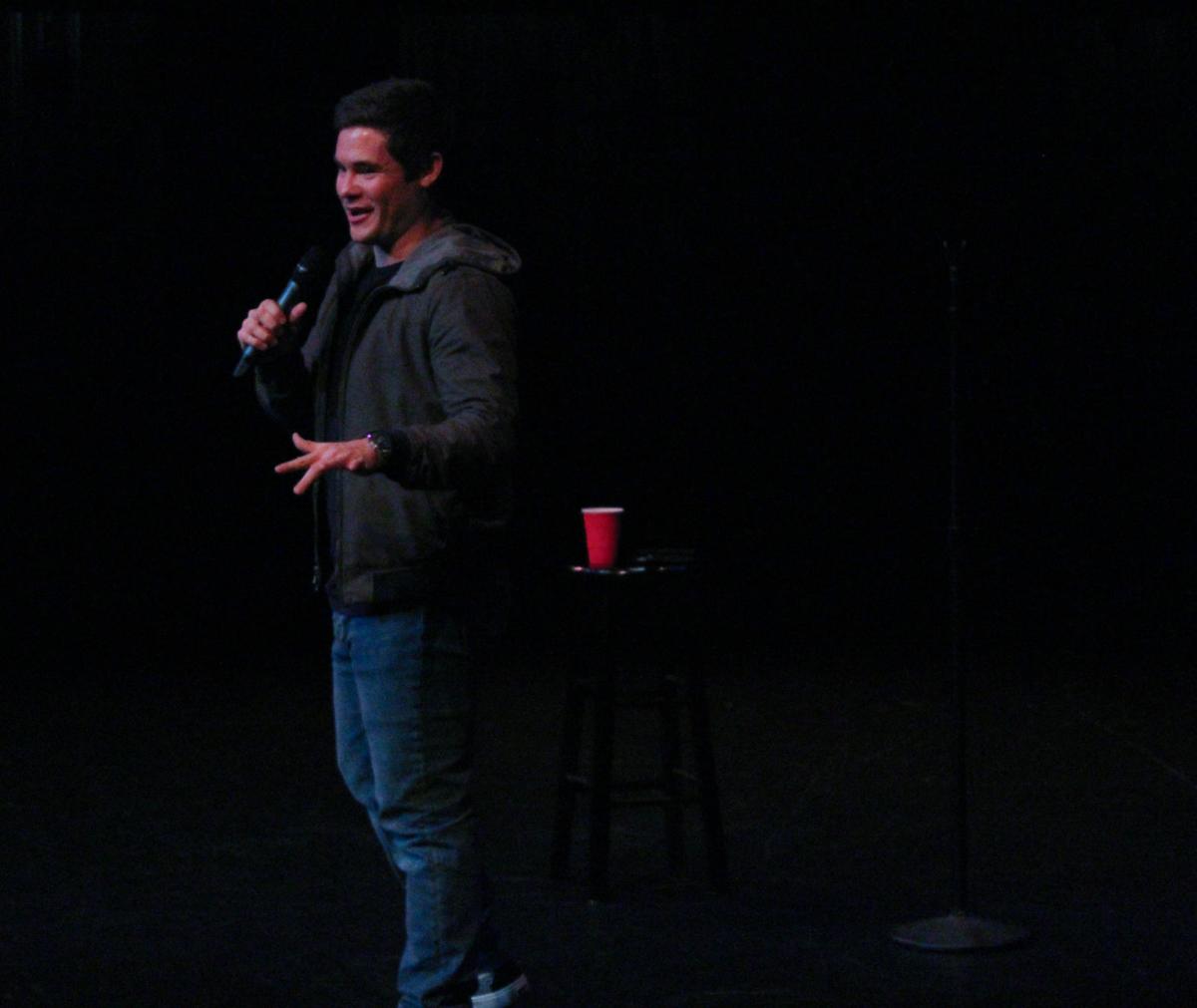 One of the most sought after comedians Adam Devine livens up the Lied Center Thursday night. He has starred in Pitch Perfect and Mike and Dave Need Wedding Dates. 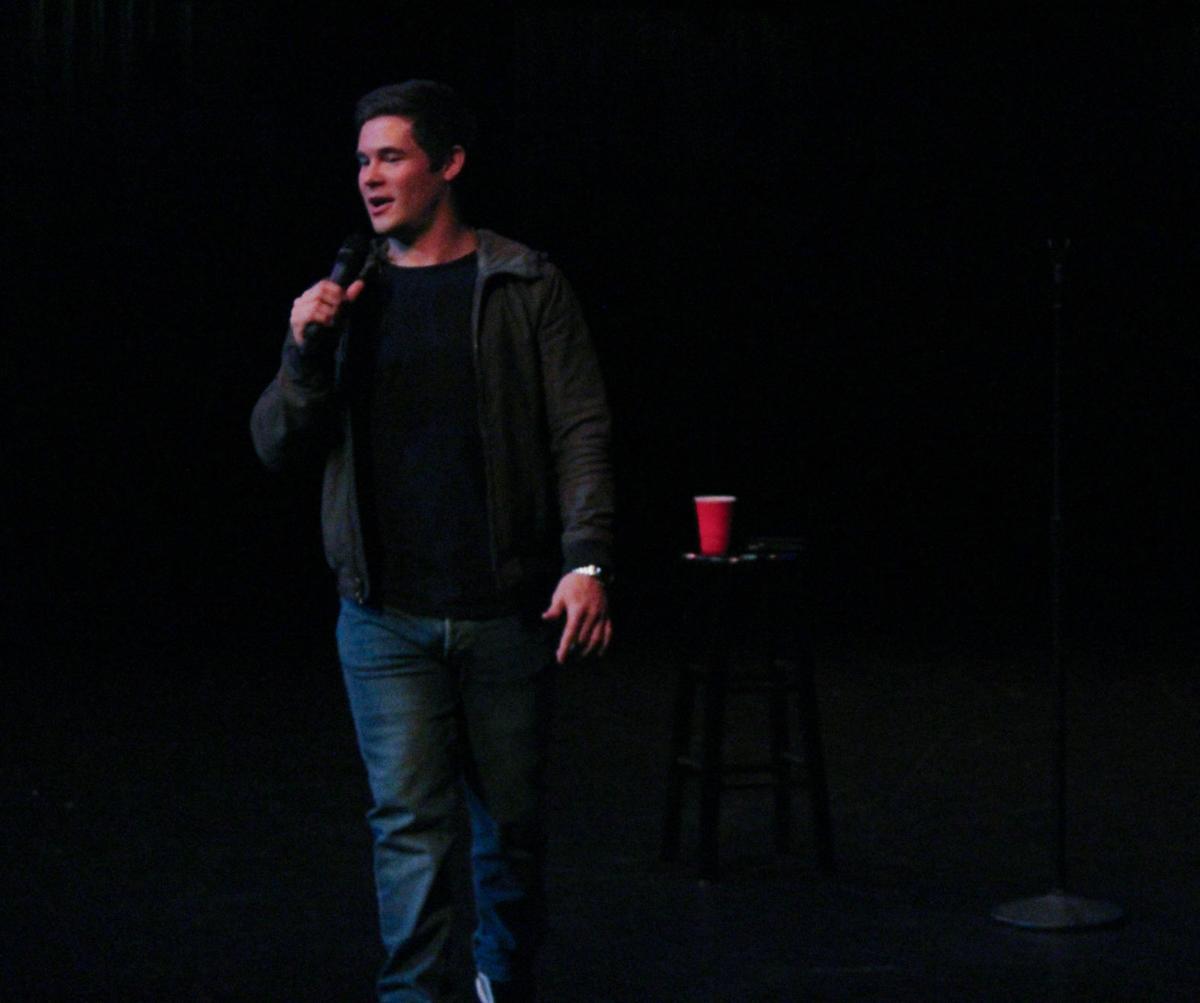 Adam Devine brings his Weird Life tour to the Lied Center Thursday night. The show was originally scheduled for October but was moved back.

One of the most sought after comedians Adam Devine livens up the Lied Center Thursday night. He has starred in Pitch Perfect and Mike and Dave Need Wedding Dates.

Adam Devine brings his Weird Life tour to the Lied Center Thursday night. The show was originally scheduled for October but was moved back.

The two short words, “Heh, stupid,” followed many jokes of actor-comedian Adam Devine’s Thursday night stand-up show at the Lied Center. Devine is best known for his work on Comedy Central's "Workaholics," ABC's "Modern Family" and the "Pitch Perfect" movies, and his career path is still on the rise.

Devine performed an hour-and-a-half set that touched on subjects like being rich, global warming, dying polar bears and his mistake in thinking “Pitch Perfect” was a baseball movie when he auditioned. Omaha native Austin Anderson opened for Devine before he got on stage.

Anderson warmed up a nearly sold-out audience at the Lied Center, starting his set by mentioning how he was enjoying being in Lawrence. Anderson continued his 20 minute set discussing everything from being a Ninja Turtle in a man’s body to fast-food chains' plan to slowly kill everyone.  The crowd took to Anderson's set quickly.

“[Anderson] was really funny,” John Foster, a student at the University attending the event, said. “They both did a really great job.”

Anderson ended his set by introducing Devine to the audience and welcoming him onto the stage. Devine walked out to widespread cheering and applause from the audience. He opened his set with high praise for Lawrence and hate for the city he had just come from performing: Oklahoma City.

Instantly from that joke forward, Devine controlled the stage with a vivid, outgoing personality and animated body language.

“I loved Chris Farley growing up,” Devine said in an interview after the show. “He was my favorite comic. He was always falling through tables and running through walls. So to me, I knew early on when I was a kid, to get a laugh you could flip over a couch or fall down some stairs.”

Devine’s outgoing personality showed within his first bit of the night, where Devine describes his attempt to get away from fighting someone. First, run away — shown by him darting across the stage — and then advising the audience to act deaf to avoid a fight, as "no one wants to be the person to punch a deaf person," he said.

Devine quickly redacted his statement, saying anyone who acted deaf during the fight would immediately be beaten up.

Devine then riffed about his work on Comedy Central's "Workaholics," and said his personality matches up more with Adam DeMamp than anyone he's ever played

"[In college] I was more like my 'Workaholics' character," Devine said. "Luckily, I wasn't exactly like him or I'd be dead."

Between talking about differences in puberty between boys and girls and a dude’s night out at the nightclub, a member of the Lied Center staff walked onstage to get backstage. Devine noticed, jumped in fear and took a deep breath.

“I thought that was an assassination attempt,” Devine said.

Devine interacted with the audience throughout the set. At random points during the show, audience members shouted quotes from “Workaholics,” “Pitch Perfect” and “Mike and Dave Need Wedding Dates,” prompting Devine to ask what the audience most knew him for. The majority of the audience applauded for "Workaholics," but the whole crowd laughed and applauded when he shared his thoughts on the people who come to his shows.

“I always assume there are at least three people who think they are at an Adam Levine concert,” Devine said.

Whether it was acting like a T-Rex or yelling out to the crowd, Devine stayed strong until the end to give Lawrence the best show possible.

“I felt like the crowd was really loose and having a good time,” he said.