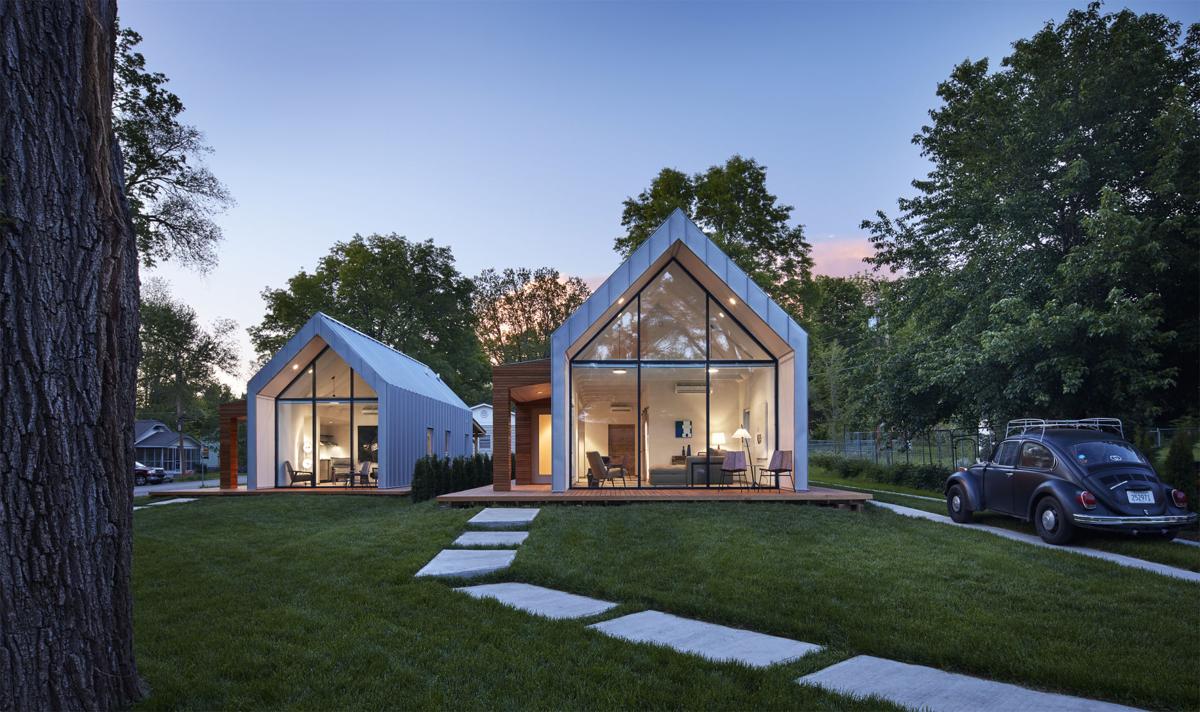 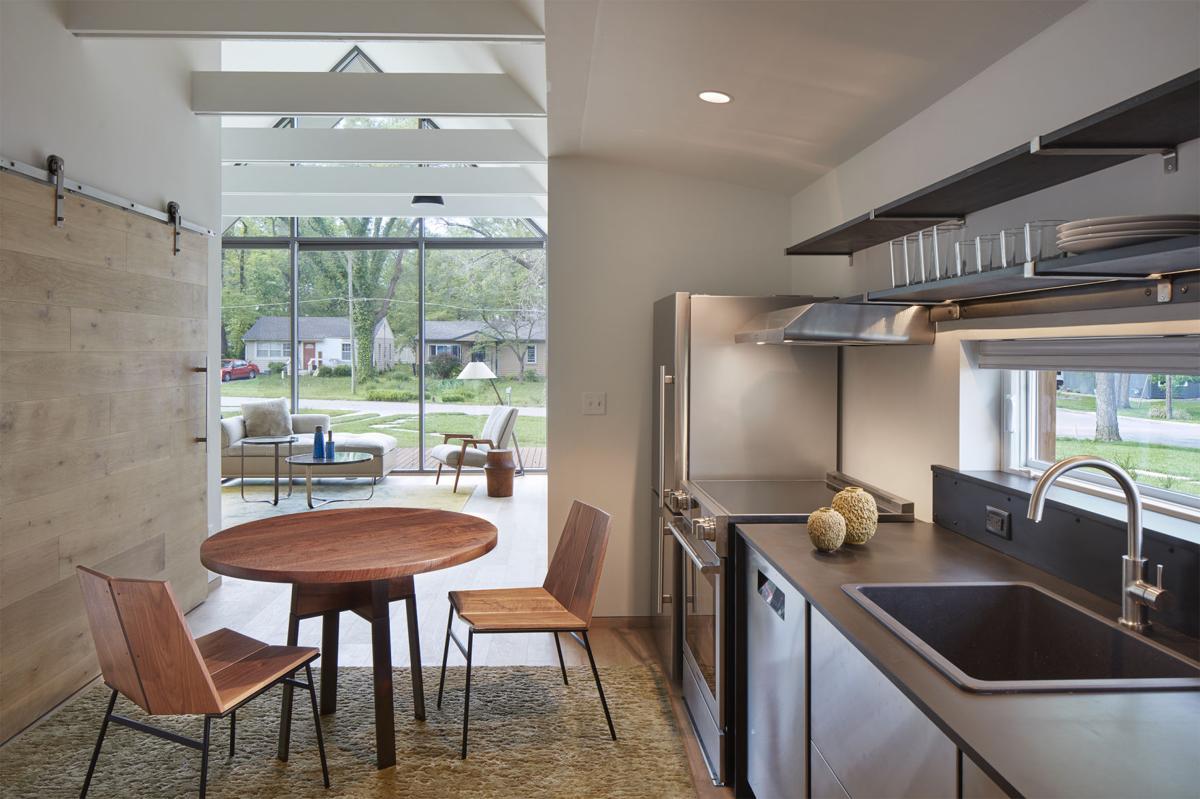 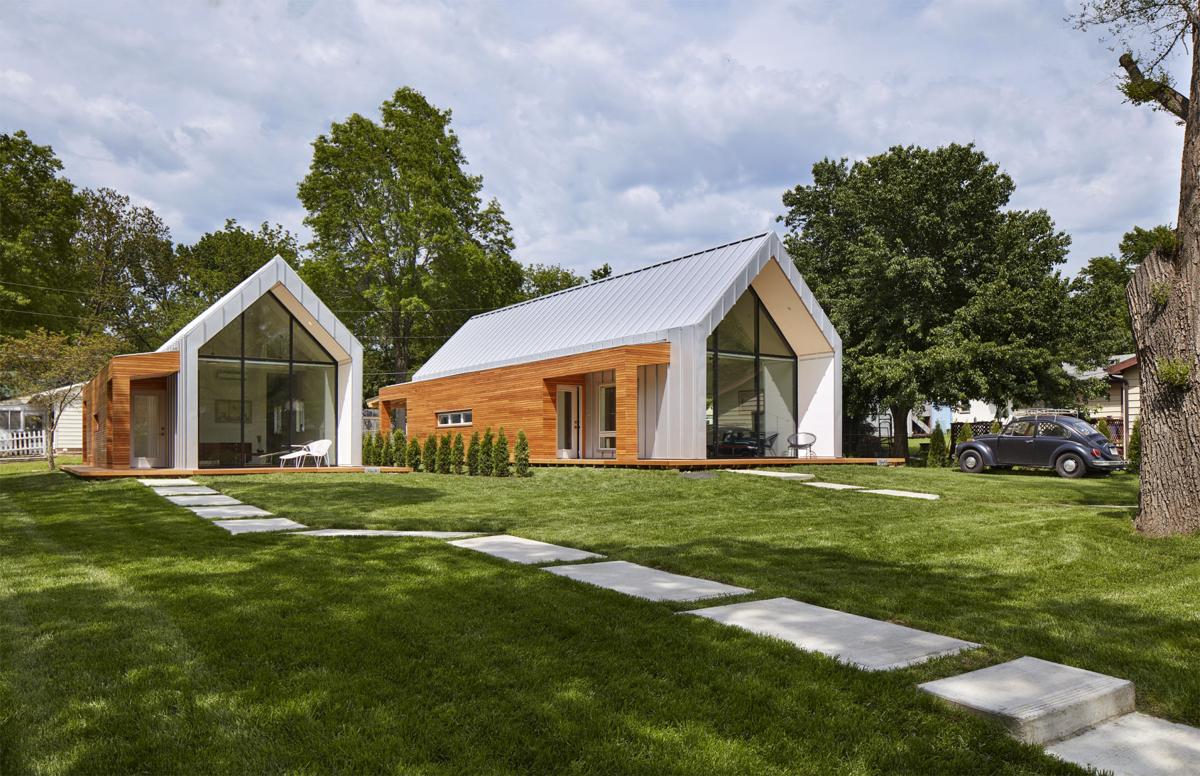 The two houses share a lot in East Lawrence. 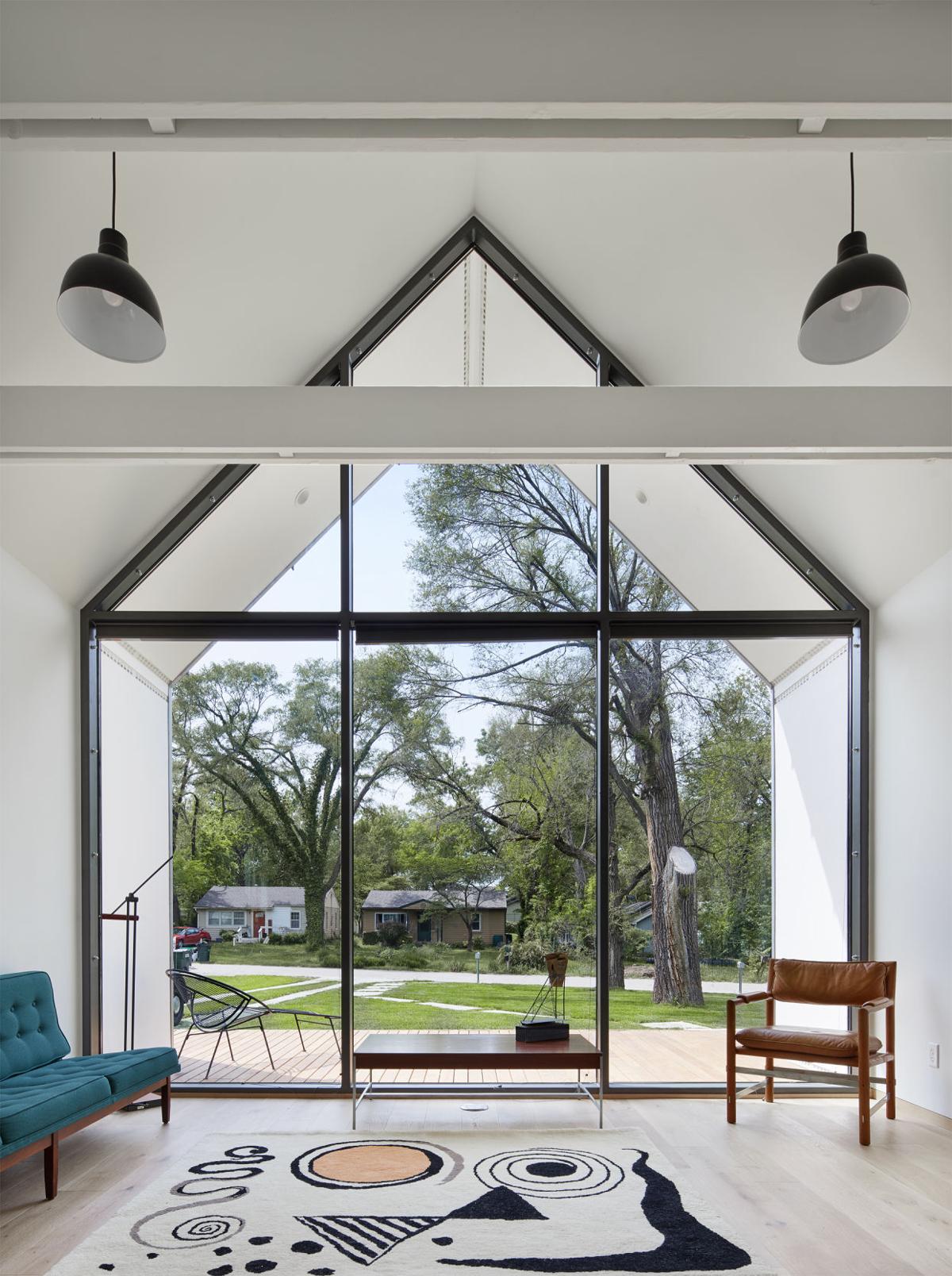 The houses feature large windows and an open layout. 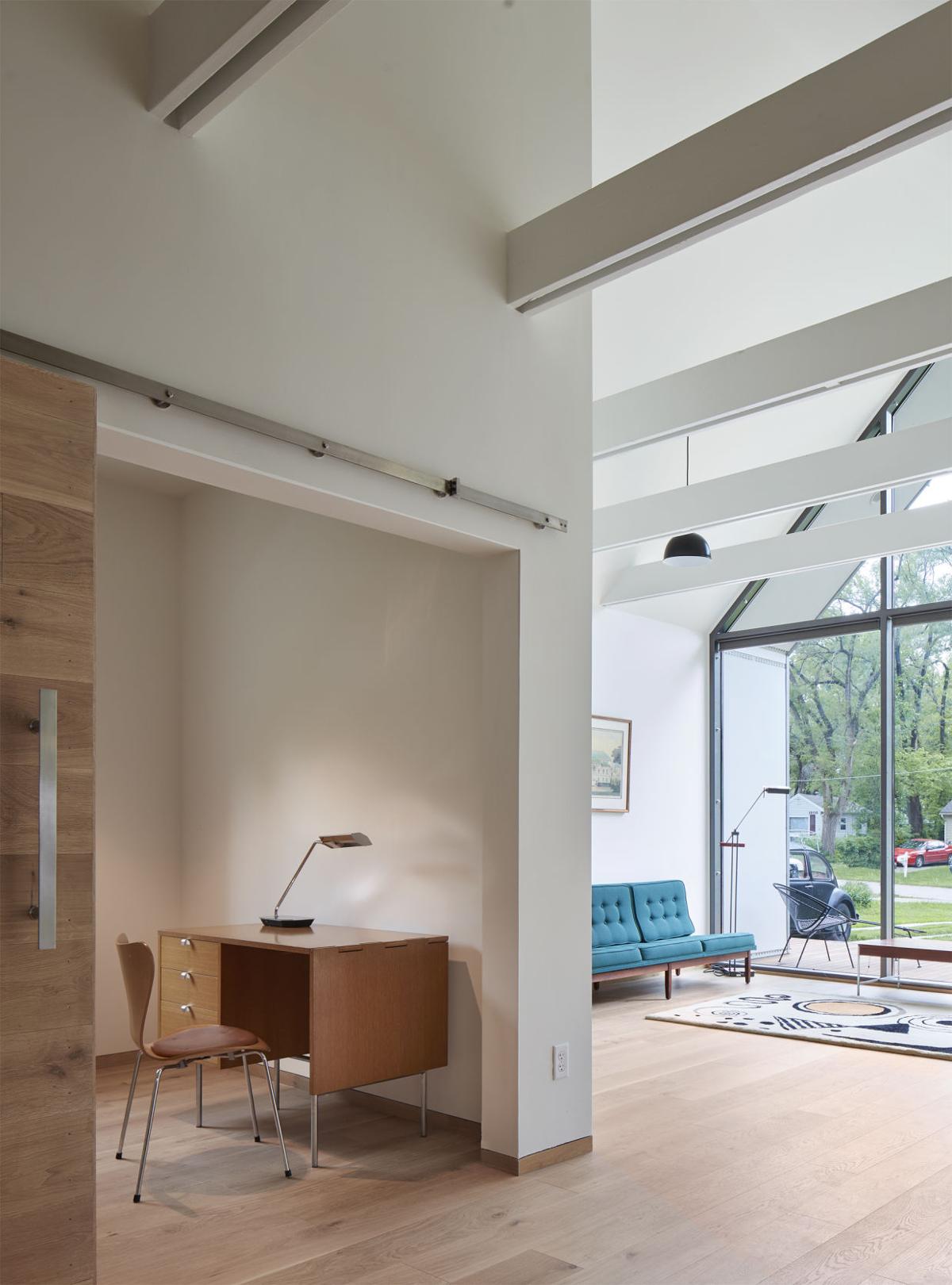 The houses are Leadership in Energy and Environmental Design platinum-certified.

The magazine awarded the project honorable mention in its affordable housing category.

Studio 804 is a class in the School of Architecture and Design offered to graduate students in their final year of the program. Taught by architecture professor Dan Rockhill for the past 25 years — since the studio’s creation — the class offers a unique and valuable experience to architecture majors, Rockhilll said.

“We have an international reputation,” said Rockhill, the executive director of Studio 804. “It’s a very unique program. We have name recognition at quite a few places, which is nice to help students get jobs.”

Rockhill said he wants the studio to focus on projects that will help prepare students for the current architecture field. He said the tiny house project fits that mission.

“That’s part of what our mission is,” Rockhill said. “I try to bring issues that are important to the culture of building to the forefront for these students to address.”

Rockhill and his students constructed two small homes in East Lawrence as their project last year. Although the homes would not be technically classified as tiny homes, which are typically defined as being under 600 square feet, both of the Oak Hill Avenue homes are under 1,000 square feet. Rockhill said he “isn’t splitting hairs.” The decision to build these smaller homes came from the growing trend in Lawrence’s development to increase density in older neighborhoods, Rockhill said.

Since the city of Lawrence places importance on increasing density, Studio 804 solved the issue by placing two smaller homes on one lot in the Oak Hill Avenue neighborhood.

Rockhill said the smaller homes were meant to target couples who no longer have children and are looking for something close to downtown that is smaller without lacking amenities.

“The advantage to building the smaller houses is that we’re not overdoing the size of it and the consumption of energy,” Rockhill said.

The Oak Hill Avenue homes have large windows, an open layout and are platinum-certified by the Leadership in Energy and Environmental Design rating system.

Both homes sit on the same lot and share a yard with pathways that lead to each one. Around 600 square feet, the smaller home located on the northwest corner has one bedroom with a kitchen and open living space. The larger of the two at around 950 square feet uses a similar design and has two bedrooms.

One of the houses has already sold, and the other is under contract. All of the money will go to Studio 804.

Over a nine-month period, students in Studio 804 found the property, developed the designs, created the construction documents and finally constructed the homes. The studio completes every part of the process on its own with no outside help or contracting, Rockhill said.

Grace Kennedy, a University and Studio 804 alumna who helped build the tiny homes, said the experience of building the Oak Hill homes developed not only career skills but something personal, too.

“These friendships I made from the people that were in the studio with me, they’re so lasting,” Kennedy said.

The friendships are partly due to the immense amount of teamwork required to build these homes over the course of the project.

“It’s amazing to be a part of every single step of the process,” Kennedy said. “Overall it was just a fantastic experience, and I’m so glad I was a part of it.”