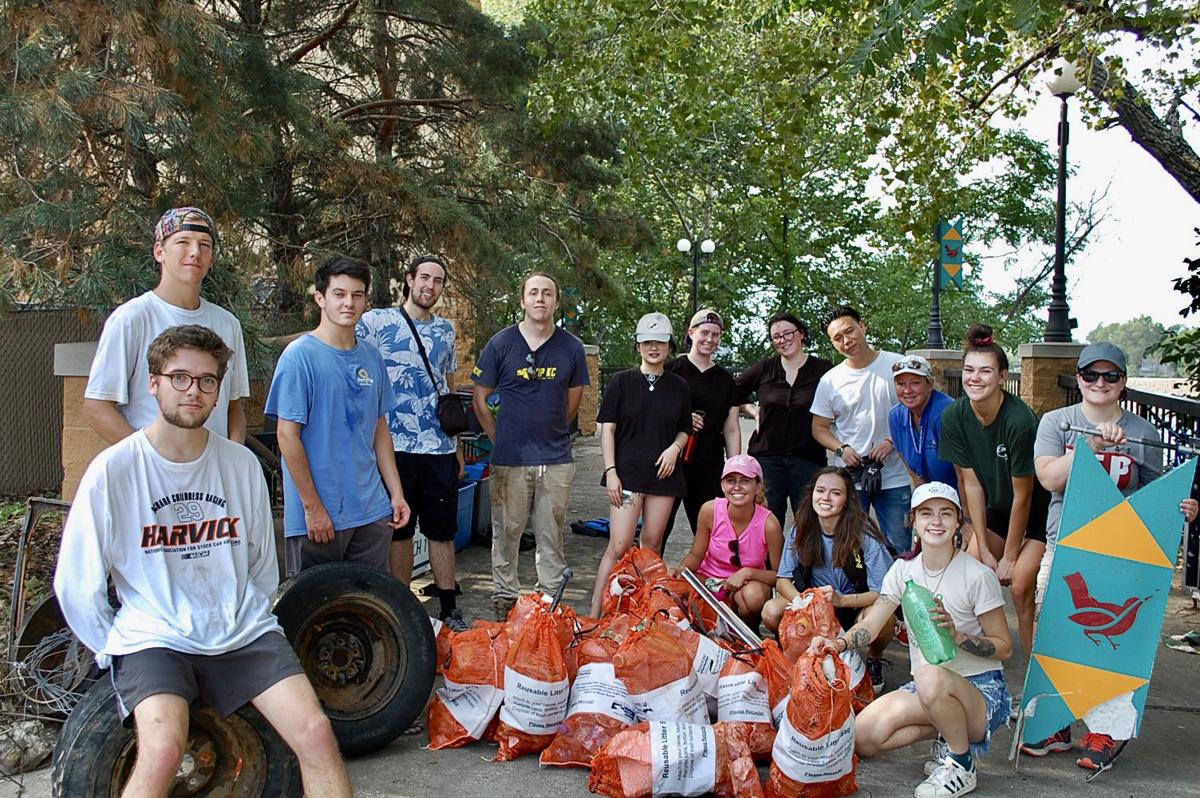 Students in the introductory sculpture class, SCUL/ENVR 330, cleaned up a section of the Kansas River with Dawn Buehler who is the Kansas Riverkeeper from the water conservation group Friends of the Kaw. 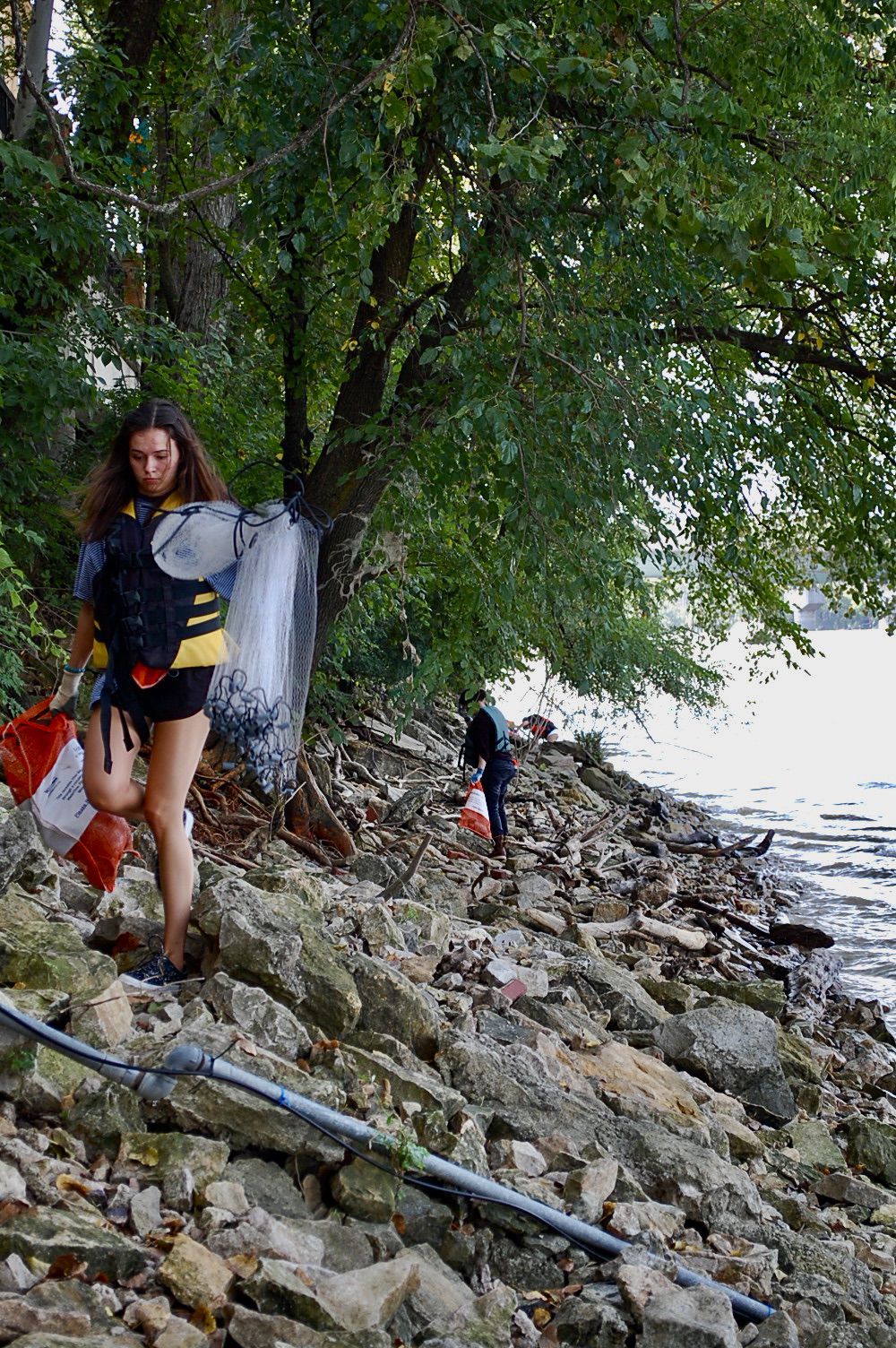 Eleanor Walsh cleans up waste from a section of the Kansas River. 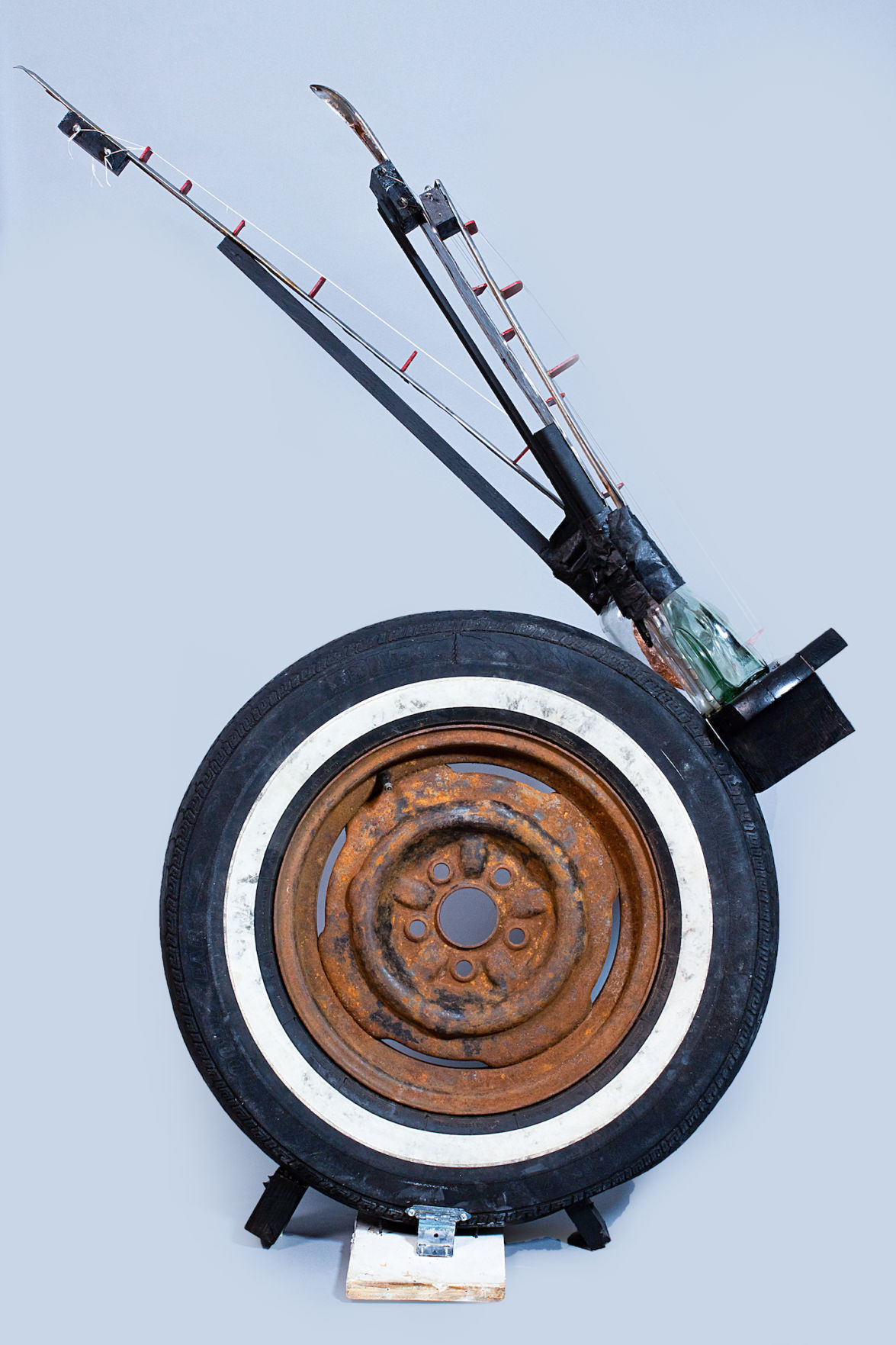 Senior Sarah Curry made an instrument called "Ziggy" out of a white wall tire.

An introductory sculpture class will host an exhibit in which they’ve transformed waste collected from the Kansas River into sculptures.

“As makers, we have this incredible opportunity to tell the story with this waste,” said Brandi Lee Cooper, the art at the intersection of science artist-in-residence at the University who teaches the SCUL/ENVR 330 course. “My students have done an amazing job of that — telling stories with waste.”

The class will host the exhibit “RE•STORY•ATION” at the Lawrence Public Library from Dec. 6 to Dec. 15. All of the proceeds from sales of the work will go to the local water conservation group, Friends of the Kaw.

The inspiration for the project came from a curriculum designed by Aurora Robson, the founding artist of Project Vortex. The sculpture class was also previously taught by Matt Burke before he retired and Cooper took over the class this semester.

Not all of the students have a background in visual art, so for some, this is their first time creating a sculpture.

The students spent a class period earlier in the semester cleaning up part of the Kansas River at Ninth and New York Streets. Several students said they found items such as single-use plastic, plastic bags, Styrofoam, car parts and barbed wire. The class worked with Friends of the Kaw and Kansas Riverkeeper, Dawn Buehler, to clean up the section of the river.

“It was a really rewarding experience, and if I have the time, I really want to do that again because it was nice working with Friends of the Kaw,” said Alex Mrla, a junior from Stilwell studying environmental studies with a visual art minor.

The title of the exhibit, “RE•STORY•ATION,” emphasizes bringing personal stories and connections to the sculptures and pieces used, said Sarah Curry, a senior from St. Louis who is in the class and studies women, gender and sexuality studies with a minor in visual art.

“These are all pieces of us and parts of our lives, so our purpose in ‘RE•STORY•ATION is to go and find the pieces of trash, the debris that speaks to us, speaks to our memories and also maybe to others,” Curry said.

For her sculpture, Curry made an instrument called “Ziggy,” which tells a personal story of hers.

“I found a beautiful white wall tire in the river,” Curry said, “And I was really attracted to it because my whole family is really obsessed with cars, especially my grandfather.”

Mrla, also a student in the class, made a sculpture called “King of the Mountain.” Mrla made a crown, scepter, a cape and a “mini mountain” using single-use plastic, including Target and Walmart bags, beer bottles and Coca-Cola bottles.

“It’s a comment on corporations and how much trash they produce,” Mrla said.

The project — and the class — has had an effect on the students’ behaviors, several of the students said, because the project is about educating, creating conversation and working toward change.

“A lot of us, because of this class, made personal changes — just small ones — and then when you make the small ones, it can turn into a ripple effect,” said Nicole Meyers, a junior from Lenexa who’s also in the class and studies visual art with a minor in art history.

The exhibit’s opening reception will take place on Friday, Dec. 6 from 4 to 6:30 p.m. at the Lawrence Public Library.