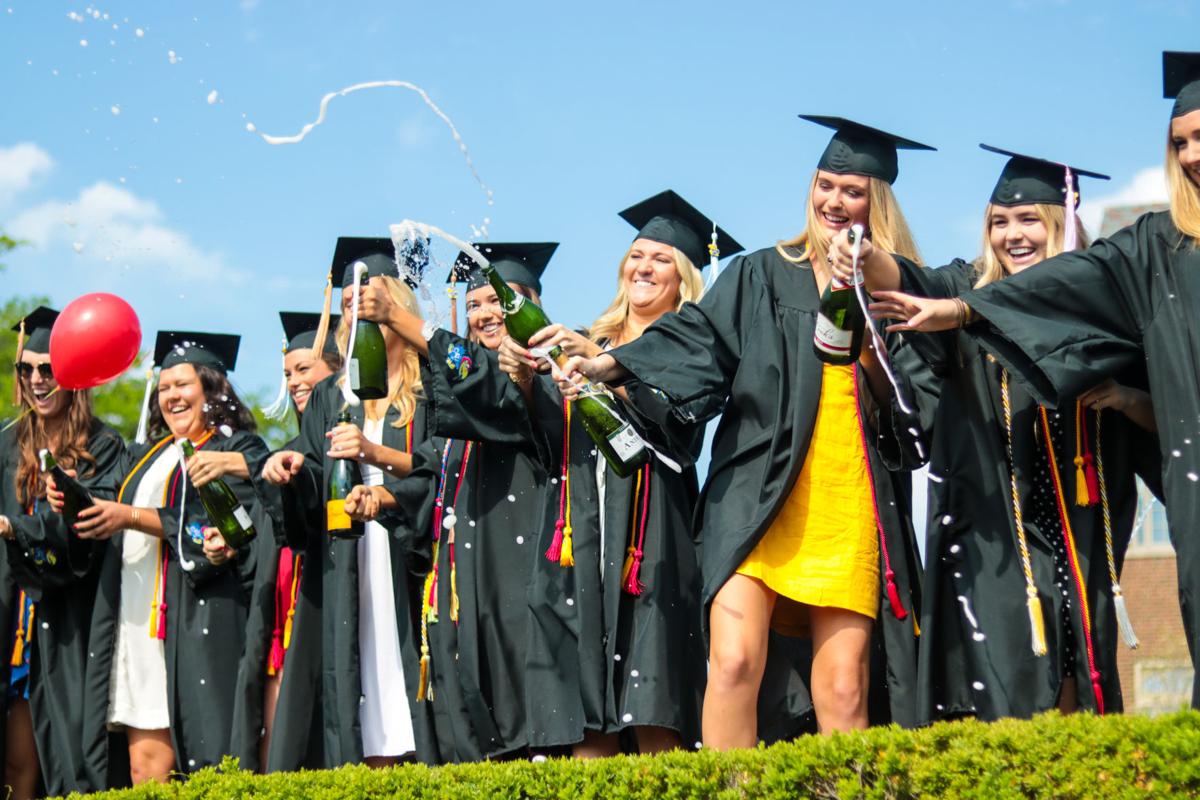 A group of friends pop their champagne bottles in front of the Chi Omega fountain Sunday morning before the annual Commencement ceremony in 2018.

A group of friends pop their champagne bottles in front of the Chi Omega fountain Sunday morning before the annual Commencement ceremony in 2018.

This story is part of the University Daily Question series, a platform for readers to submit their questions about the Lawrence and University communities.

The longer answer? A 1987 bill in the Kansas legislature generally banned alcohol consumption in public places and made the University of Kansas a dry campus. However, the question of why is more difficult to answer than it appears.

Joanna Dolan, principal research analyst from the Kansas Legislative Research Department, said the legislature does not include statements of intent with bills.

Most of the documentation regarding this issue simply explains the law was passed — it does not explain why. Additionally, no testimony recorded in the minutes regarding the passing of this bill was from or about post-secondary institutions, she said.

Many provisions in the KSA 41-719 bill came directly from a 1985 study requested by former Gov. John Carlin, Dolan said. The full report of this study, which does not mention university campuses, is located at the Kansas State Library.

The bill does not explicitly mention universities, other than the locations on Kansas campuses exempted from this law. The primary locations it mentions are public streets, alleys, and roads or highways, according to the Kansas Office of Revisor of Statutes.

Though the University of Kansas and its exemptions are never explicitly mentioned in the statute, there are several locations on campus that allow alcohol, including museums, the Alumni Center, the Chancellor’s Residence and the scholarship suites at Memorial Stadium, according to KU Info.