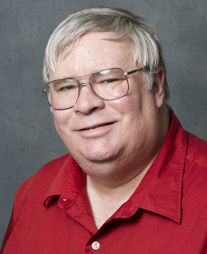 Guth, a Strategic Communications professor at the William Allen White School of Journalism, has been placed on administrative leave following a controversial tweet.

Guth, a Strategic Communications professor at the William Allen White School of Journalism, has been placed on administrative leave following a controversial tweet.

Associate journalism professor David Guth, The university placed Guth on administrative leave for the Sept. 16 tweet aimed at the National Rifle Association that said, “Next time, let it be YOUR sons and daughters. Shame on you. May god damn you.” The tweet came in the wake of the shootings and sparked a strong response from the public and state legislators.

“My September 16 tweet following the Navy Yard shootings has caused a great deal of pain for many people, and for that I apologize,” Guth said in a statement to the Kansan. “Some interpreted my tweet differently than it was intended: I don't want anyone's children hurt.”

Thursday, the University announced that Guth would return to the school on Friday but not in a teaching capacity. Provost Jeffrey Vitter made the decision based on the recommendation of a seven-member committee of faculty and staff assembled by Chancellor Bernadette Gray-Little.

“The committee conducted a full review, and their input was instrumental in arriving at this decision,” Gray-Little said. “Our decisions throughout this situation have been guided by the facts and the law, respecting the interests of our students and the rights and responsibilities of citizenship.”

William Allen White School of Journalism Dean Ann Brill said she wouldn't comment on personnel issues, but that Guth is returning to assist in the school's accreditation review.

“We do have a lot of work to do on assessment as we prepare for various levels of accreditation, and that's some of the work he will be doing,” Brill said.

Guth was placed on leave after reaction to the tweet caused a disruption in the University's learning environment. The disruptions led to security concerns from University administration.

Guth took responsibility for the consequences of the controversial tweet in his statement.

“The fact that my words were misconstrued is my fault - I am the professional communicator and I didn't do a very good job,” Guth said. “For that, I apologize. I also regret that my statements have had a negative impact on the university community.”

This story has been updated from a previous version.