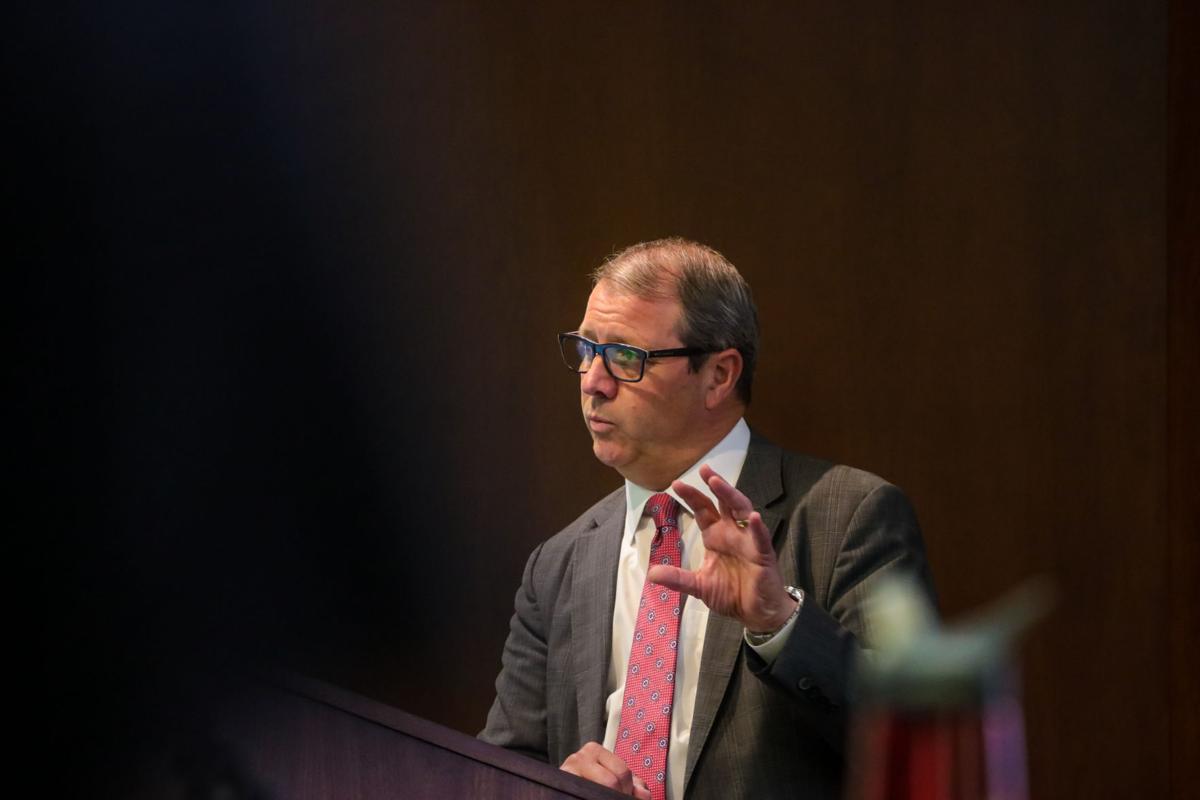 University of Kansas Chancellor Douglas Girod provides opening remarks at a Student Senate meeting in September. He told members of the Kansas Board of Regents the University anticipates a nearly 10% decrease in enrollment. 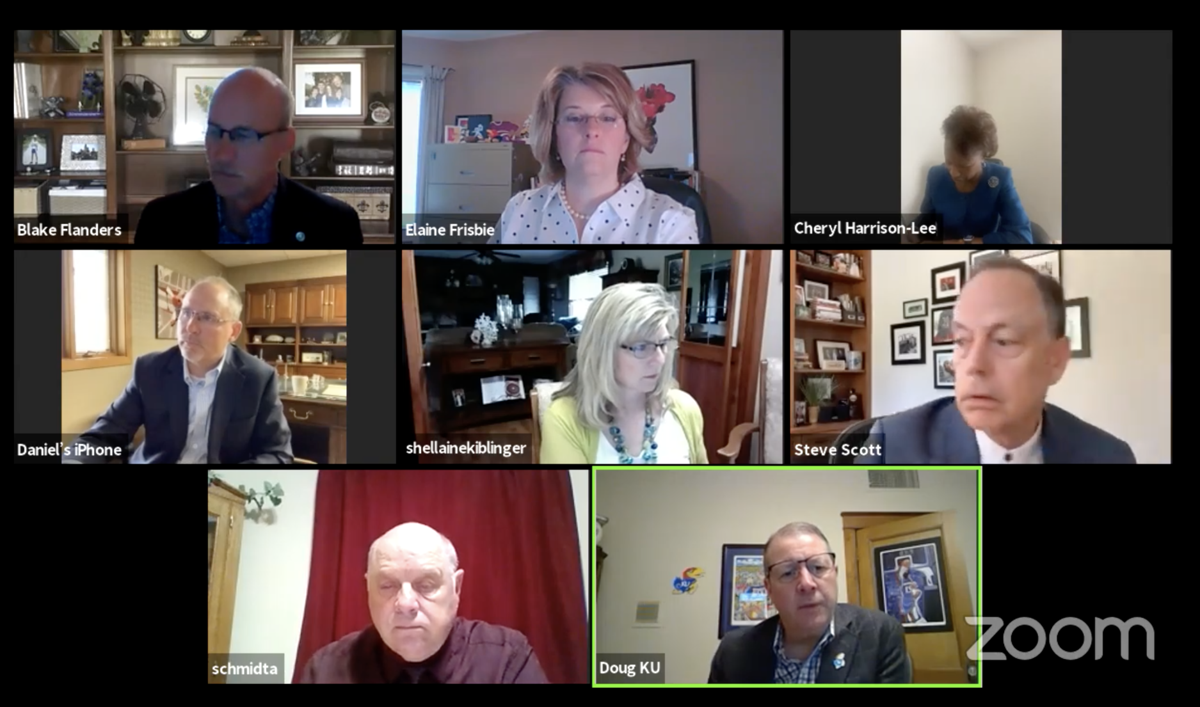 The Kansas Board of Regents met virtually for a meeting Thursday.

The University of Kansas is anticipating a nearly 10% drop in enrollment for the fall 2020 semester, Chancellor Douglas Girod said Thursday at a virtual Kansas Board of Regents meeting.

The numbers are difficult to read at this time, Girod said, but after looking at deposits and housing contracts from first-year students, the University is estimating an 8% to 10% drop in enrollment as a result of the coronavirus pandemic.

“That’s if they all show up. But I think those are pretty soft numbers," Girod said. "And I think a lot’s going to depend on how it plays out over the summer.”

Girod’s comments came after the annual enrollment report by KBOR. The report did not predict what enrollment would be during fall 2020, but did cite national polling data that shows some students have concerns about returning to campus.

A 10% enrollment decrease would be a loss of around 2,800 students, according to data from the University's Office of Analytics and Institutional Research. Total enrollment at the University was 28,423 in fall 2019.

“I think the worst-case scenario, frankly, is a lot worse than that,” Girod said during the meeting. “Of course, the best case would be that the numbers hold and we close the gap like we have in most years and we have relatively flat [enrollment]. But I think we are anticipating a reduction in enrollment.”

Girod did not say what the cost of an enrollment reduction of this size would be. He said in April at a virtual town hall that the University expects to suffer losses in the tens of millions of dollars in revenue because of the abrupt closure of campus this past spring semester.

KU updated its five-phase plan to reopen campuses in a statement Wednesday. There is no set timeline for each phase.

In April, Girod and other campus leaders announced they would take a 10% pay reduction for the next six months, totaling $573,500 in payroll savings. KBOR approved this pay cut at the meeting.

On Wednesday, Girod and Provost Barbara Bichelmeyer updated their five-phase plan to reopen campus. The final step of the plan is a full repopulation of campus, but there is no set timeline for when that will be possible.

“The steps for reopening our campus will need to be consistent with, but not faster than, the phases outlined by the State, each campus’ respective county officials, and each campuses’ emergency planning authority,” the statement said. “Thus we can expect these steps to evolve over the course of the summer and fall, and we will need to adjust as the circumstances warrant.”

KU Chancellor Douglas Girod said there are a number of still unknowns, but anticipates nearly 26% of the general use operating budget will be gone.