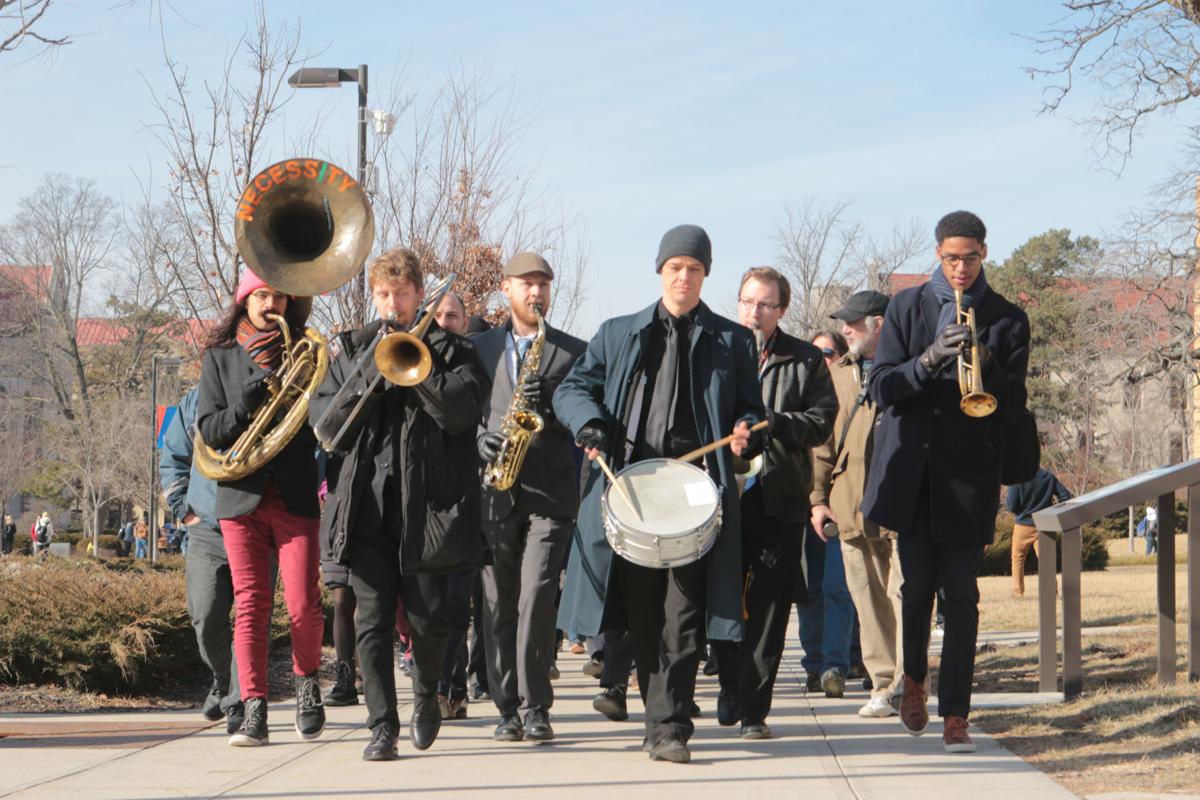 The Martin Luther King Jr. March Across Campus travels down Jayhawk Boulevard toward the Kansas Union. 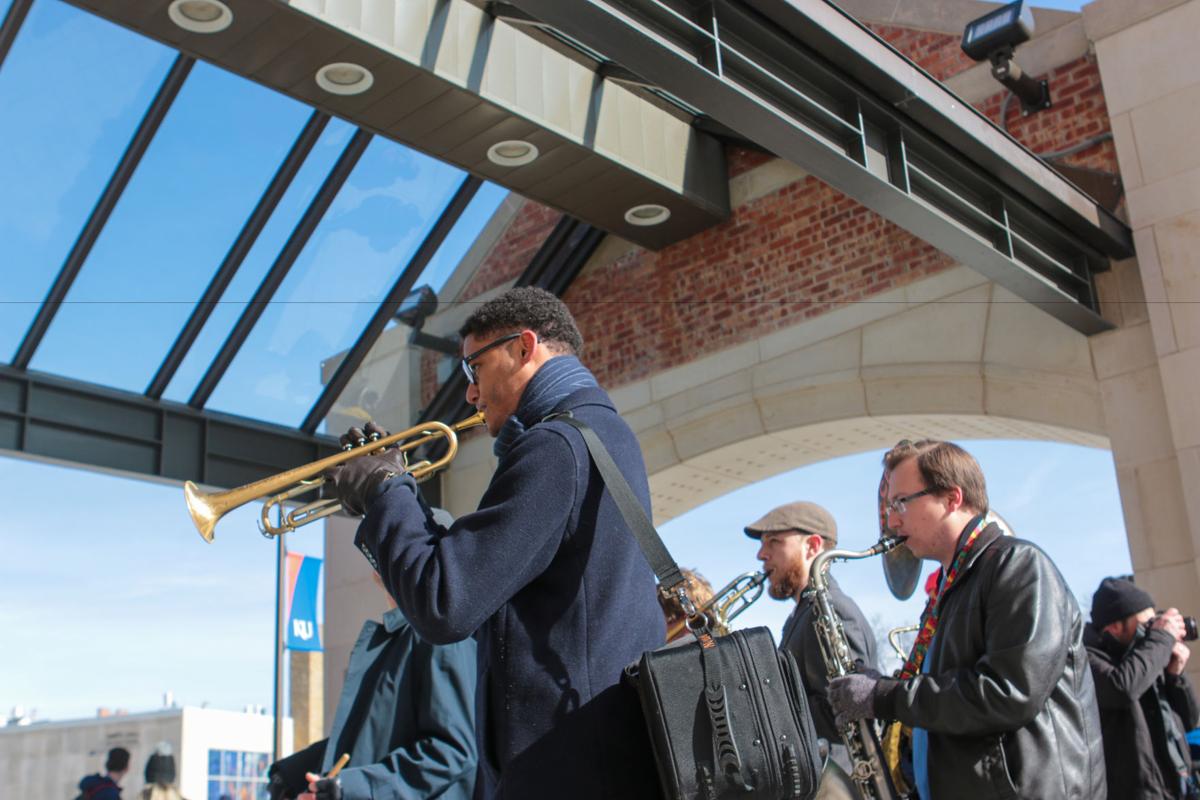 The Martin Luther King Jr. March Across Campus travels down Jayhawk Boulevard toward the Kansas Union. A six-member band played songs such as "Down by the Riverside" throughout the march.

A crowd of students, staff and faculty at the University of Kansas marched from Strong Hall to the Memorial Union to honor the legacy of civil rights activist Martin Luther King Jr. Tuesday afternoon.

The march was a part of an annual event, called March Across Campus, coordinated by the Office of Diversity and Equity. The University scheduled the march the day after the annual holiday commemorating King because students, faculty and staff have all returned to campus.

Chancellor Douglas Girod and Interim Provost Carl Lejuez gave opening remarks ahead of the march down the boulevard in the rotunda of Strong Hall.

Girod said King would be pleased today with progress made surrounding the removal of Jim Crow laws, but the Tuesday march was meant to reflect on how much more social progress needs to be made.

“We have not made a lot of headway on things like educational inequity, employment inequity, health inequities and certainly inequities surrounding incarceration and other issues,” Girod said. “I think today is certainly a chance to think about those issues.”

Lejuez said the march would be a good time to reflect on the work the University has done for diversity and equity on a daily basis by hiring diversely and creating an inclusive environment on campus.

“Today’s words are important, but our actions are equally important,” Lejuez said. “I hope that the community continues to push us to live what we said today, and we will continue to be good stewards of the opportunity that we have.”

Following opening remarks, marchers walked in groups of three toward the Kansas Union. A six-member band led the marchers and played songs such as “Down by the Riverside.” As the group walked down the boulevard, students gradually joined in the march.

This afternoon, KU students, staff and faculty marched from Strong Hall toward the Kansas Union to honor the legacy of Martin Luther King, Jr. @KansanNews pic.twitter.com/NdDDrGbscH

Once the marchers arrived in the Union, Jennifer Ng, the interim vice provost of diversity and equity, gave closing remarks in the Union’s lobby. She thanked those who attended for coming and reminded marchers that exemplifying the legacy of King should be extended beyond a day.

“I think it’s great that this happens on the first day of classes because it’s so easy in our day-to-day lives to get caught up in the routines with assignments and classes,” Ng said in an interview with the Kansan following the event. “Just having time set aside for a purpose and set apart for reflection and engagement with each other about sort of these larger principles and ideas is really important.”

The march was a part of events scheduled throughout Tuesday to honor King. Other events included roundtable discussions on King’s legacy, according to a news release from the University.