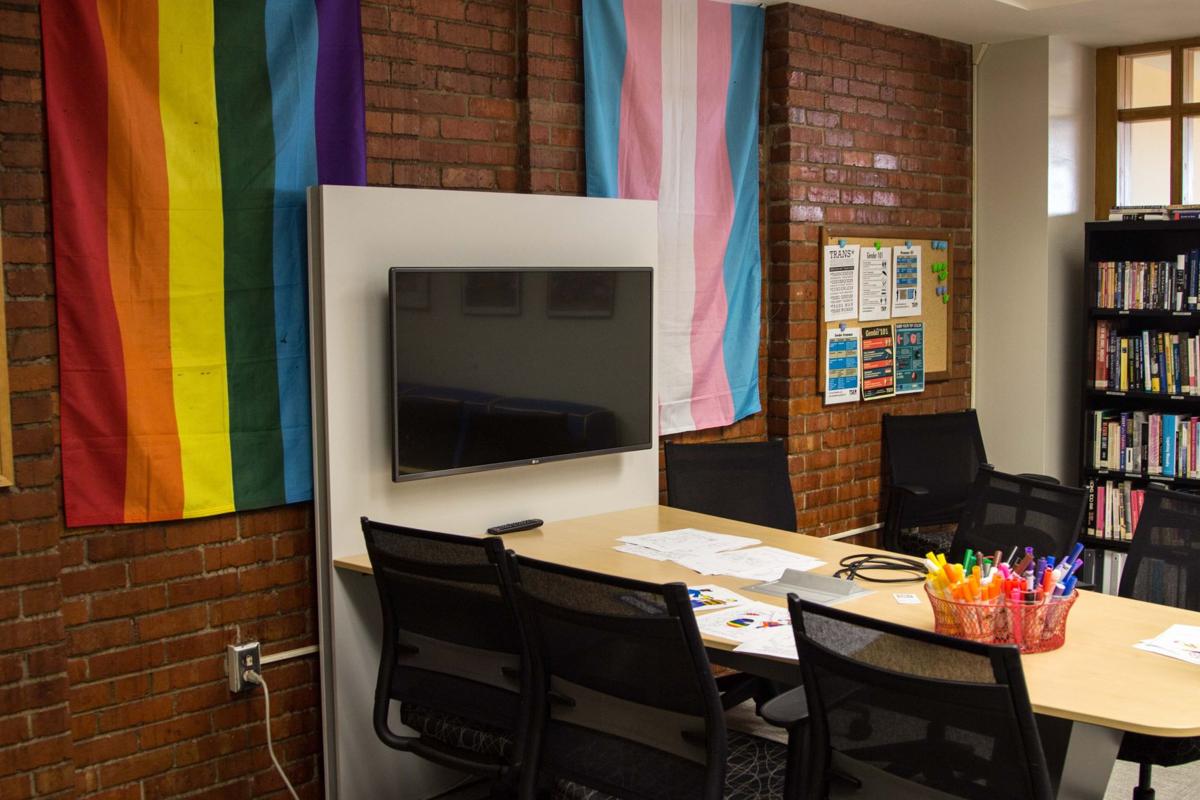 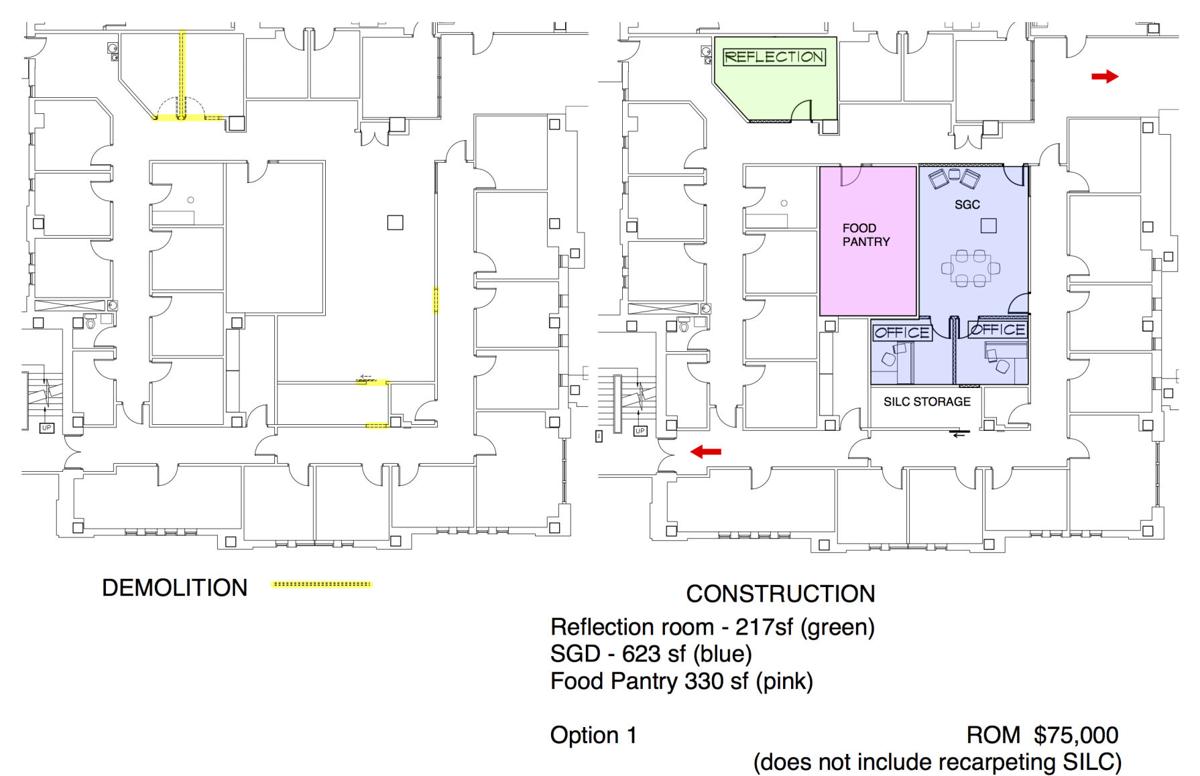 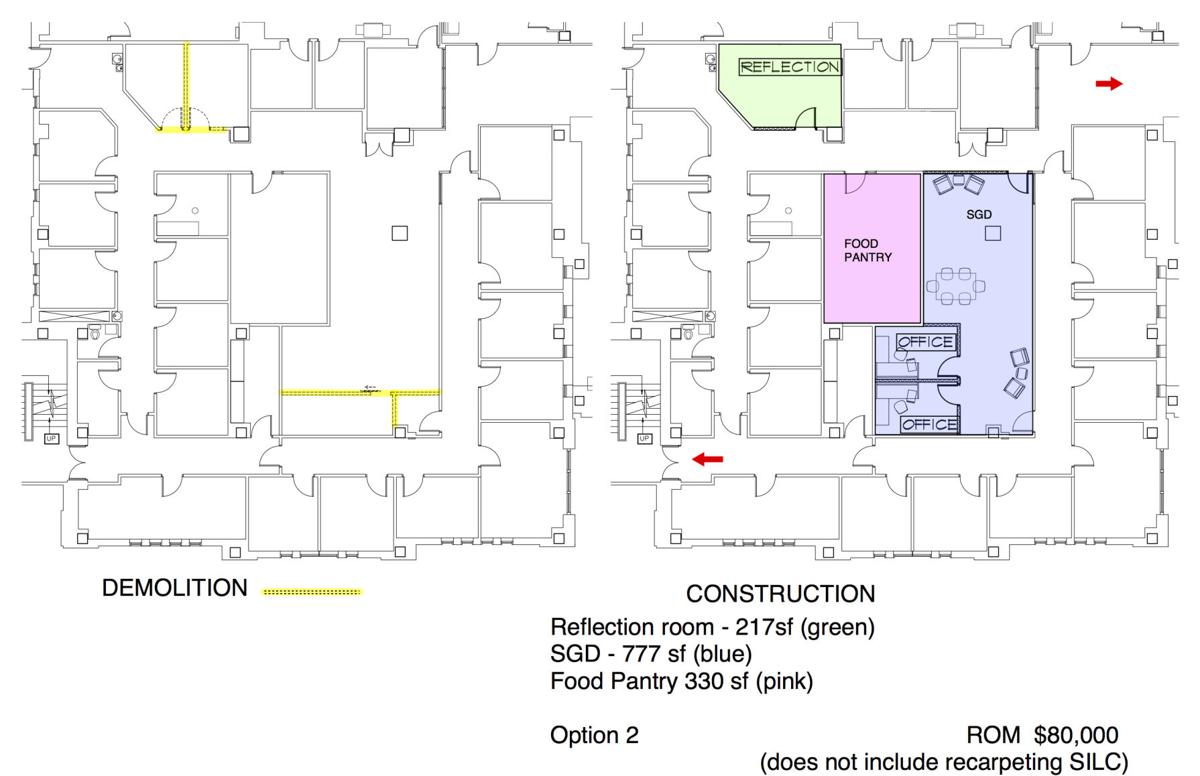 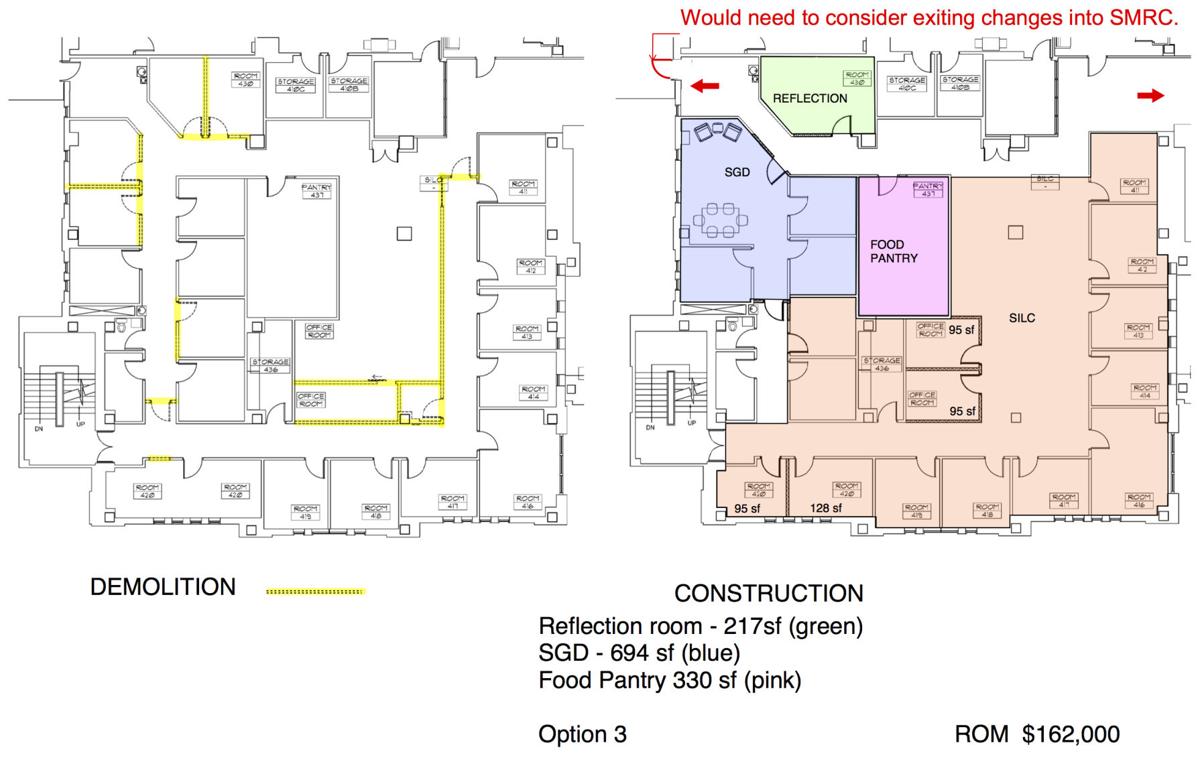 The Memorial Corporation Board voted to move forward with three options for the relocation of the Center for Sexuality and Gender Diversity following the termination of its lease with the Student Involvement and Leadership Center. The center is set to relocate in August 2020.

All of the options combine Space 429 and 430 to make a new reflection room, according to the floor plans. The room will double in size and move to the area across from the KU Campus Cupboard. This is the fourth time the reflection room has moved in two years.

The three options for the new SGD Center, as displayed in the floor plans, are as follows:

Director of KU Memorial Union Building and Event Services Lisa Kring said the options are currently under review by the Provost Office, where the final decision will be made.

“I think that regardless of which of the three options are chosen by the Provost Office, as we understand it, all three options meet the needs for the reflection room and then for the center,” Kring said.

The SGD Center has to move from its current location occupied by SILC following the end of a three-year contract. The Center was to choose between two options: the Crossroads in the Union or Space 435 in the Union, which is currently occupied by a reflection room.

“On our behalf, we knew that the center would need to move,” said Precious Porras, assistant vice provost for diversity and equity. “Students were surprised, especially since students want to see permanency for the center. This move will be the permanent home of the center foreseeably for the next ten to 15 years until it outgrows the space.”

Kring said the decision to move the reflection room, however, was made to accommodate for the needs of students from the Muslim Student Association.

“What we heard from the Muslim Student Association representation, who are also with Student Senate, is that the space that exists right now that is serving as the reflection room is not large enough to serve their needs,” Kring said.

The KU Center for Sexuality and Gender Diversity plans to move into a new space on campus by August 2020. The SGD Center is currently housed on the fourth level of the Kansas Union.

The Kansan reached out to the leadership of the Muslim Student Association, but they declined to comment.

Student Body President Tiara Floyd has been working with students and administration to find a new home for the SGD Center throughout her term. Relocating the SGD Center was also one of Floyd’s goals once she was elected.

Out of the three options, Floyd said she favors option one because it is the least expensive of the three.

“I personally would be happy with any option out of the three that they take, but I know how hard and how tight budgets are in getting money and funding, donors and stuff like that,” Floyd said. “Just to keep it easy on everyone’s pockets, I would go with the cheapest one.”

Kring said the goal is to relocate the new space by the start of fall classes next year.

“The Center gives a space and gives a hope for other LGBTQ+ folks on campus and that goes for students, staff, faculty and everyone,” Floyd said. “It’s really fun to see that the folks on our campus are celebrated and that we’re showing that KU is a place that is welcoming toward these identities.”