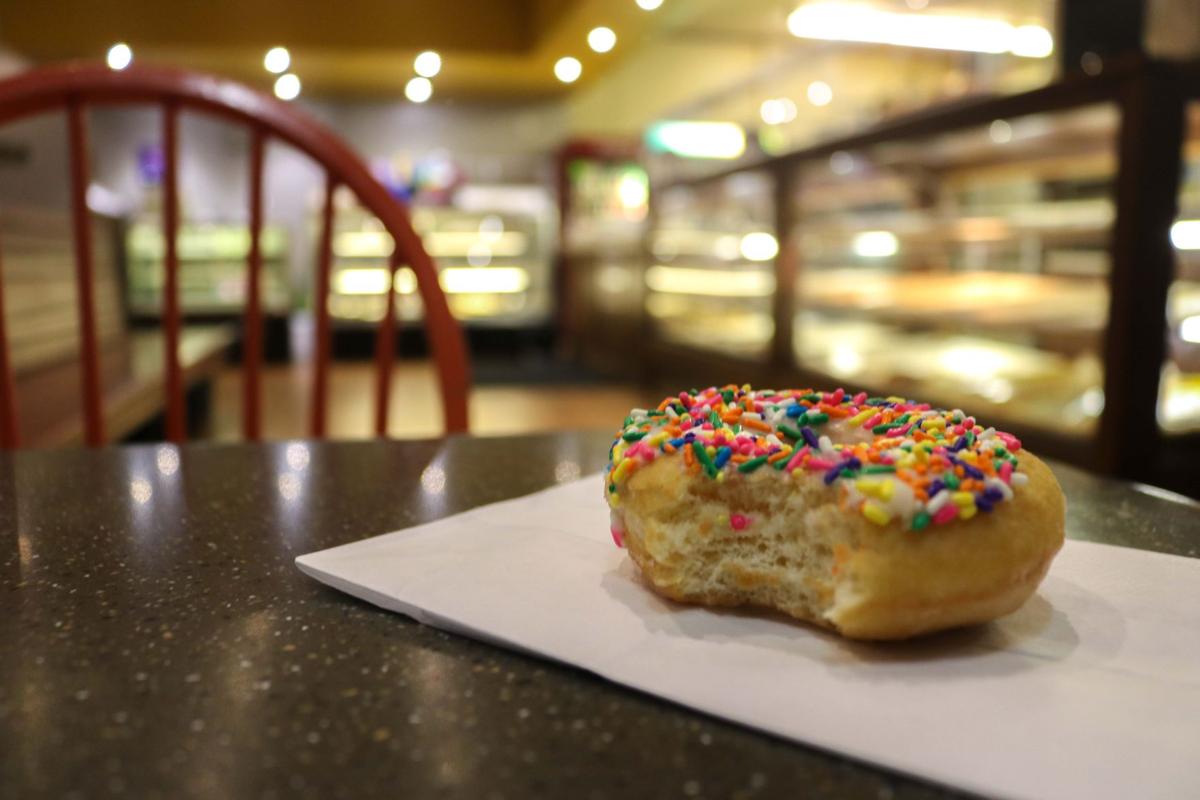 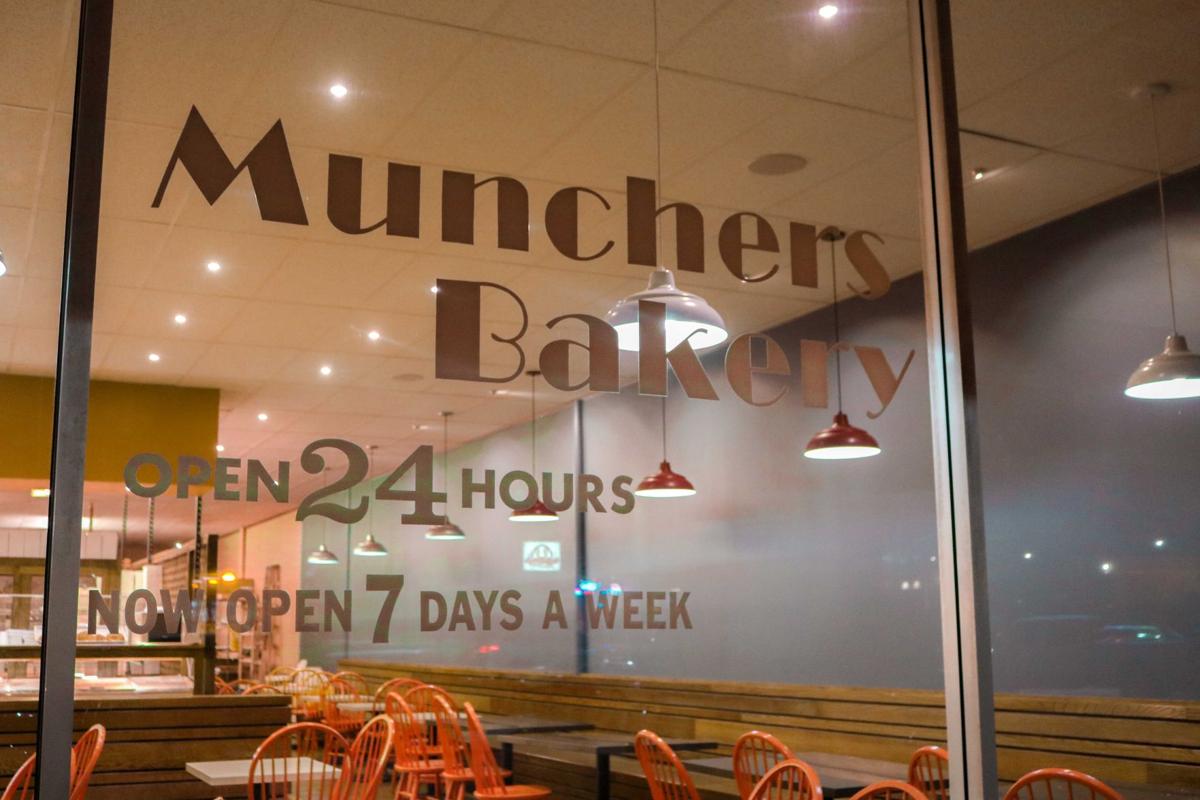 Muncher's Bakery, known for having donuts and pastries ready 24/7, is a must have for University students on a late night.

Muncher's Bakery, known for having donuts and pastries ready 24/7, is a must have for University students on a late night.

As the rest of the town is just starting to wake up, Munchers Bakery is helping Lawrence start its day with breakfast.

It’s not even 7 a.m., and general manager Mike Tennyson Jr. has already gotten in a full day of work. He kneads a slab of dough spread across a huge wooden table covered in flour in the bakery’s back room. In a few hours, the dough will be baked into danishes, ready for purchase at the Munchers counter. But before that, it needs an hour to rise in the proofing oven, and then it needs to be baked.

Munchers, a 24-hour bakery located at 9th and Iowa, is known for its cheap, freshly baked doughnuts and pastries. The strawberry cream cheese donut, a recent creation of Tennyson’s, is one of their most popular items.

Tennyson has worked full time at the bakery for five years. His sister, Sunday Martin, works there full time. Tennyson said his job isn’t all that difficult — aside from the hours, which have only gotten harder since he had children.

“It’s not for everybody,” Tennyson said. “That’s for sure.”

Munchers has been in its current location for decades, but it didn’t always have lines out the door on Saturday mornings. Tennyson’s father, Mike Sr., purchased the bakery in 1990 and started a rebrand. He turned it into a family business, a place where college students could go for a late-night study break or where grandparents could take their grandkids for a treat on a lazy afternoon. Business Insider even named Munchers the best bakery in Kansas in 2015.

Regulars recommend the cream cheese donut. Sophomore Grace Mauery said she stops by Munchers at least a couple times a month for the popular treat. The Marching Jayhawks drum majors highly recommended it when she arrived on campus freshman year, and she’s been going ever since.

“If you’ve been studying for a long time and it’s late at night and you want a snack and nothing’s open, it’s a good place to go,” she said.

Lawrence resident and 1981 University graduate Craig Penzler takes his four grandchildren to Munchers when they visit him in Lawrence. He said when his two daughters were younger, Munchers was a family staple. Now his kids are grown and moved out of state, but he always brings a box of Munchers doughnuts when he goes to see them. He said they have a standing order for the cream cheese doughnut and the strawberry knot.

“When the girls got married and moved out of town and all that, it seemed like a fun way to take Lawrence to them,” Penzler said.