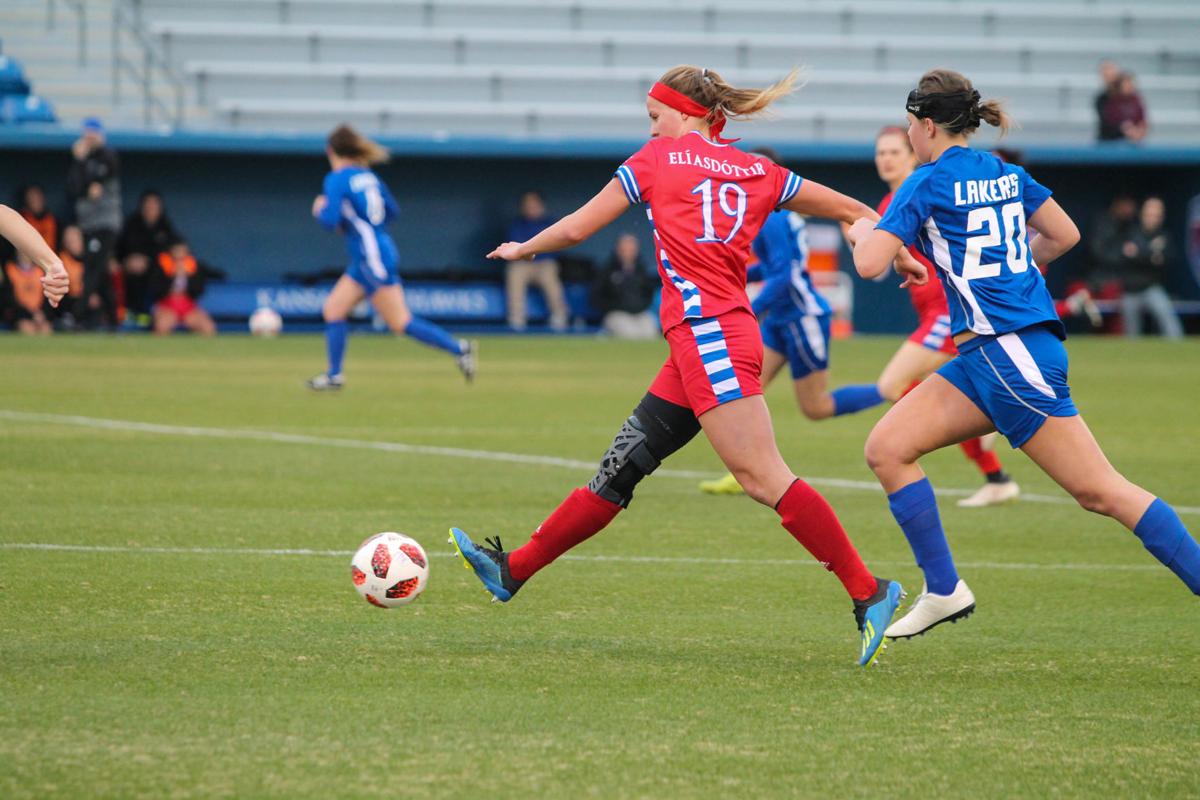 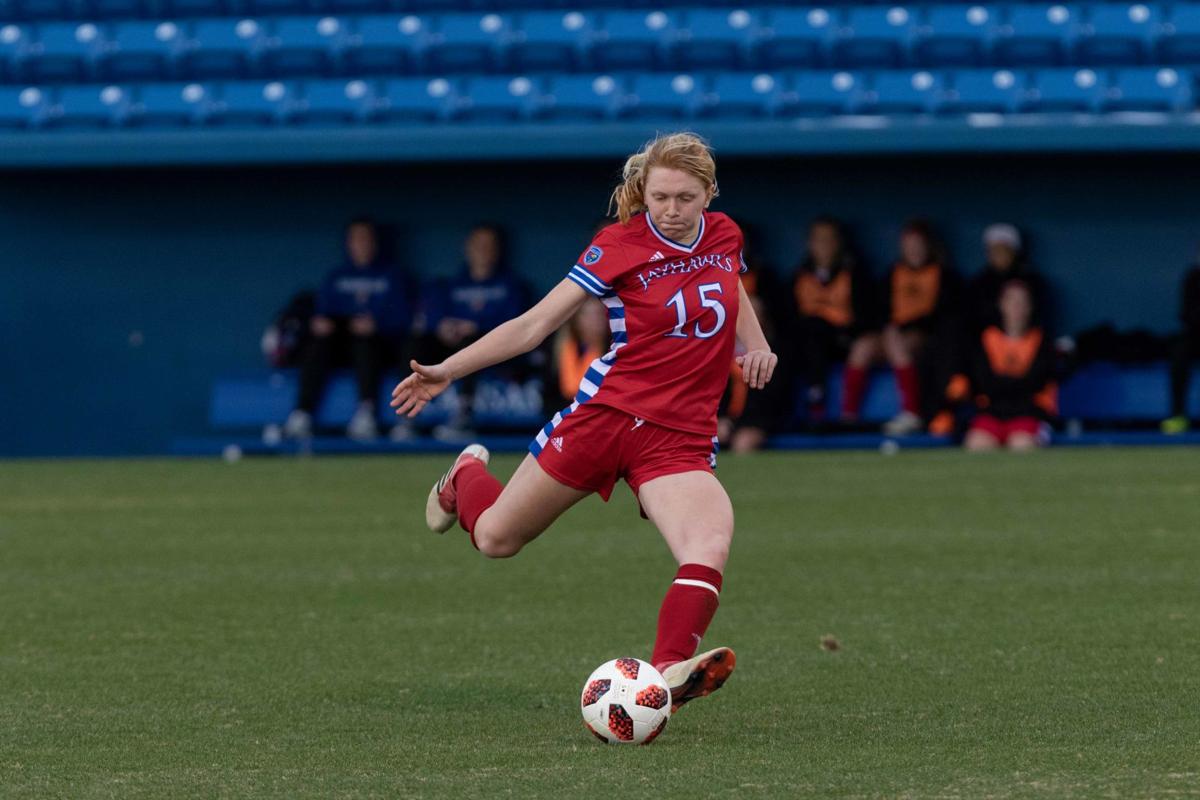 Then-sophomore Ceri Holland takes a shot off of a free kick. The Jayhawks tied the Lakers 1-1 on Saturday, March 23.

The Kansas soccer team looks to build off a very promising 2018 campaign that saw them not only make the NCAA tournament but even advance to the second round. Despite a dominant 4-1 win for North Carolina in the NCAA tournament, the Jayhawks finished with a respectable 12-6-3 record on the 2018-19 season.

The Jayhawks lost four seniors to graduation this past spring, but return a very talented roster for the upcoming season.

Senior forwards Eva Elíasdóttir and Katie McClure are the headliners in the attacking third of the pitch.

McClure, an All-Big 12 performer last season, will be looked to as one of the leaders on the team and the unquestioned number one option for the Jayhawks. She led all players with 21 points including her team-high 11 goals.

Elíasdóttir experienced a lot of success in the spring exhibition season. She will be expected to fill the void left by the departure of Jayhawk-great Grace Hagan.

The midfield will once again feature the savvy and toughness of junior Ceri Holland as she will be the cornerstone of a promising counterattack. Holland will return with a much improved pace and build off of a very promising sophomore campaign that saw her take the third most shots on the team.

The goal now will be connecting on more of these shots. Holland’s shot percentage was a team low (.026) to go 1-38 on the season.

Senior Sophie Maierhofer and juniors Kathryn Castro and Avery Hall round out the rest of the midfield.

The defending third of the pitch showcases both senior Elise Reina and junior Addisyn Merrick as the two mainstays from last year.

Reina is a technically sound player who will be a large contributor to the consistency of the Jayhawk defense.

Merrick’s range on the pitch can be used not only to cover up mistakes on defense but also as part of the counter. This will be one of the stronger points for the Jayhawks this season.

Kansas opened the season a bit slow in their exhibition against Omaha. Many of the issues were related to some of the early season lull that can come during the preseason. Inexperience also played a factor in the game and will be a theme throughout early in the season. Of the 28-women roster, 17 players have one year of playing experience or less, according to Kansas Athletics. The Jayhawks have nine freshmen coming into the season.

The Big 12 remains a gauntlet for the Jayhawks, as seven of their regular season opponents are ranked in the top 25 or are receiving votes. Kansas is no slouch themselves spending a lot of the 2018 season in the top 25, peaking at 18th in the country.

Overall, Kansas is expected to be in the mix for the Big 12 title at the end of the year as well as yet another bid in the NCAA tournament.