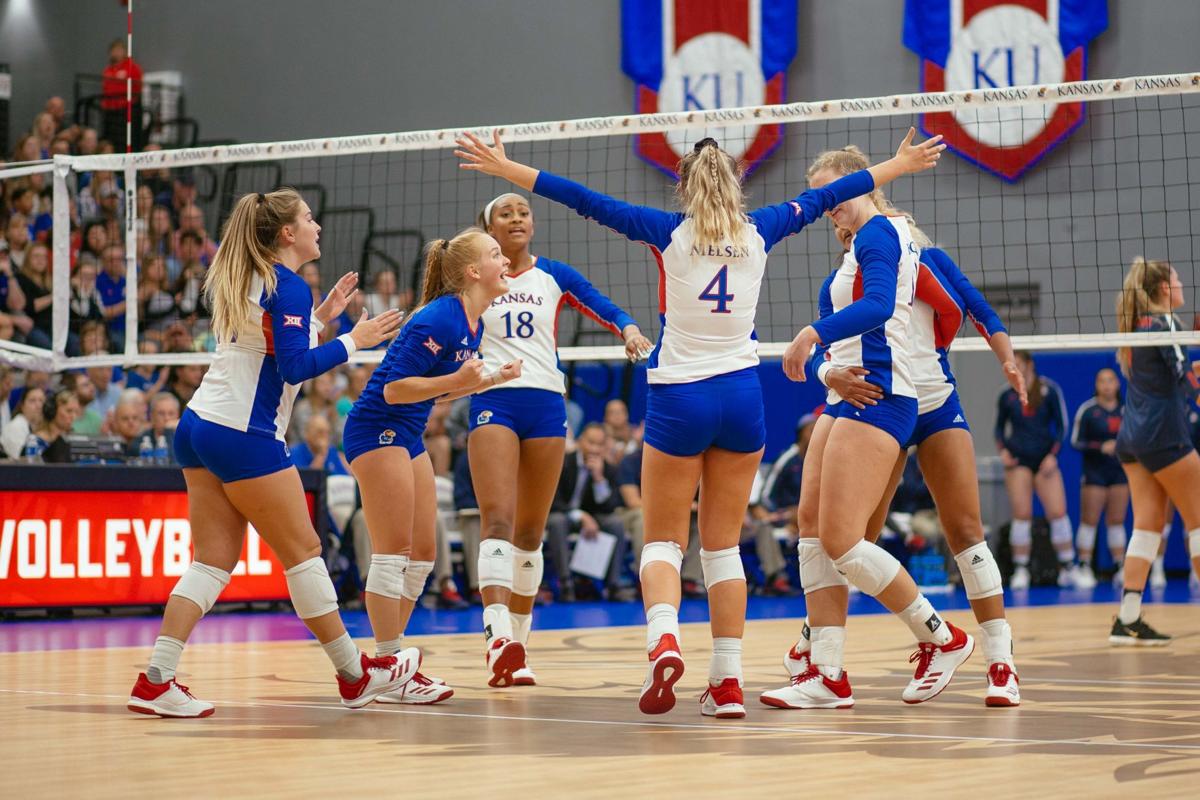 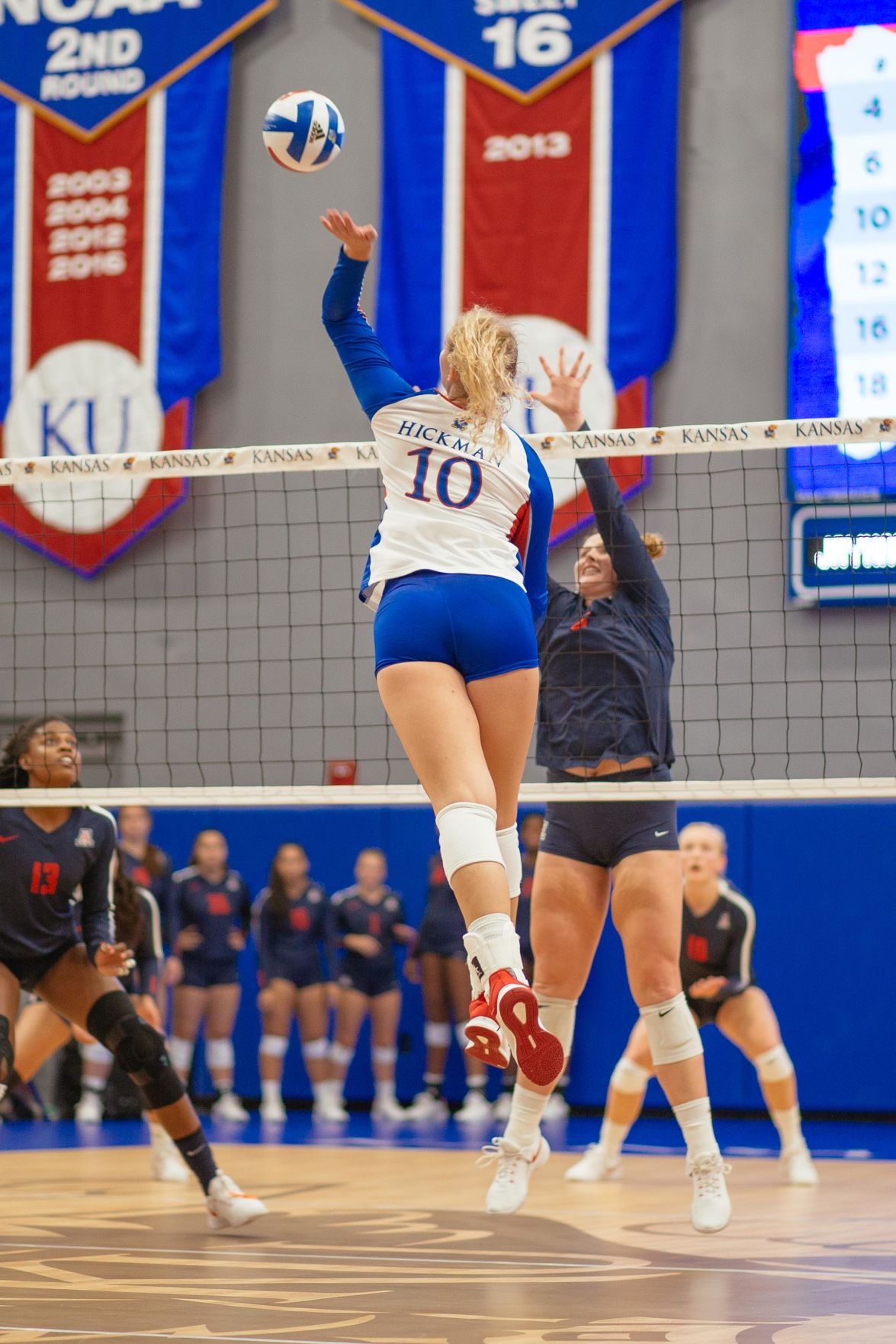 Freshman outside hitter Rachel Hickman jumps up to hit the ball. Kansas lost to Arizona 3-0 on Friday, Sept. 13.

The perfect record in Horejsi Family Volleyball Arena was quickly shut down only 24 hours after Kansas volleyball won its first ever game in the new arena. The visiting Arizona Wildcats defeated the Jayhawks in dominant fashion, sweeping them 3-0.

Kansas had short stints throughout the matchup, but never could put on a complete scoring run and eventually fell to the now 5-2 Wildcats.

The match began back and forth — the moment one side scored, the other had a response. Eventually, the Wildcats found a sliver of momentum taking a 9-6 lead, but Kansas continued to respond.

The Jayhawks refused to let Arizona make a run and kept themselves within three throughout the set. However, Kansas could not stop the inevitable run, and the Wildcats started to break away late in the set.

Kansas was trailing 15-14 but a kill from Arizona’s Devyn Cross was just what the Wildcats needed to begin the momentum-shifter. The one-point lead began to evaporate, turning to a two-point deficit, then three and in the blink of an eye, Arizona was up six over the Jayhawks.

Kansas began to rally and brought the lead down to two, but it wasn’t enough, and the Wildcats took the first set 25-21.

The beginning of set two resembled the beginning of the first set, both teams going side to side in a battle. However, this time, it was the Jayhawks who began to pull away mid-way through the set.

Kansas took a 15-13 lead off a block from freshman outside hitter Rachel Hickman and senior middle blocker Zoe Hill. The point was immediately followed by a timeout, and the crowd began to roar. It felt as though Kansas had already won the set.

That energy rapidly faded as the Wildcats flipped on the motor and began to rally off points. The two-point lead turned into a four-point deficit, and the Jayhawks were now once again battling from behind at the end of a set.

Kansas was unable to regroup after the tide-turning series from the Wildcats, and once again the Jayhawks dropped the set 21-25.

Arizona dominated through the beginning of the third set, but Kansas managed to creep up on the Wildcats and put on a fight at the end of the set. The Jayhawks managed to tie it 23-23, but a bad serve from Kansas put all the energy in favor of the Wildcats.

Arizona won the set 25-23 to complete the sweep over Kansas.

The Wildcats’ dominance was partially due to the amount of kills the squad was able to tally up. Arizona finished with 47 kills, 14 more than the Jayhawks.

Five different Wildcats managed to rack up five or more kills in the game, including a total of 39 from four different players.

Kansas will play its final match of the Kansas Invitational on Sunday, Sept. 15, against the Syracuse Orange. Tipoff for the match is set for 1 p.m.