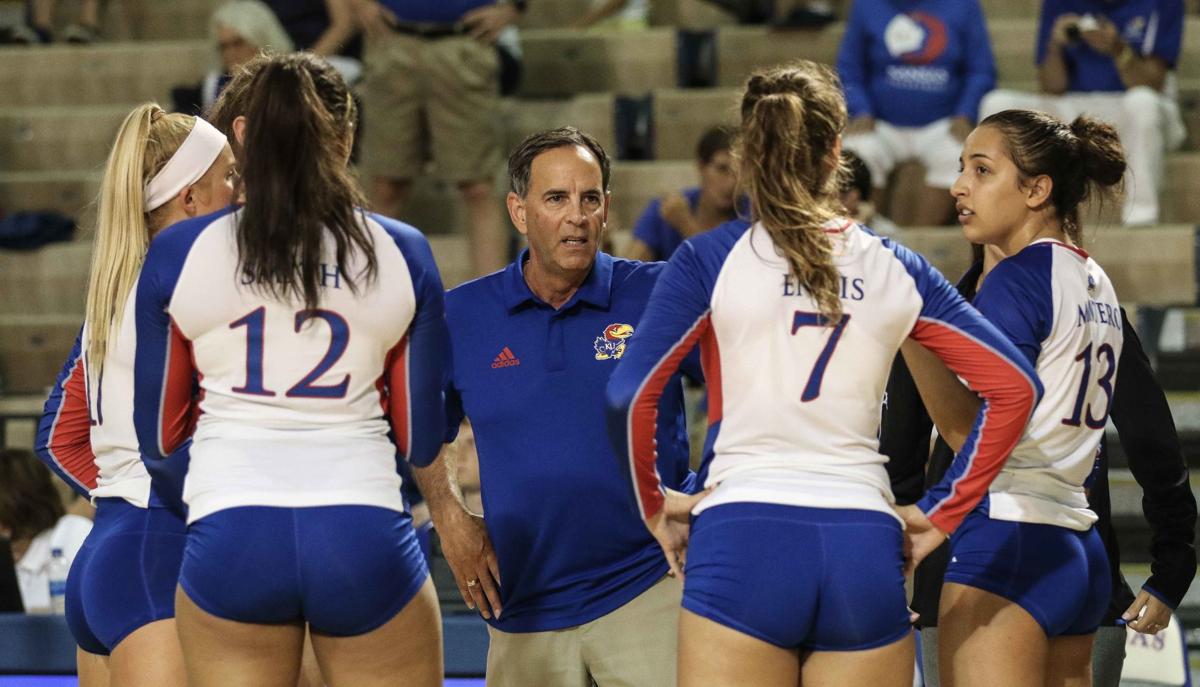 Coach Ray Bechard talks to his team during a timeout against UMKC. The Jayhawks defeated the Kangaroos 3-1 on Saturday, Aug. 18, 2018. 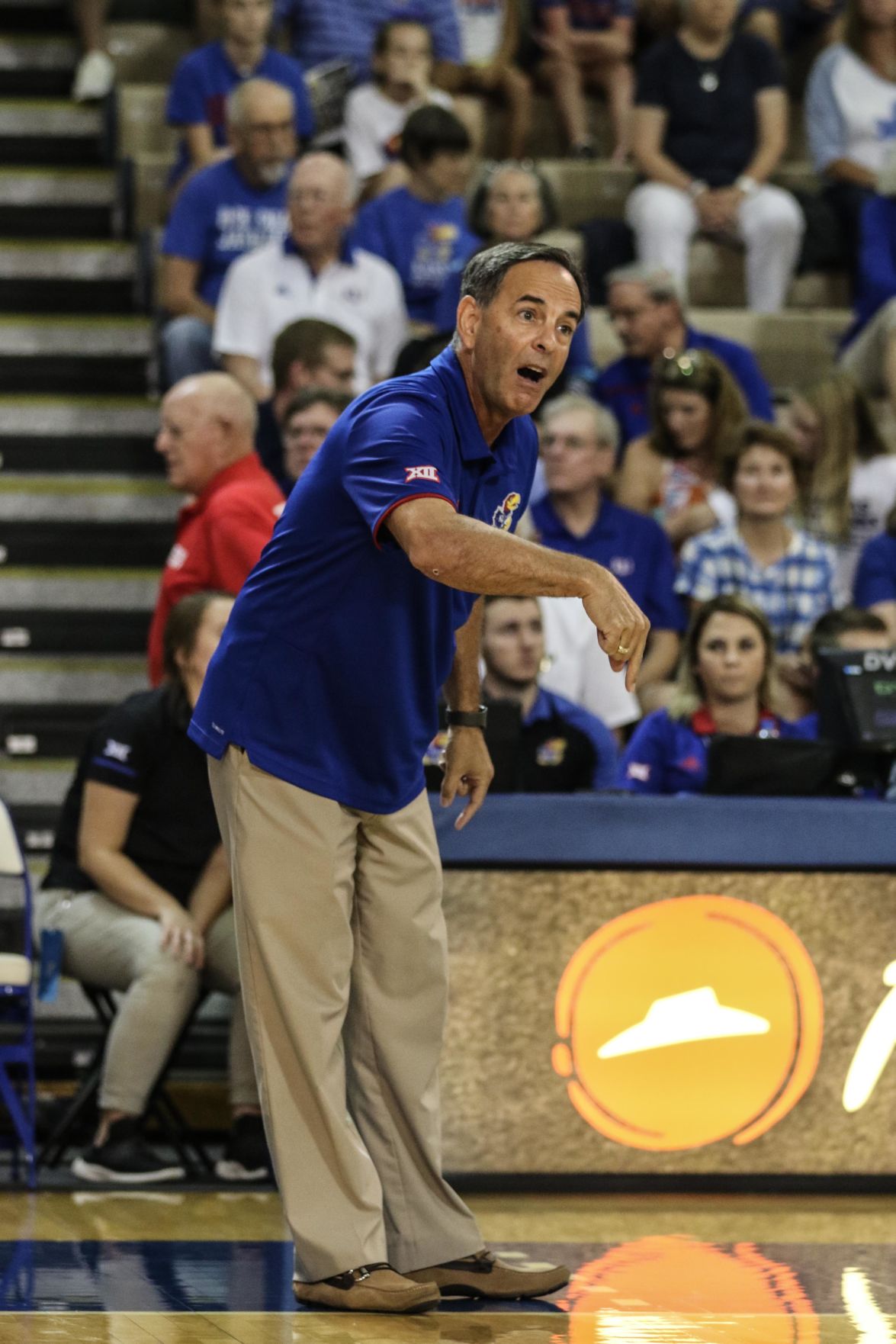 Coach Ray Bechard coaches his team during an exhibition game against UMKC. The Jayhawks defeated the Kangaroos 3-1 on Saturday, Aug. 18, 2018.

After losing eight of the final 10 games in the 2018-19 season, Kansas volleyball finished with 15-12 record and missed the NCAA tournament.

The Jayhawks struggled in the second half of the season after picking up nine straight wins in the middle of their campaign. Coach Ray Bechard said the team struggled with unforced errors and missed opportunities. Additionally, sophomore Camryn Ennis' injury led to losses against Kansas State and Iowa State.

This season, the Jayhawks will be relying on senior Zoe Hill and sophomore Rachel Langs after being named to the preseason All-Big 12 team. Hill is the highest returning scorer to the squad, averaging 2.61 points per set.

After losing Jada Burse and Gabby Simpson, Bechard has been busy in the offseason recruiting new talent. Freshmen Gracie Van Driel, Rachel Hickman and Morgan Christon were announced to the roster during the early signing period in November 2018.

“A very versatile class,” Bechard said in a Kansas Athletics press release. “We gain a high-level middle blocker, outside hitter and right-side attacker. The trio will create physicality with their ability to attack and block.”

Van Driel and Hickman are both Kansas natives, along with summer signees outside hitter Riley Foltz and defensive specialist Kennedy Farris.

Rounding out the roster additions are Minnesota transfer junior setter Sara Nielsen. Nielsen will bring much needed experience to this younger roster.

Kansas travelled to Wichita for the season’s exhibition match, taking the 3-2 over a very talented Wichita State team.

“We like our exhibition this early so now we got a couple weeks to identify many things we can get better at,” Bechard said after the exhibition.

The Jayhawks open their season against the UMKC Kangaroos. The match is set for Friday, Aug. 30 in Kansas City, Missouri.