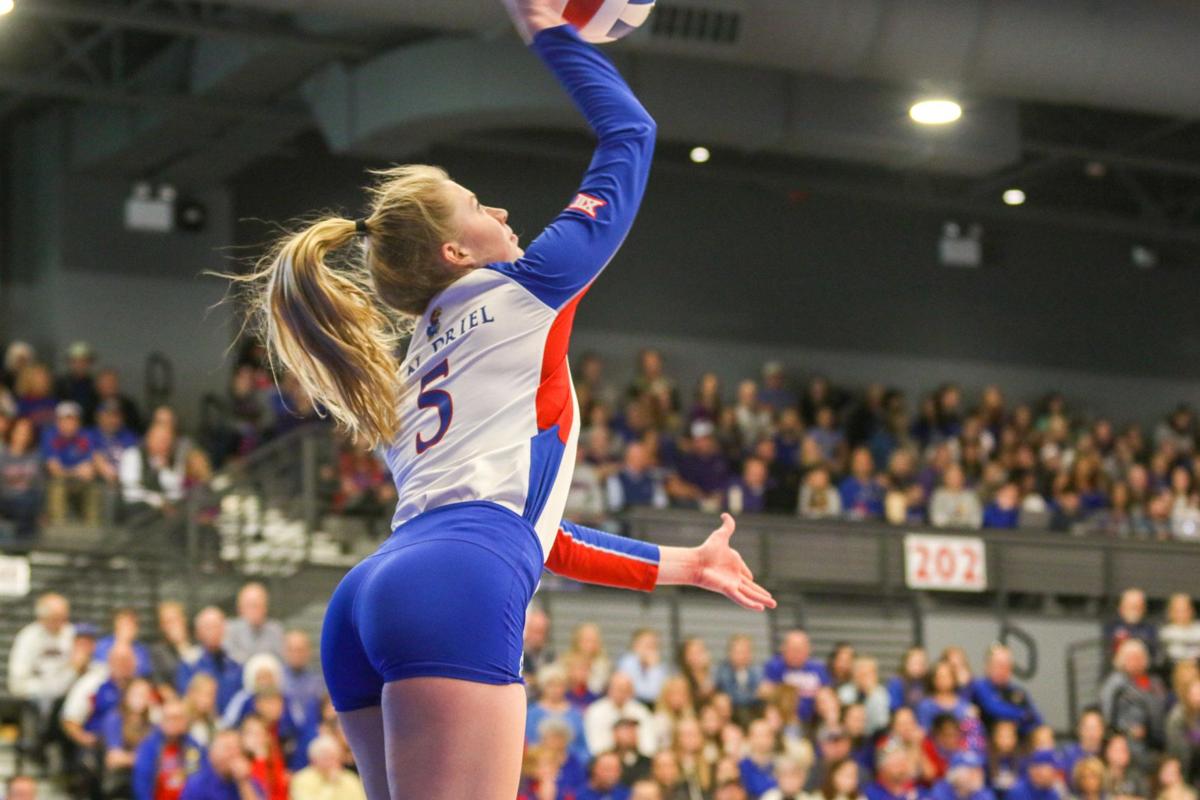 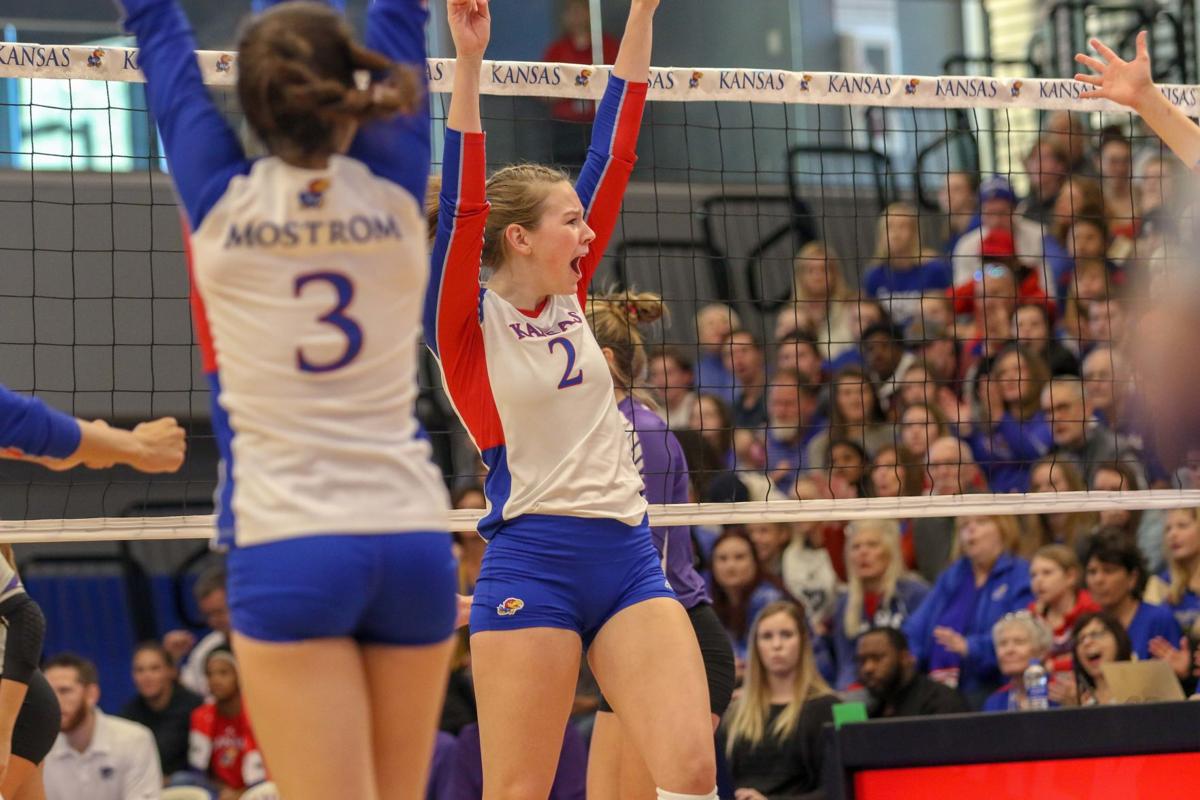 The absence of senior middle blocker Zoe Hill was assumed to be a problem for Kansas volleyball. However, sophomore middle blocker Rachel Langs excelled in place of the reigning Big 12 defensive player of the week, leading Kansas to a 3-1 victory over in-state rival Kansas State.

Langs came out firing, picking up an early kill to give the Jayhawks a 2-1 lead. She went silent for awhile through the set but while Kansas was leading 11-6, she caught fire. In an eight-point span, Langs tallied three kills and a block to stretch the Kansas lead to 16-9.

Langs ended the set with five kills including the set-winning kill that gave Kansas 25 points in the set.

Before she committed back-to-back errors midway through the third set, Langs was near perfect. She had taken 10 total attacking attempts and finished with a kill on nine of them — a 90% success rate. At that point in the match, she had also totaled seven block assists.

“All those three rotations across the front, she did work,” coach Ray Bechard said. “That kill efficiency is pretty amazing.”

While the Wildcats were attempting to fight to stay alive in the fourth set, Langs was substituted back in and maintained the Jayhawks' comfortable lead. She picked up two important kills late in the set that prevented the Wildcats from gaining momentum.

Langs ended the match with 13 kills, seven blocks and a hitting percentage of .556.

Her massive game helped lead the Jayhawks to victory, but the sophomore was not the only source of offense for Kansas with Hill out.

Starting in Hill’s place was freshman middle blocker Gracie Van Driel. Van Driel struggled against Baylor in her first start of the season, as she finished with a negative hitting percentage. But, game two proved to be a different outcome.

Van Driel picked up three kills early in the match but proceeded to cool off until set four.

In that set, the Rose Hill native scored Kansas’ first point. Then, later in the set, she faked out K-State's defense and tipped the ball over to give her team a 7-6 lead.

She came back in late in the set and helped the Jayhawks close out the set and that won the match. The freshman finished with nine kills.

“This match really means something to Gracie because she’s from Kansas,” Bechard said. "She knows a lot of those players from the other side. Certainly, she stepped up and I’m proud of [her].”

The duo of Van Driel and Langs totaled only two kills against Baylor. Against the Wildcats, they totaled 22. Both middle blockers played a vital role in the absence of Hill.

“It’s good to see [Van Driel and Langs] given the chance [and] do some really good things,” Bechard said.

Hill has arguably been the best player on Kansas' roster. She entered Saturday with the second most kills on the team and led the team in blocks. She also has the highest hitting percentage of any Jayhawk this season at .261 despite missing the last two games.

Bechard said Hill is day-to-day with an undisclosed injury but expects her back next week against Texas.

With the victory, Kansas moved to 8-15 on the season and will return to action Saturday, Nov. 23 when it visits the No. 1 ranked Texas Longhorns.