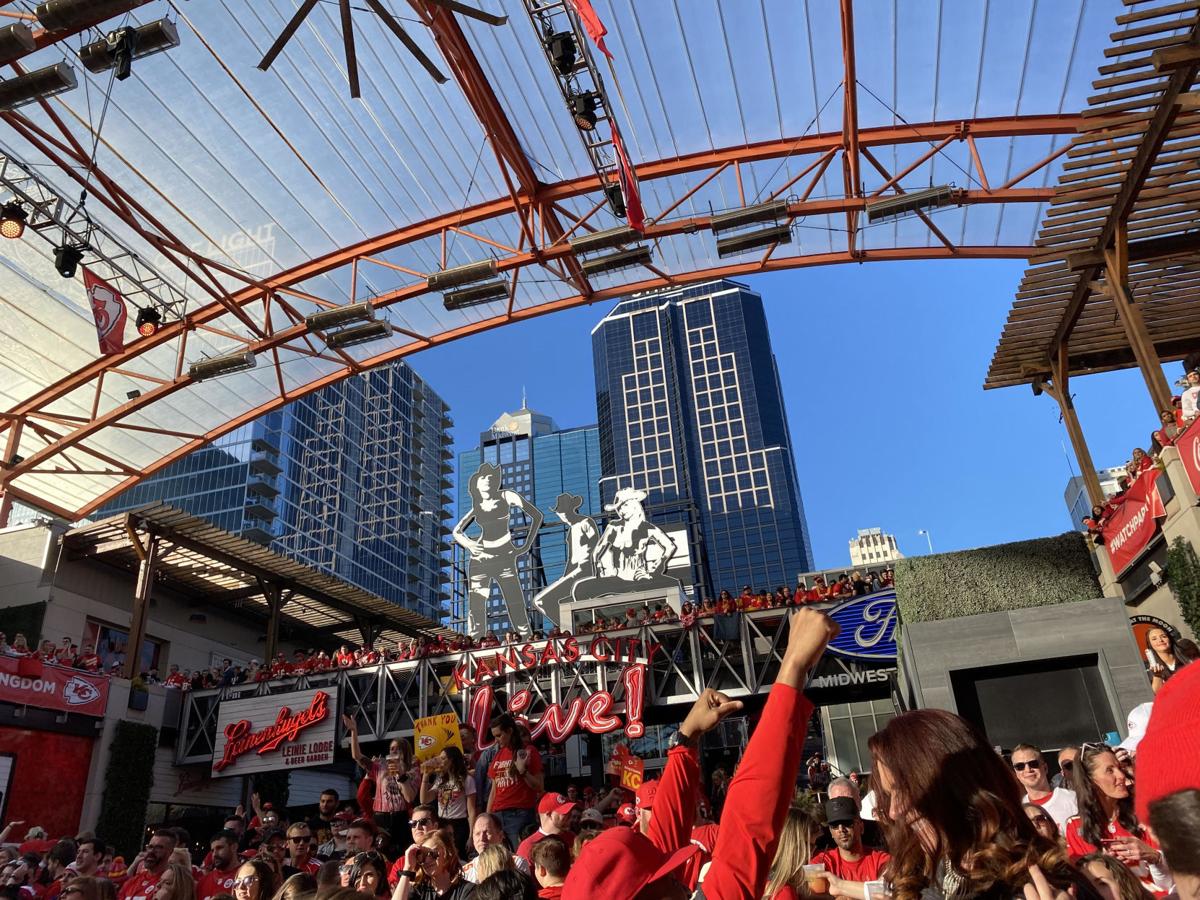 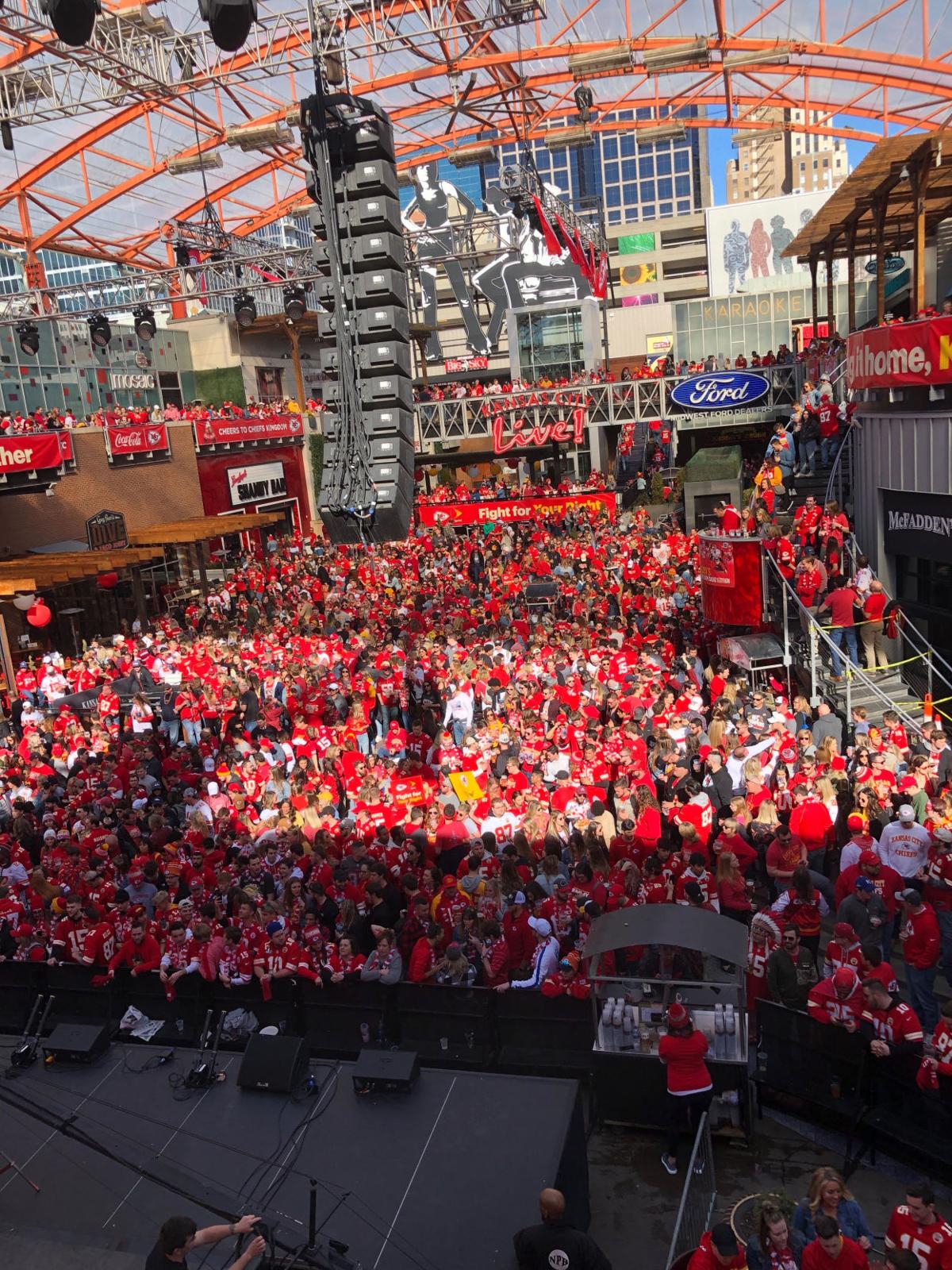 Fireworks painted the sky above the Power & Light District in downtown Kansas City, Missouri. Down below, grown men and women embraced with tears streaming down their faces as red and gold confetti sprinkled on top of their heads.

For the first time in half a century, the Kansas City Chiefs were Super Bowl Champions.

The decades of heartbreak and misery were now but a distant memory. The 28-point blown lead to the Colts in 2014, the loss to the Steelers without allowing a touchdown in 2017, Titans' quarterback Marcus Mariota throwing a touchdown to himself — all of it simply a painful afterthought.

On this night, it was about the 2020 Chiefs and their improbable comeback against the San Fransisco 49ers. A comeback that had less than a 5% chance of happening with just under eight minutes left in the fourth quarter.

Payton Thielmann, a junior from Overland Park, said the atmosphere downtown was electric during the comeback.

"The atmosphere where we were was insane," Thielmann said. "The morale was definitely very low going into the fourth quarter and I think a lot of people thought it was over at that point. Once we scored that first touchdown of the fourth quarter, the place exploded."

Twenty-one unanswered points later and the Chiefs had pulled it off.

The scene was chaotic. As Kansas City quarterback Patrick Mahomes dropped back with the final seconds ticking off the clock, the dream that evaded a prideful sports city for 50 years was about to become a reality.

“After an event like that, I would simply put that Kansas City is the best city in the world,” Price Whitaker, a junior from Leawood said ”Everyone was united as one. From the second that game started, no one around me was a stranger anymore. I had never hugged so many people I didn’t even know the first names of. The mere fact that we were both Chiefs fans was all I needed to embrace the person standing next to me.”

When the clock struck zero, a combination of beer and champagne sprayed from the never-ending sea of red.

Thousands of arms raised into the air as the alcohol showered their hair and tear-soaked faces. Just like the end of any drought, the feeling of rain touching the skin was met with an overwhelming sense of joy and relief.

The celebration, however, would not be confined to the Power & Light District. Just as quickly as they filled the area, the capacity crowd flooded the streets — streets that had been blocked off to handle the overflow of people.

"Kansas City was wild," Thielmann said. "Cars were driving by blasting their horns and blaring music. It really was an experience I will never forget."

With the glow of red lights from nearby buildings illuminating the way, fans marched around the Sprint Center performing the traditional "Tomahawk Chop" for anybody willing to join in.

One fan shouted from his car to a group of fans on the sidewalk.

The group responded without hesitation.

Thanks to its third consecutive come-from-behind postseason win, that weight has been lifted.