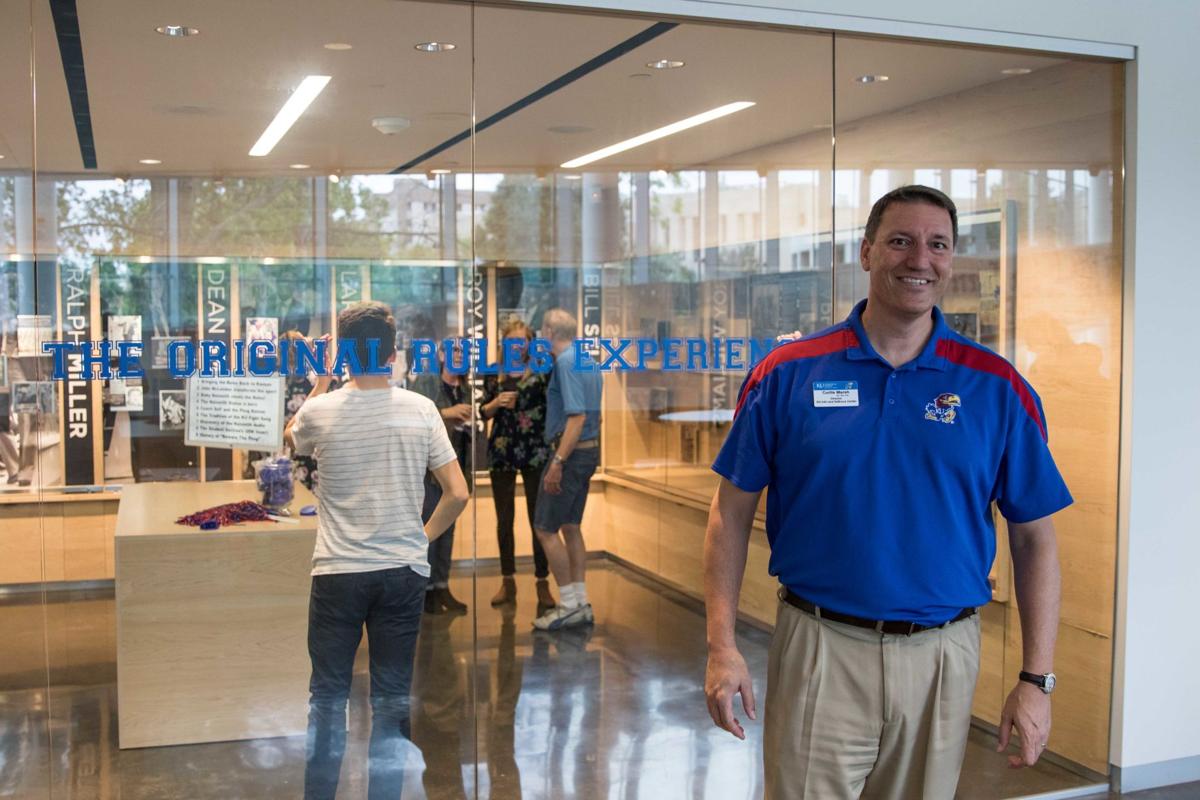 Director of the DeBruce Center Curtis Marsh overlooked the creation of The Original Rules Experience. The exhibit opened on Tuesday, Sept. 22. 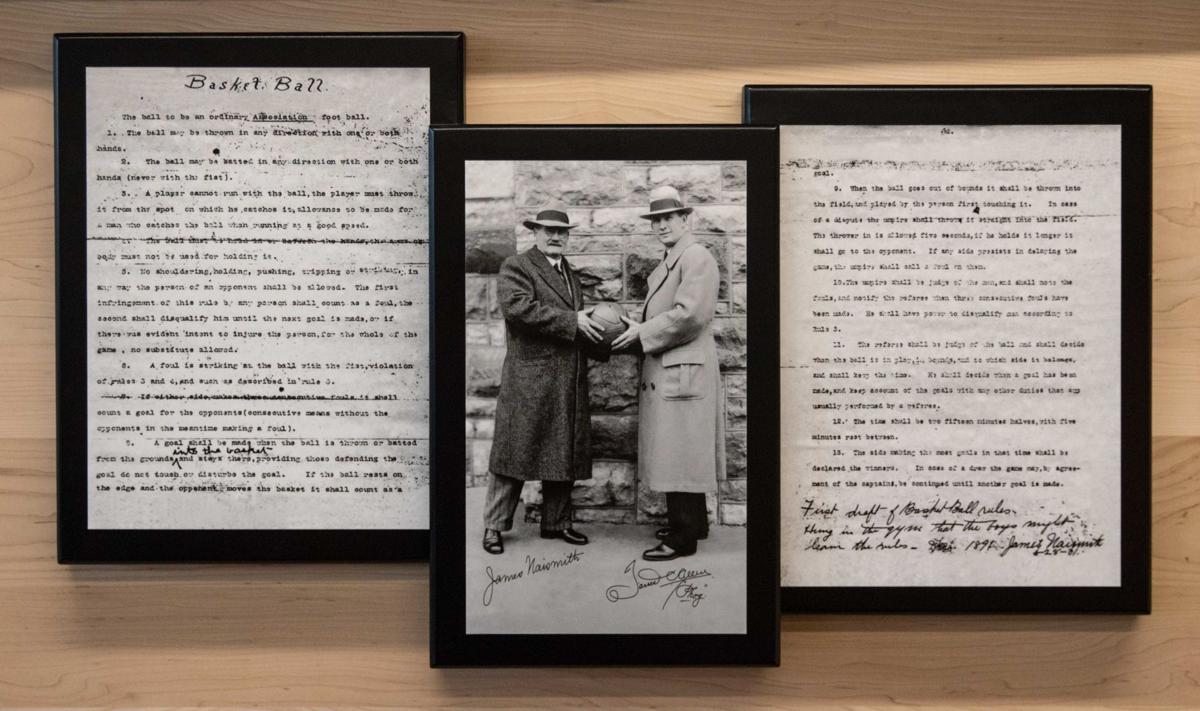 Even though the 13 Original Rules of Basketball, written by James Naismith, have been back at Kansas since 2010, and on display at the DeBruce Center since 2016, visitors still wanted to see more regarding the exhibition.

“This whole building is built around the rules of basketball,” said Curtis Marsh, director of the DeBruce Center. “They’re these two little pieces of paper and a lot of folks would come here and say, ‘Is this it? The rules are cool and the hallway is cool, but isn’t there something else?’”

The group began to develop the exhibit prior to graduation this past May in order to shine a brighter light on the rules themselves and the history of the program at Kansas.

“We were able to listen to the people who were guests in the building, both students and visitors, and find out what they wanted to learn,” Marsh said. “How Naismith started this thing, how did it grow and how Kansas played a role in it.”

The new exhibit will join with other parts of both Allen Fieldhouse and the DeBruce Center that showcase the original rules, such as ‘At Home On the Hill,’ which is “thematically displaying Kansas traditions,” according to Gaddie.

With the history being at the forefront of the vision, researching statistics and uncovered anecdotes took up most of Gaddie’s time when developing the new exhibit. Even though he “didn’t break a sweat over it,” it was time consuming nonetheless, with accuracy being most important.

“You’ll find conflicting dates that things happened,” Gaddie said. “One source might say it was 1906 and another source says it’s 1908. So it’s just trying to cross-reference things to be as accurate as possible.”

One of the key focuses of the room itself are the 'cubbies' on the far wall, complete with information on the eight hall of fame coaches who have been associated with Kansas: Phog Allen, Adolph Rupp, John McClendon, Ralph Miller, Dean Smith, Larry Brown, Roy Williams and current head coach Bill Self.

Not only are former coaches’ records and accomplishments on display, but also videos that tell the history of the program, as well as the evolution of equipment as the game developed over the years. Marsh says that he’s “pretty stoked” to incorporate multimedia elements to the exhibit.

Gaddie’s main focus with the exhibit as a whole was to inform people and get visitors excited about the historical aspect, especially given his background in education.

“The chance to see people interact with information and learn something and be engaged in is what I’m about professionally,” Gaddie said.

Another goal of the exhibit is to showcase the current basketball program, with a particular focus on recruiting. Marsh noticed that there wasn’t much information at Allen Fieldhouse on Self, with the contents of the hallways focusing on former players instead of coaches.

This relationship between the history of the game and the future of the Kansas program played a key role in the development of the new exhibit.

“Now, we can promote all of the success of people who have long since passed, and simply explain that’s one of the reasons it’s special here,” Marsh said.

Marsh even says that the current coaching staff are the “sales force” of the program and the facility itself. He hopes that this new addition to the DeBruce Center will help further recruiting and showcase the extensive history of Kansas basketball.

“The important thing is that they’re able to say there is nothing like this in the whole country,” Marsh said. “You will go to other places and see high quality facilities and amenities and some fun stories, but nowhere else are you going to walk past the original rules of your sport on the way to dinner every night. It’s lovely and historical. It helps us become stronger fans and also helps us sell the program.”