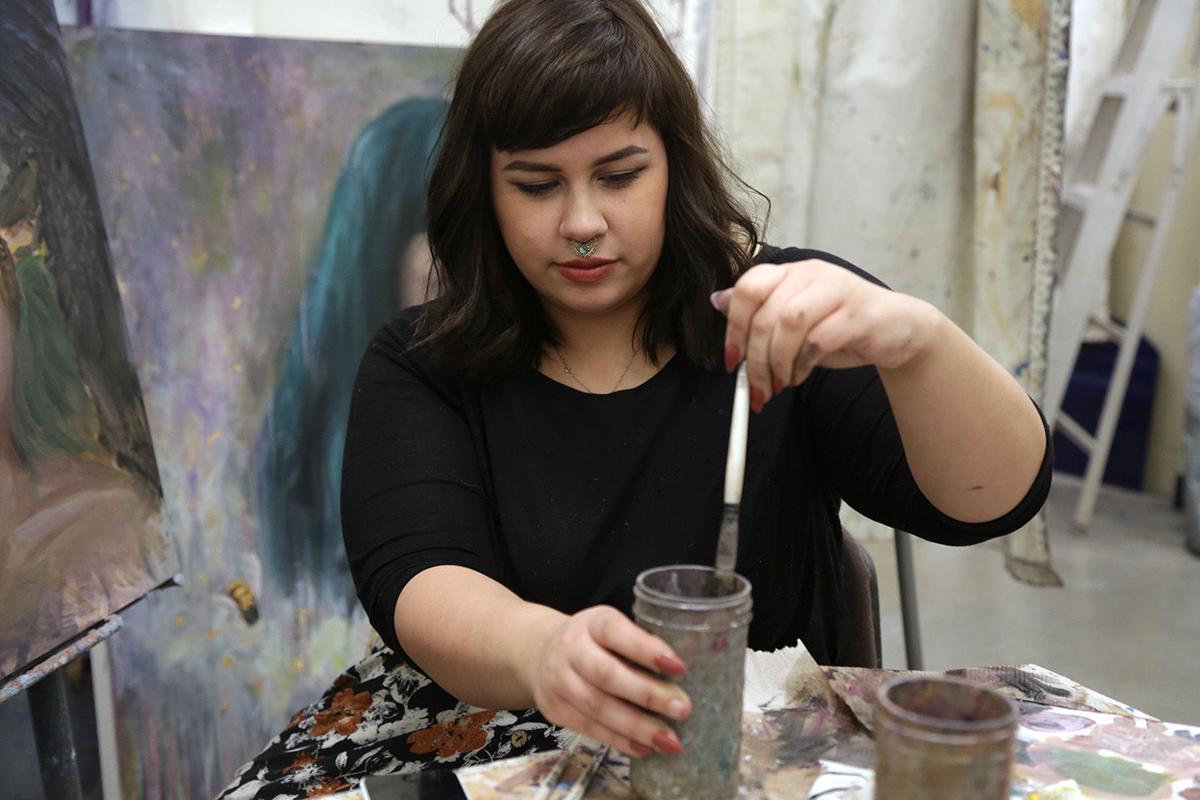 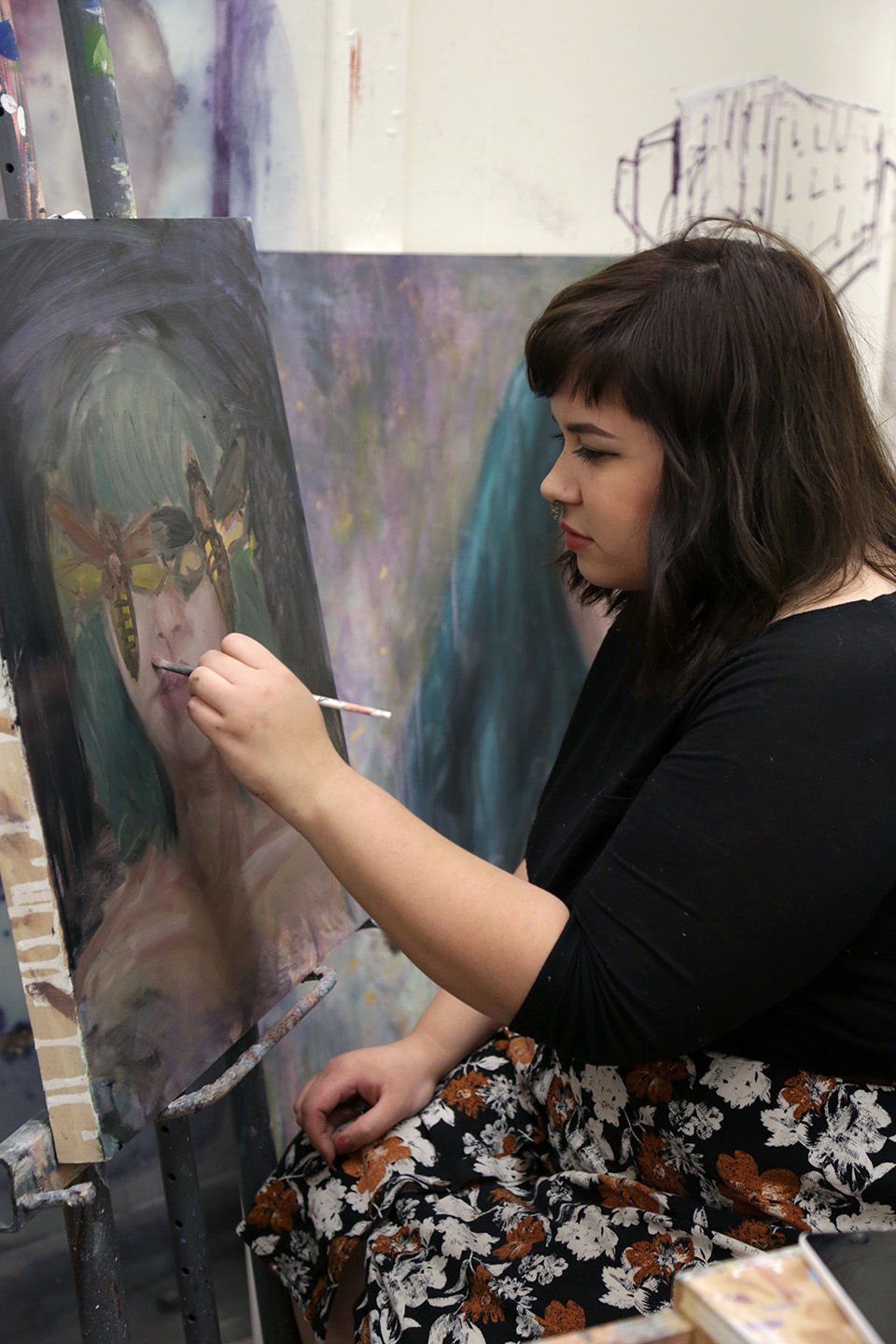 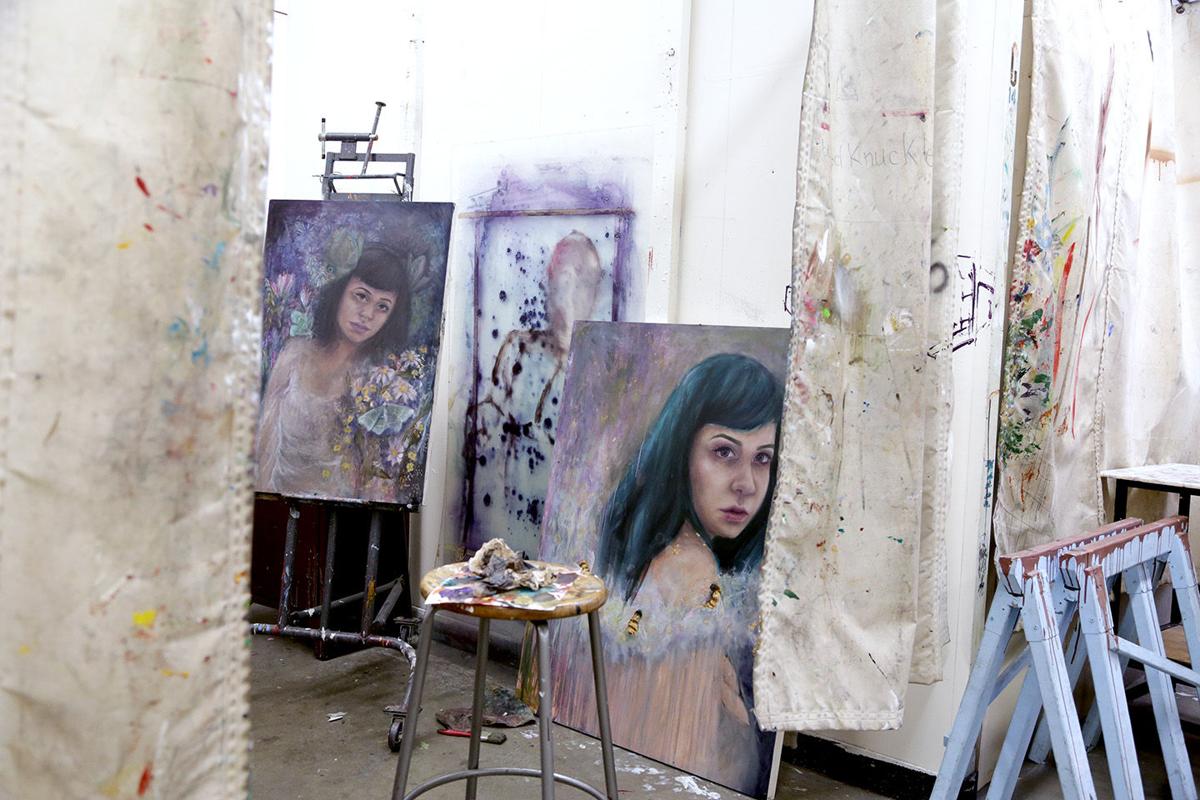 With oil and a canvas, fourth-year visual arts undergraduate student Kayla-Jade Remulla found a way to deal with her depression and anxiety. Using symbolism found in images of different insects, Remulla said painting one of her self-portraits is like taking her bad feelings and throwing them away.

Except, instead, they're thrown onto the canvas.

“I’ve always had artistic tendencies,” Remulla said. “It’s always been something that I’ve been good [at], and these feelings of anxiety and depression are pretty recent so this is the strongest way I know how to deal with it.”

“Lighting is really important in my works,” Remulla said. “Everything means something and in my most recent work it was kind of the light at the end of the tunnel — getting to a better space.”

“They follow the light no matter what and they have faith that they will survive the night,” Remulla said. “There’s a beauty in that certainty despite the fact that it’s travelling at night in the dark.”

Despite the fact that her work deals with heavy issues of death, depression and anxiety, there’s a calm nature about her work and the topics.

“There’s a femininity to my work that softens the subject,” Remulla said. “I’m not looking to create gruesome or ultra-realistic scenes.  It’s about working through the feelings that I’m having rather than dwelling on them.”

Haley Hapgood, a friend of Remulla’s in the art department, said she’s glad that Remulla has taken the time to paint out her emotions and added the results are beautiful.

“Kayla has such an amazing skill with rendering space and working with tight measuring while still making the painting feel really soft. She is able to render facial features so tightly and make it so clear,” Hapgood said. “So when she combines that refined skill with an emotive passion, it’s beautiful.”

Hapgood said while she appreciates her work, she’s also learned a thing or two from Remulla and said she tries to incorporate some of Remulla’s techniques into her own work.

“She uses oil paints but at the same time adds texture with molding paste and gold leaf in a way that I haven’t seen before.  She really uses gold leaf in such a formative and non-traditional way that it gives her work this unique style,” Hapgood said. “I’d like to try to use gold leaf that way she does in my work.”

Hapgood also said she was glad to see her friend deal with her anxiety and feelings of depression, especially the way Remulla has.

“I think she’s taken something that she’s really good at and made it a tool for a healthy change,” Hapgood said. “She’s my best friend and an amazing artist and I’m really proud of her.”

Remulla said when she’s done at the University, she hopes to move somewhere northeast to earn her master’s in visual arts to one day become an art instructor.