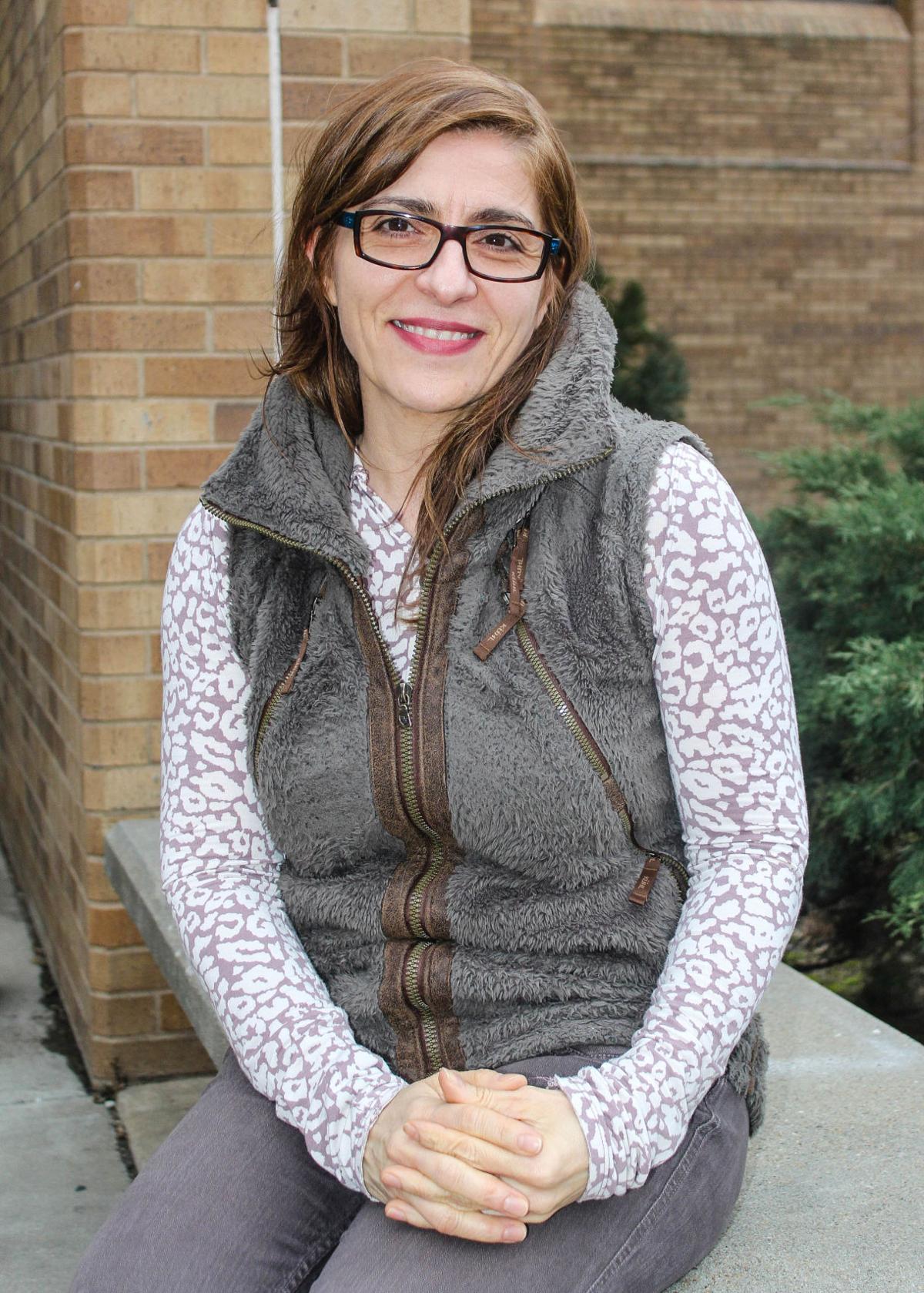 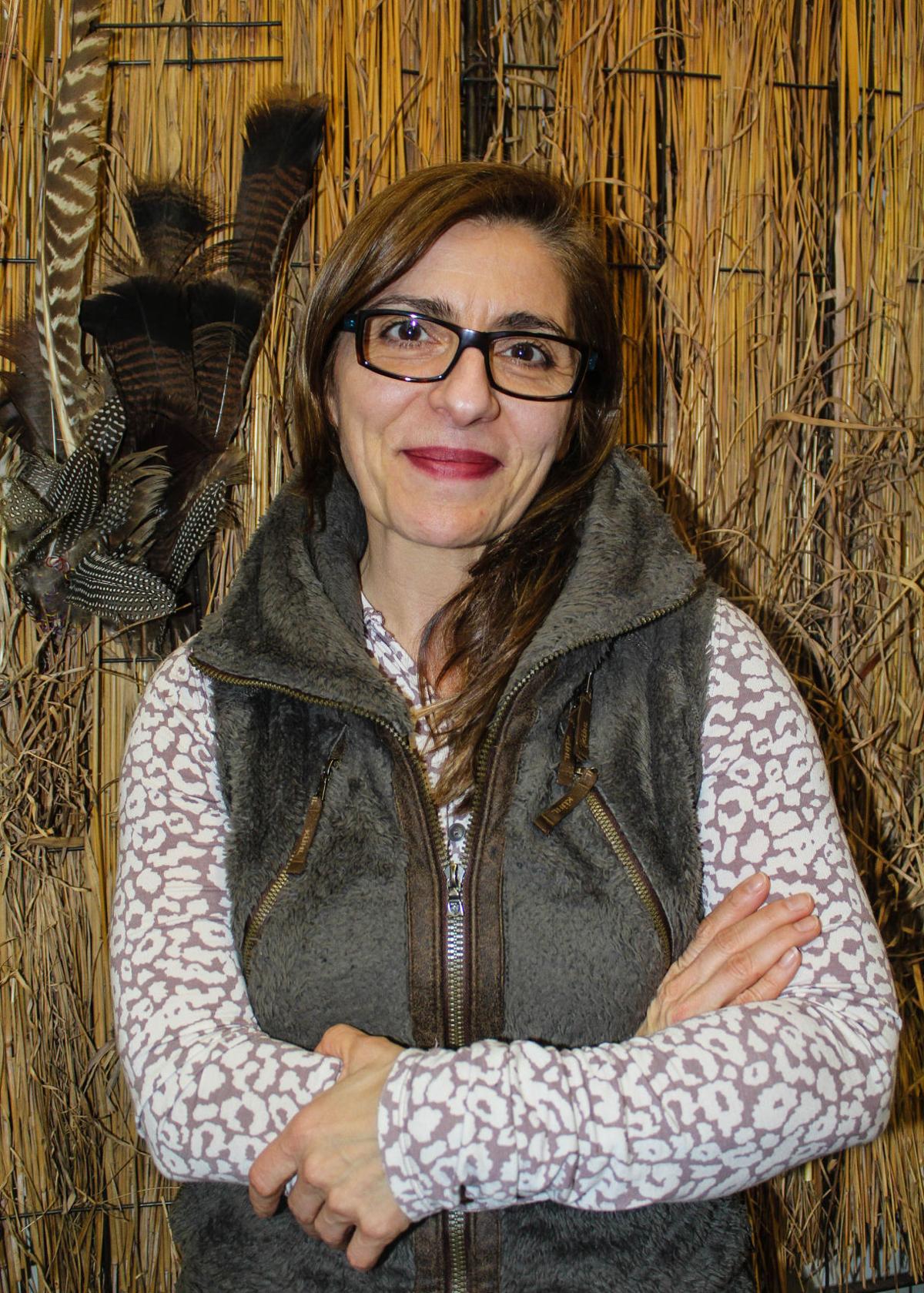 When Assistant Professor of Art María Velasco had free time as a young child in Madrid, Spain, she often spent it drawing illustrations based on old photos or her favorite paintings.

“I drew a lot of figures,” Velasco said. “I always had a curiosity for the human form. And when you are young, you don't have many resources. So, I used photographs to test what I could do.”

Velasco's parents recognized her love for drawing, and often encouraged her to take after-school art courses when she was a teenager. These courses put her in a studio with a painter who taught her and other teenagers how to use oil paints. Often times, they attempted to recreate still-life portraits.

“I must have been very persuasive and passionate,” she said. “It seemed like my parents wanted me to develop that skill and to feel comfortable with it.”

Along with Velasco's parent's influences came her upbringing in Madrid. She said growing up there and living in that part of the world had a great impact on her artwork in the past, and often still does today.

After finishing high school, Velasco began studying literature in college, but felt that her calling was elsewhere.

“I got As the entire year, but my heart was sinking because I knew I wanted to be an artist,” she said.

With that feeling, Velasco decided to enroll in the Fine Arts program at Complutense University in Madrid, where she received extensive formal training in the arts.

This education and Madrid's urban setting opened her up to a lot of different types of artistry.

“There was a lot of exposure to art and a lot of ideas,” Velasco said. “It seems like an adventure to go out and about every day.”

In her teens, Velasco said she developed a love for language by taking courses in Latin and Greek. When she was in college, she began studying philology. She has also avidly studied English for most of her life. Her history with multiple languages often has an influence on her artwork, especially since moving to the U.S.

“It's an interesting thing,” Velasco said. “When I came to the states, I was a brand new person who spoke the language, but I couldn't quite move as freely as I was used to or communicate even in the most comfortable way. That whole experience is what became my artwork. That's how I found my identity as an artist and as the artist I am today.”

When Velasco moved to the U.S. in 1991, she went to graduate school at UC Santa Barbara and completed her Master of Fine Arts. She then spent a few years working in many different art fields before getting the description for an associate professor position at the University.

“When I got the description for this job advertised here at KU, I got the chills because I thought, 'Wow, that's me,'” Velasco said. “They were looking for an artist that could teach life drawing and drawing, which I had under my belt from my own interests and from my traditional education in Madrid.”

Velasco's desire to become a teacher stemmed from her wish to learn more and to grow herself as an artist. She said that being a teacher offers a natural source of different people and resources, especially with all the young minds at the University. She considers it a challenge worth her own time.

Sydney Pursel, a graduate student at KU, said Velasco has a keen ability to hone in projects and bring them down to Earth.

“She finds ways to make the execution possible,” Pursel said. “Sometimes I come up with some crazy idea, and she's like, 'No, there's no way you can actually accomplish this in this amount of time.'”

Pursel also said that Velasco's ability to find ways to get big ideas down to a doable level is one of her greatest strengths as a teacher.

“Her practicality and finding efficient ways to actually get the projects done ... has helped me a lot,” she said. "She's definitely really good at pushing you to succeed."

On top of teaching, Velasco continues to create her own art pieces. She enjoys working on expansive projects that involve space and multiple moving parts and challenges she had never experienced before, challenges that she saw as worthwhile to the piece she created.

She described one piece in particular where she wanted to convey the feeling of culture shock without language. She decided to cast the word “memory” on blocks of ice, place them on a shelf and let them melt as the day went on.

“It was a piece that was transforming and evolving throughout the day,” she said. “I was very connected to that piece. And I still am, because my work is ephemeral and I am no longer afraid of working with life elements and with time-based elements.”