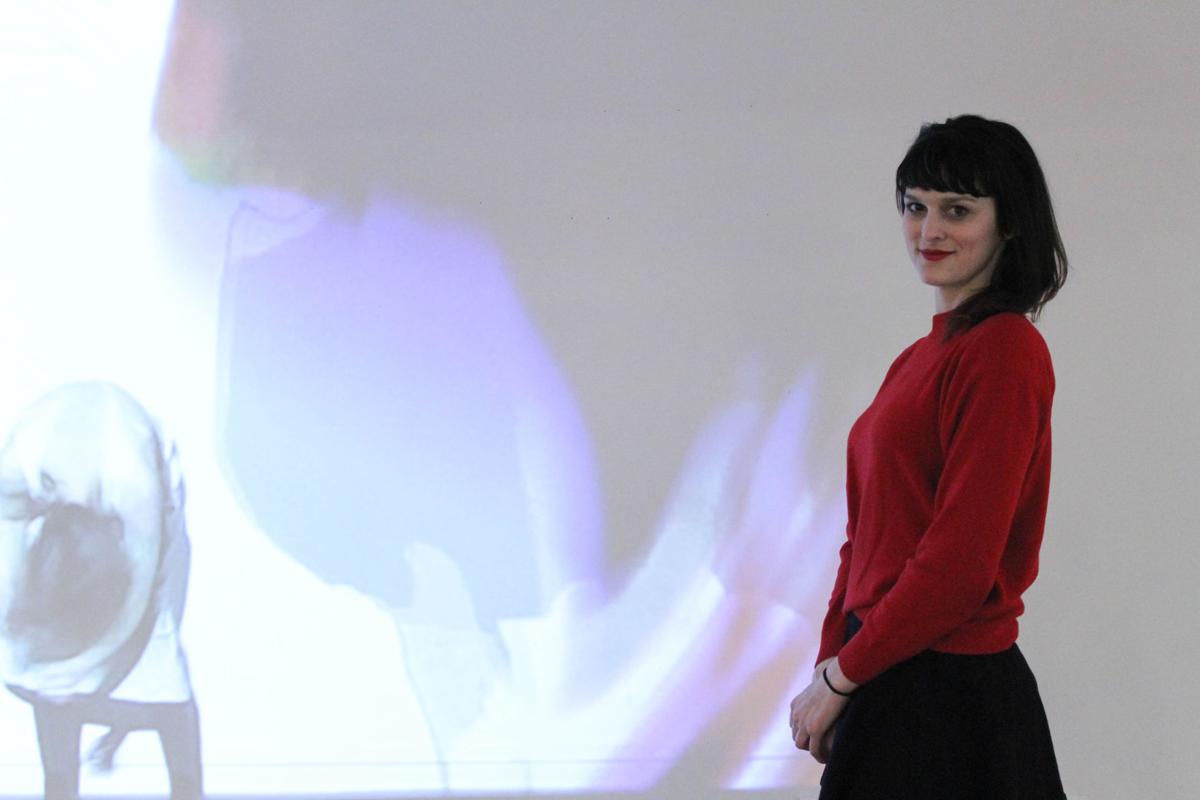 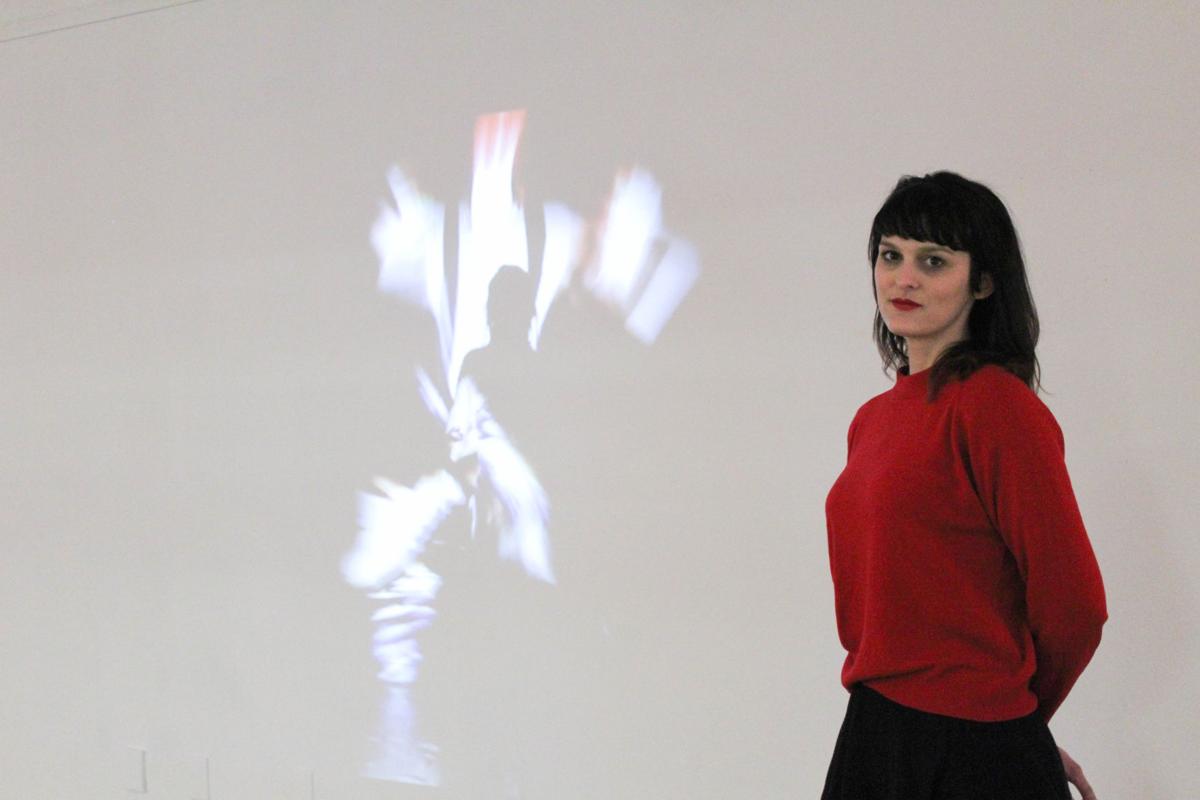 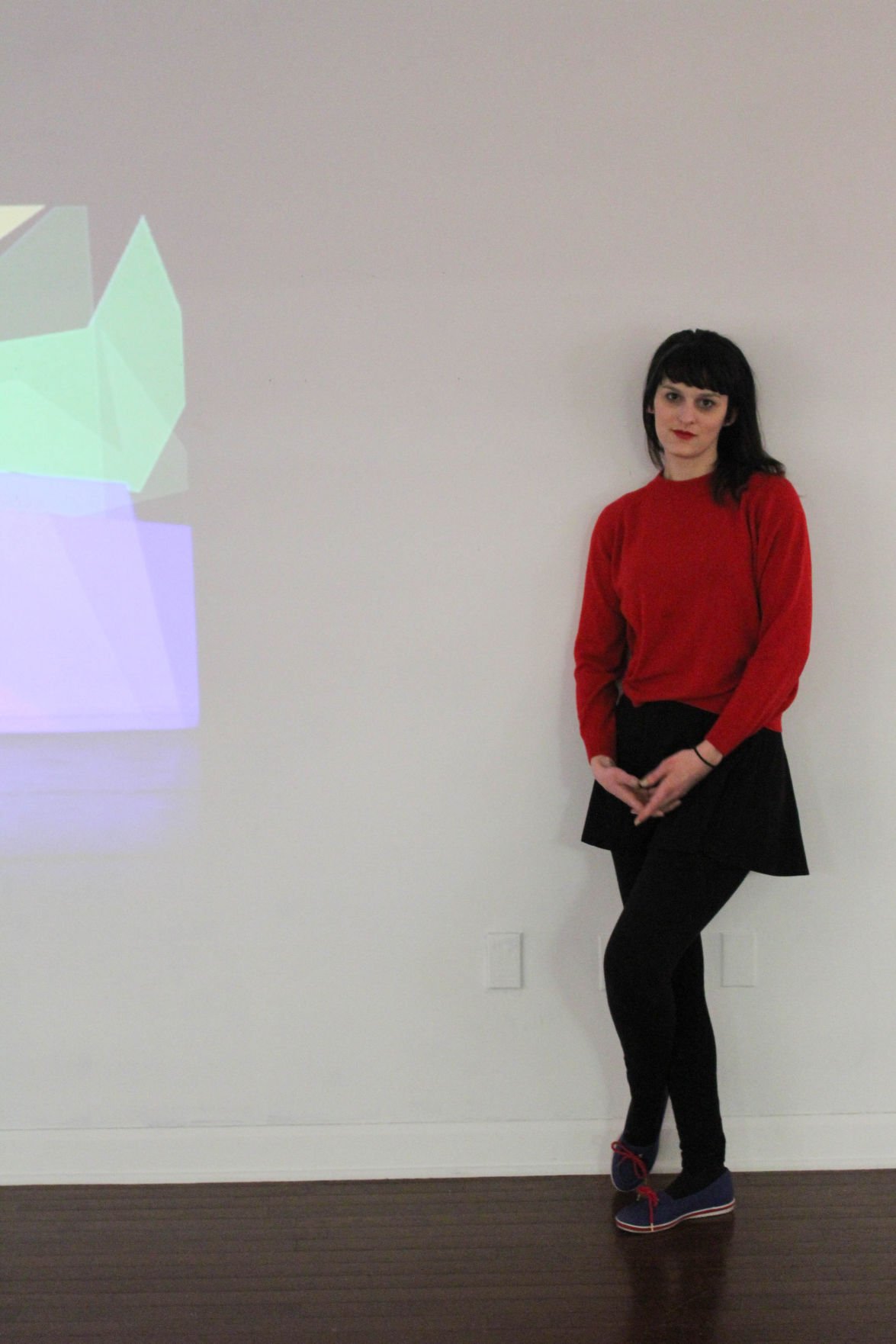 Olivia Hernandez (ONOH) is being featured at the Kansas Union Gallery until Feb. 17. The exhibit "How to Feed a Two-Headed Snake" mixes digital and performance art.

Olivia Hernandez (ONOH) is being featured at the Kansas Union Gallery until Feb. 17. The exhibit "How to Feed a Two-Headed Snake" mixes digital and performance art.

Between receiving her first and second degree, Olivia Hernández moved to France and worked as an art model, a moment in her life that sparked her interest in art.

Originally from Florida, Hernández now resides in Lawrence. She received her Bachelor of Arts in political science and international studies from Baker University in 2011. Then, she went back to school in 2014 at the University to pursue her second bachelor’s degree in visual arts with an emphasis in expanded media. She is also the Lawrence Arts Center dance program coordinator and studio monitor.

Hernández, now a senior visual arts student who does work in expanded media, likes to add a special flair and air of mystery when she is creating her visual art pieces after her inspiration in France. Her work is done mostly with a green-screen, and elements of animation — such as slow movements of the human body — go into the pieces as well.

The Miami-native, who goes by the artist name ONOH, currently has a visual art and sculpture exhibit in the Kansas Union Gallery. The gallery is run by Student Union Activities and "is intended to provide a multi-faceted showcase for exhibits of an artistic nature which are of interest to the University community at large," according to the website. It had its opening Feb. 6 and wrapped up on Feb. 17.

The exhibit, ”How to Feed a Two-Headed Snake,” includes three visual art pieces, along with an award-winning piece 'material girl hallelujah.' There is also a sculpture included in the exhibit.

“I am very much interested in displaying and discussing the body and using human bodies,” she said. “What I find successful about what I do is that when I’m not physically present in the work, I’m representing human construction or touching, in a way.”

Beside being featured in the Kansas Union Gallery, she has also been in a show at Chalmers Hall, two scholarship shows, won the Best Short Film Award at the 2016 CreActive International Open Film Festival in Bangladesh. She has also been invited to submit her work to the Lawrence Arts Center Art Auction.

While making her art at the University, she said she is able to combine digital, animation, and performance, although she’s still trying to bring them together successfully.

With the help of her assistant, Hernández's goal for artistic success is archived, as her work is shot and performed on video. She said a lot of her work that ends up in the final product is conceived from previous research.

“I will hear words or phrases that are quite jarring and I feel as an artist, most of my ideas are generated through research and generating the perfect image and work from there,” Hernández said.

Whitney Mahoney, program coordinator for the Marketing, Media and Programs Office in the Union and lecturer in the Visual Art Department, said that Hernández knows what she wants in her art and has always maintained a strong hold on her unique voice. This is done through her development and progress creatively, academically, and professionally, she said.

What catches the attention of people when they look at Hernández's art, Mahoney said, is that she is not an artist that is interested in making the audience feel comfortable.

“I’m not interested in giving all of the answers, and I want them to be confused,” Hernández said. “I want them to leave the gallery and say ‘what the hell.’”

Mahoney said Hernandez's work challenges the viewer in a number of ways while allowing her a space to explore and unpack aspects of her own identity.

"Her work is often very visually engaging and stimulating but requires the additional step, on the part of the viewer, of challenging one's own perceptions of social constructs and identity," Mahoney said.

Hernández enjoys incorporating the theme of identity into her work because it’s been a question that she has struggled with her whole life.

Half-Cuban, Hernández was raised as a "white child" in a predominantly Hispanic environment. While her family is very religious and conservative, she is the complete opposite, she said.

With her art, she asks herself a lot of questions when relating to her ethnicity and culture, concepts that remain prominent in her heart.

"I don't think I'm an object-maker, and because of that my ability to conceive conceptual projects is strong," Hernández said. "It's not object-driven, and I hope that comes across, and I think it does."