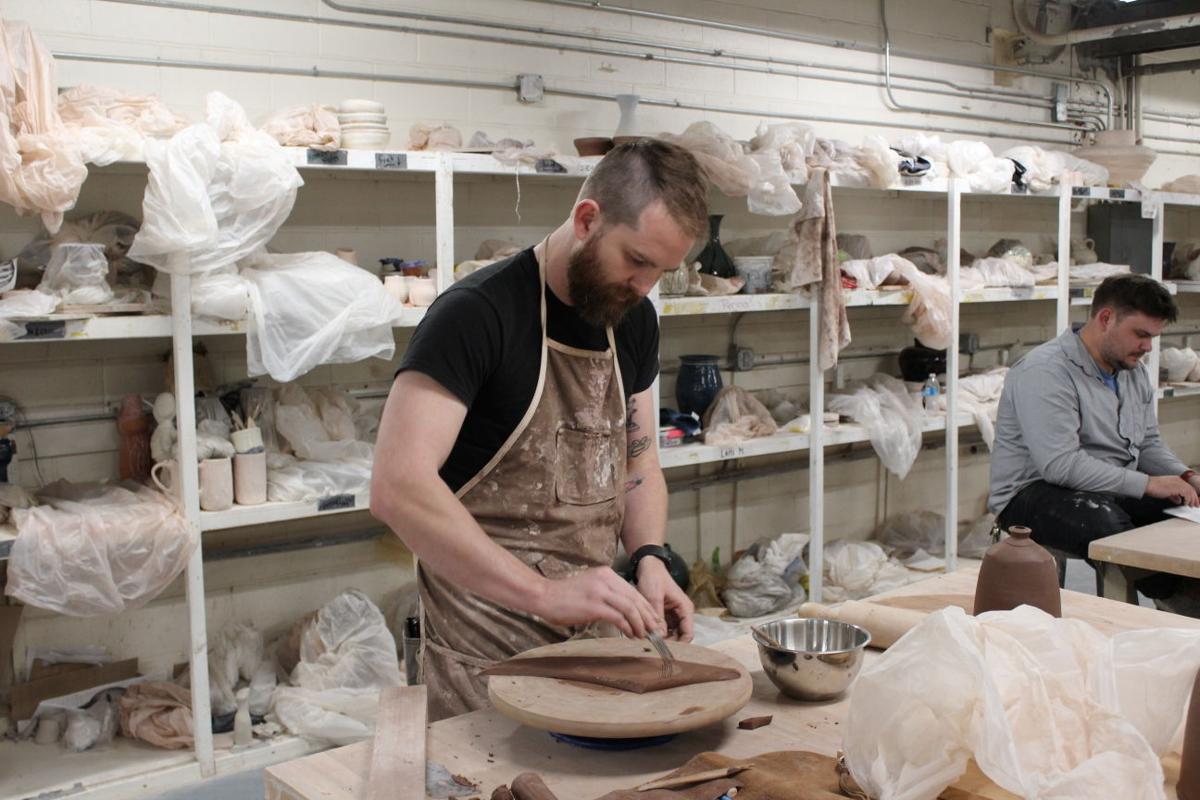 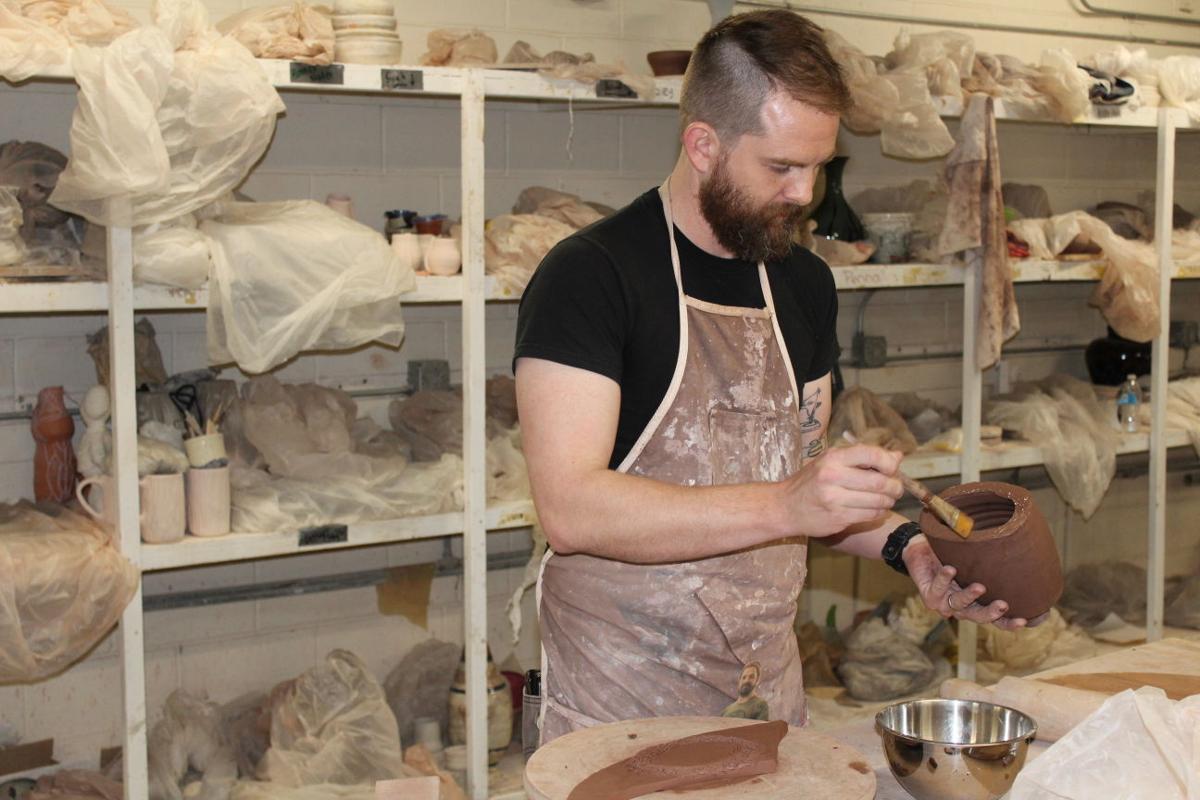 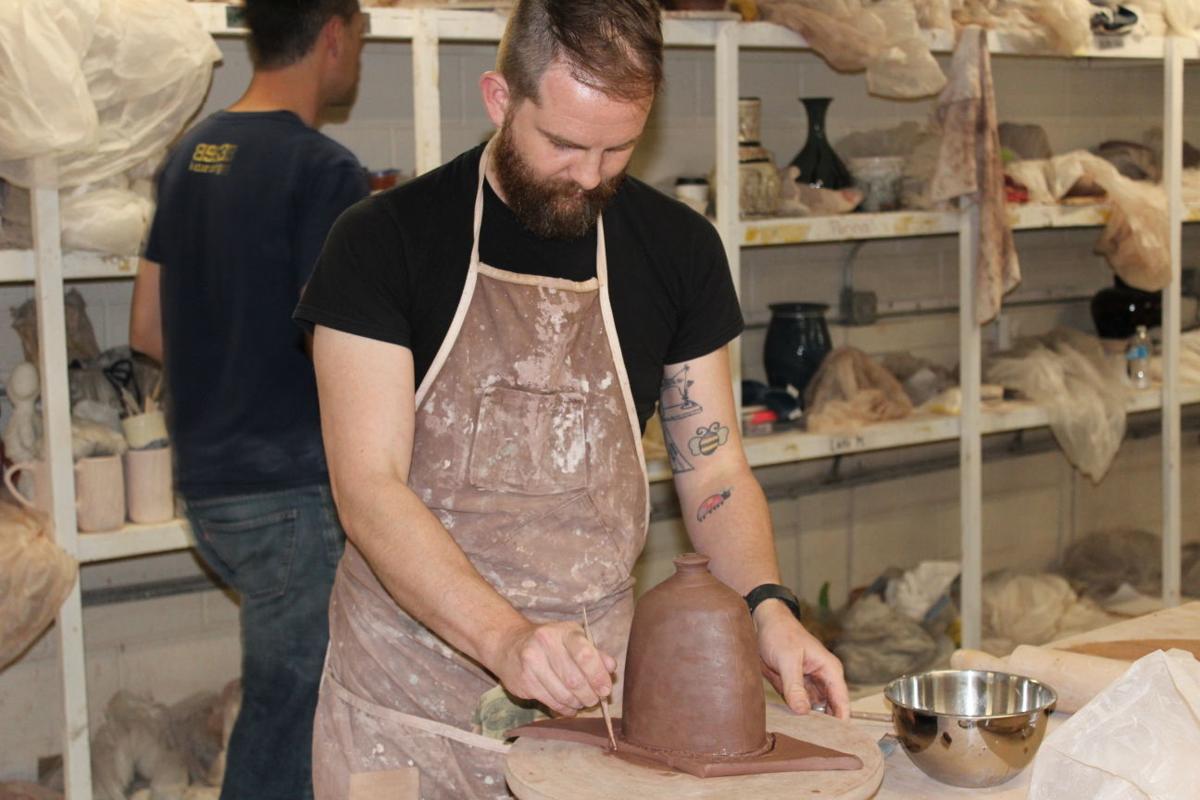 At the KU Ceramics Club, students are doing more than creating art — they are creating connections and opportunities for their futures.

Alexander Thierry, a second year graduate student from St. Louis and president, said building connections is a big focus for the club, which is one of the longest running clubs on campus.

“That’s one thing that’s really important, not only just getting the techniques and meeting new people, but it’s also being able to expand our connections a little bit broader than KU,” Thierry said.

Over the course of the school year the ceramics clubs hosts various artists, shows, sales and they attend conferences. Each semester, Thierry said the club tries to bring in at least one visiting artist and this semester they were able to bring in 15.

Recently, the club participated in a pre-conference event for the National Council on Education for the Ceramic Arts (NCECA). The club brought in various visiting artists from all over the world.

Thierry said on one of the demonstration days, there were artists from China, Costa Rica, Ireland, Mexico, New Zealand and Australia all demonstrating their work at the same time.

“It was just like madness to see all these different people doing different things, it was crazy," Thierry said. "And the more times that we can raise enough money or sell enough things to bring those kind of perspectives to the studio is just going above and beyond for the students."

“I think that even though our program is pretty good and there’s a nice roundness to the kinds of projects students do," Thierry said. "I think that we can always improve on bringing outside perspectives and other ways of making things to the studio."

The club also raises funds from student senate and sales to travel to the NCECA conference every year, which is one of the largest gathering of artists in the world.

“That is a conference that brings in a bunch of artists and hobbyists from all over the world. We have discussions, demonstrations, there’s a bunch of shows that are attached to it, and it’s just one big ceramics convention,” Thierry said.

Thierry said he joined the club partly because he spent so much time in the studio. He also wanted to build more connections between graduate students and undergraduate students.

“It’s good to have this kind of camaraderie between undergrads and graduate students and then all of us working together to get to these goals we have of like going to these conferences and being a part of that community,” he said.

Sydney Goldman, a junior from Spring Hill and a member of the club, joined after getting a recommendation. She said she enjoys the opportunities the club provides and the help undergraduate students receive from graduate students.

“It’s hard to get your name out there. They really help to get us started getting our names out there as undergrads, and they [graduate students] have a lot of encouragement. There’s a lot of experience that we can really tap into,” Goldman said.

Thierry said he hopes club members take away the experience of being around so many different types of ceramics in the club.

“The experience of being around so many different ceramic people and having the connections that are made. [Having] all these different opportunities that then become a network that gets bigger for that student,” he said.

Goldman said one big take away from the club so far has been learning that ceramic artists cover a wide variety of spectrums.

The KU Ceramics Club will be having both a show and sale on 840 Massachusetts St. on Friday, April 29 during April's Final Friday.