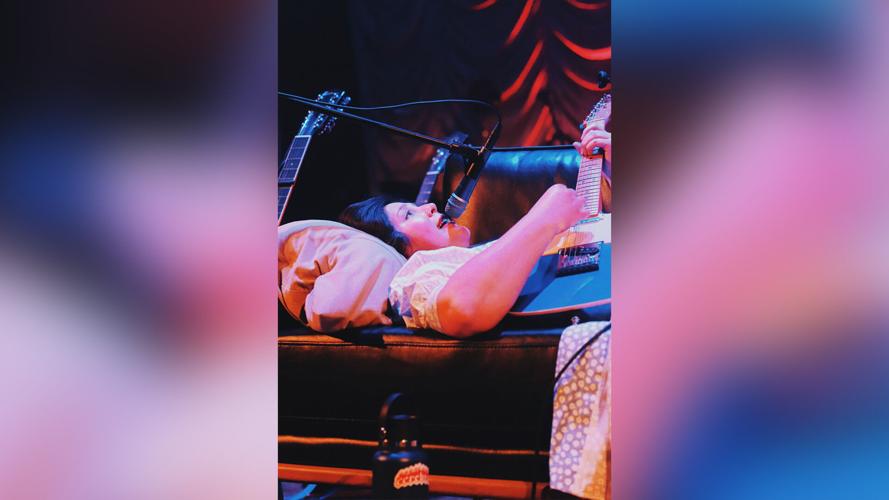 Due to a long-term injury, Lucy Dacus performed the majority of her set via couch. 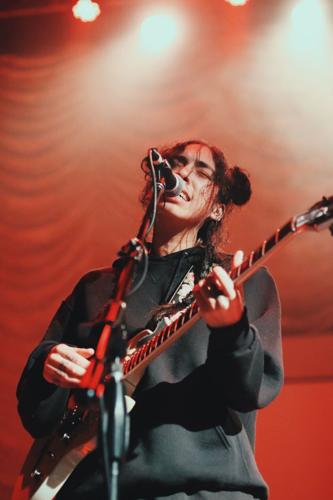 North Carolina-based artist Indigo de Souza performed fan-favorite tracks off her albums "Any Shape You Take" and "I Love My Mom." 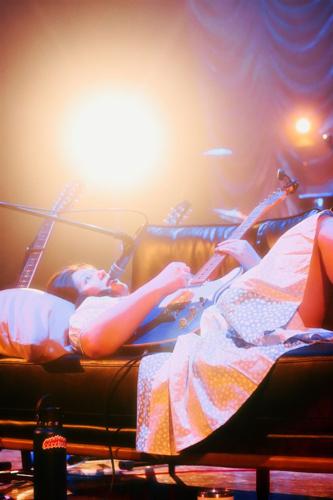 The Philadelphia-based artist will start the European leg of her tour on March 18.

On the night of Feb. 19, I found myself looking for Liberty Hall after I had forgotten what block it was on. As soon as I was met with a sea of teenagers wearing Doc Martens and thrifted grandpa sweaters, I knew I had made it to the right place: the Lucy Dacus concert. As the doors to the venue finally opened, wave of excited indie locals entered the venue.

“I got here around 5 p.m.,” Peck said. “When we first arrived in line it wasn’t too crowded, but by about 7:30, it was wrapped around the building at the end of the street.”

The energy grew as people shuffled inside, and the bubbling of excitement began to simmer. Upon entering the venue, people became competitive as they were invested in getting the best spot on the standing-room floor.

The sold-out show slowly filled with bodies, and the crowd was ready to sway slowly to the music.

Opener Indigo de Souza and her bandmates soon entered the stage. Her set was authentically indie, and brought me back to the nostalgic days of teenage angst and summer nights.

De Souza’s vocal range was highlighted in each song. From moody lows to powerful highs, her voice kept the audience on their toes. Each song from her set had an ethereal sound with equally powerful instrumentals.

As the lights dimmed and de Souza left the stage, projections of Dacus’ childhood home videos lit up the stage. Chatter from the crowd erupted with a collective admiration at every clip of the young singer.

Dacus came on stage with power, yielding her guitar and kicking her legs up on the couch where she performed the rest of the show.

“Hello,” she said. “I’m on a couch.” Dacus has been performing couch-bound as a result of two herniated discs. Despite this physical setback, the couch seemed to excite the crowd even more.

She performed her set with compelling vocals, holding her guitar with ease as if it were light as a feather. The Virginia native sang songs from her recent album "Home Video", opening with “Triple Dog Dare,” a track that opens with the line, “You’re yawning on your couch.”

“She sounded incredible, and honestly playing guitar laying down is tricky so it was impressive,” concert-goer Emma Mathieson said.

Dacus exuded an insane amount of energy. Her instrumentalists made up for her inability to move around with the crowd.

Her setlist ranged from slow songs, to upbeat tracks, to a cover of “Home Again” by Carol King.

Towards the end of the concert, she shouted out Love Garden Sounds, 715 and Wonder Fair, local businesses that she visited while in town.

The concert concluded with her performing her newest single “Kissing Lessons,”  and the show ended with the fan-favorite "Historian" track, “Night Shift.”

Dacus is on the last leg of her American tour. Upcoming tour dates and tickets are available on her website.