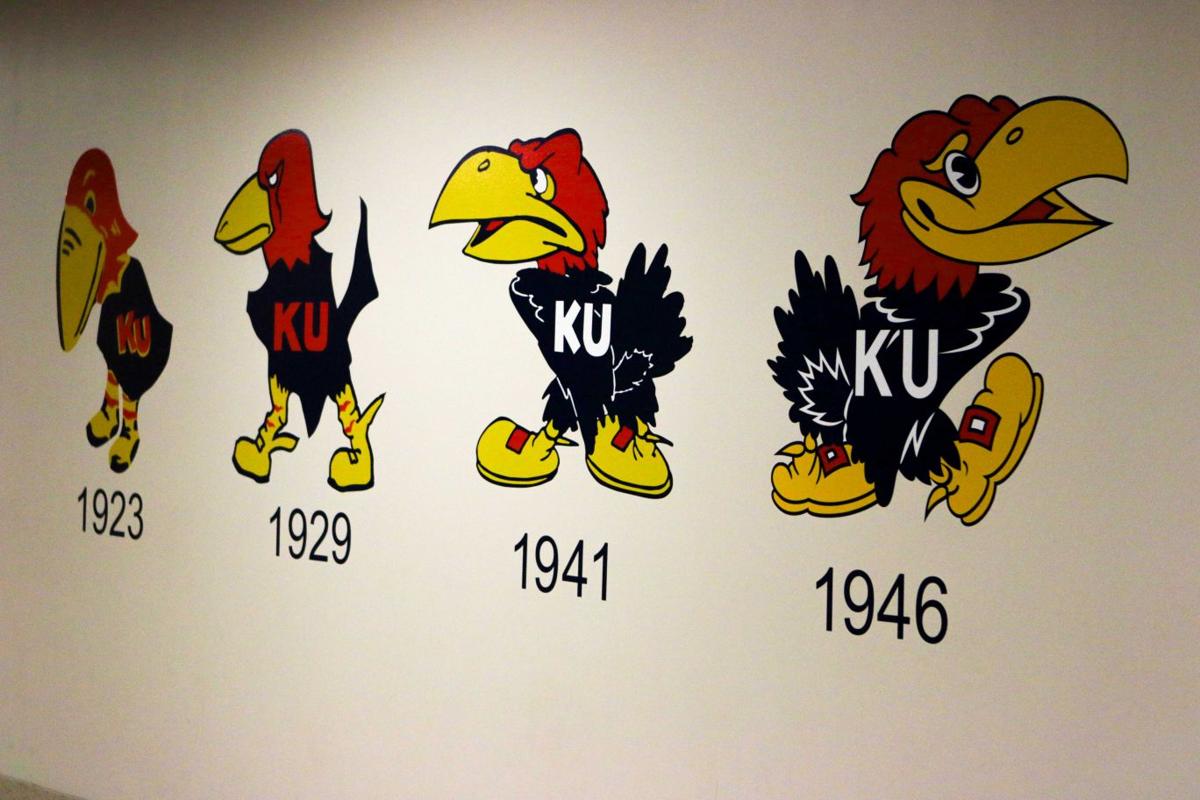 The progression of the Jayhawk mascot is painted on a wall inside Allen Fieldhouse. 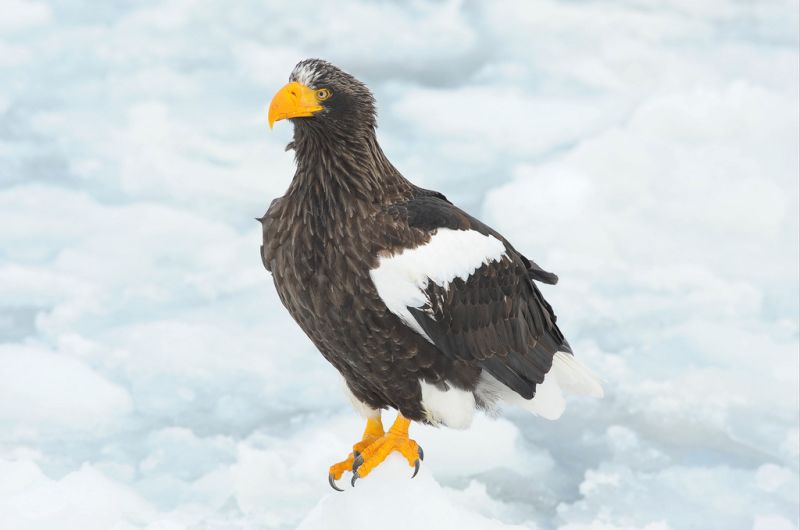 Steller's sea eagle of northeastern Asia has a beak remarkably similar to that of the Jayhawk. 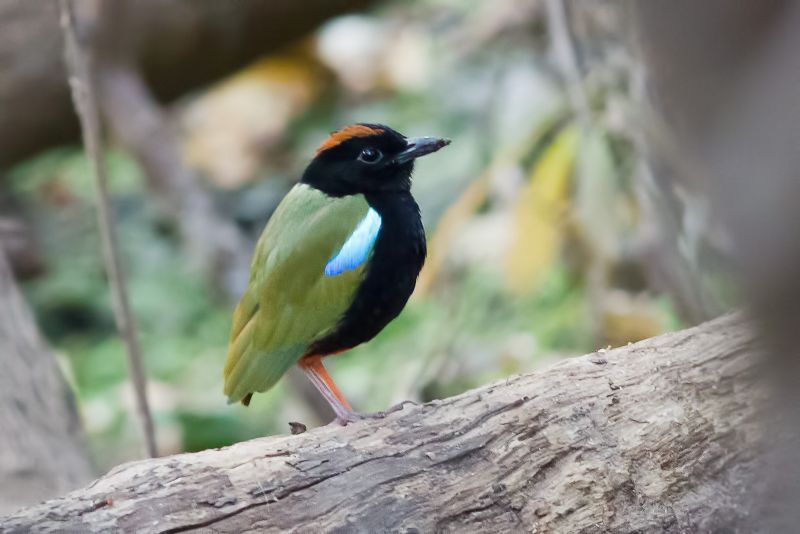 The rainbow pitta of Australia has odd proportions and bright plumage, as does the Jayhawk.

The Jayhawk, tragically, is not a real bird. Nature has yet to produce an animal that wears sneakers and has letters emblazoned on its feathers. But the Jayhawk does have features shared by live birds, according to Lucas DeCiccio, a second-year graduate student studying ornithology in the department of ecology and evolutionary biology.

DeCiccio answered the Kansan’s questions about what the life of a real Jayhawk bird might be like.

Kansan: Could the Jayhawk exist in the wild?

DeCiccio: It could. I’m not aware of anything that actually looks like that in the wild.

There’s so much variation in bird proportions, and there's lots of flightless birds out there, obviously, so that kind of relaxes a lot of proportional constraints. So, it could. I think it’s well within the realm of variation that we've seen in extinct birds and extant species.

Kansan: Is there an extinct species the Jayhawk calls to mind? Its beak kind of looks like a dodo beak.

DeCiccio: Yeah, that's the only thing that I was kind of thinking: the big, chunky feet and the large bill. I would say that that's not unrealistic, kind of parallel.

Kansan: Do you think the Jayhawk would be able to fly?

DeCiccio: Uncertain. The dodo definitely couldn’t. I did review and look at the Jayhawk throughout history and what not, and I didn’t see any of it with its wings out. I was trying to figure out if you could actually answer that because you could easily, if there was a rendition with the wings out, you could figure out whatever wing loading and how much wing you would have to have, but you'd have to surmise a lot.

There’s some really small songbirds that are very oddly proportioned: long legs, like no tail, not necessarily large bill, but those species can fly. The weight-to-wing-area ratio starts changing if the bird's actually larger.

Pittas are kind of larger, they're maybe six to eight inches. Tesias are tiny though. They're maybe two to three inches. They're also very strangely proportioned.

DeCiccio: Uncertain. A lot of eagles do have a bill shaped like that. The Steller's sea eagle, they've got a really big yellow bill that, shape-wise, is similar-ish. The dodo's bill is not too dissimilar either. Sometimes bill shape actually tells you a lot about what the critter eats, but there's also a lot of variation.

DeCiccio: Yeah, they all eat meat to some degree. Some are more scavengers eating dead fish and other dead meat.

Kansan: Do they ever scavenge wildcats?

DeCiccio: *Laughing* I'm not sure. A lot of bald eagles are particularly prone to scavenging, but it's usually more aquatic prey. They'll scavenge fish pretty routinely. I mean, stuff that will scavenge, I'm sure if it's under certain pressure, it'll scavenge other things.

Golden eagles will scavenge a lot more land-based [prey]. I used to work in Alaska a fair amount, and people would trap golden eagles off of moose carcasses.

Kansan: As far as mascots go, it's maybe not quite as outlandish as I thought. It does seem like it's kind of a hodge-podge of birds from different regions of the world.

DeCiccio: I'd agree. It's not as crazy as some mascots, but it definitely doesn't have a very clear link to an extant wild. But you could put something together.