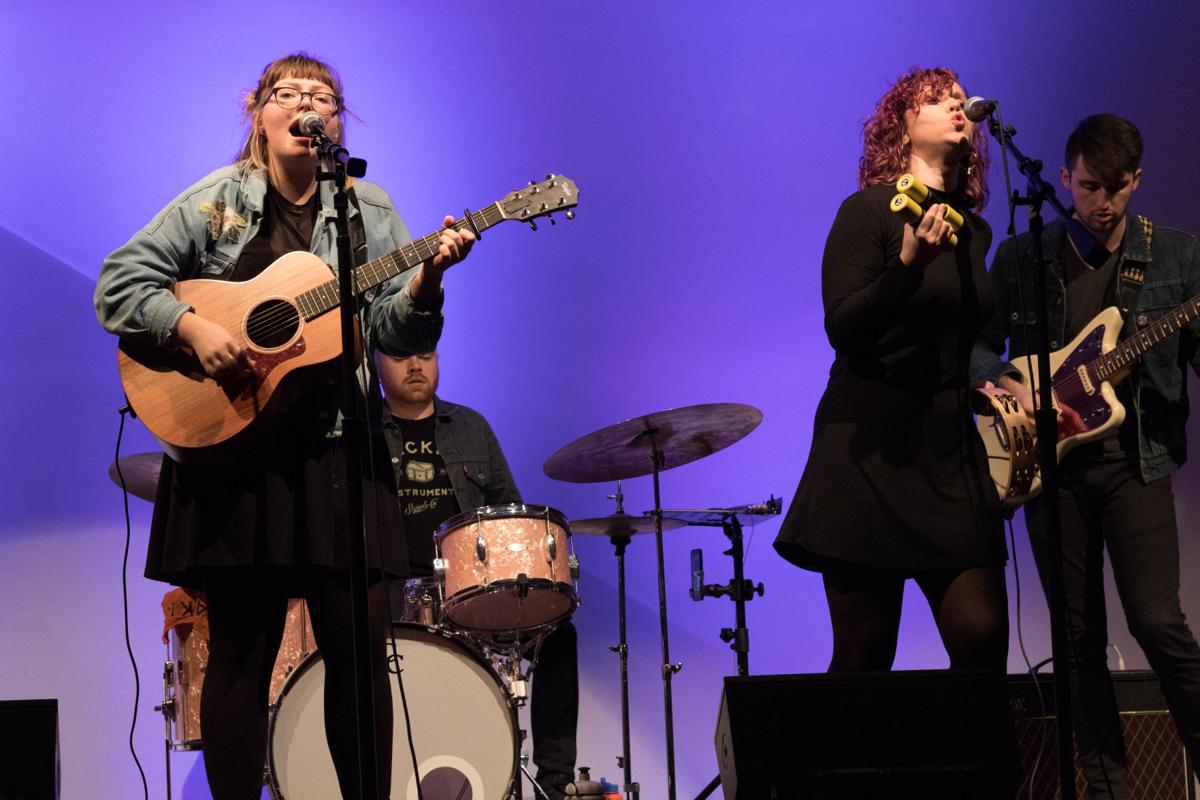 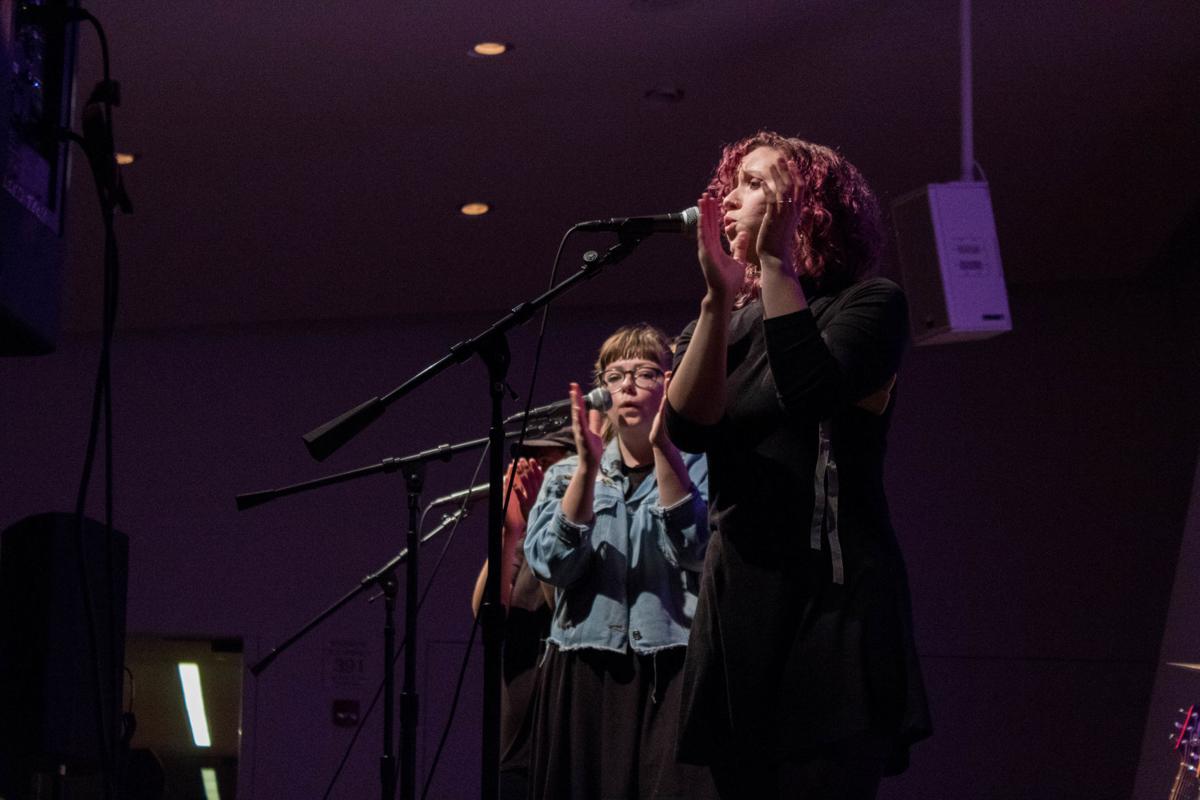 Experience Blue False Indigo perform, and their self proclaimed genre “spooky-folk” begins to make sense: the music makes chills race across the skin and the hair on the back of one’s neck stand up.

Their music is characterized by stirring vocals and intricately-woven harmonies. Blue False Indigo’s three singers' lilt and howl mysteriously with accompaniment on drums and electric and acoustic guitars. Every song has a pulse, the music fluctuating, energy building and releasing in a way that can only be described as hauntingly cathartic.

Blue False Indigo was founded in Springfield, Missouri, when singer/songwriter/acoustic guitar player Makayla Scott, singer Adrianna Jae Valle and singer Kara LePage attended Drury University together. All three studied music, Scott and LePage each graduating with degrees in vocal performance and music therapy, respectively. They bonded through the Drury Singers choir program and started as a cover band, performing music by artists including MGMT, Florence and The Machine and Kimbra.

As she began to write original music for Blue False Indigo, Scott cited Alabama Shakes, Mitski and Florence Welch as some sources of inspiration.

The band decided upon their “spooky folk” label because when Scott wrote music for them to perform, “it just had some haunting feel about it,” Valle said.

“We started our band around Halloween, so I think that may have spurred the spook,” LePage said.

The "spooky folk" label has yet to spread to other artists, but the members of Blue False Indigo believe in the possibilities.

“I think we’re the only people who consider ourselves spooky-folk, though we know of other spooky folk artists,” Scott said. “We just haven’t told them that they’re spooky folk yet.

The band just released their first studio album, “More Light,” last September. The group let out a collective sigh of relief and satisfaction recounting this.

“Recording is an undertaking,” Scott scott.

The album is the work of the three founding members, so it’s full of vocal harmonies, acoustic accompaniment and light percussion. When they play songs from album “More Light” live, they add in drums and the electric guitar.

“It’s cool to play our music with [Bowes and Schley] because they add a whole different flair,” La Valle said.

Blue False Indigo is eager to share their music with the world. They don’t believe their sound has changed much since they started, but they do feel that they’ve developed as artists.

“Over the past year I have really shifted my perspective whenever I’m performing to really thinking about what’s being said, because it has the power to really touch someone,” Scott said. “When you write something, it doesn’t always feel like it has that power, because it’s just coming out of you and it’s your personal tale or turmoil or whatever, but somebody listening might connect to that so it’s important every time to do it with heart and do it with the passion you wrote it with.”