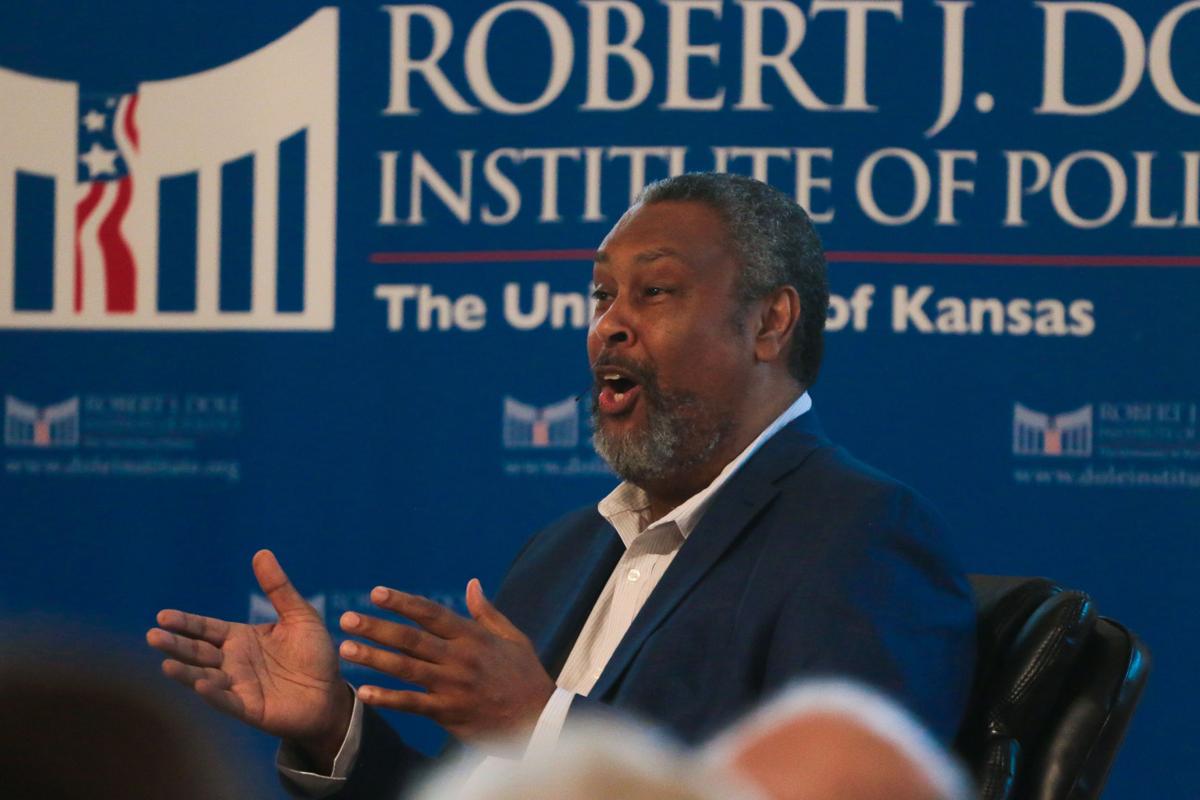 University of Kansas professor Kevin Willmott discusses his movies and upbringing at the Dole Institute of Poltics' event "In Conversation with Kevin Willmott." 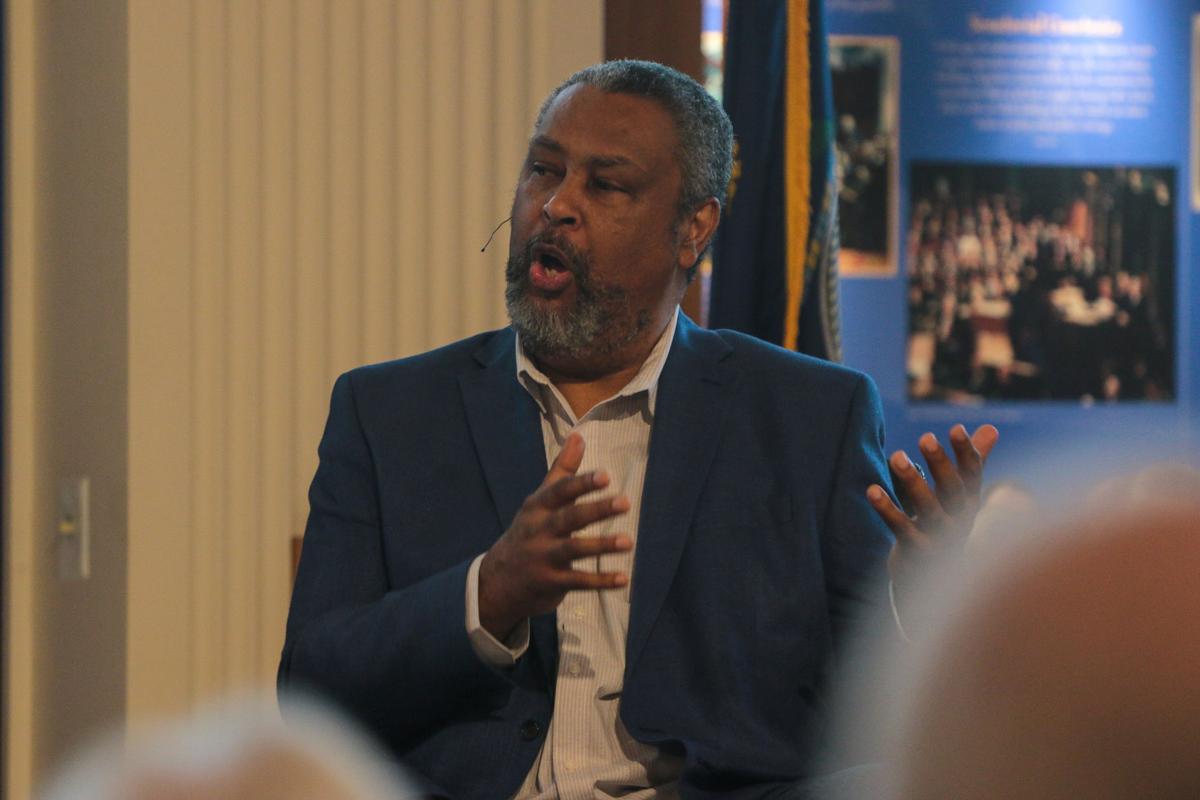 University of Kansas professor Kevin Willmott discusses his movies and upbringing at the Dole Institute of Poltics' event "In Conversation with Kevin Willmott." Willmott grew up in Junction City. 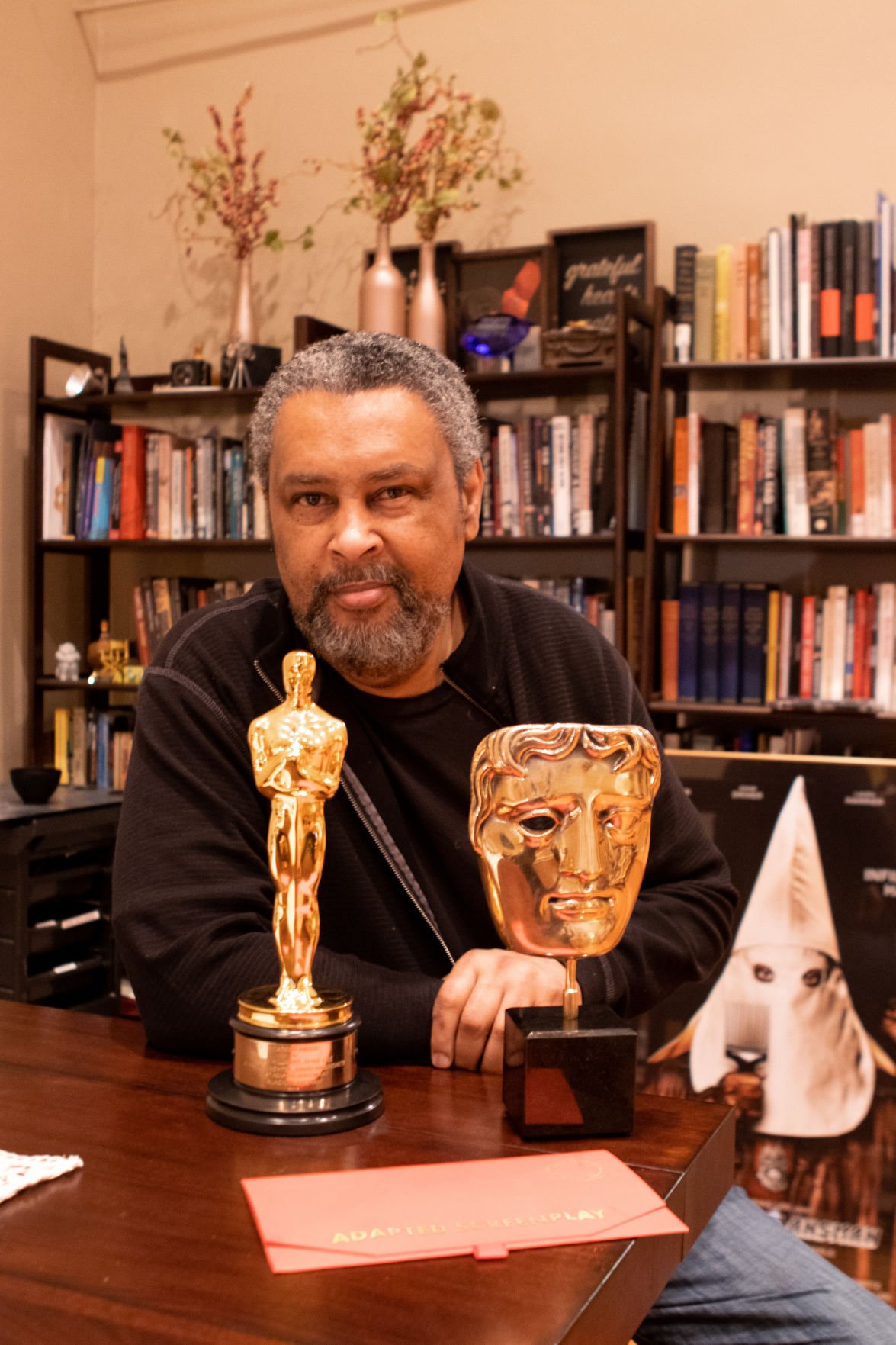 Oscar-winning film and media studies professor Kevin Willmott said to be an American means to be uncomfortable — and this belief, along with his passion for activism and history, is at the root of many of his screenplays and films.

“The inspiration really comes from the things you believe in,” Willmott said.

Willmott shared moments from his extensive career and his life in Kansas at “In Conversation with Kevin Willmott” on Sept. 11 at the Dole Institute of Politics.

A Kansas native, Willmott grew up in Junction City, where his love of films first began.

“We went to the movies every weekend,” Willmott said. “It was a great time to be a kid, and I kind of knew I loved movies from a very early age.”

Willmott’s Kansas roots have inspired many of his projects, including “Ninth Street” (1999), which tells the story of Junction City in the late 1960s. “Ninth Street” also started his belief in community filmmaking, a concept by which Willmott strongly stands.

Willmott said community filmmaking is giving opportunities to people in film that are looking for them, and when you do things for them, they will do things for you in return.

His career continued to develop into films, including “C.S.A.: The Confederate States of America,” “Jayhawkers,” “Chi-Raq” and recently, “BlacKkKlansman.”

Released in 2018, BlacKkKlansman propelled Willmott into the national spotlight when he was nominated for Best Adapted Screenplay at the 2019 Academy Awards along with longtime friend and collaborator Spike Lee.

Willmott won the Academy Award along with Spike Lee, Charlie Wachtel and David Rabinowitz. He even managed to shout a quick “Rock Chalk Jayhawk!” onstage in a nod to his family, friends and students back home in Lawrence.

Willmott acknowledged the importance of his support system back in Kansas, recognizing the Academy Award was not only for him but his supporters as well.

“It was like a community award,” Willmott said. “So many people in Lawrence have helped me along the way. KU has been a big part of that — to make my films and to really make my dreams come true in a sense. When we won that night, it was really for everybody.”

Gabrielle Schreiner, a junior from Wichita, said she was thoroughly impressed by Willmott’s experiences shared at the talk.

“Juggling supporting his community, being a professor and creating his films is really admirable,” Schreiner said.

The road to a career in the film industry isn’t easy and requires years of hard work and effort. You have to care as much as you can about it, Willmott said. He continues to share his experience and advice with with his students in the film department who are prospective filmmakers themselves.

A deep love for films and the work is imperative. However, one of the most important aspects of a film is the identity and the truth of the filmmaker in the piece, Willmott said.

Not only does Willmott impact his students’ lives, but he said he believes they impact his just as much.

After his recent success, Willmott has no plans of slowing down. Along with a few documentaries and other films in the works, Willmott is also currently working for former President Barack Obama’s production company on a script about historical figure Frederick Douglass that will premiere on Netflix.

“I’ve always got five movies I’m working on at a time,” Willmott said.