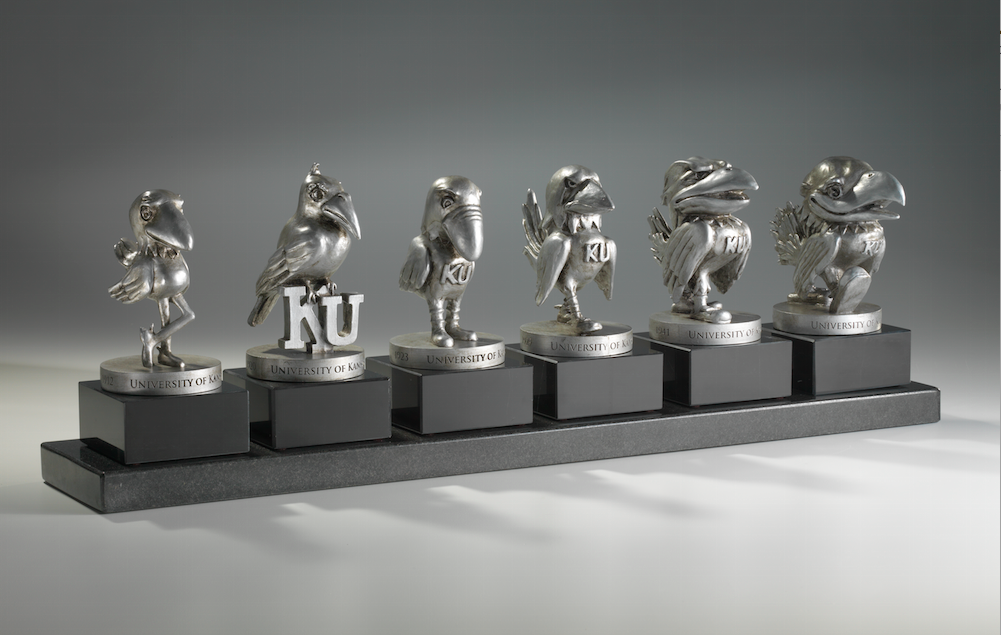 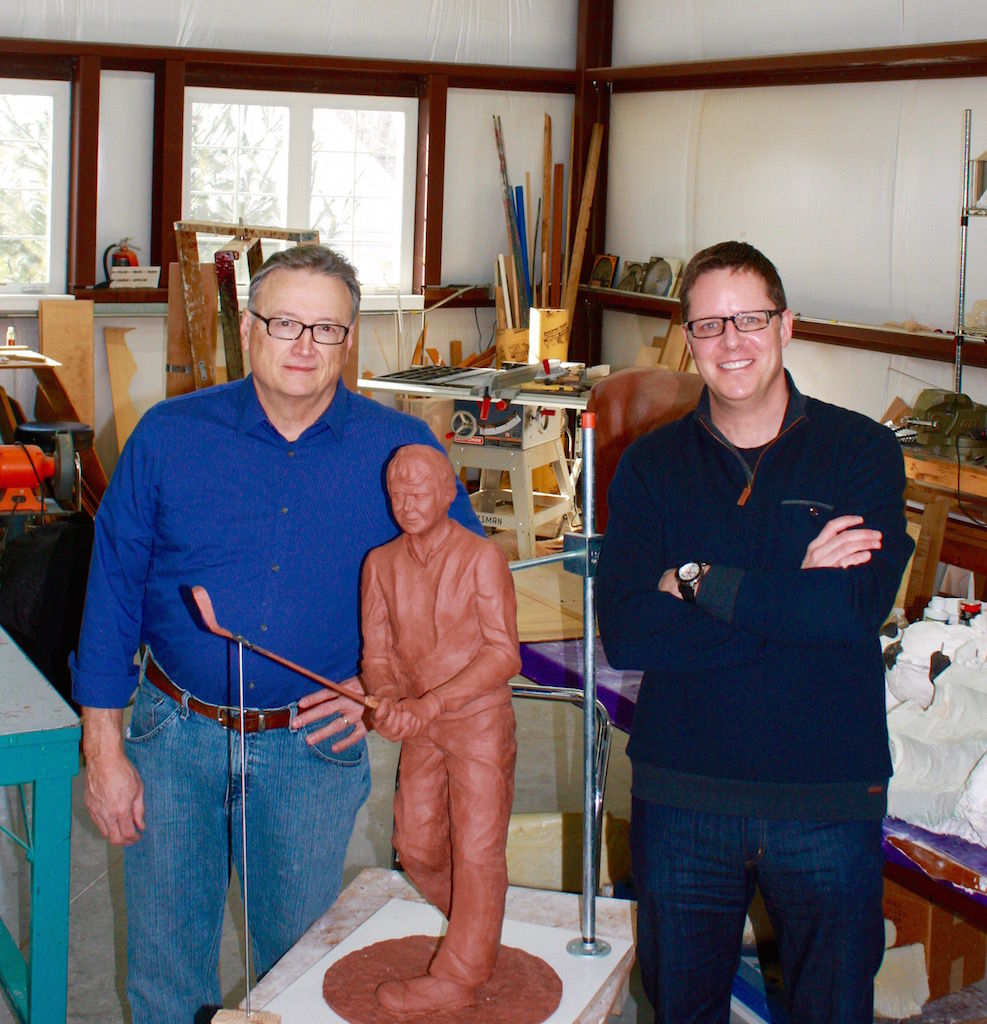 For over 20 years, artist Robin Richerson worked as a sculptor making everything from Viking busts to athletes in action. Richerson, based in Kansas City, is now working on a collection of Jayhawk sculptures to be sold under ICON Artworks. The sculptures will document the evolution of the Jayhawk logo over time.

Richerson said he'd always wanted to do something related to the University, but because of the Jayhawk being licensed, he never went through the process of acquiring the license in order to legally sell the logo.

Matt Palmer, a KU alumnus and Richerson’s nephew, originally approached Richerson with the idea of making the Jayhawk in 2009. The idea wasn’t anything more than conversation during the holidays between family.

However, in late 2013,  the two established ICON. From there, Palmer worked on acquiring the license, which he gained in July 2014. The Jayhawk collection debuted on Sept. 1 this year.

The sculptures come in seven- and eight-inch versions with the option of bronze or pewter. The pewter sculptures cost $289, while the bronze cost $589. Within the next month, the company will debut a cheaper five-inch version for the common fan.

The company uses the lost-wax casting method, a style used for thousands of years, according to the Metropolitan Museum of Art. The process includes a clay model, a wax mold and hours of intensive labor.

Both Richerson and Palmer's connection to the school and the state of Kansas as a whole gives them a sense of pride in the sculptures.

“I do feel a sense of pride,” Richerson said. “The two-dimensional drawings of the evolution of the Jayhawk have been around for a long time and I’ve seen these drawings and as far as I know, I’m the first person that has produced them in three-dimensions and had the University’s blessing."

“For me to have the opportunity to [work on the sculptures,] I can’t describe the kind of honor and pride that I feel,” Palmer said.

Richerson has two degrees from UMKC, one in art education and another in studio art, but four years of training from Chinese sculptor Kwan Wu provided his most valuable education. Wu is responsible for the Phog Allen statue in front of Allen Fieldhouse and the George Brett statue at Kaufmann Stadium, amongst many other works.

“I worked my schedule around to work with him, and he helped me to understand more about anatomy, proportion and to use my eyes better,” Richerson said. “I learned more in those four years than I ever did at the University.”

Going forward, the company will continue to work with the University to make new sculptures beyond the six Jayhawks it now features. They are also working with other schools to start doing similar projects.

“To launch our company with this mythical bird we all know and love has been a dream come true,” Palmer said.