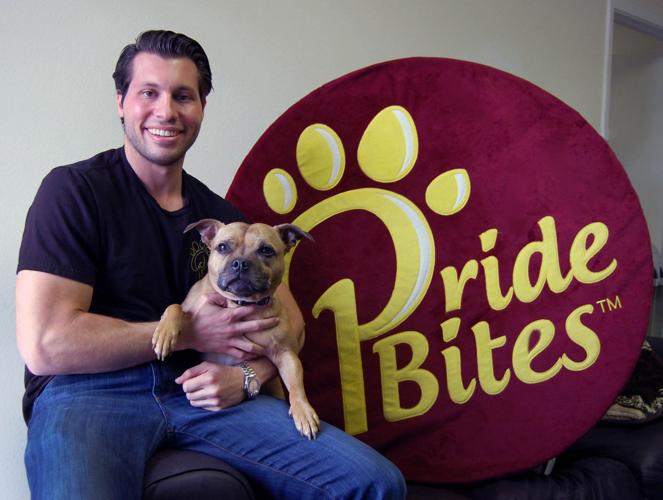 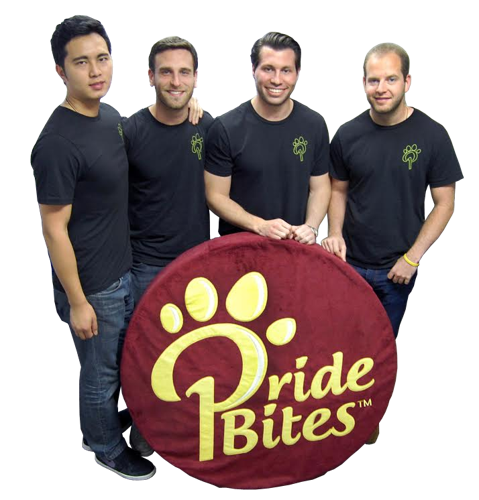 Two pet lovers from Austin, Texas design and customize accessories for the most important member of the family: the dog. One of them is a University alumnus.

Blustein and company co-founder Sean Knecht presented PrideBites, which offers customizable dog toys and other pet products such as collars, beds, blankets and more. Blustein, who graduated in 2011, said it was a different perspective to be on the show though he had watched the show many times.

“Walking down the hallways and getting there and looking at those investors is a chilling experience," he said. "I just couldn’t stop smiling."

He added: "You know, it was like, I’ve seen these guys a million times, I know all the questions they’re about to ask me […] and I just want[ed] to have a really good time."

Knecht, a 2009 graduate of the University of Massachusetts Amherst, said he and Blustein made for a good duo because of his background in pitching sales and Blustein’s experience in investor pitches.

“I only spoke when they spoke about the sales stuff, Steven spoke when they talked about the numbers and the investors side, so we had a good dynamic, but it was definitely nerve wracking, an incredible experience nonetheless,” Knecht said.

PrideBites made a deal with two of the show's investors, Robert Herjavec and Lori Greiner. And, as a result of their appearance on the show, Blustein and Knecht said their business has kicked off. Blustein said this included contact with big box stores in the country, more partnerships and more.

“We got on [the show] and the next day I wasn’t able to clear my inbox at any given point and I pride myself on getting back to people and being available,” Blustein said. "[The] opportunity we’ve had has just been incredible."

Knecht said since the show aired on April 8, his idea of the word "busy" has changed completely.

“I thought I knew what busy was until now," Knecht said. "I wake up with 50-plus emails in my inbox. I used to be able to clear my inbox."

Blustein said today their main focus is to keep and choose the right opportunities.

“After 'Shark Tank', it’s a little bit different," Blustein said. "It’s kind of keeping up with it and managing your head above water and making sure that you see and pick up the right opportunities instead of every one that comes your way."

“We’re all big pet lovers. We all wanted to do something at KU with our pets that could benefit the students of KU,” Blustein said. “When you’re a college student you don’t have much cash and you go into a pet store often, you want something that is a quality product, and that’s cheap in terms of price point.”

Blustein said one of the biggest challenges they had was getting their ideas off paper and turning them into a feasible product.

“The real hard part is making that switch from that idea, that concept, that you create with your time and putting it into action with dollars and cents,” Blustein said.

Looking to the future, Blustein said he’s excited to launch new products. He is also looking ahead for more customization options for customers both online, and soon in store with a customizable kiosk.

Blustein said they plan to implement in-store kiosks where customers can customize their pet products there instead of online. Knecht said before “Shark Tank,” the business plan was years away from becoming reality.

“Our long-term grand goals and aspirations actually have the ability to come to life," Knecht said. "We had dreams of a kiosk model that we thought were actually a couple of years away. Turns out it might only be a couple of months away now."

Blustein said his advice for prospective entrepreneurs is to have a good work ethic.

“I think it’s [obvious] to always try, to always take a chance. Do your homework and work hard at it. Prepare yourself," he said. "I think that as long as you have any idea that’s good enough, hard work is what sets it apart. And it’s hard smart work."

Do your homework and work hard at it. Prepare yourself.