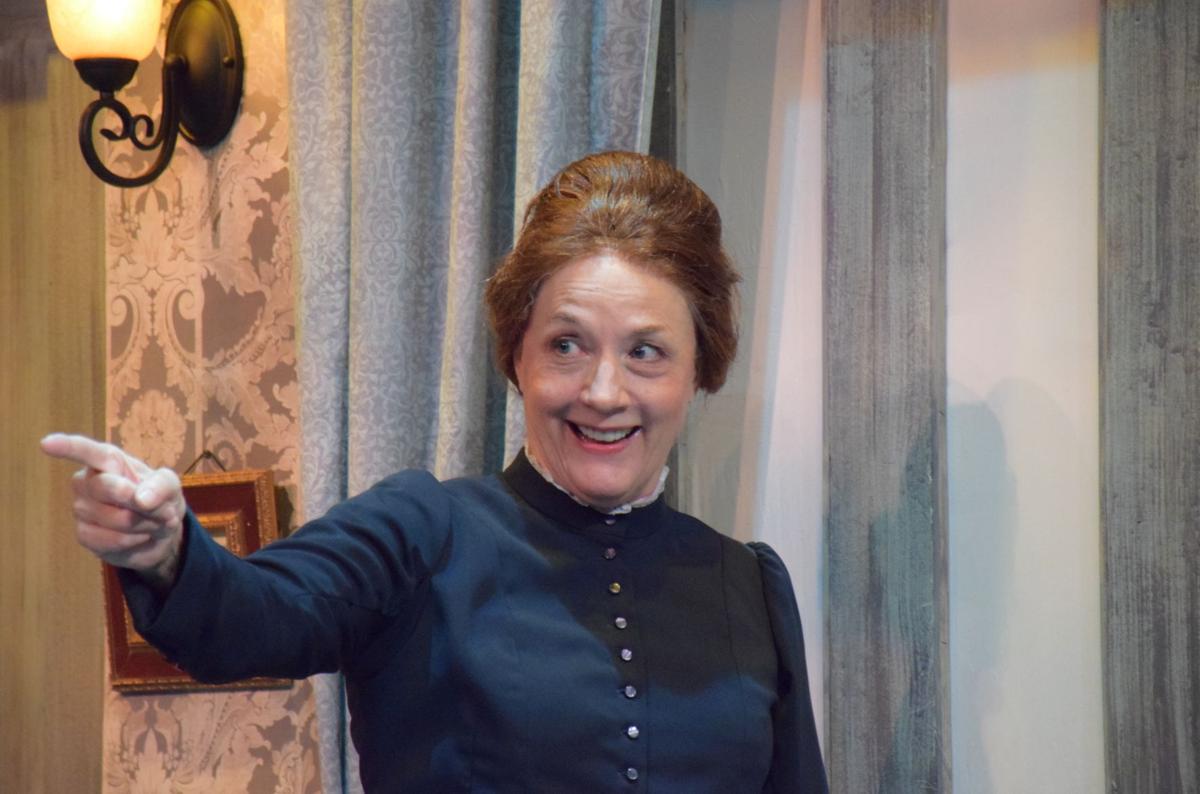 Sergeant Detective Rough, portrayed by Jeanne Averill. Averill is an alumna with both bachelor's and master's degrees from the University. 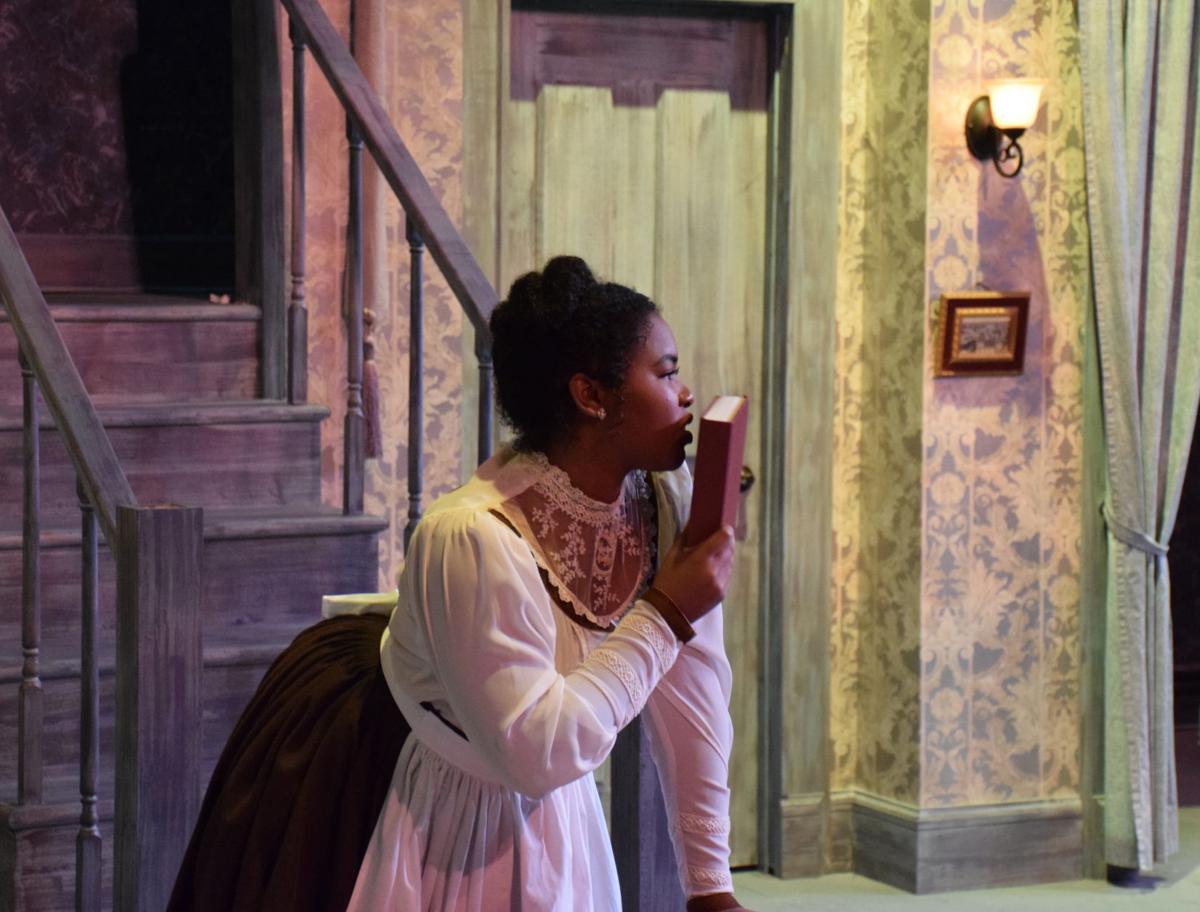 Nancy, portrayed by Bri Woods, kisses a bible. Woods is a senior from Overland Park majoring in theatre performance. "Angel Street" opens July 22 with additional performances throughout the week. 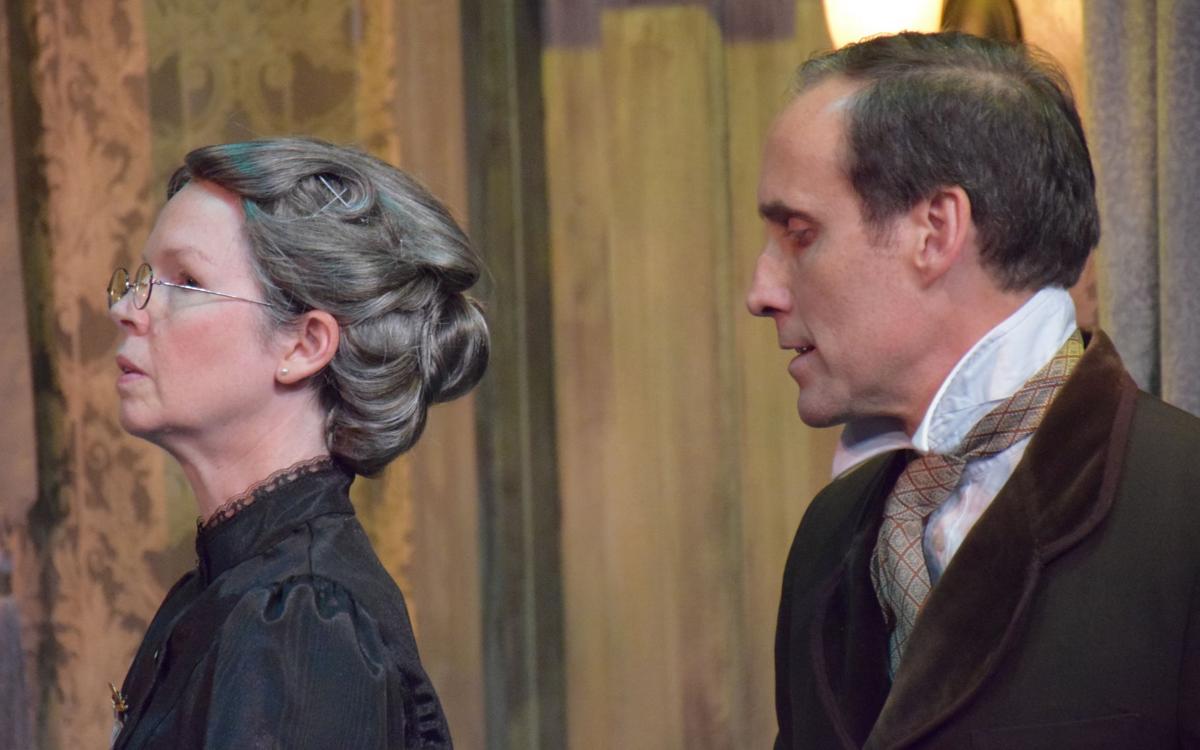 Sergeant Detective Rough, portrayed by Jeanne Averill. Averill is an alumna with both bachelor's and master's degrees from the University.

Nancy, portrayed by Bri Woods, kisses a bible. Woods is a senior from Overland Park majoring in theatre performance. "Angel Street" opens July 22 with additional performances throughout the week.

According to Director Peter Zazzali the original play, also known as "Gas Light," was written in a typical melodramatic structure, featuring a man victimizing a woman and another man saving the day. In this case the play follows Mr. and Mrs. Manningham, as Mr. Manningham tries to drive his wife out of their home by convincing her she is going mad, all in the hopes of finding hidden jewels. But to update the story, Zazzali took the role of the hero, Detective Sergeant Rough, and made it a female role.

"I’ve taken this anachronistic twist on it because I wanted it to work for a 21st century audience, an audience that is far more progressive-oriented, especially here in Lawrence, when it comes to matters of society and gender," Zazzali said. "I thought, 'we’re a little beyond this,' 60 or 70 years ago when the play was written, so I wanted to empower women and not give in to the play's misogynist spin."

Mark Reaney, the play's scenic designer, said he began working on the scenic design for the play in April, with rough sketches to make the Victorian era of "Angel Street" as accurate to both the period and the plot as possible. For example, the era was known for very loud color palettes, but Reaney made the stylistic choice to incorporate blues and greys in a lot of the scenic design, to coincide with the show's drama and suspense.

"The scenery is always important to any play. When you talk about a play, you say ‘I saw a play last night,’ you don’t say 'I heard a play last night,'" Reaney said. "If it’s not correct then it doesn’t line up with what the actors are doing on stage, it’s painful. It’s really a bad time had by all."

Instead of being a play that tackles difficult societal issues, Zazzali said "Angel Street" is full of high suspense, drama and mystery, which offers an escape from everyday life.

"It’s escapism, rather than a play that identifies with issues of society in a direct way," Zazzali said. "This play enables us to escape and be entertained and to allow our imagination as an audience and to enjoy that with other audience members."

Angel Street opened Friday, July 22 at 7:30 p.m. in the William Inge Memorial Theater, located in Murphy Hall, with two follow-up performances on Saturday and Sunday. The play also has three additional performances next week on July 26, 28 and 30. For more information visit kutheatre.com.