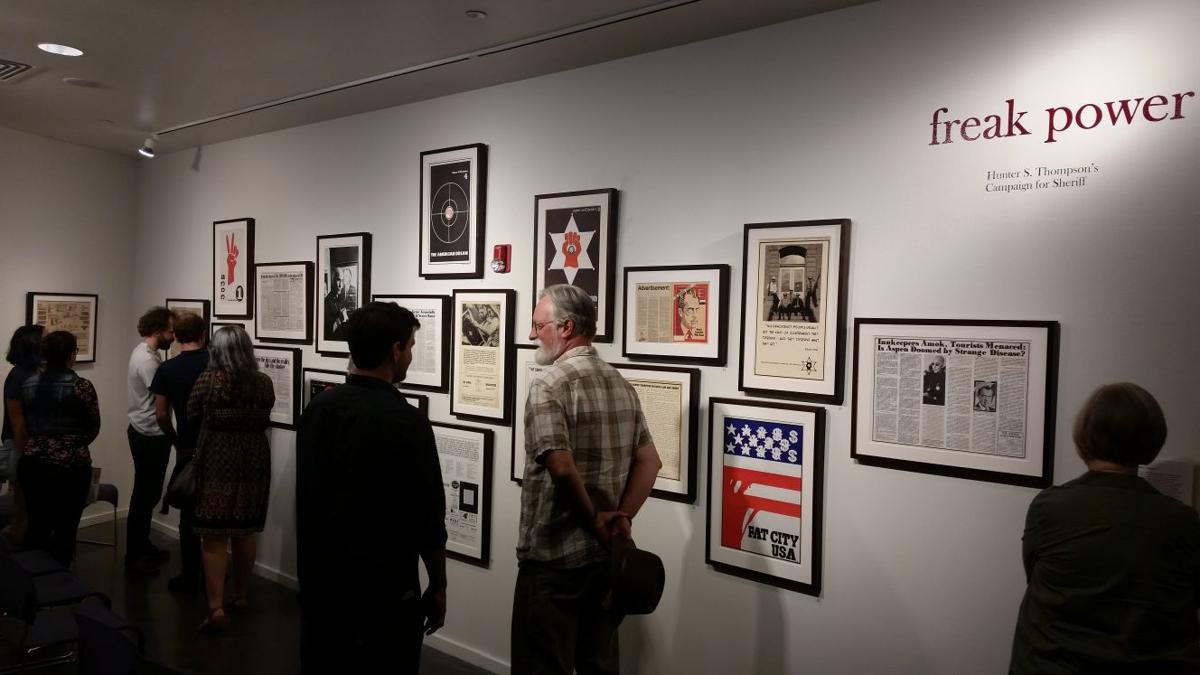 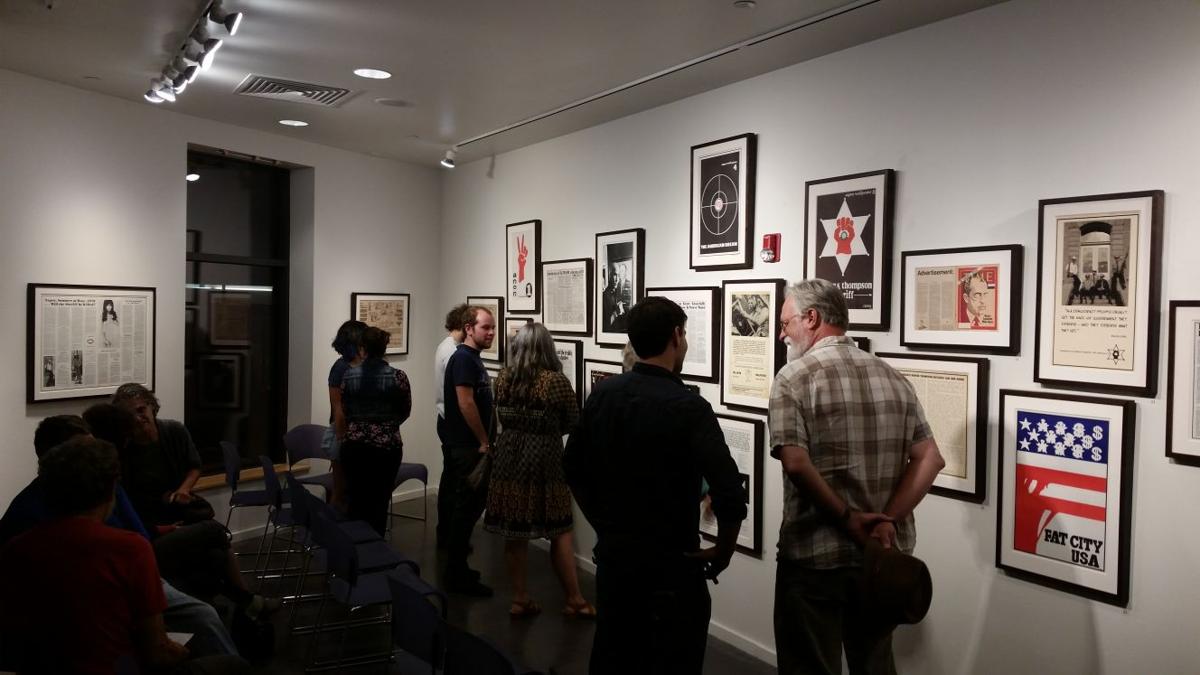 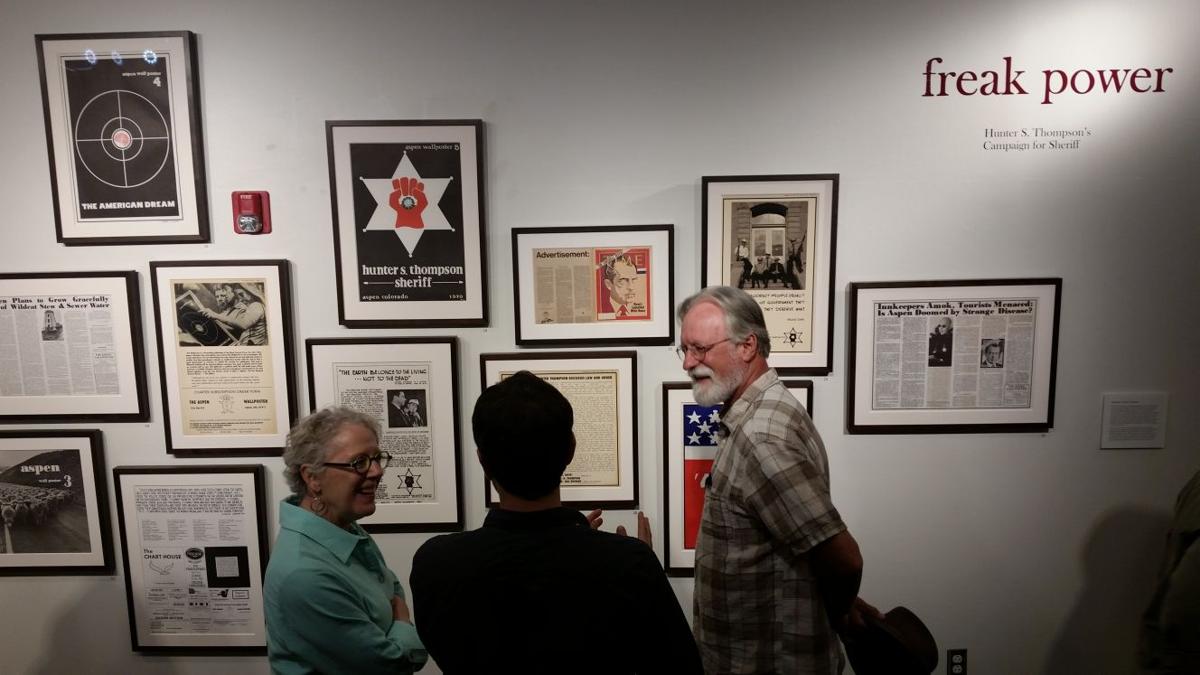 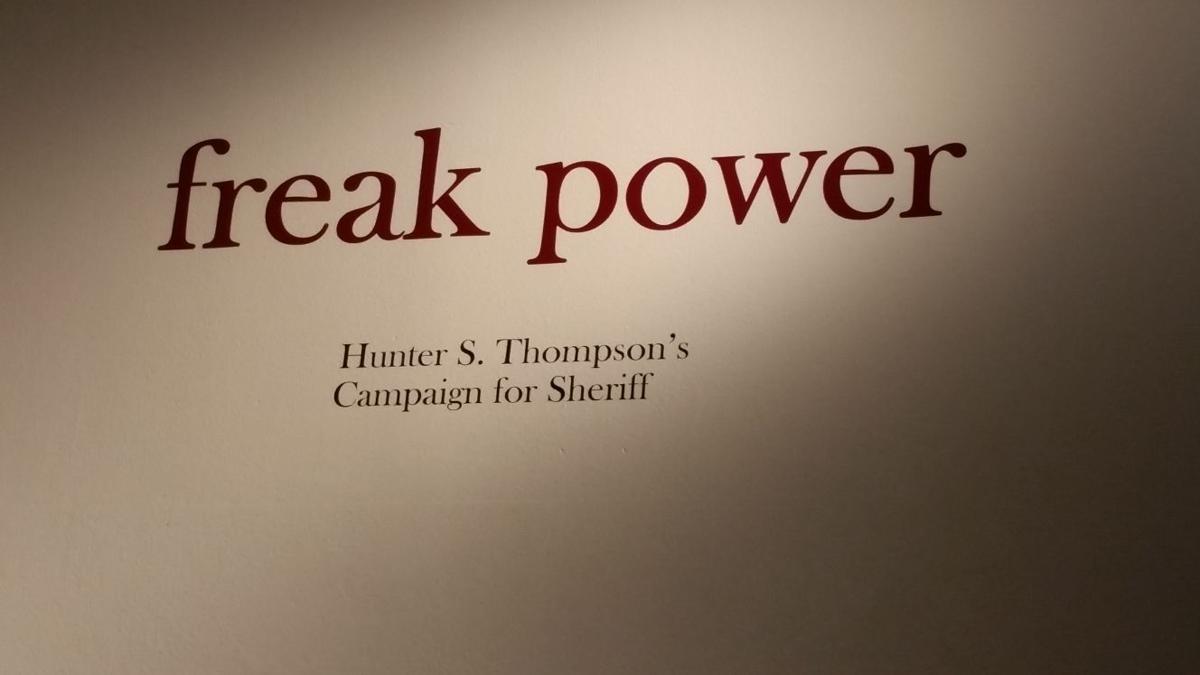 On Monday night, Watkins lectured on his most recent work: a carefully curated display of art, writing, articles and photographs surrounding the Aspen, Colo., County Sheriff election of 1970.

In the election, Hunter S. Thompson, the well-known author of the classic, "Fear and Loathing in Las Vegas: A Savage Journey to the Heart of the American Dream," campaigned on his infamous “Freak Power” platform.

“It all happened when I saw an antiwar poster in a store,” Watkins said.

Watkins remembered seeing an art piece decrying the nation’s involvement in Iraq in a storefront. When he said he liked the art, the store owner introduced him to the widow of Thomas Benton, who had created the piece.

“Benton had been the artist behind all the Thompson posters,” Watkins said. “So because I had shown so much interest and had been an artist myself, I had been asked to find the works Benton had made.”

The only catch: Thompson had notorious dealings with the Aspen drug underworld, and the only way to get the art back was to bargain with dealers directly, Watkins said. Watkins described in detail how harrowing the whole situation had been and how he later considered it hilarious.

“[The dealers] wanted to trade their collections of 'Thompson for Sheriff' works for other [works], and I made deals left and right,” Watkins said. “All legal, of course.”

It would make sense that Thompson’s propaganda ended up on the “freaky” side of town after the way he ran his campaign. Based on the antiwar messages, marijuana anti-criminalization movement and the loving acceptance of the “hippie,” Thompson’s "Freak Power" campaign was one that would be considered radical even today.

“Thompson wanted to change the system the best way possible — by rousing the youth and the freaks and getting them to register to vote, get involved and make a difference from within,” Watkins said.

Even though Thompson wasn't elected, his passion and message resonated throughout Aspen. In his book, Thompson wrote: “We cannot expect people to have respect for law and order until we teach respect to those we have entrusted to enforce those laws” — a sentiment still felt today in Aspen.

Watkins, an Aspen resident, is friends with Sheriff Bob Braudis, who served for 24 years before retiring in 2011. Watkins said Braudis's work was based on the principles Thompson advocated in the 1970s.

The audience at the lecture, about 30 people, seemed shocked at the radical and unconventional methods for advertising Thompson’s ideas. From a fully nude woman cupping her breast, to comparing Nixon to a bloodthirsty Nazi, Thompson’s campaign was anything but mild.

“When hearing about counterculture revolutions, the first places you think of are New York or Los Angeles, definitely not Aspen,” said Ashley Cervantes, a sophomore from Wichita who attended the lecture. “Thompson really was the definition of an underground revolutionary, fighting for modern ideas in a government that was telling him to keep to his place as a dirty hippie.”

Watkins’s mission in putting together this collection of extreme campaign art and articles was to imprint the lessons taught by Thompson and Benton: “Get involved, get registered to vote and make a difference.”

Cervantes said she definitely took the exhibit to heart.

“I think it’s important to remember that we as the young generation have a voice that can change the world around us,” Cervantes said. “We can call out injustice, we can fight for what is right and even though we may be silenced, our message will make its way through history.”

The exhibit, “Freak Power,” is on display at the Lawrence Arts Center until Jan. 2.