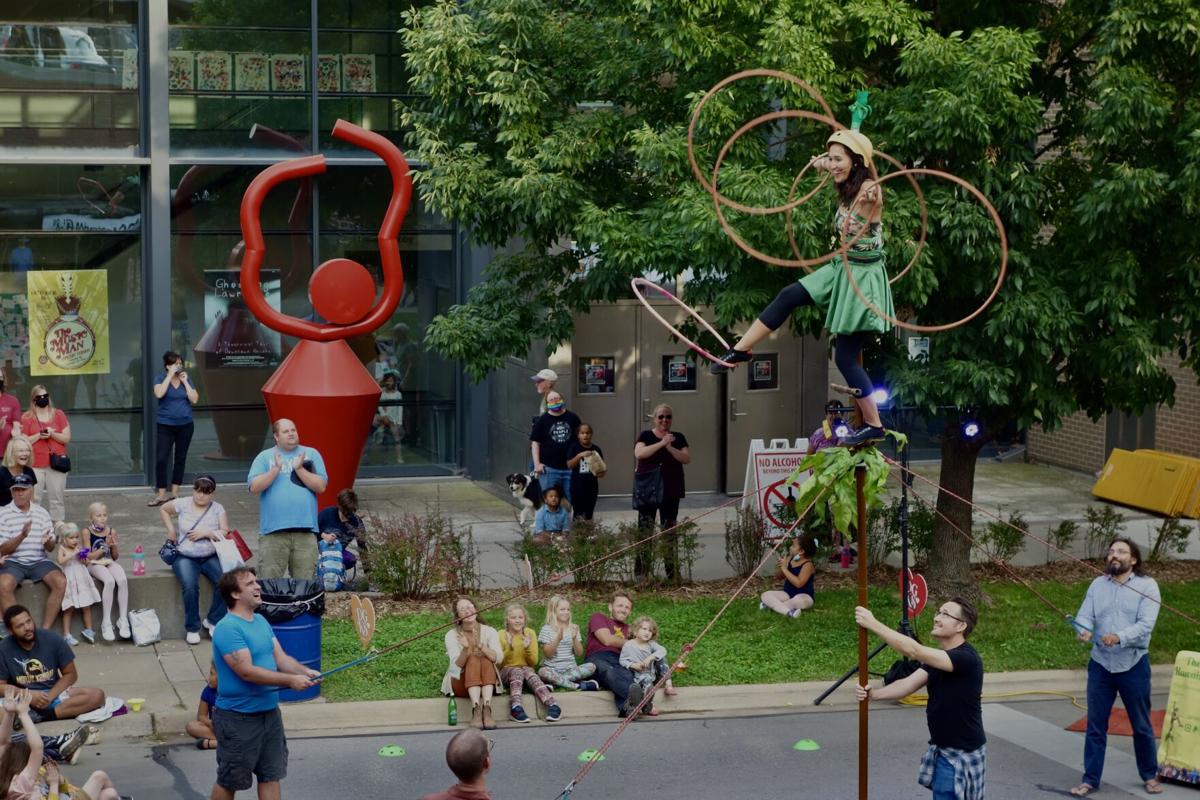 Sarah Kunz, “The Flyin’ Hawaiian," finishes her performance with the help of audience members outside the Lawrence Arts Center. 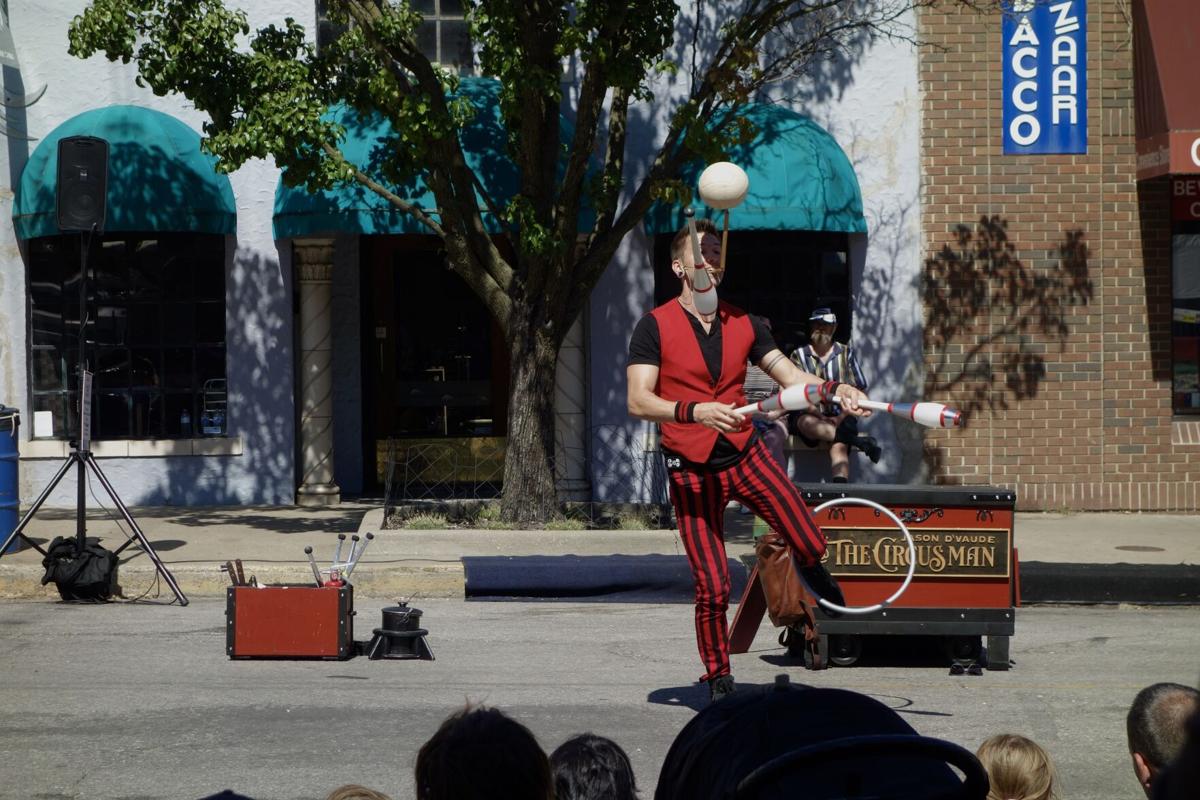 Jason D’Vaude, "The Circus Man," warms up for his performance Sunday afternoon at the Lawrence Busker Festival. 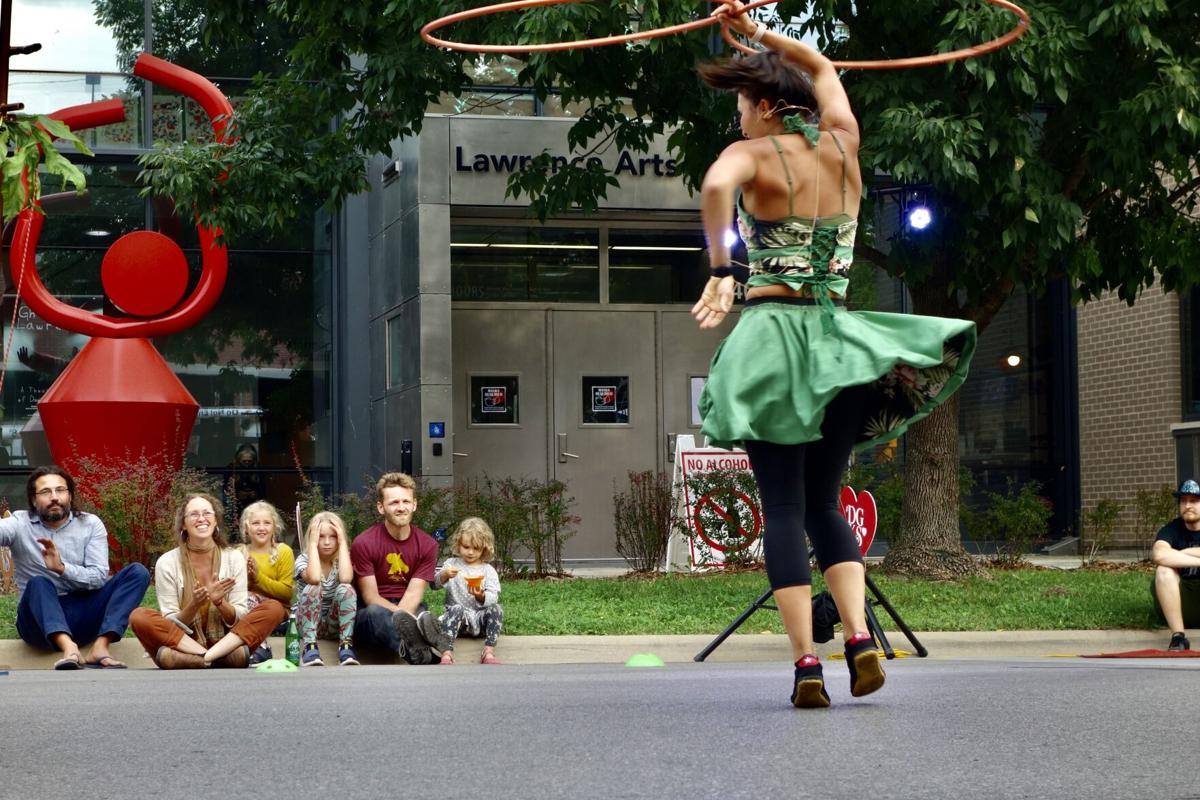 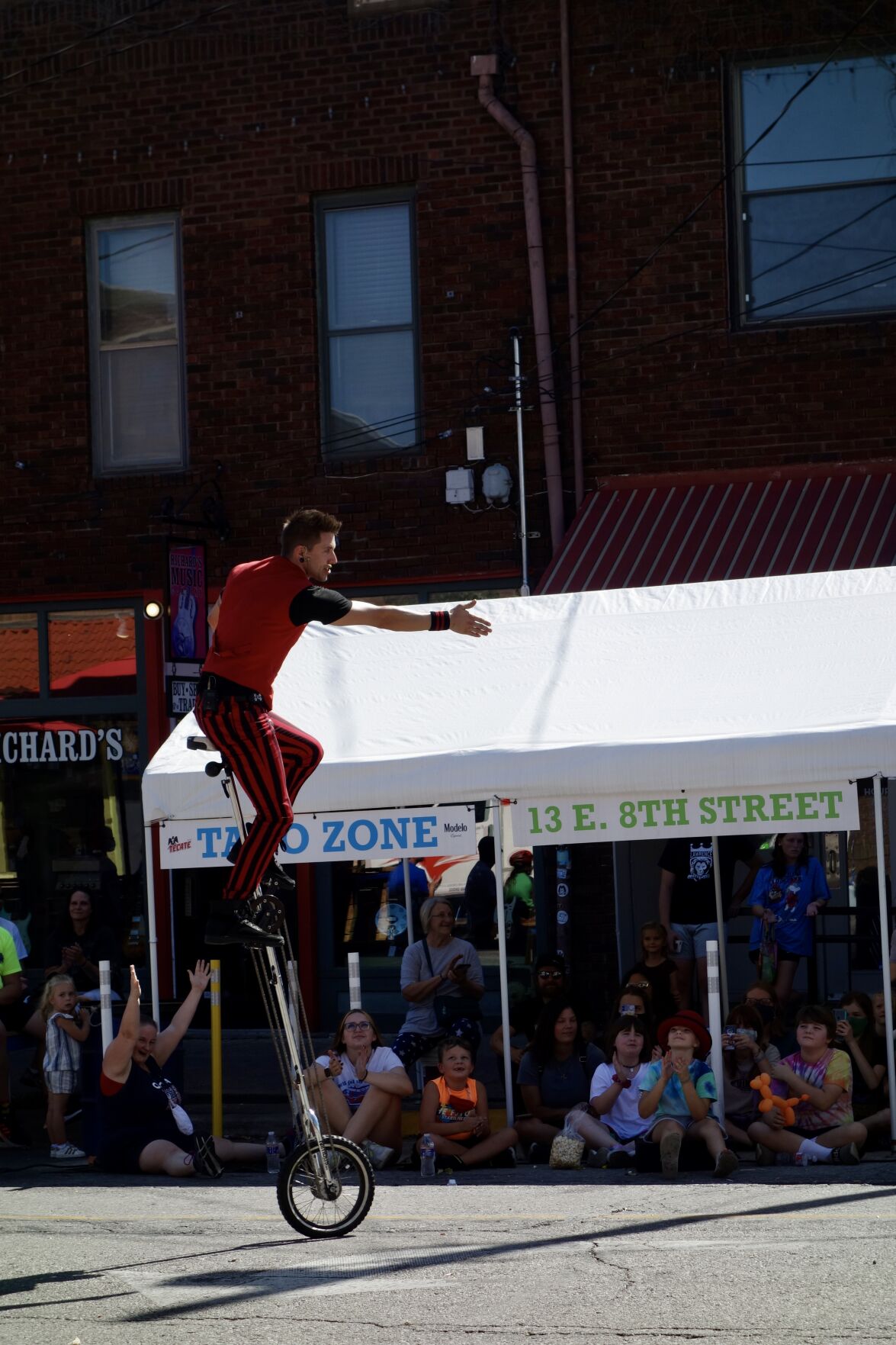 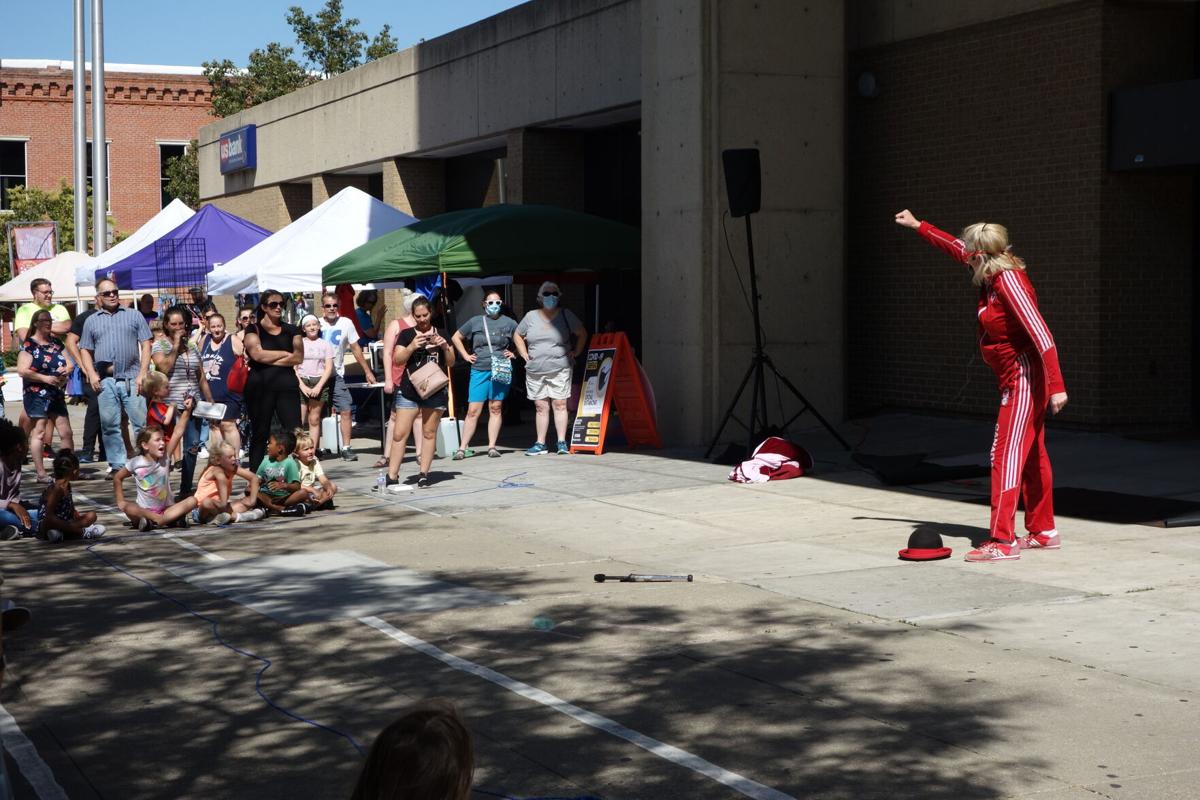 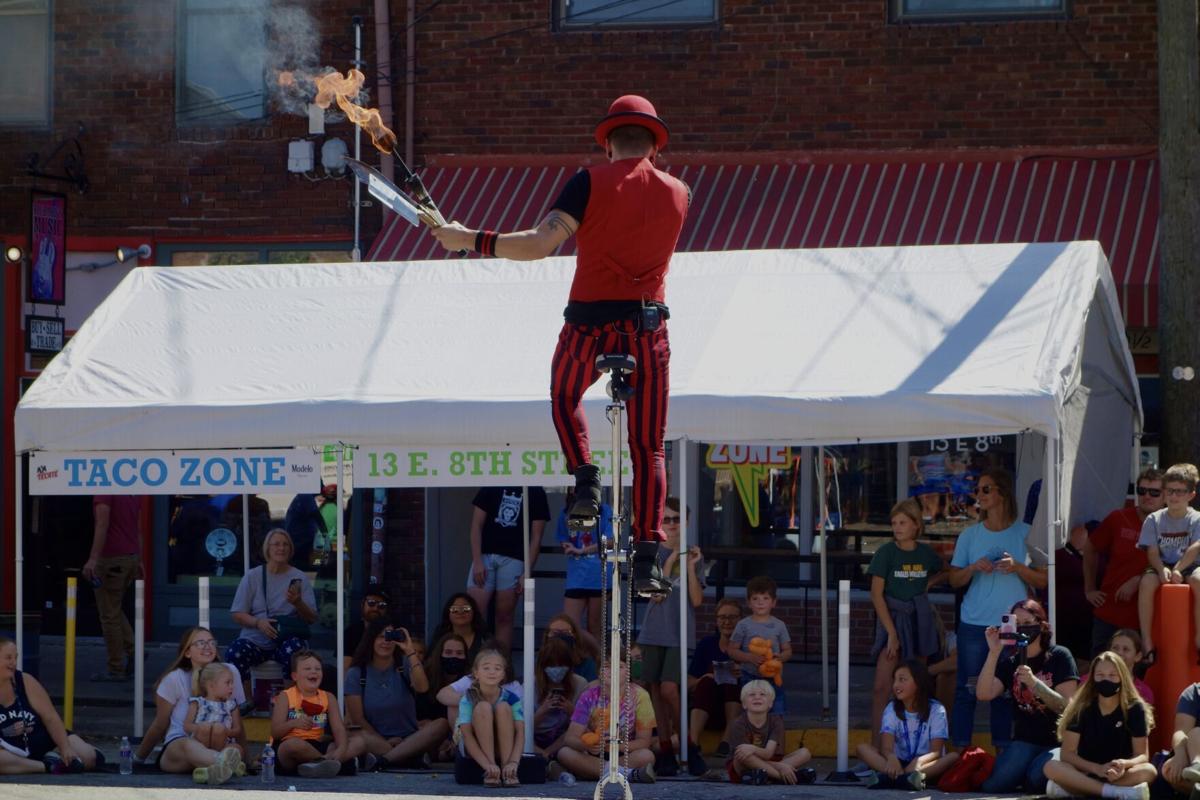 Sarah Kunz, “The Flyin’ Hawaiian," finishes her performance with the help of audience members outside the Lawrence Arts Center.

Jason D’Vaude, "The Circus Man," warms up for his performance Sunday afternoon at the Lawrence Busker Festival.

The annual Lawrence Busker Festival has returned to town for the first time since 2019. The festival began Friday and lasted all weekend.

According to festival founder and director Richard Renner, there are 25 variety acts set to perform that will consist of acrobatics, stunts, juggling, breakdancing, comedy and music. Most of the featured musical acts are local, but artists from Canada and Hawaii will also be in attendance.

“The people at the festival are very kind, it’s a small enough place, but a big enough place where there’s a bit of diversity but there’s also a small-town feeling to it,” said Sharon Mahoney, who performs as “The Canadian Comedienne."

This year will mark 14 years since the festival’s 2008 debut. Upon returning to Lawrence after performing in Canada, Renner decided it was time to bring busking to Kansas.

"I was walking downtown and just saw this girl sitting on the curb shaking maracas in a rhythm, and I realized she was doing that for tips and thought we could do better," Renner said.

Over the years, Renner has accumulated a network of performers. Kansas City, Missouri, native Jason D’Vaude, who performs as “The Circus Man,” has performed at the festival every year.

“When I was first getting started this event was kind of one of the lily pads that a starving performance artist needs,” D’Vaude said. “The Lawrence Busker Festival was one of those foundational events that helped me at the beginning, and now I feel like I’ve grown into the event a little more as I’ve gotten better over the 14 years.”

The Lawrence Busker Festival aims to give all performers the opportunity to grow within their industries.

“Part of our mission is to encourage artists to learn how to work on the street,” Renner said. “When you perform on the street, you’re not at the beholding of anybody.”

Renner said he anticipated about 20,000 spectators over the 3 day show. Admission is free, and tips are encouraged.

“People need something to cheer about; whether it’s sports or theatre or performances of any kind,” Renner said. “I don’t get paid a lot for this. When I hear that cheer, that’s when I get paid.”

The festival took place in downtown Lawrence, with a heavy concentration of performers set on New Hampshire Street.