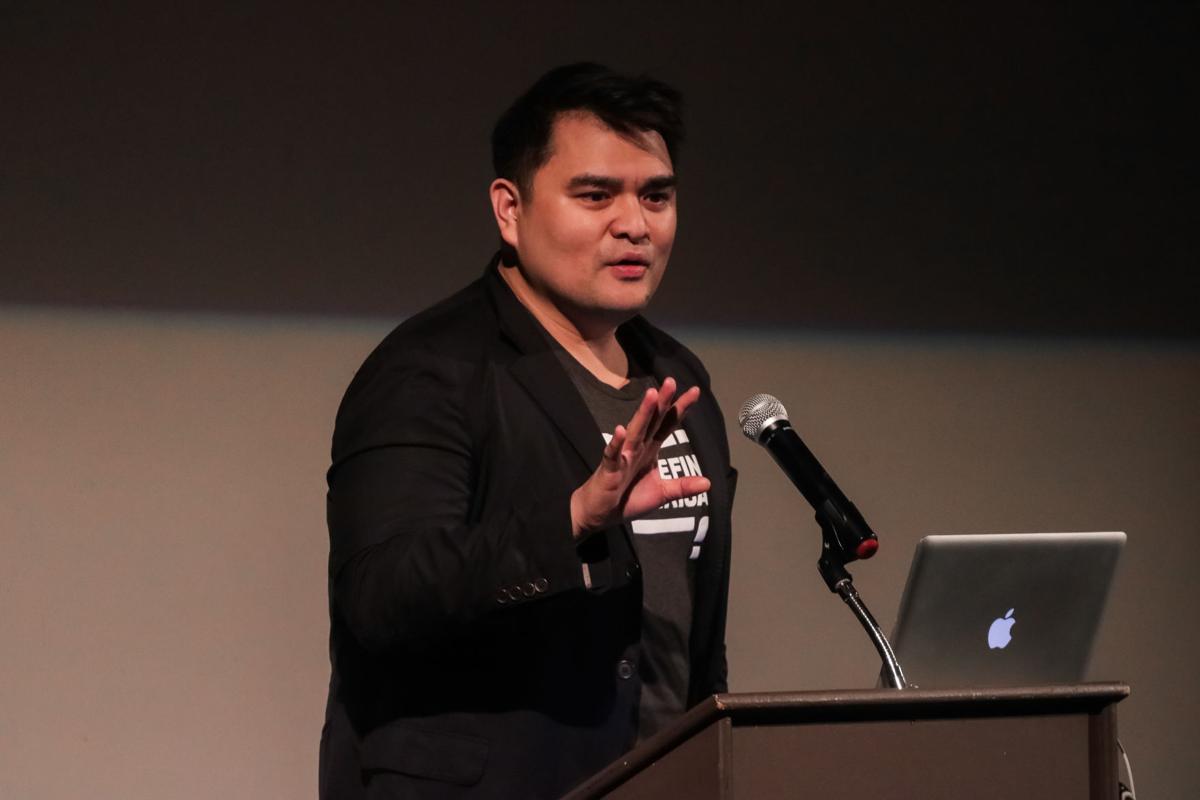 Pulitzer Prize-winning journalist, Emmy-nominated filmmaker and immigration rights activist Jose Antonio Vargas speaks about his book and his life experiences to the audience at Liberty Hall on Jan. 24. 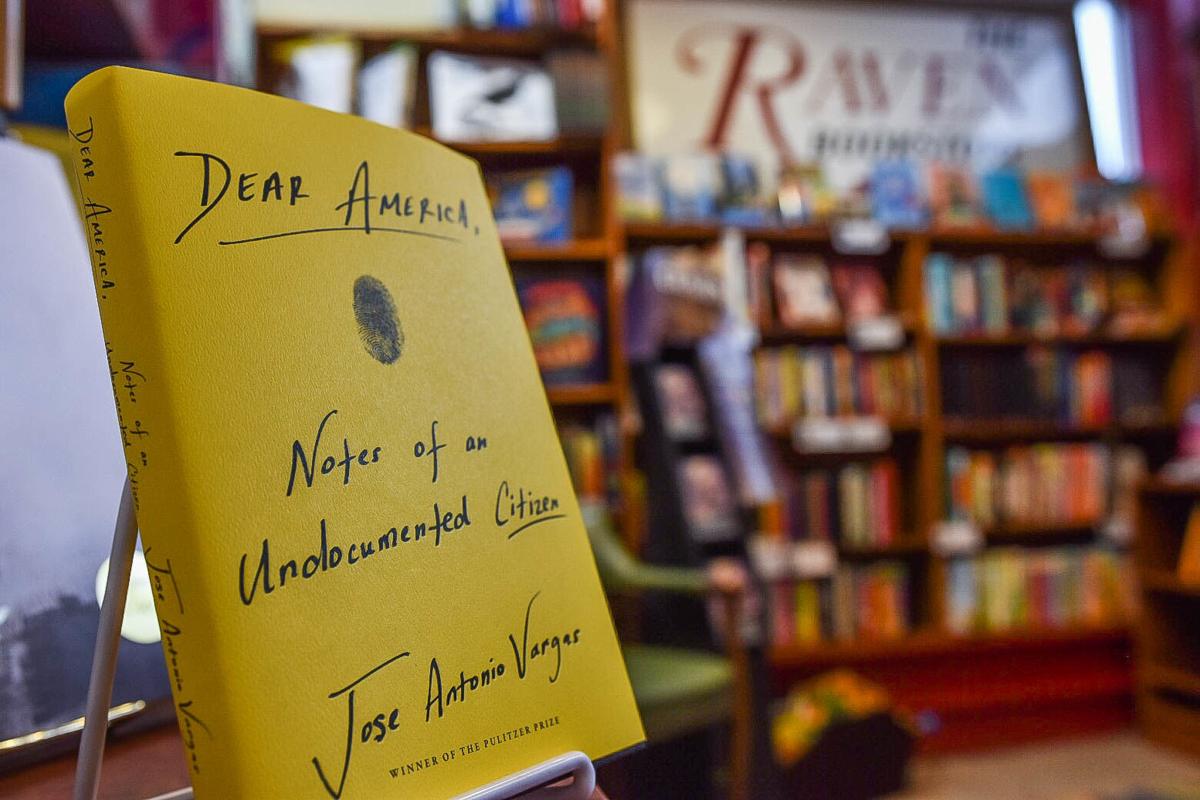 Jose Antonio Vargas' book "Dear America, Notes of an Undocumented Citizen" is on shelves at The Raven Book Store. Vargas spoke at Liberty Hall on Jan. 24.

Immigration is one of the most talked about but least understood issues in the United States today, Jose Antonio Vargas told a packed audience at Liberty Hall Thursday night.

“We so little understand it that we’ve shut down the government because of it,” Vargas said.

Vargas is a Pulitzer Prize-winning journalist, Emmy-nominated filmmaker and immigration rights advocate. He spoke as part of the Kenneth A. Spencer Lecture Series hosted by The Commons.

Vargas said he dedicated his book to his mom and to those who have made him feel welcome in the United States, which includes his mentors, colleagues and teachers.

The part about his undocumented experience that’s hardest to talk about, Vargas said, is his mom, whom he hasn’t seen since he left the Philippines more than 20 years ago. He said he resented his mom when he was young for sending him to the U.S., but as he grew up, he realized her sacrifice.

He said his mom has been waiting to receive her own U.S. citizenship for 16 years. Vargas also has a sister and a half-brother in the Philippines that he is only able to see through FaceTime and Skype.

As he was writing his book, Vargas said he realized he has lived his life in three stages: lying, passing and hiding.

When he applied for jobs as a journalist in the past, Vargas said he lied on the applications by checking a box saying he was a U.S. citizen.

As for hiding, Vargas said he turned down countless trips to go abroad whether for vacation or work because of his undocumented status. He had to hide from his friends and colleagues.

“I didn’t realize that I wasn’t just hiding from the government,” Vargas said. “I ended up actually hiding from people.”

Vargas also spoke about his organization, Define American, a nonprofit that seeks to change the way immigration is talked about today. The organization looks at how immigrants are portrayed in news articles and movies, such as the specific language used to describe them. Define American is also concerned with how teachers speak about immigrants in the classroom.

Vargas called out to the audience during his speech to see if someone was in the crowd — Kris Kobach.

“Is he here? I tweeted at him,” Vargas said. “I haven’t heard back. This man has made an entire career out of this, and I show up here — he’s nowhere to be found,” Vargas said.

Lawrence resident Cynthia Torres attended the event and has been following Vargas since she was in high school. As an undocumented immigrant too, Torres said she connects with Vargas’ story.

“Hearing his story is kind of a big deal for me just because I also struggle kind of with identifying myself as an undocumented person in America,” Torres said. “I feel like his message is something that is very crucial at this moment in time in the Trump era, but also in the state of Kansas.”

At the end of his speech, Vargas asked who in the audience were legal U.S. citizens and what they had to do to earn their citizenship. After the majority of the audience raised their hands, they responded, “Nothing.”

“I sincerely hope you don’t take your citizenship for granted,” Vargas said.

Vargas said he did a “dangerous thing” by investigating himself in his book — he also realized a couple of things along the way.

“It took me writing this book to realize that humanity is actually not a box I should have to check and that home is not something I should have to earn,” Vargas said. “I am home, Kris Kobach.”

The Raven Book Store and the KU Commons prepare to welcome two acclaimed writers for its next event in its collaborative speaker series.