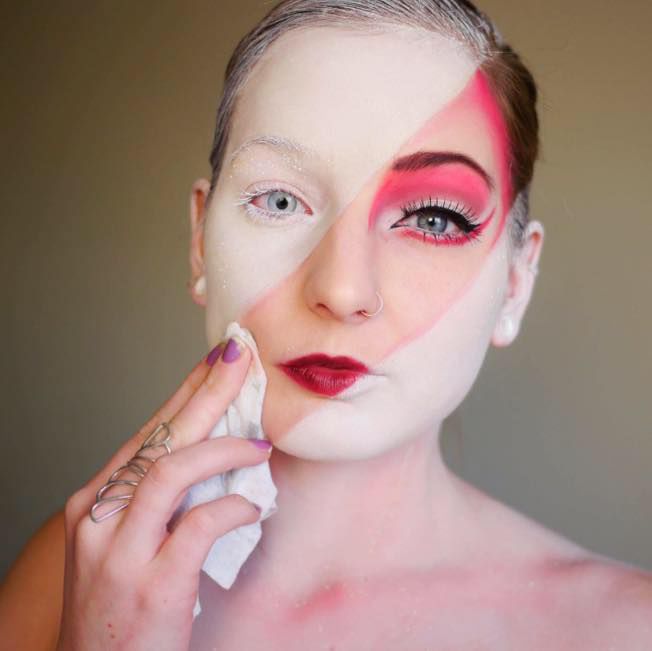 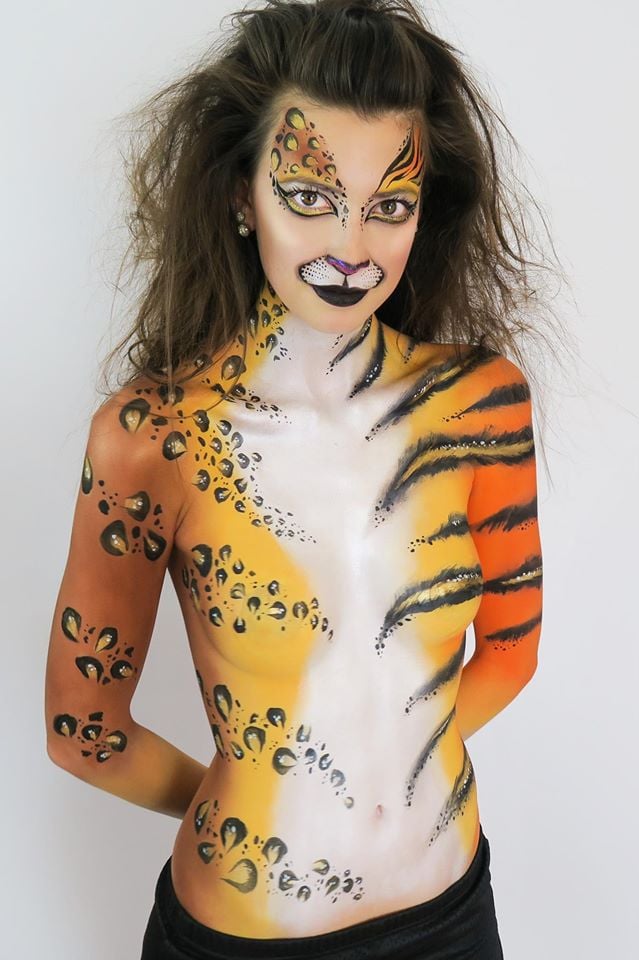 For Elsa Rhae, body painter and 2013 University graduate in film and media studies, her senior year involved one fateful decision: which elective to take in order to fulfill her degree.

It is a dilemma that isn't unlike most at the University. Her final choice, a stage makeup course, would lead her into a new career path. She said the kit she had to buy required for class hooked her.

"It was the kit," Rhae said. "We had to buy that kit. Full of really not that quality makeup, but I never really had anything like it."

During her time in the stage makeup class, Rhae would take the class's required and use them at home for her own projects.

And from then on, she aspired to make the most of what she had. Rhae, a Lenexa native, said she would "go home and look up other makeup looks on the internet" and try to create characters based off what she saw.

To this day, she remembers doing a sunflower design on her forehead, one of the first times she tried to body paint with the kit.

Then, the idea came to her to show others what she was doing. She already had a YouTube channel -- a longtime passion of hers -- she would use what she learned from her film courses and combine that with her newfound love for painting.

"I was like, 'hey, I bet I could take this platform and combine it with this platform, tie that together and turn it into something that I can make revenue off of,'" Rhae said.

Jump to May of 2014. Rhae has a small following of a few hundred subscribers on YouTube, but a video inspired by her interest in "Game of Thrones" would soon go viral. The video currently sits at over 300,000 views.

Now at 126,000 subscribers and counting, Rhae attributes her success to thinking out of the box and sticking to what she wants to do, not what the popular trends are.

Molly Munyan, a balloon artist and friend of Rhae's, said that as a collaborator Rhae also shows a quality of trust in her work and reliability that she will deliver each time she does something new.

"That’s one of the best things about my friendship with Elsa as an artist," Munyan said. "I don’t need to worry about the end product."

Rhae and Munyan are current Kansas City residents that met through mutual friends, they've bonded professionally and personally because of an equal desire to shine a new light on their forms of art.

"We work really well together because we are both similarly trying to take back our art forms from fat old men," Munyan said jokingly. "Normally, people think about face paint and they think about some old lady doing it at a birthday party. Likewise with balloons. We both have a very strong opinion on the fact that it’s not a lame art form."

To further prove this point, Rhae and Munyan said they plan on going on a trip this November to Thailand to show their work to new cultures.

"We’ve realized that the crowd reactions to both our art forms is kind of universal, and regardless of where you are and where you’re from, it’s really cool to see a painted woman," she said.

Besides body paint, Rhae said she wants to further expand her artistic reach on all social media and online platforms. She already has had a hand with a variety of murals and paintings on her YouTube channel in addition to the body paint, but she plans on adding elements like jewelry making and cake decorating to her work.

Even outer space exploration is something Rhae wants to one day bring into the mix.

For Rhae, the reason for doing all this is simple. Creativity and art is understood in just about every corner of the earth, a big reason traveling is something on her mind for the future.

"We can create laughter and smiles with face paint and balloons regardless of age, gender, language," Rhae said. "That’s why traveling would be amazing. I could spread creativity anywhere."