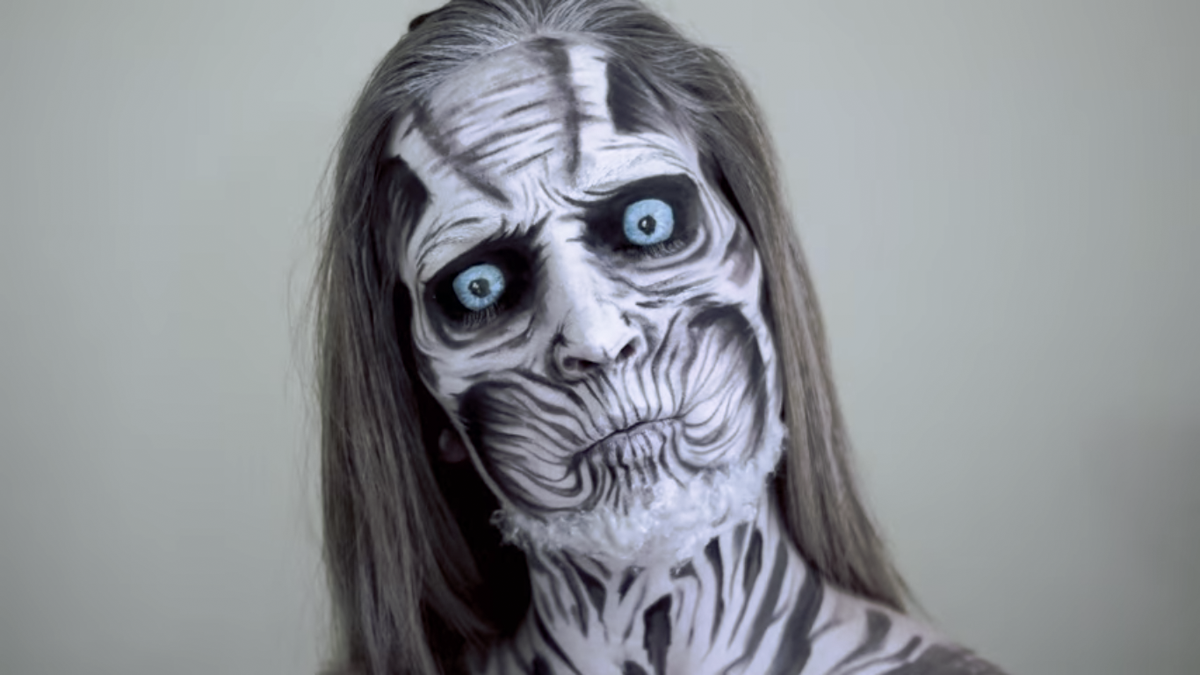 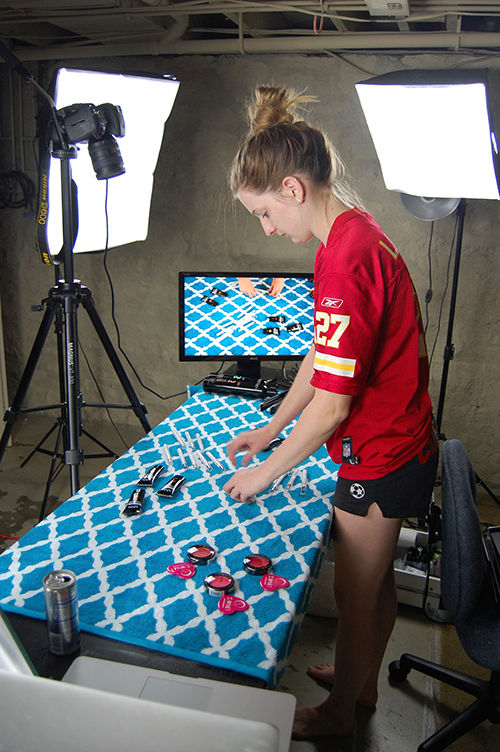 University alumna Elsa Rhae Pageler films a video inside her studio. Pageler is one of 20 finalists in the NYX FACE Awards, a contest for North American beauty vloggers. 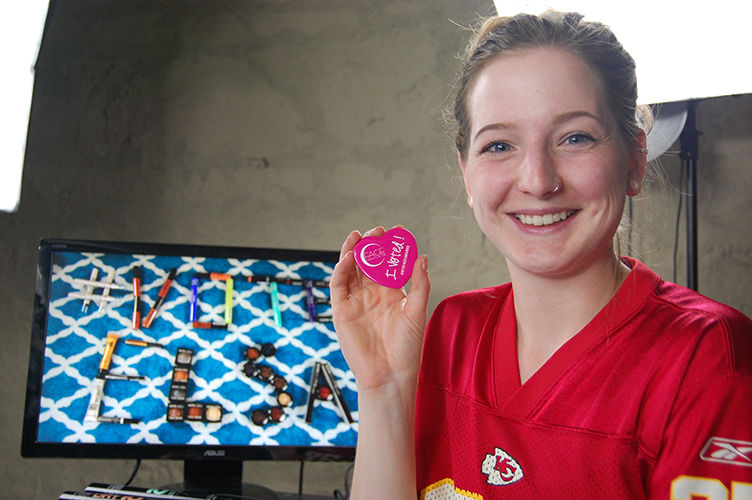 Elsa Rhae Pageler is a finalist in the NYX FACE Awards.

University alumna Elsa Rhae Pageler films a video inside her studio. Pageler is one of 20 finalists in the NYX FACE Awards, a contest for North American beauty vloggers.

Elsa Rhae Pageler is a finalist in the NYX FACE Awards.

“I’m going to need to eat soon,” said Elsa Rhae Pageler, a 2013 University graduate, who spent her morning unpacking two giant cardboard boxes full of cosmetic goodies on nothing but a Redbull and a lot of enthusiasm.

You may know Pageler — or “Elsa Rhae,” as she’s known to her fans and more than 36,000 YouTube subscribers — from one of her many videos showing her work her magic as she transforms her face into a host of colorful, detailed and sometimes menacing painted creations.

Pageler, who has just over two years of experience face painting, first became interested after taking a class at the University. She signed up for a class on stage makeup her senior year to meet one last requirement to graduate.

Since then, she’s recreated countless characters from television, comic books and video games including Batman’s The Joker, Harley Quinn and Two-Face, Captain Planet, Groot from “Guardians of the Galaxy”, a gruesome White Walker from “Game of Thrones,” multiple Mortal Kombat characters such as Mileena and Baraka, and a few of her own original looks.

Pageler’s White Walker video, which has more than 291,500 views on YouTube, remains one of her most popular.

Now she’s found herself on a new adventure. Pageler, who sits in her studio in an unfinished basement in Overland Park, learned just days before that she made it to the top 20 of the Face Fine Artistry of Cosmetic Elites Award Contest, commonly known as the NYX Face Awards.

The contest is based on popular vote. It features the best beauty vloggers from the United States, the District of Columbia and Canada. The vloggers are competing to win $25,000, a trip to Los Angeles for the top six to compete live and the chance at the No.1 Beauty Vlogger of the Year title.

Pageler said she learned about the NYX Face Awards after seeing Instagram photos mentioning the competition and entries from other contestants online. She then decided that this year she should enter too.

In years past she watched as other YouTubers gained exposure from the competition, so she took out her paints and put together an elegant black and white design that featured some of her most meticulous doodles around her eyes and on her chest, which she turned in on the May 8 deadline.

A few days later, Pageler received a phone call from NYX officials telling her she had made it into the competition’s starting top 30 and to be on the lookout for an email with details and a box of NYX supplies.

“It was awesome,” Pageler said. “Just super rad. I had seen in the past the boxes that they would send for the competition, and it’s insane, so I was stoked just to get this box.”

Pageler was at first ecstatic to have made it in, but once she realized whom she was up against, she said she felt defeated. Other contestants in the competition were extremely talented women Pageler said she had been following on YouTube for years.

Regardless, Pageler is just excited to be in the competition, noting that whatever she’s doing must be working because she made it through the first challenge: Timeless Beauty.

Pageler and the other contestants had two weeks to brainstorm ideas and create a look, followed by just over a week for viewers to vote.

Pageler said for the first few days when deciding on her look she had “500 million thousand and two” ideas floating around in her head.

Since she had so few followers compared to other contestants, Pageler said she knew she would have to do something that was much more than makeup.

Pageler practiced her look every day for two weeks, sometimes multiple times a day. Whenever she practiced she found a new element. Her final version featured a classic ‘60s style mod eye, and a soft cheek and lip paired with a mix of a psychedelic sun and bright colors that appear to melt down her chest and stomach.

“I just wanted to die,” Pageler said. “I was so excited that I got into this next round.”

Participants are currently working on their entries for the second challenge, which they learned last Friday should be their idea of paranormal activity.

Challenge two voting begins June 26 and ends July 3, when the top 20 will become the top 12. Voting for challenge three begins July 24 and will determine the top six entrants. They will fly to Los Angeles in August to compete live in the Nokia Theatre for the top spot.

Pageler said she’s already met her own personal goal, though.

“Getting to the top 20, where I’m at right now was my goal, but top 12 is extra credit and then I think I’ll just collapse if I make anything higher,” Pageler said. “Even if I don’t win, I’ve already gotten a lot of traffic on my channel and stuff, and that’s cool, but what’s pretty crazy is that I got to connect with a ton of people and I’ve been doing collabs with other people and just totally growing my own circle of people, and it’s been really cool to be able to learn from everyone and learn from practicing.”