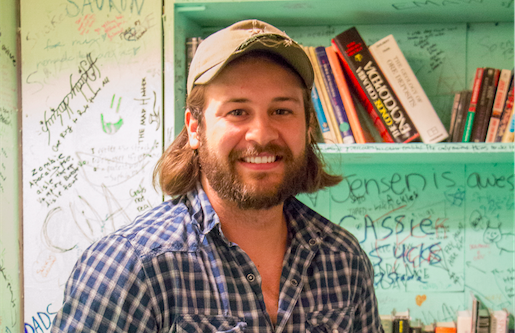 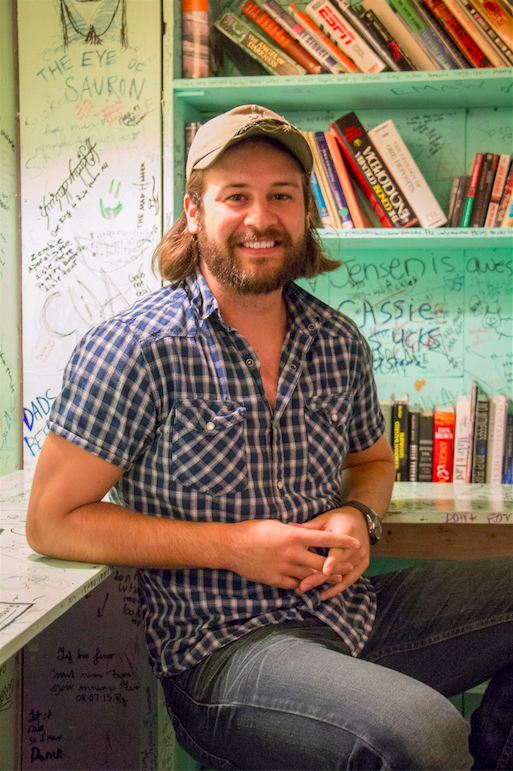 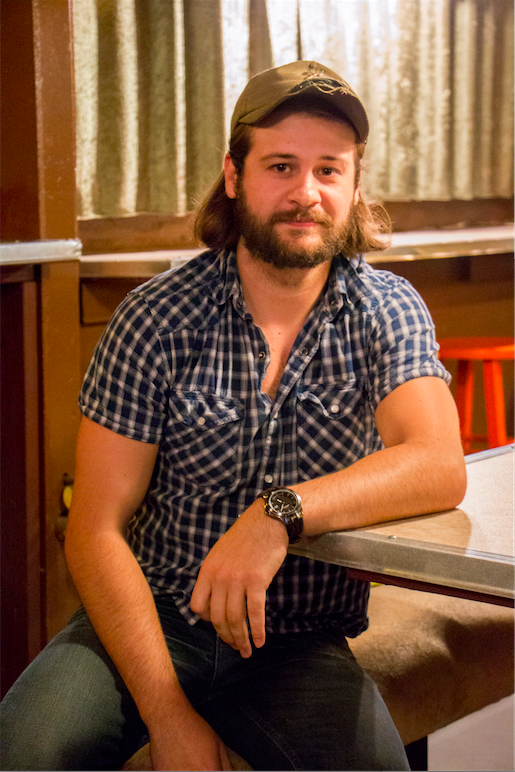 University alumnus Sam Jones is a jack-of-all-trades and a nomad. He’s a self-proclaimed country boy, an athlete and an actor. He is the villain in a short film called “Neon Veins,” which will premiere at Liberty Hall on Thursday as a part of the Wild West film festival.

“It’s got a really colorful soundtrack,” Jones said. “We call it a neo-noir. The lighting and the colors in the film are really beautiful.”

The 24-year-old graduated in 2014 and since then has taken some time off to work in the oil fields of North Dakota before beginning his acting career in the midwest. He said he plans to make the jump to a bigger city with more opportunities eventually, but right now he’s participating in the Wild West film festival and acting in other film projects with friends. When he’s not acting, he’s doing odd jobs to make money.

Jones is from a small town in southern Missouri called Rogersville. He attended the University with a scholarship to run middle-distance track. He started out as an organic chemistry major, but fell in love with acting after taking an acting class to fulfill an arts credit. He then changed his major to film and media. After graduating, he traveled just outside Watford City, N.D., to work in the oil fields — a dangerous job — to do some research for a script he’s currently writing. Jones took a notepad and pen everywhere he went, recording his experiences and jotting down ideas.

“It’s really like a modern day wild west,” Jones said of the area.

Before the oil boom, Watford City had about 2,000 people. Since, then it’s grown to more than 10,000 people. Jones said some people who showed up to work were living in tents without running water or electricity. Jones said he felt that the experiences he had in North Dakota influenced his creative process.

“I feel like I have more of an emotional connection to the script,” he said. “I feel like all the characters in my script are more real because they’re loosely based off things that happened. There’s a lot of things up there that most people don’t know about. People die all the time up there. There’s a lot of prostitution, and people get kidnapped and sold into sex-trafficking. That’s normal, that happens all the time up there. So those events really do give me an emotional attachment to what I’m writing about. I want to do it justice and portray it as real as it is. It’s easy to write about and hard to write about at the same time.”

For the time being, Jones plans on furthering his career by auditioning for parts in the Kansas City area. He said his advice for University students who are currently pursuing an acting career is don’t be afraid to take risks.

“Don’t let anybody ever tell you no,” Jones said. “There are always going to be nay-sayers and doubters in pretty much everything that you do. Get creative. Reinvent yourself and make yourself unique. I’m super country, and every time I go into an audition, that’s the first thing that comes across, but I can do anything, and I’m comfortable in my own skin.”