It’s a running joke in my family that Pepper the rat was homicidal.

Pepper technically belonged to my twin sister, Madison, but she was the family’s pet. She was white and brown with red eyes, needle-sharp nails and a tail as long as her body. We adored her. She hated us. It was hilarious. Except for Madison, Pepper bit anyone whose fingers got too close to her cage. I was bitten dozens of times over the course of Pepper’s two-year lifespan.

We’d play a game where we’d poke Pepper’s tail from outside her cage. She’d spin around, teeth bared, trying to punish the assailant. If we kept at it for long enough, she’d chase her tail for a few seconds.

When Pepper died, Madison tearfully begged our parents to have her cremated. They couldn’t refuse. At the clinic, my mom listed “human fingers” as part of Pepper’s diet.

We’ve always been a family of non-traditional pets. Rats were on the more normal end of the pet spectrum for our family. Before Pepper, there was Popcorn, a corn snake and our eighth birthday present. She still lives in a tank in our basement. Madison and I tended to love pretty much every animal we met, and our parents indulged us.

Humans’ ability to bond with animals is astounding. Various theories have been proposed as to why we like cats and dogs. But rats? We loved Pepper because she entertained us and relied on us. And that’s what pet ownership is about, right? But there’s also something beautiful about the fact that Pepper was literal vermin — far from the idea of the traditional family pet. Not only that, but she was about as mean as any animal I’ve ever met. We loved her anyway, and fiercely.

Last October, I embarked again on the journey of rat ownership. Simon and Garfunkel hail from a breeder in Wellsville. They’re the opposite of Pepper. Simon is the color of strong coffee with a warm white tummy and white socks, like he’s wearing a tiny tuxedo. Garf is a grey dumbo rat — an adorable mutation that gives rats larger, lower ears and a smaller jaw. He kind of looks like an opossum.

Simon and Garf aren’t from the same litter, but they’ve lived together almost their whole lives. They love each other in the way only animals can, falling asleep curled up like Yin and Yang and having late-night tussles while I’m trying to sleep.

I don’t have the kind of relationship with my rats as I would with, say, a dog. Simon and Garf are a little too aloof and hard to snuggle. But the three of us are undeniably bonded. They climb into my arms without hesitation when I reach for them. They get excited when I walk into my bedroom, climbing up the bars of their cage to see me, My favorite interactions are when I let them roam around my room, and they take the opportunity to latch onto my pants leg and scale my entire body to get to my shoulders — which tickles, at best, and hurts like a bitch, at worst.

Simon and Garf are friendly toward strangers, too. They’re happy in and out of their cage, and they seem to enjoy meeting new people. It doesn’t take long for them to climb onto one of my guests’ shoulders or take a nap in their general proximity.

I encounter a lot of rat skeptics, and I don’t blame them. Rats are historically associated with famine and disease. There’s even a name for fear of mice and rats: musophobia. But I also think everyone needs to give them a chance. Rats are highly intelligent and can be trained to do tricks and come when called. Research suggests they can even be trained for search and rescue missions as an alternative to dogs. As far as rodents go, they make the best pets. Rats are resilient and tend to be far less anxious than hamsters or guinea pigs.

My friends have warmed up to my boys. My three roommates were hesitant the day I brought them home, but now the six of us frequently spend evenings together on the couch, Simon and Garf sitting on top of torsos and curling up behind pillows. One of my roommates remarked recently that she wasn’t a “rat person” before she met Simon and Garf. She is now.

I load their cage in my trunk and bring them to the Kansan newsroom sometimes. During the first excursion, the editor-in-chief went from recoiling in disgust to carrying Simon around in his ball cap. “OK,” said another editor as I stroked Garf, who was happily sat in my lap, “I can see how this would be relaxing.”

Being a rat owner has helped me see the good in the world. I’ve learned that humans contain a remarkable amount of compassion: given enough time, we’ll warm up to the most undesirable of creatures. 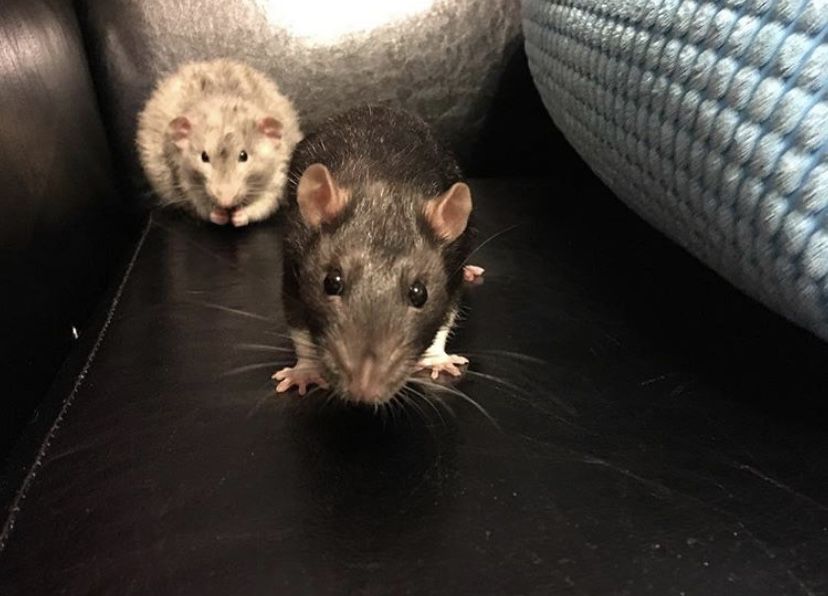 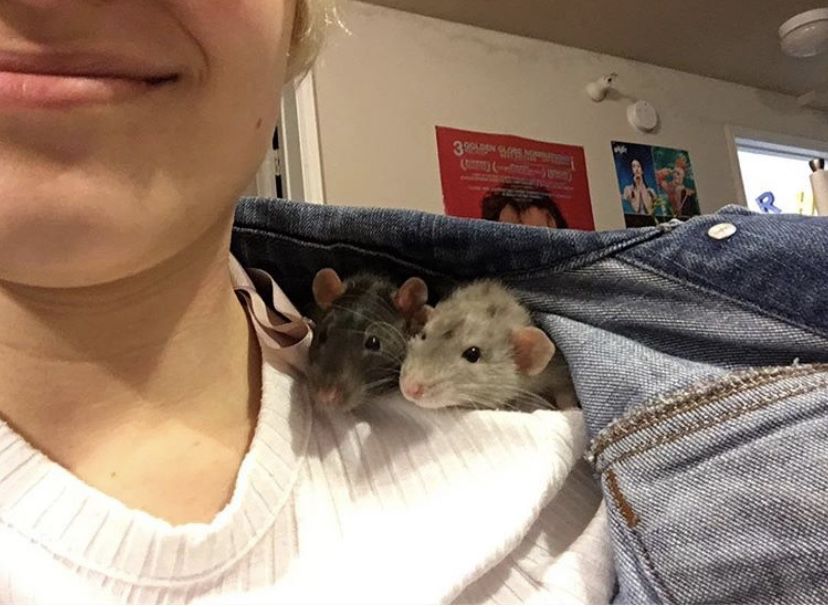 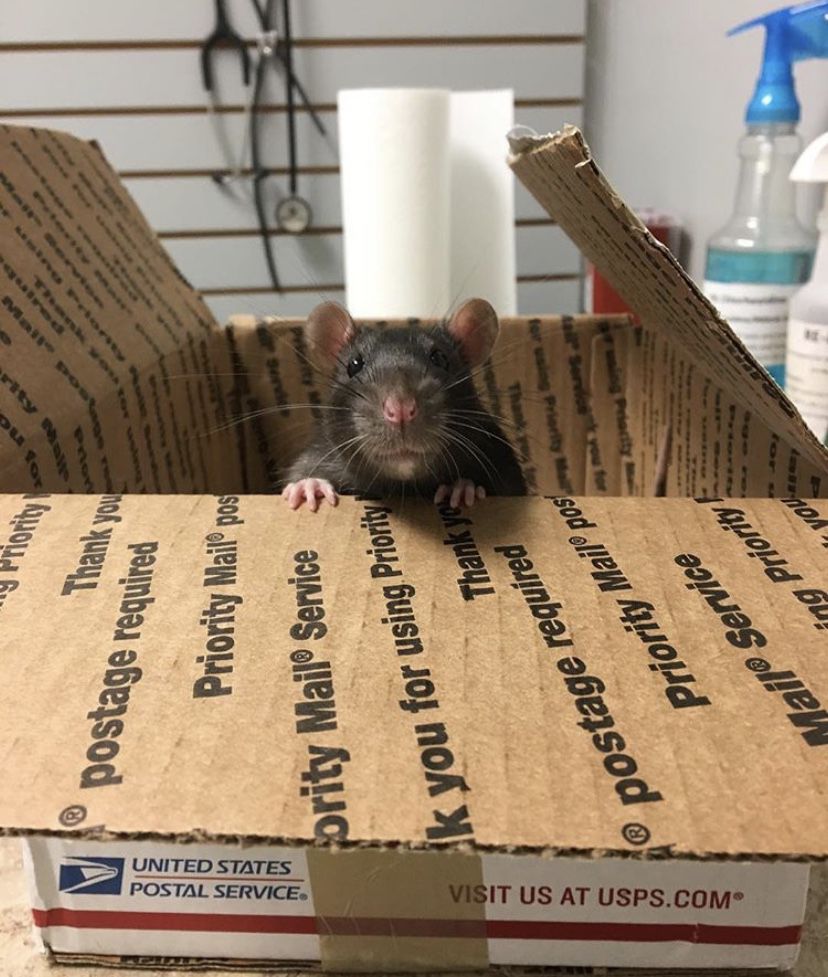 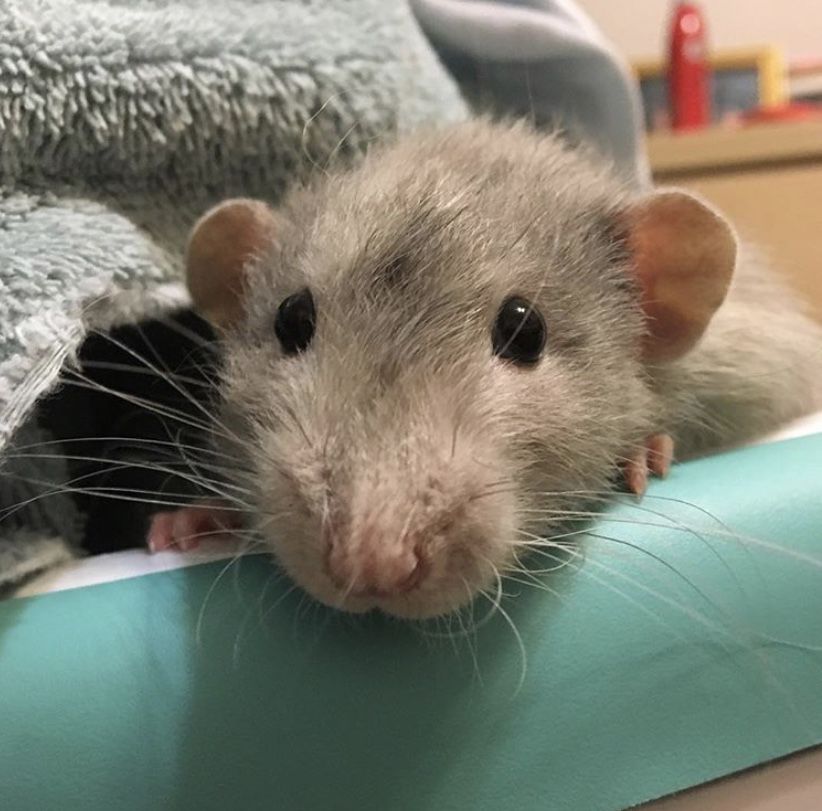