University of Kansas Student Senate coalition ActUpKU filed a list of violations Thursday against the KUnity coalition and called for KUnity to be disqualified from the election to decide the next student body president and vice president.

In the post, KUnity advertised students who wore a campaign button to three different Lawrence establishments could receive a discount or free food in return. 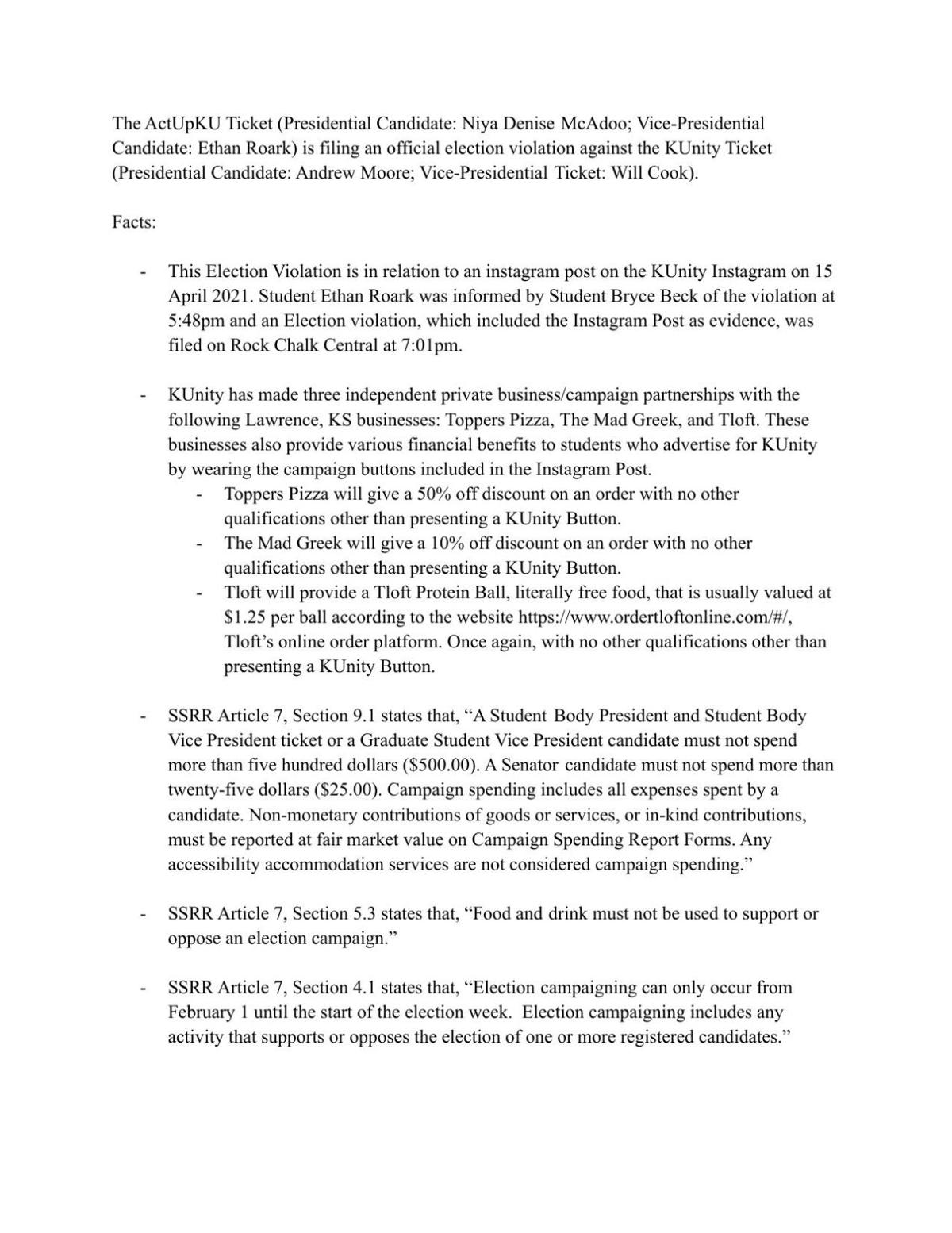 Additionally, ActUpKU alleged KUnity Presidential candidate Andrew Moore violated Senate’s election rules by campaigning during the week of the election. Currently, election rules dictate candidates can only campaign from Feb. 1 to the start of election week.

The Student Trial Court, first formed this semester, took over the duties the Election Commission had in years past. The Student Senate appointed Harrison Baker, who previously served as head of the Elections Commission, as chief judge and filled the rest of the bench with students who applied to become judges.

If KUnity is not disqualified, McAdoo and Roark are prepared to challenge the eventual results of the election, they said.

“If the Moore/Cook Ticket is not held accountable by this body for their destructive actions then McAdoo/Roark Ticket may otherwise have to challenge the results of the 2021 KU Student Senate,” they said.

The Student Trial Court will hold a hearing Tuesday afternoon to further discuss  the issue. Previously, Moore and Cook were fined $5 by the Trial Court for filing a weekly campaign finance report after the deadline.

The Kansan reached out to Moore and Cook for comment, but did not hear back in time for publication. KUnity must file a response to ActUpKU’s complaint to the Student Trial Court by 3 p.m. Monday.