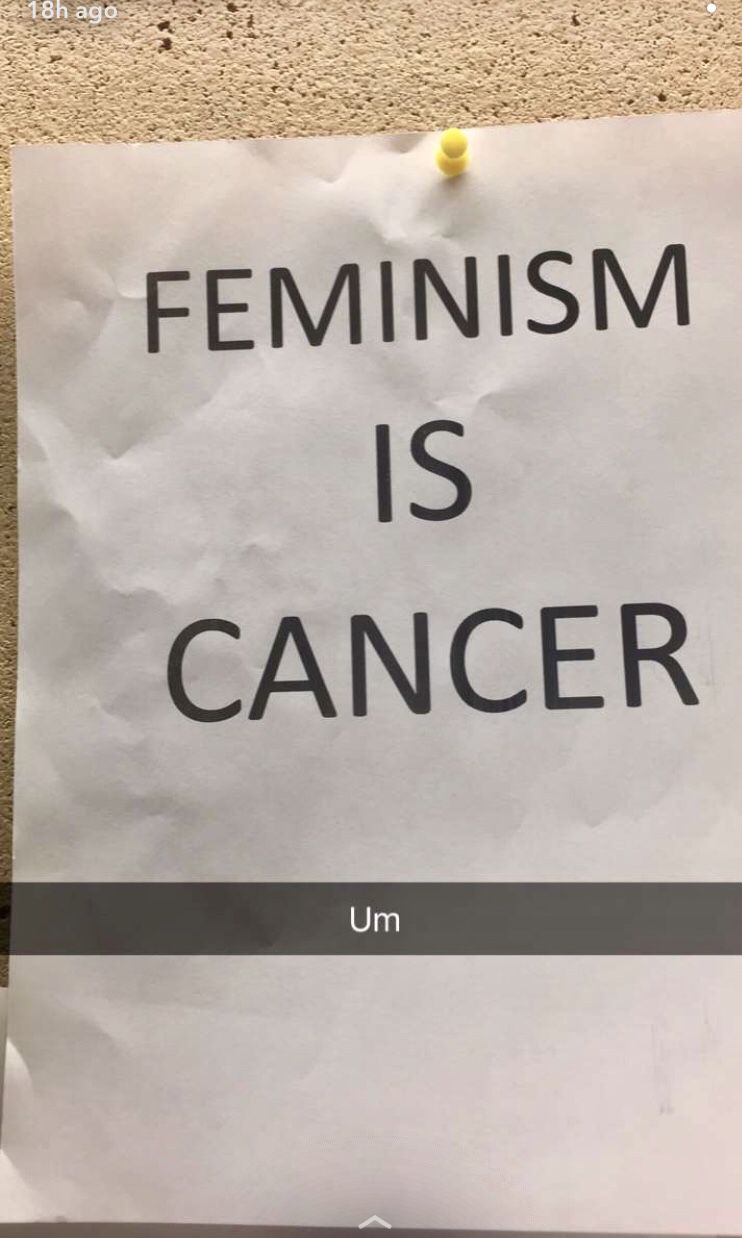 A poster was found on the first floor of Haworth Hall on Tuesday night. 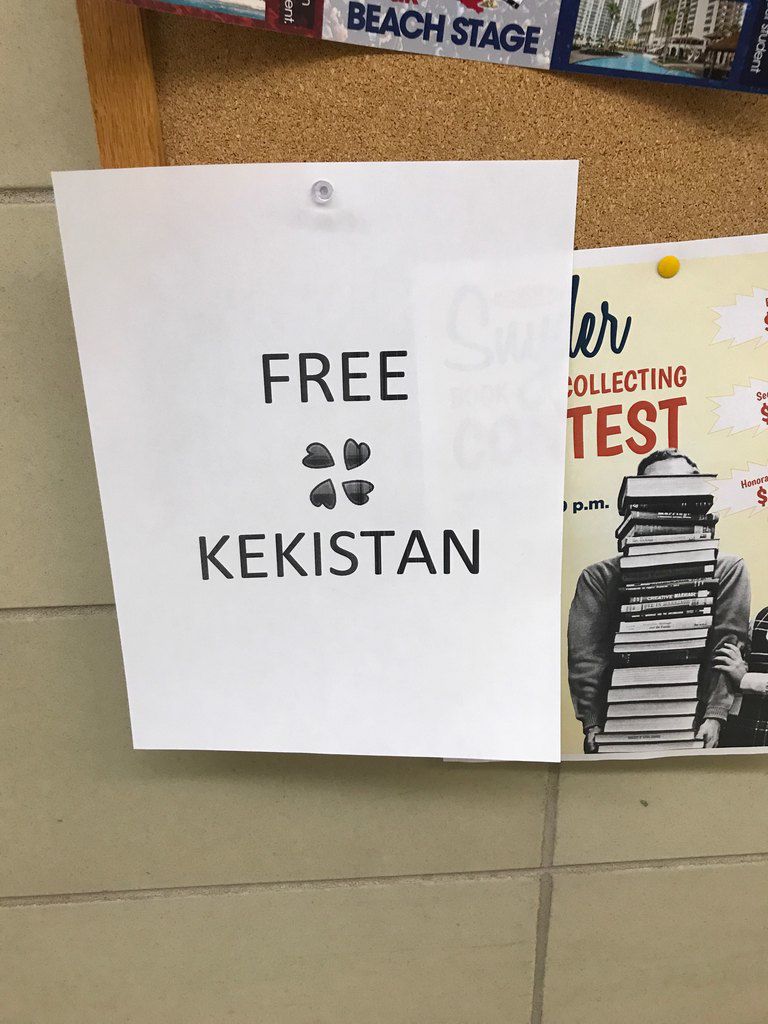 Kekistan is a fake country linked to alt-right groups online. A poster referencing the country was seen in Haworth Hall on Wednesday. 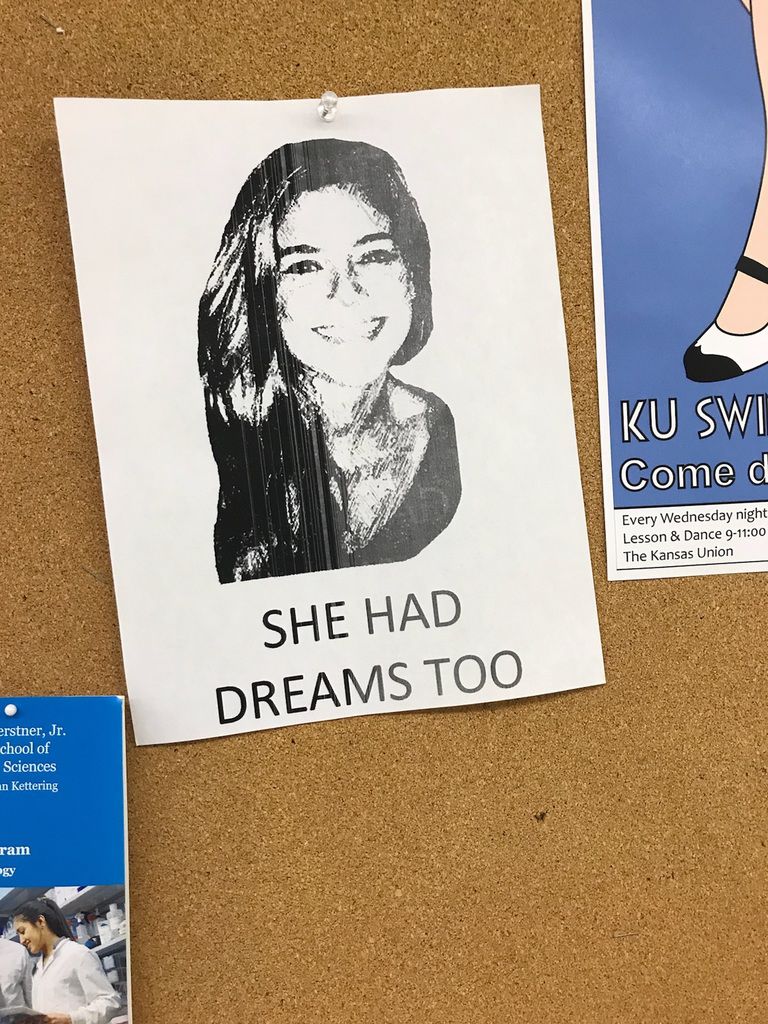 An image of Kathryn Steinle, who was allegedly killed by people living illegally in the United States.

Posters saying “Feminism is cancer” were found on a bulletin board on the first floor of Haworth Hall on Tuesday and Wednesday, according to Rusha Bajpai, director of diversity and inclusion for Student Senate, who saw the posters on Snapchat.

Bajpai reported the incident to the KU Public Safety Office, but she said in an email that the police told her whoever put up the posters was exercising freedom of speech.

KU PSO responds to report of racial slur on car, determines no crime was committed

Officers responded Tuesday to a report of a racial slur written on a car in Lot 111 near the Corbin and Gertrude Sellards Pearson residence halls.

“We cannot tolerate this sort of rhetoric on our campus,” Bajpai said in an email.

Deputy Chief James Anguiano said he could not comment on the posters because he has not seen them. He said for a report to be made with KU Public Safety it would have to be a crime.

However, Anguiano said there are certain speeches that are protected and, based on the description of the poster, said “that would be protected speech.” Posters last semester that said “It’s okay to be white” were also considered free speech and were unable to be regulated by the University as a public institution, according to a past Kansan  article.

Bajpai said the picture on her friend’s Snapchat appeared at approximately 7 p.m. yesterday, and once more on another user’s account this morning.

Bajpai said she notified Student Affairs, the Office of Diversity & Equity, and the Emily Taylor Center for Women & Gender Equity of the incident, as she found it similar to the posters posted last semester.

The Emily Taylor Center has yet to be reached for comment.

Bajpai said she did not see any anti-feminist posters up in Haworth during her classes today. However, she reported two other posters this afternoon. One said “Free Kekistan,” which is a fake country linked to the alt-right. Flags for the country were worn at the “Unite the Right” Rally in Charlottesville, Virginia last August.

The other had a picture of Kathryn Steinle, a woman allegedly killed last year by an undocumented immigrant, with the words “She had dreams too."

It is unclear if there is a connection between the three posters, all found on the first floor of Haworth. The posters haven’t been reported anywhere else.