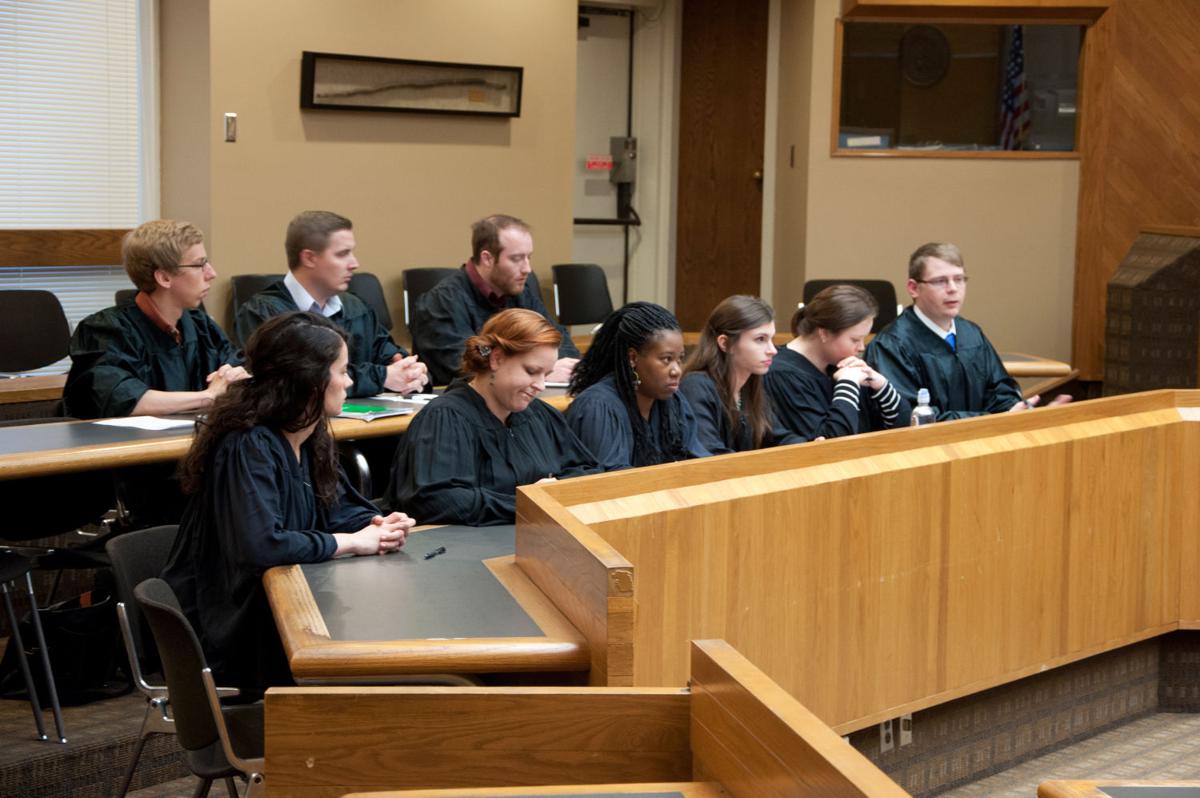 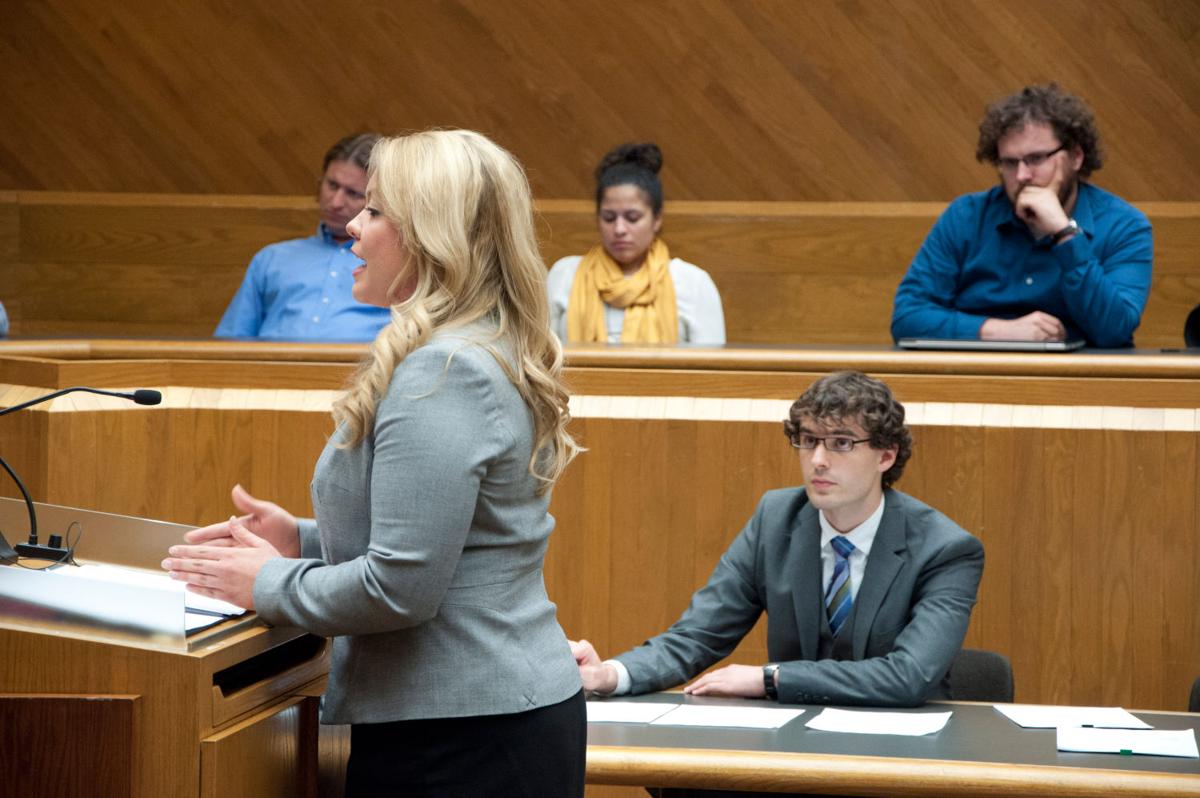 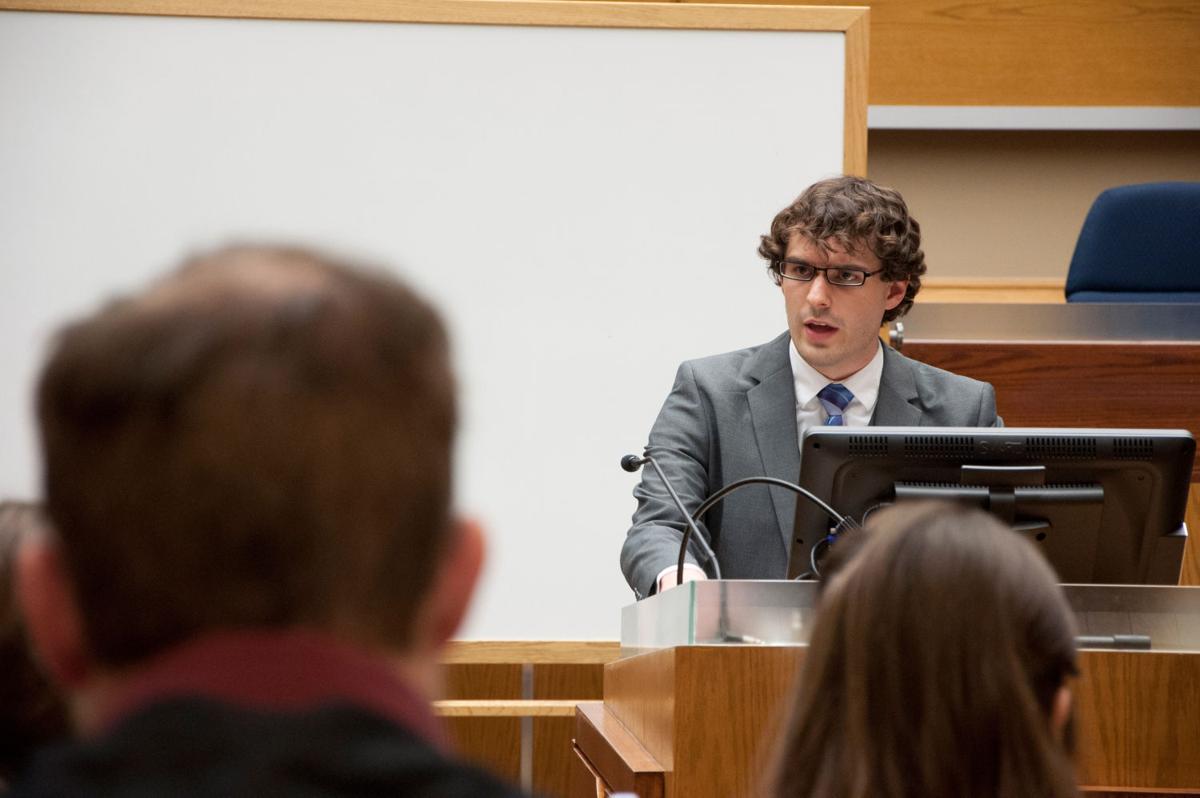 Ian Patterson, current Chief Prosecuting Attorney, represents the University during a hearing of the Court En Banc in April at the Snell Courtroom in Green Hall.

Ian Patterson, current Chief Prosecuting Attorney, represents the University during a hearing of the Court En Banc in April at the Snell Courtroom in Green Hall.

The University’s student-led Court of Parking Appeals, popularly known as “Traffic Court,” has implemented a number of changes to modernize the quasi-judicial body. The court, located in Green Hall, developed new online resources, made procedural changes and is going paperless.

The Traffic Court has created a public wiki, or online encyclopedia, as a resource for anyone that needs information on the court. It contains informational videos, copies of the court’s rules and procedures, and information for student-judges and attorneys. In addition to the online resources, the court now has the option to go paperless to lower costs and improve efficiency.

The Traffic Court also implemented a number of new procedural changes this fall, marking the first significant rule changes since 1993, said Nicholas Birdsong, a third-year law student from Lyndon and Chief Justice of the Traffic Court. In-person hearings are now optionally recorded; in the past, audio recordings were required. Provisions have been put in place that create new consequences for attorney and judge misconduct. Clear rules against conflict of interest for judges and attorneys now exist as well.

Although the Traffic Court is not a true court of law, Student Senate gives the court authority over ticket appeals. Birdsong said the University’s appeals court is unique in that it is managed entirely by law students. He added that many universities may have appeal policies in place, and some, such as the University of Nebraska, even have a court. To be exclusively student-led is a trait that can only be found at the University, he said.

Through personal research, Birdsong found the earliest record of the Traffic Court to be in 1976, in the form of an attorney general order that the traffic court could no longer hear misdemeanor cases.

“It says that we’re interested in furthering the education and experiences of our law students,” said Bethany Brayton, a KU Parking and Transit employee who works closely with the court’s appeal system. “My favorite thing is that it is done by students. Sometimes they have a better perspective into other students’ situations.”

Students seem to appreciate the options the Traffic Court gives them, even if the court doesn’t throw out every ticket.

“I parked at the Rec Center when I didn’t have the right permit, and I got a ticket. I appealed and I lost,” said Bryan Holdener, a sophomore from O’Fallon, Ill. “But they could just say ‘screw you, pay it.’ But they give you a chance to explain yourself.”

The court’s new wiki can be viewed at http://wiki.kutrafficcourt.com. To appeal a ticket, visit http://www.parking.ku.edu/appeals.