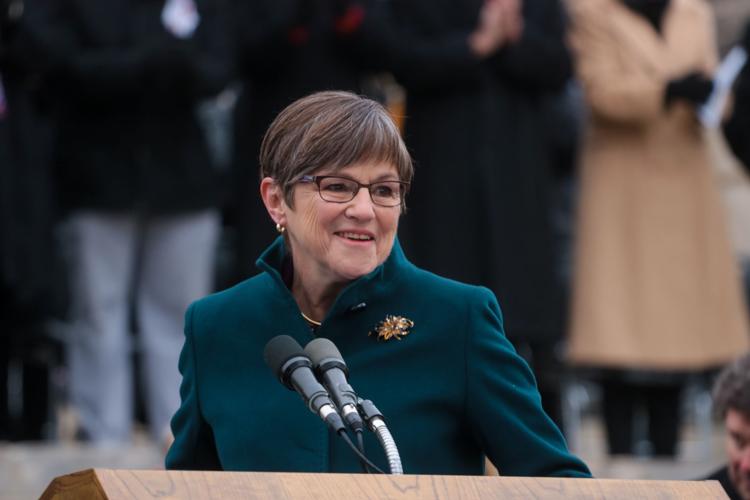 Newly-inaugurated Gov. Laura Kelly is all smiles as she addresses her constituents during a speech after her swearing-in at the Kansas State Capitol on Monday, Jan. 14. 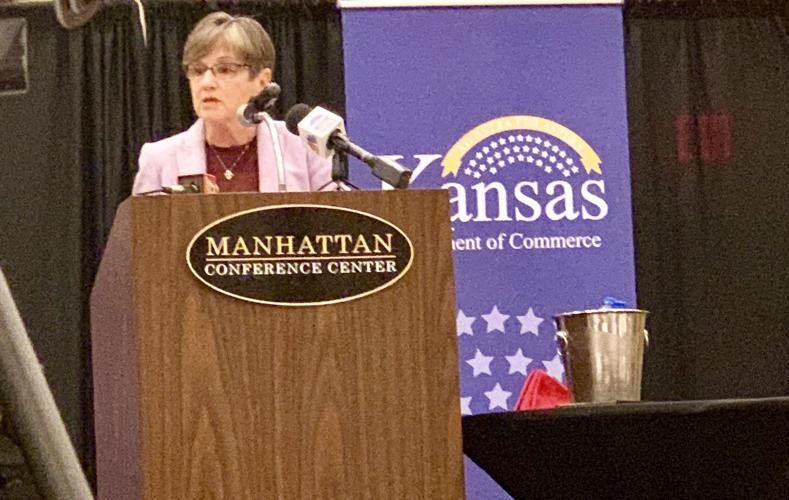 Newly-inaugurated Gov. Laura Kelly is all smiles as she addresses her constituents during a speech after her swearing-in at the Kansas State Capitol on Monday, Jan. 14.

This plan will work to lower electricity prices for Kansas residents, which have increased significantly, said Jessica Lucas, a representative for the Clean Energy Business Council. The plan will also provide Kansans more options for electricity.

“We know that the energy future is changing, that there are more options for residents in regard to wind energy, solar energy and battery storage on its way,” Lucas said. “So we’re very pleased that the governor has shown and taken leadership on this issue.”

Kansas currently has regulations that make it much more expensive and difficult for Kansas residents to install solar energy, Lucas said. People and companies can actually end up spending more with solar energy than nonrenewable energy. Due to these regulations, many solar installers are doing business in Missouri and other states with more favorable solar regulations. This is also causing solar installers to leave Kansas in order to find jobs, Lucas said.

“They [renewable energies] really have a significant economic impact and are benefiting a lot of communities across the state of Kansas and creating jobs,” said Randi Tveitaraas Jack, the Kansas Department of Commerce's renewable energy coordinator.

Ford County is one of these communities, having recently installed six wind farms. The farms have had positive outcomes on the communities and created jobs, said Joann Knight, executive director of the Dodge City/Ford County Development Corporation.

The University has recently made the decision to switch to almost 100 percent of its electricity to wind energy over the next 20 years beginning in the fall of 2020, according to its website. This energy will come from a wind farm currently being built in Nemaha County.

“It’s really exciting to know that our electricity will be coming from a renewable source,” Cassi Kuhn, the University energy program manager, told the Kansan. “I don’t think that it means we can feel free to use all the electricity we want. We should still be mindful and good stewards and still cut out wasted energy.”

Kansas is currently the fifth state in the U.S. for having wind energy in operation and is one of the top states for the potential to grow, Tveitaraas Jack said.

In her speech Thursday, Kelly said there has never been a statewide energy plan like this installed by the Kansas government.

In March, Kelly appointed Susan Duffy to the Kansas Corporation Commission, whose energy division promotes conservation and alternative energy in Kansas, according to the commission's website.

Duffy was appointed to rebuild and refocus the commission, with one of those focuses being to work for “clean and affordable energy," Kelly said.