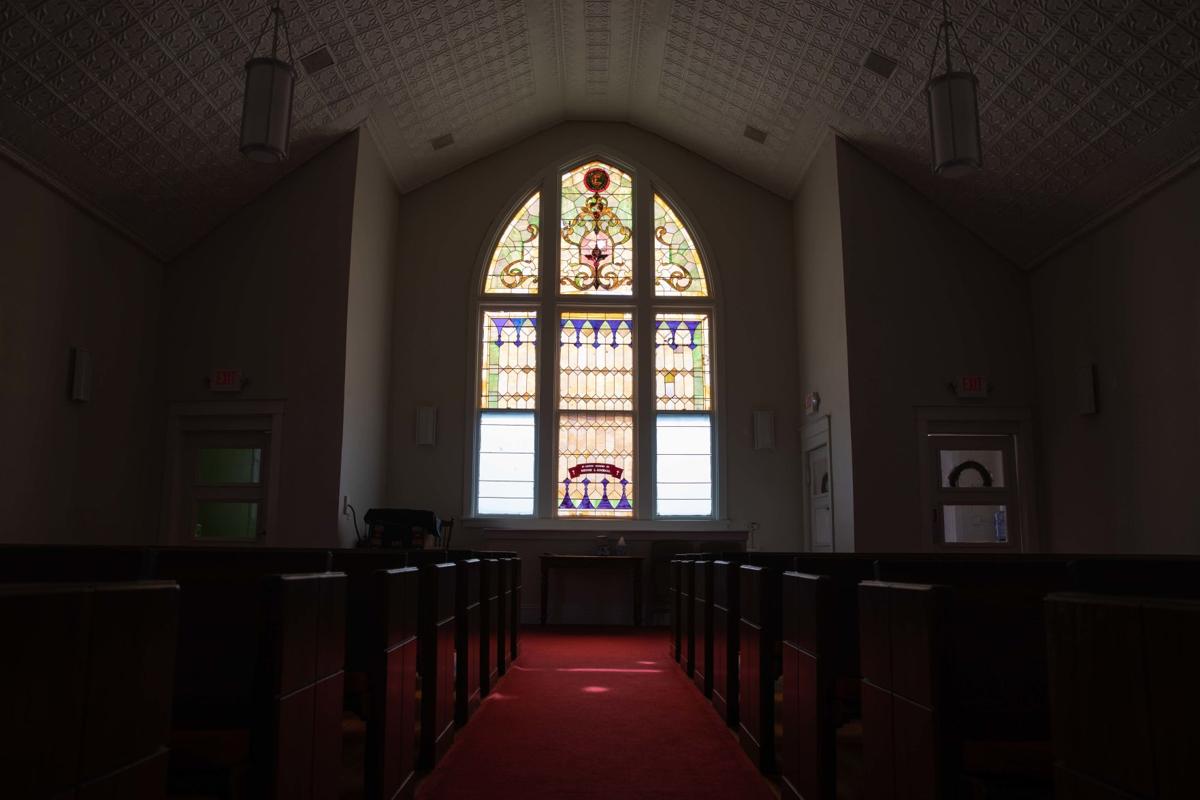 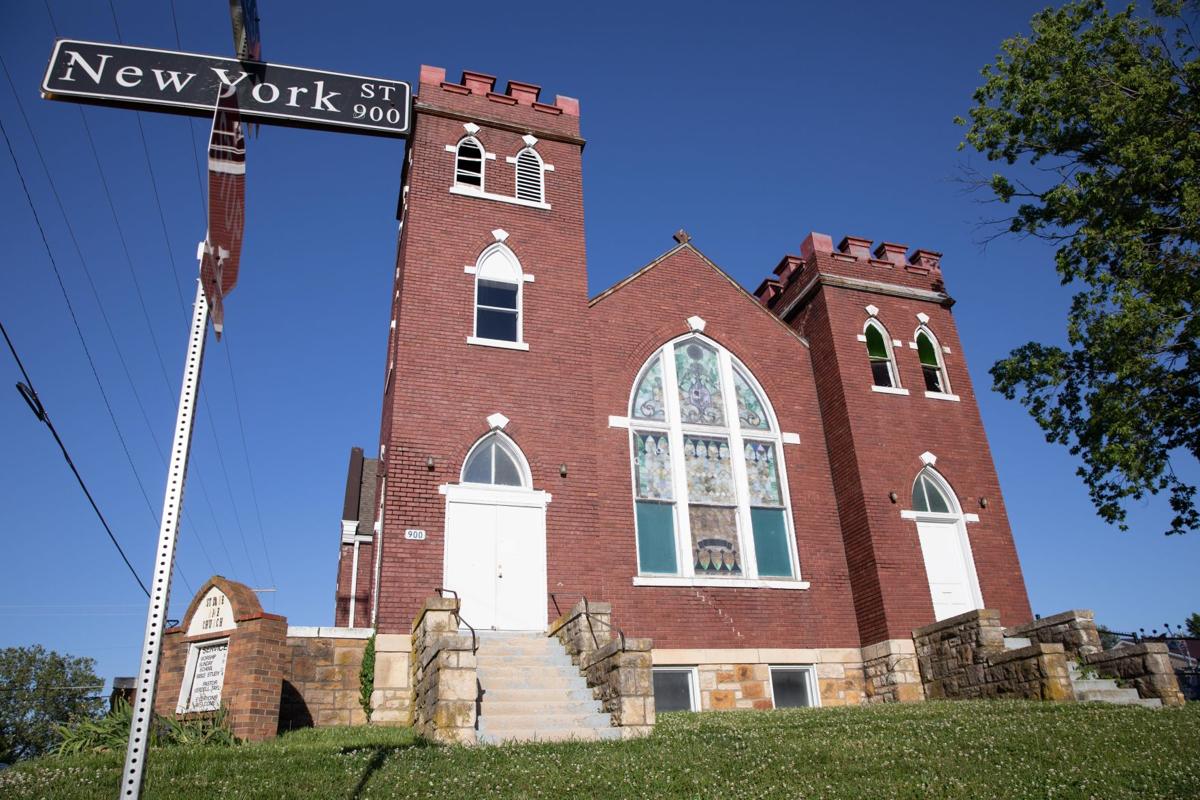 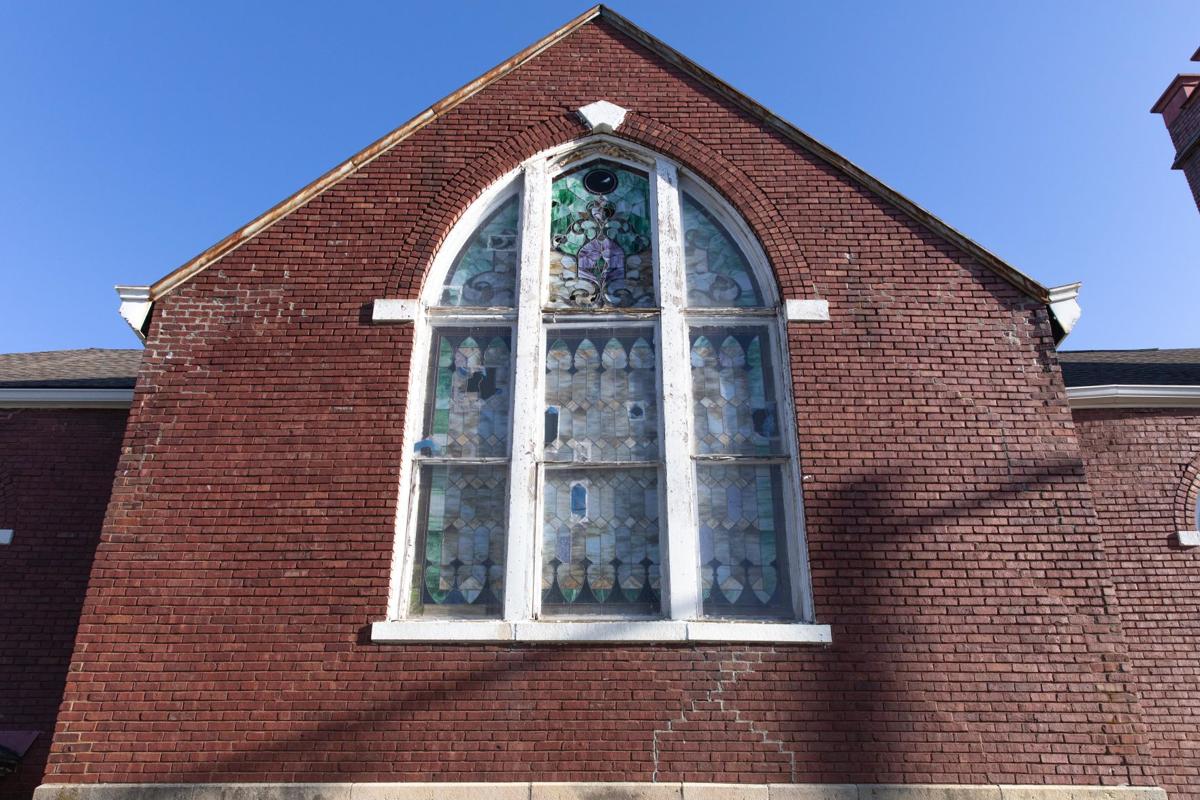 During this event, the church was covered in projected visuals of the original stained glass windows accompanied both by music and Sebelius creating a live portrait of Langston Hughes, a former member of the congregation.

This experience served not only to kick off the fundraiser, but also to bring attention to the need for restoration in the church, Sebelius said. It also showed new and existing parishioners unique ways in which the space could be used.

“Some of those video projections are imagery that are taken directly from those stained glass designs, so kind of integrating the beauty of that original design of the church into something contemporary was interesting for the artists that worked on that project,” Sebelius said.

After the event, a GoFundMe page was created to collect donations with the goal of reaching $25,000. The fundraiser will continue online until the church reaches their goal.

Pastor Verdell Taylor has been at St. Luke AME for 25 years and has been heavily involved in restoration efforts during that time. The majority of restoration has happened within the last 10 years, with the most notable change being the heightening of the ceiling in 2010.

St. Luke AME has a rich history, earning its place in the Kansas Historical Society registry of historic places in 2005.

The church was founded in 1862 in the midst of the Civil War and civil rights movement, with plans for it to be built on the corner of present day New Hampshire Street and 9th Street. However, after a group of Black soldiers staying on site were killed by Quantrill’s Raiders, the land was left desecrated. The building was instead built at 900 New York Street in 1910.

In 1970, the church notably hosted the funeral of Rick "Tiger" Dowdell, a Black KU freshman who was shot and killed by Lawrence police, leading to five days of tension and violence between student antiwar activists and civil rights advocates.

“It has been a real strong piece of the community, especially in the area of civil rights,” Taylor said, “because of the nature of St. Luke and being very active, a church that is very active within the community, it became a place where the NAACP and various other organizations would meet.”

Hughes also plays an important part of St. Luke’s history, as the famous poet was a member of the congregation as a child. Hughes mentions St. Luke in his autobiography, “The Big Sea."

St. Luke AME has stood not only as a place of worship but also as a historic symbol for the Black community of Lawrence.

“The reason is to be able to have a piece of history right in the middle of East Lawrence that represents Blackness, but represents so much more than that," Taylor said. "It represents the history of the African American people that came at the time of our Civil War looking for a place to realize freedom."