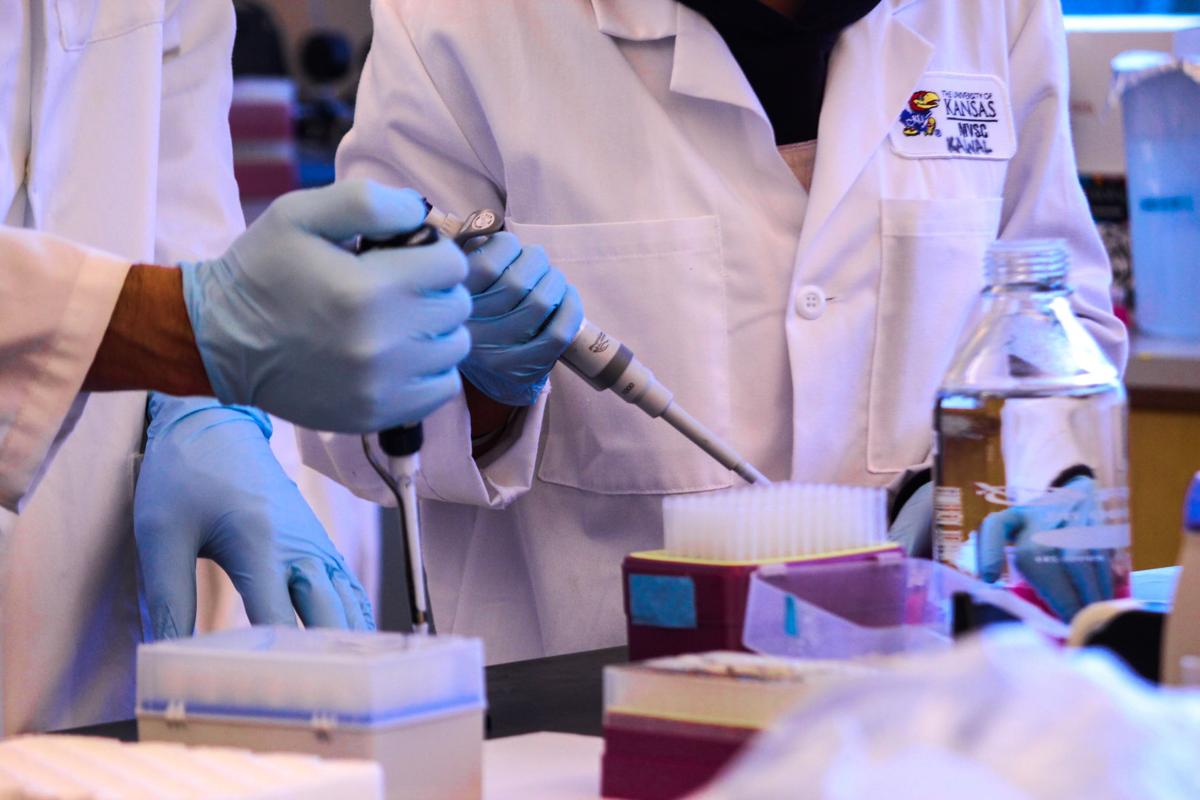 More than a week after he was tested for the novel coronavirus, Lawrence resident Justin Thomas learned that his results were positive, but the process of getting that response was more challenging than he or his spouse ever imagined. 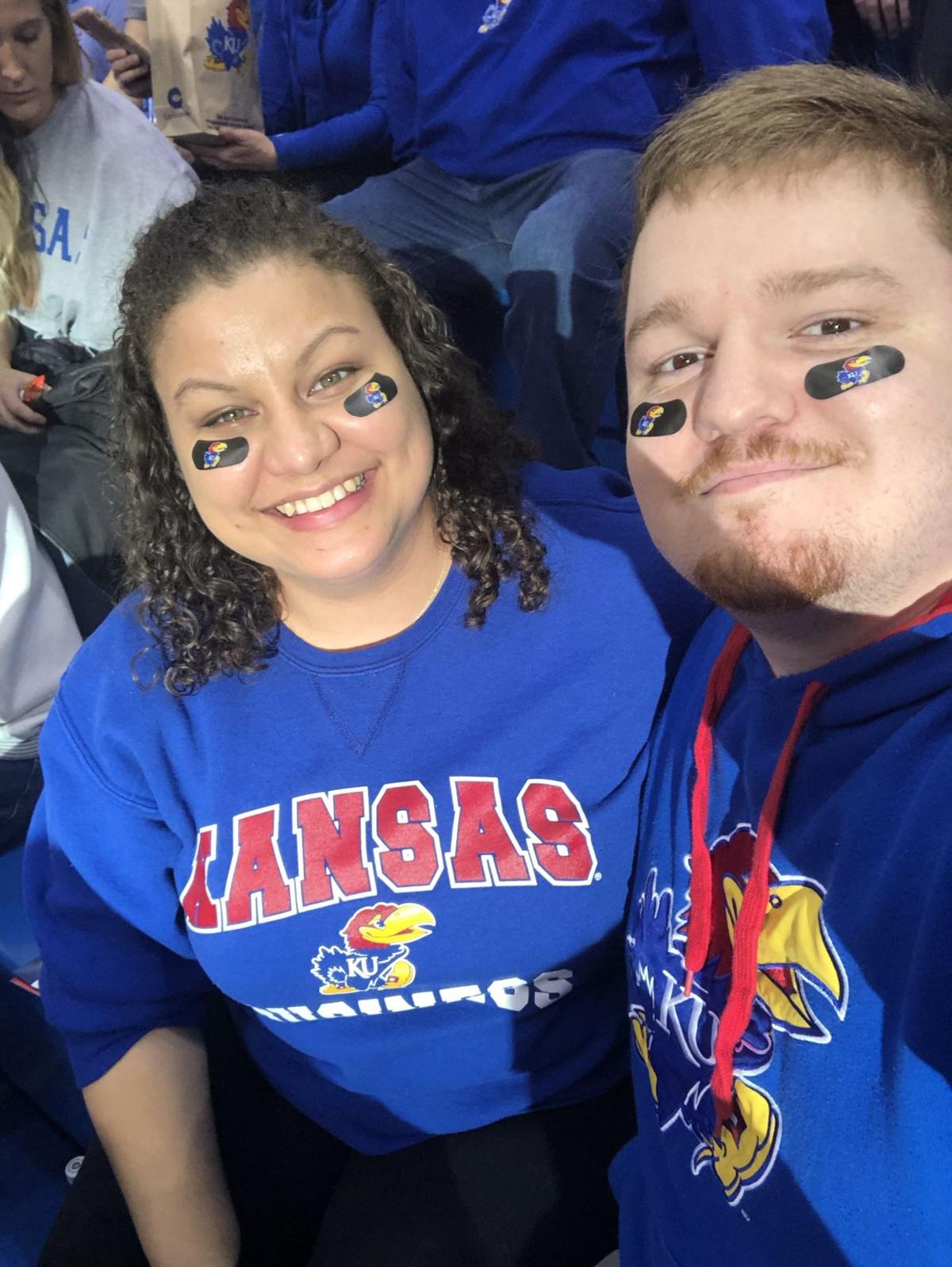 Justin Thomas, right, and his wife Rachel, left, said they are self-quarantining. Justin began showing coronavirus symptoms a week after he returned from a ski trip in Colorado. 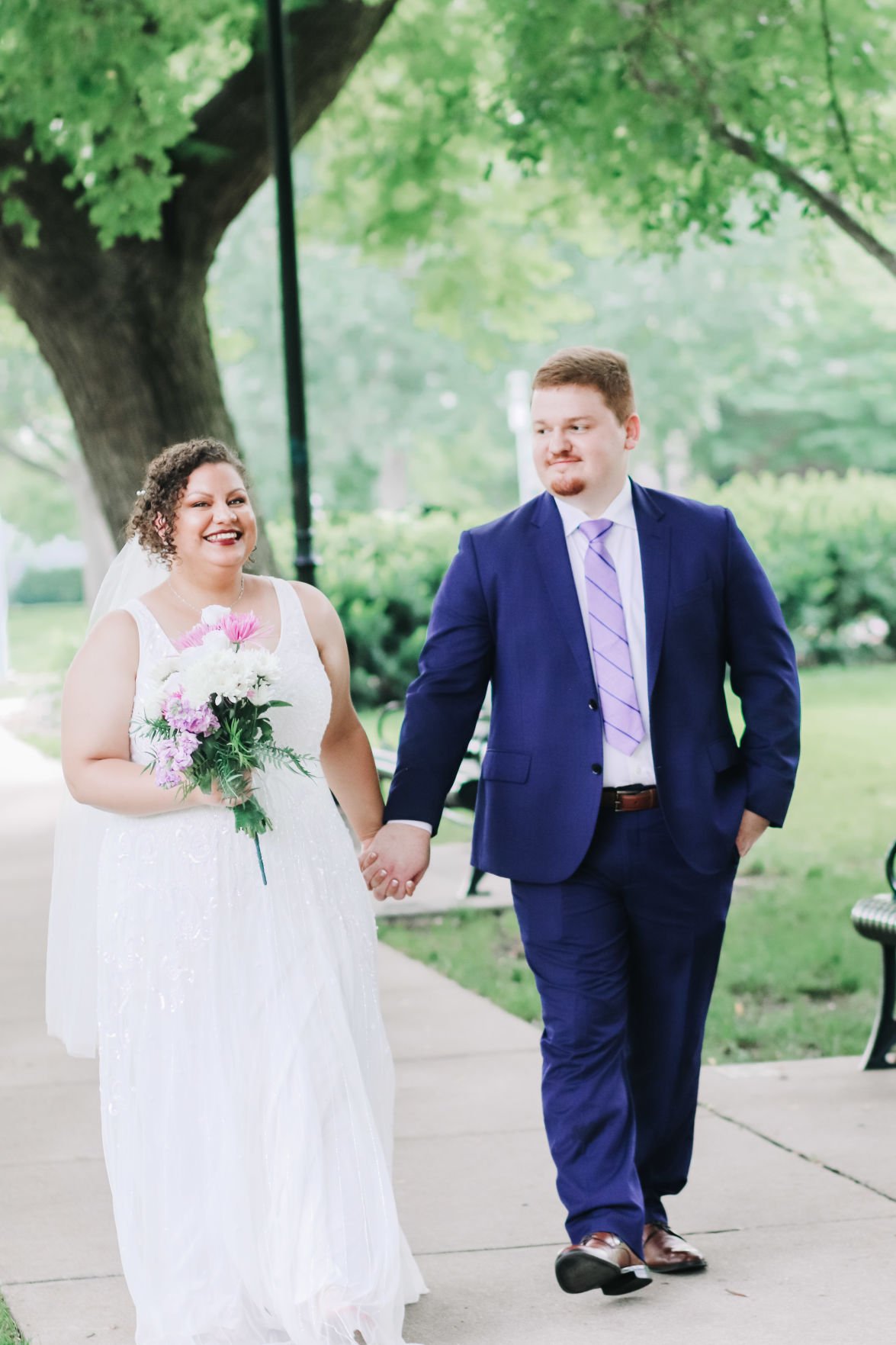 Justin Thomas found out he had tested positive for coronavirus over a week after he had first been tested.

Nearly a week after he returned to Lawrence from a Colorado ski trip, Justin Thomas woke up with a dry cough and shortness of breath.

After making a flurry of phone calls to several health offices, the 26-year-old tested for coronavirus at Lawrence Memorial Hospital Health. But when he hadn’t received a response days later, he discovered his test samples had been sent to a lab in California without his knowledge, he said.

Finally, more than a week after he was tested, he learned he had tested positive for coronavirus. But he said the exhausting and confusing series of events that led to his diagnosis has left him and his wife shaken by the response of local health officials and concerned not only for their health but also for others they may have contacted.

“It’s not that we just didn’t have my test results,” Justin said. “Nobody was giving us any kind of consistency in their answers about what we should do, how long we’re expected to wait, who’s going to be reporting any follow-up steps from there. So we’re basically operating in the dark.”

The day before Justin showed symptoms, the Kansas Department of Health and Environment announced that anyone who had traveled to four counties in Colorado — including two in which Justin had spent time — should self-quarantine for 14 days and watch for symptoms. Justin took March 9 off from work because he felt slightly sick, but he worked the rest of the week. It wasn’t until March 16 that he began showing what he described as “very obviously coronavirus symptoms.”

Douglas County has issued a "stay at home" order to combat the spread of COVID-19 virus. The order will take effect Tuesday, March 24, and will remain until at least until April 23.

Thomas said he first called his doctor’s office, where he was told they didn’t have the capacity to test him for coronavirus and advised to contact the Lawrence-Douglas County Health Department. But the health department sent him right back, telling him to demand that his primary care provider test him he said.

Thomas' doctor then sent him to the emergency room at LMH Health, where he was again directed to the county health department.

“We told [LMH], ‘We’ve been doing that all morning,’ and they said, ‘Alright, just call us before you get to the emergency room,’” Rachel Thomas, Justin's wife, said.

Justin came to LMH through a separate entrance. Rachel was given a mask and told she could not go back with him for the test. His results came back negative for influenza A and B and respiratory syncytial virus.

The nurse told Justin that to move forward with a coronavirus test, he had to consent to paying an estimated $400 if the state did not pay for his test. He agreed and was told his test might come back in three to four days.

Health providers who submit tests through Kansas’ state health lab receive results within 72 hours, said Kristi Zears, a spokesperson for the state agency, in an email to the Kansan.

But as the couple continued to wait, Rachel grew increasingly nervous for her husband’s health. He couldn’t hold down food, had diarrhea and began throwing up bile, she said.

All of the symptoms, she said, were not typical of her husband. She tried to check him in to a doctor’s office or a hospital, in case another issue was compromising his health.

The most common symptoms of coronavirus are fever, lethargy and a dry cough, though some patients may have diarrhea, according to the World Health Organization. Justin said he showed all of the symptoms, and he also ran a fever higher than 100 degrees Fahrenheit.

Rachel said she called Justin’s doctor, the MedExpress Urgent Care in Lawrence and LMH in hopes of getting him an appointment. But because it was still unclear whether he had coronavirus, and because it was not an emergency, none of the places wanted to risk him spreading the virus to others.

As Rachel grew more worried, frustration began setting in for her and her husband.

Their first phone call to track Justin’s test was March 18 to LMH, where he had been tested two days earlier. The hospital told the couple it was too early to get the test results back.

Justin and Rachel said they decided to call the state’s coronavirus hotline. They were told they’d get a call back later in the day once the hotline was able to manage the influx of calls. Hours later, they made another call to the state. An operator said nurses were too busy and no one was available to answer their questions.

Though he hadn’t fully recovered from his illness, Justin said he began to feel much better by Thursday. But his test results still remained a mystery, and he wasn’t sure if he’d infected anyone else.

On Saturday morning, Justin and Rachel said they called LMH again, frustrated at still not having answers and hoping to understand what caused Justin to feel so sick. That’s when the couple received their first concrete answer about Justin’s test.

“The nurse said, ‘So, after doing some digging, I found out that they sent your test to a lab in California,’” Justin said. “It was almost like that last puzzle piece falling into place. Because we were really starting to wonder what the holdup was, especially in a matter this serious.”

Specimens shipped to the state health agency would not have been sent to an outside lab in California, Zears said, but hospitals may have sent swabs to private labs.

On Tuesday, more than a week after he had been tested, Justin said he heard from LMH. A doctor told him that he had indeed tested positive for the coronavirus. He was advised to call back if he began showing severe symptoms again, but he was not advised to notify anyone with whom he’d had contact.

The Kansan contacted LMH Health three times for comment about Justin’s case, but it has yet to respond to those requests.

A lack of available testing has resulted in fatal complications for those most vulnerable to COVID-19.

A 74-year-old Kansas man died of coronavirus earlier this week after he was denied a test for the virus three times, according to the New York Post. Two urgent cares sent the man home, and he was only tested for the coronavirus after he was admitted to an intensive care unit a day after an x-ray showed pneumonia in his lungs.

Justin decided to self-quarantine after he was tested. On Monday, his employer allowed him to work from home in response to Douglas County’s stay-at-home order. But because he had used his paid time off to travel to Colorado, he lost a week of work because he did not want to risk infecting others.

The couple said they will continue self-quarantining to reduce the risk of spreading the virus. Rachel said she has not felt sick since her husband returned from Colorado.

“Justin and I are trying to be responsible and not infect or spread a disease he may have,” Rachel said. “But I feel like we’re taking this more seriously than the people who are supposed to protect this community.