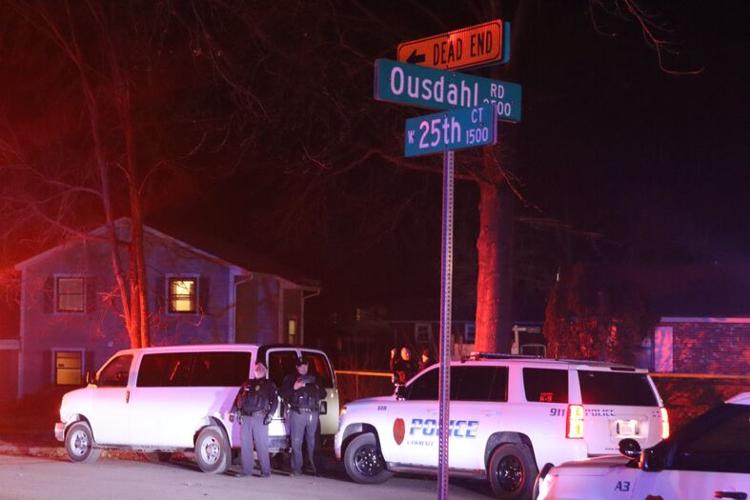 Police vehicles respond to the standoff at the corner of 25th and Ousdahl. 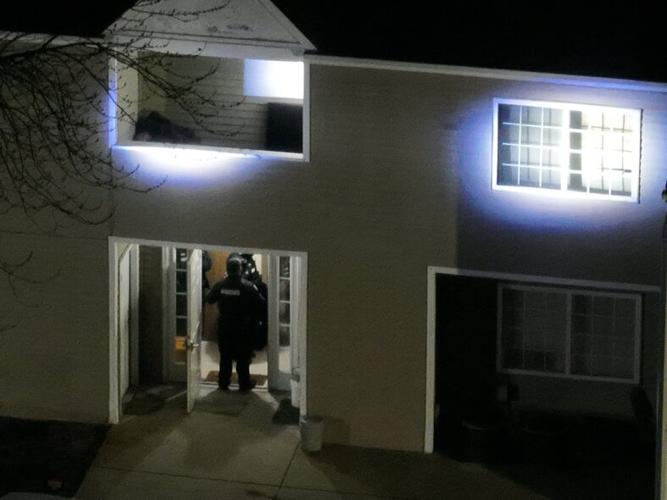 Police prepare to enter an apartment building in the Naismith Place apartment complex during Monday's standoff.

Police vehicles respond to the standoff at the corner of 25th and Ousdahl.

Police prepare to enter an apartment building in the Naismith Place apartment complex during Monday's standoff.

A man was arrested and charged with aggravated assault and aggravated burglary on Tuesday at 2 a.m. after a 9-hour standoff, Sgt. Drew Fennelly of the Lawrence Police Department wrote in two emails to the Kansan.

Police responded to the 1500 block of West 25th Street, at Naismith Place Apartments, around 5 p.m. on Monday after a man allegedly threatened multiple residents with a gun on Monday night, Fennelly wrote.

Police then secured the area and attempted to contact the armed suspect, who had at that point “rebuffed contact attempts,” Fennelly wrote to the Kansan around 11 p.m. Officers had moved some residents from the area for their safety.

The Crisis Response Team Negotiators used a specialized robot to communicate with the suspect, who did not comply with requests to surrender, Fennelly said.

“This was a great example of utilizing all available de-escalation tools at our disposal to find a peaceful resolution to a dangerous situation, and I am extremely proud of our people and how they conducted themselves to keep our community safe and secure,” Police Chief Rich Lockhart said in a news release.

Daniels is being held at the Douglas County Correctional Facility, Fennelly said. His first appearance hearing is scheduled for 3 p.m. on Wednesday, Jan. 25, Cadue said.