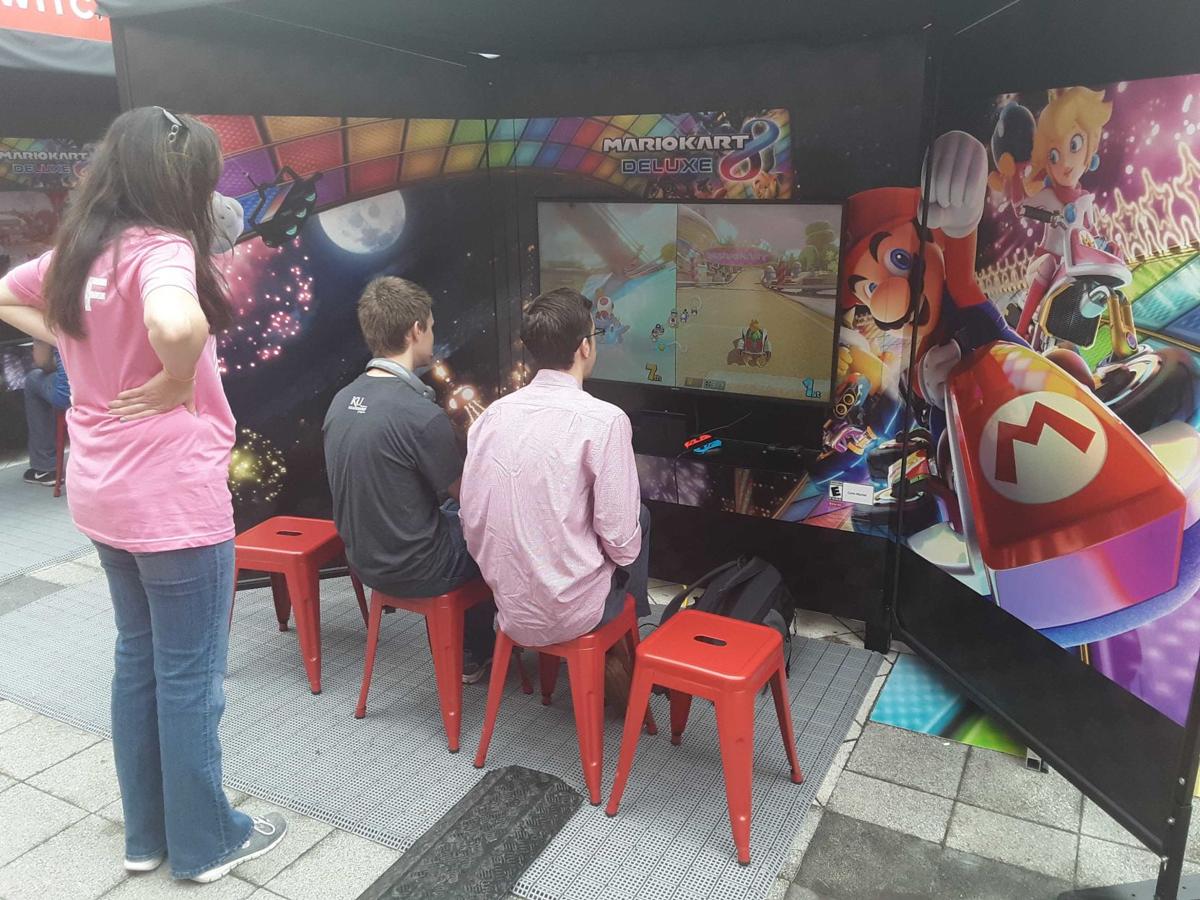 Mario Kart 8 Deluxe is among the games that can be played at the Together Tour event. The event is outside the Kansas Union on Oct. 10 and 11. 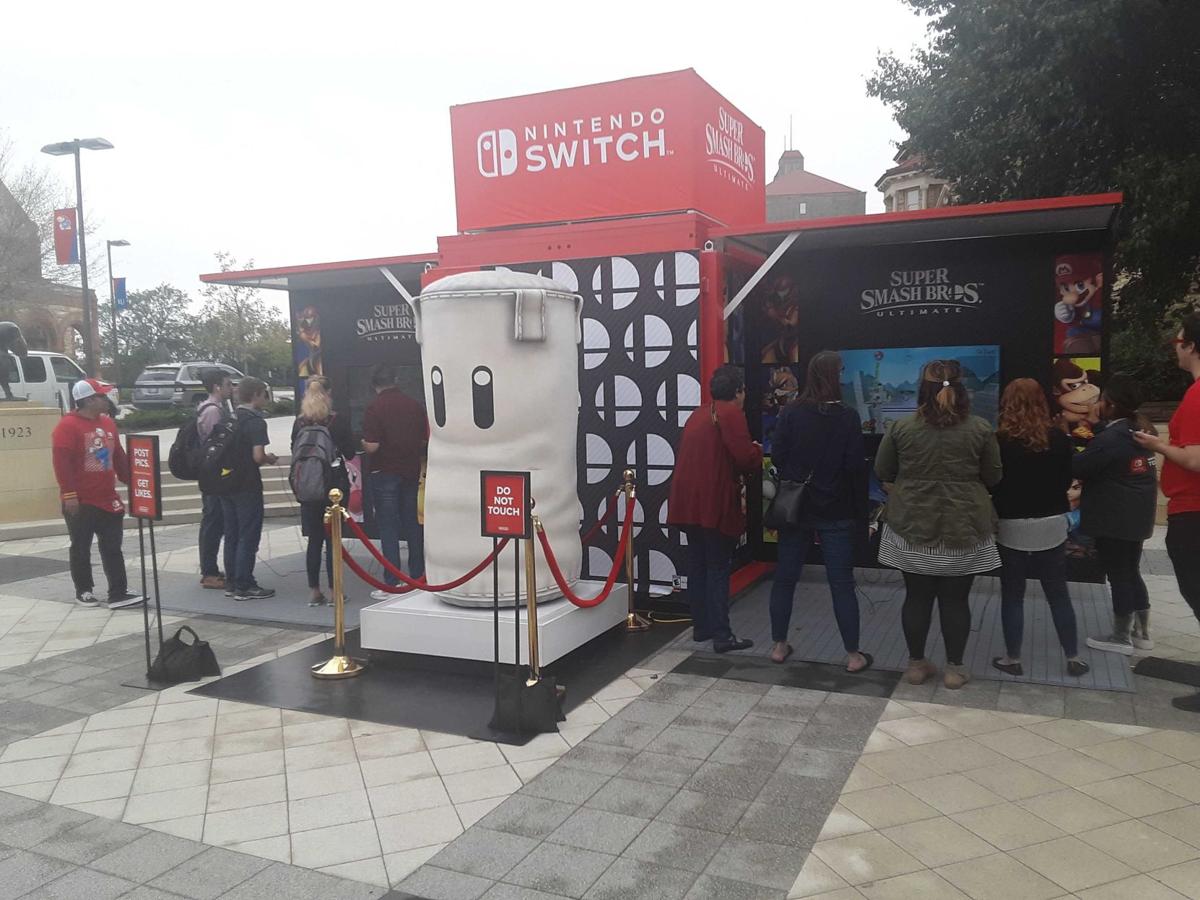 Friends and strangers alike battle in Super Smash Bros. Ultimate on Oct. 10. Pictures can be taken with the Sandbag character at the photo station.

Dozens of students stopped outside the Kansas Union to play video games with their friends at an official Nintendo event Thursday afternoon.

The tour, which is free for students to participate, has already been to the University of Iowa and will continue to other colleges in Kansas, Oklahoma, Texas, Arizona and California. It is stopping at the University of Kansas on Oct. 10 and 11 from 11 a.m. to 5 p.m.

“I came out of an exam, and I was kind of stressing about it,” said Meredith Wilcox, a KU junior. “And then I saw this across the street, and I was like, ‘OK, I know what I’m doing.'"

Additionally, if a person takes part in six different attractions, which include both the photo ops and the games themselves, they are given a random prize such as sunglasses, a fake Mario mustache or a Nintendo-themed fanny pack.

“It’s pretty cool that the campus would bring this. It’s not something that I would regularly check out,” said KU junior Dawson Krug after playing several games of Super Smash Bros. Ultimate. “I was just kind of walking by, and I’ve ended up spending a while here.”