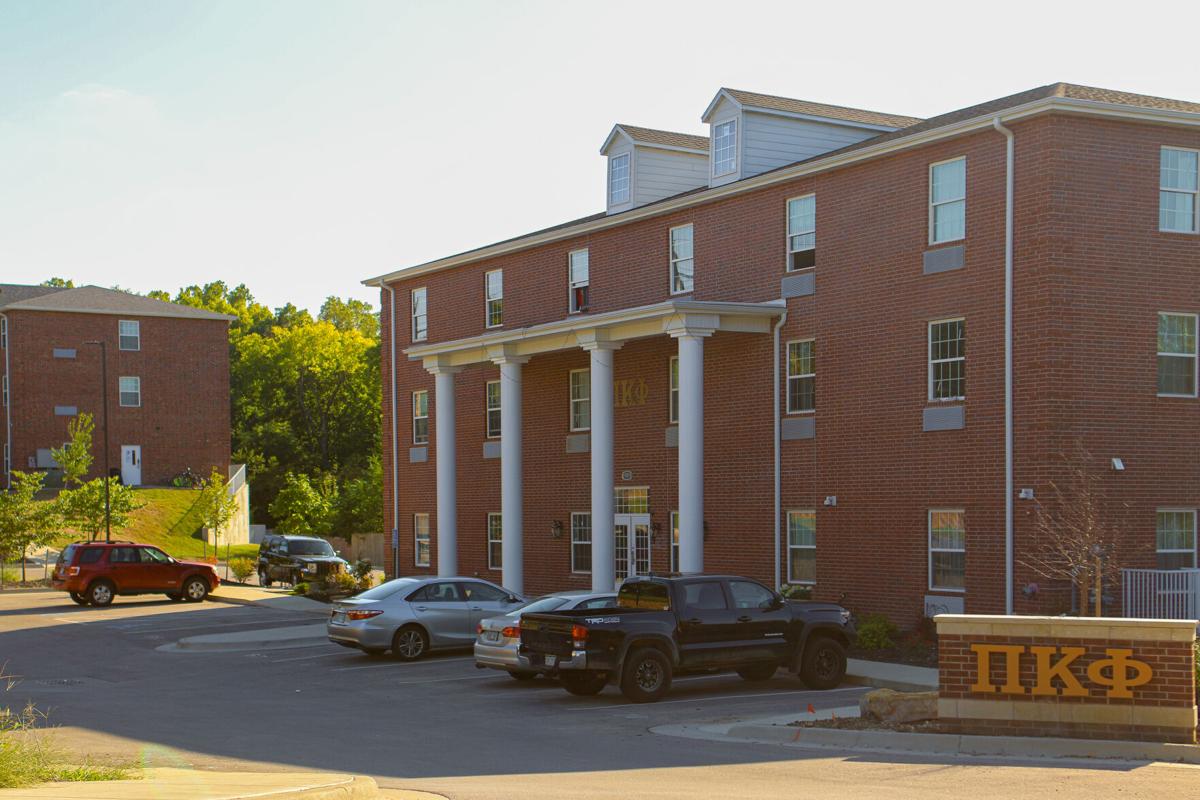 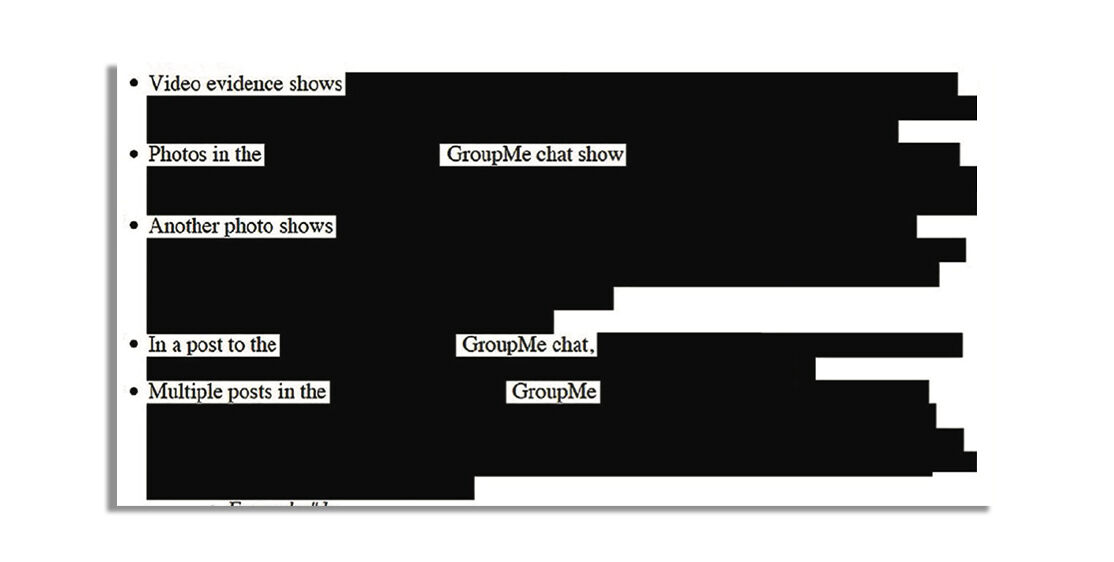 In a letter from Vice Provost of Student Affairs Tammara Durham, she cites part of the evidence that was filed apart of the student conduct complaint filed that alleged Pi Kappa Phi was violating the student code. 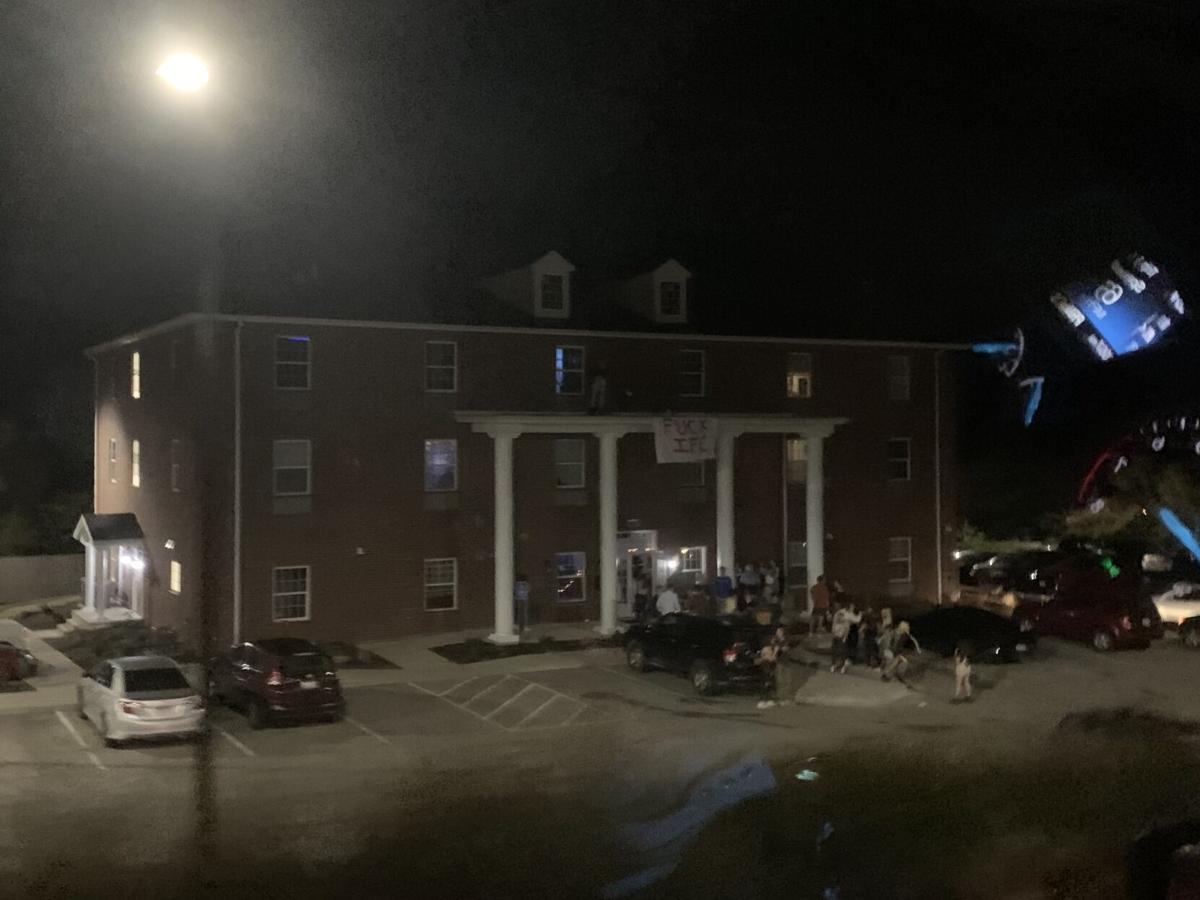 On Nov. 5, the day after the fraternity received news they were being kicked off campus, dozens gathered in the chapter house's parking lot.

Vice Provost of Student Affairs Tammara Durham found the chapter responsible for causing harm to persons and for hazing — both violations of the student conduct code.

The University of Kansas will kick the Pi Kappa Phi fraternity off campus for at least five years after officials determined the chapter hazed members and engaged in “an open culture of illegal drug use,” a document obtained by the Kansan shows.

“The types of hazing behaviors seen in evidence demean and intimidate individuals, have the potential for both severe physical and psychological harm, and may negatively impact the academic success of the students involved,” Vice Provost of Student Affairs Tammara Durham wrote in a letter to fraternity members dated Nov. 4. The Kansan obtained the letter through the Kansas Open Records Act.

“These behaviors undermine the University of Kansas’ commitment and efforts to establish a safe campus environment and a culture of respect for all individuals,” Durham continued.

The decision prevents the fraternity’s chapter from operating at KU for at least five years starting Nov. 25, when the University will no longer consider it a registered student organization. That is also the day after in-person classes for the fall semester end.

The earliest the fraternity could resume operations at KU is spring 2026 or after the last current member graduates.

“Breaking the cycle requires an opportunity for the organization to ‘reset’ without current members and leaders who have been an active part of the problematic culture and activities,” Durham wrote. “Closing the Theta Epsilon chapter of Pi Kappa Phi will provide an opportunity for the organization to re-establish itself after current members who led and engaged in a culture of hazing have left the university.”

Details are unclear about some activity KU cited, including specifics of hazing incidents. The Kansan requested information from the Office of Student Conduct and Community Standards. KU responded by releasing Durham’s letter, which was heavily redacted.

'The blueprint of hazing': Why hazing continues in college fraternities

But Durham said in the letter that members of the chapter apparently coerced a pledge into illegal drug use and the fraternity had “an open culture of illegal drug use — at least among some members.” Those findings, coupled with hazing allegations, exacerbated the charges, leading to the fraternity’s removal from campus.

The Kansan requested comments from Pi Kappa Phi’s chapter president and the fraternity’s international headquarters, but did not receive responses by time of publication.

Durham’s letter also revealed that a former chapter president and another unidentified member of the fraternity described the “traumatic” hazing they experienced as new members during the 2017-18 and 2018-19 academic years.

'A long and sordid history': Reporting hazing at KU

KU’s investigation began Oct. 21 and found violations of the student code dating to last November and as recent as this September. A series of messages pulled from a GroupMe chat, video evidence and photos were among evidence turned up in the investigation.

Pi Kappa Phi’s national assistant executive director represented the fraternity in its disciplinary hearing with KU. The national official submitted a document to the hearing board with suggested sanctions for the KU chapter that were “endorsed by the national fraternity,” Durham said in her letter. 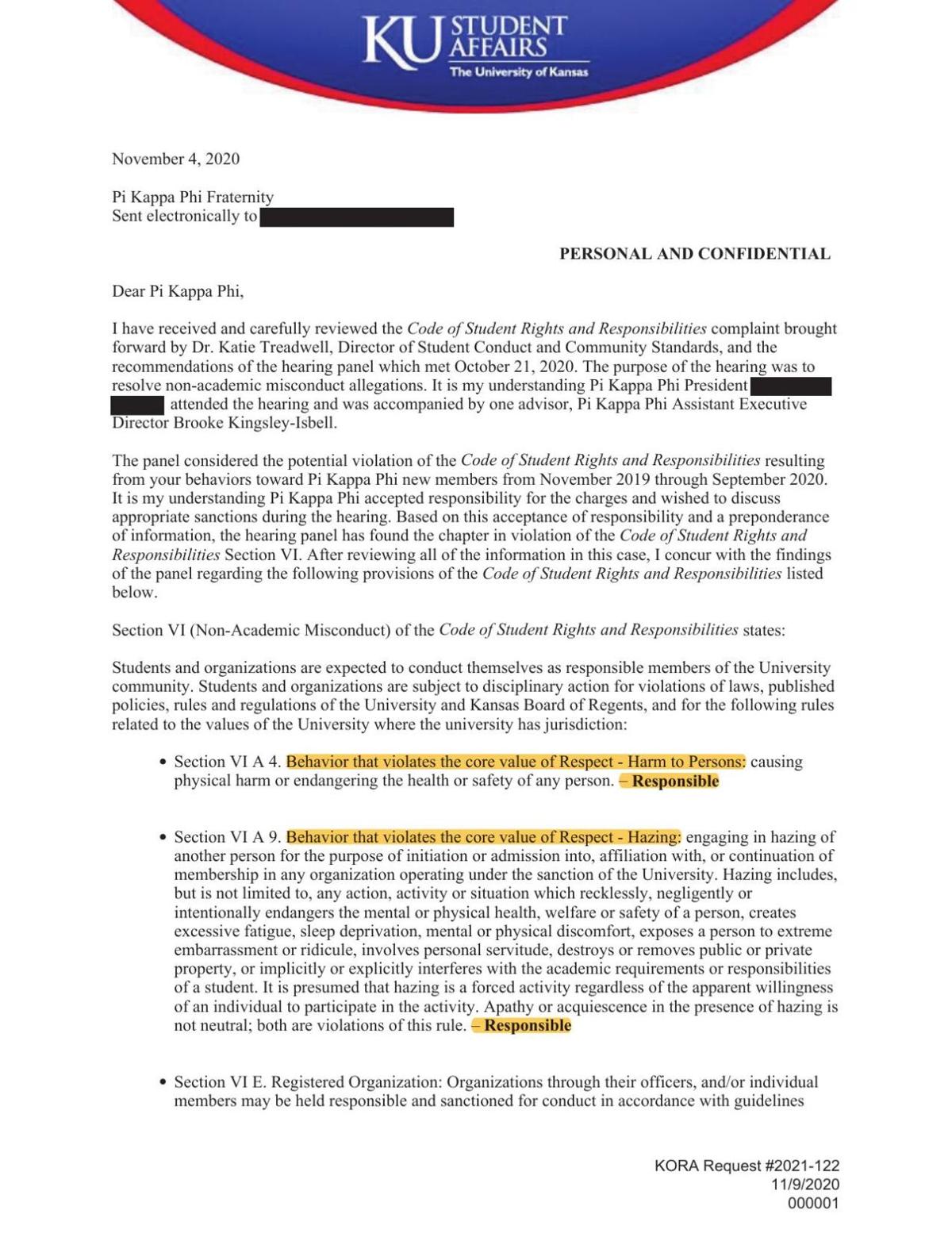 KU Student Conduct and Community Standards Director Katie Treadwell said she could not disclose details that were redacted in Durham’s letter. But Durham’s letter makes clear the incidents that led to the punishment were not isolated.

From the roof of the house, the fraternity hung a banner that said, “Fuck IFC.”

Have you been hazed or know someone who has? Contact the Kansan by emailing nasbury@kansan.com or lpeterson@kansan.com.