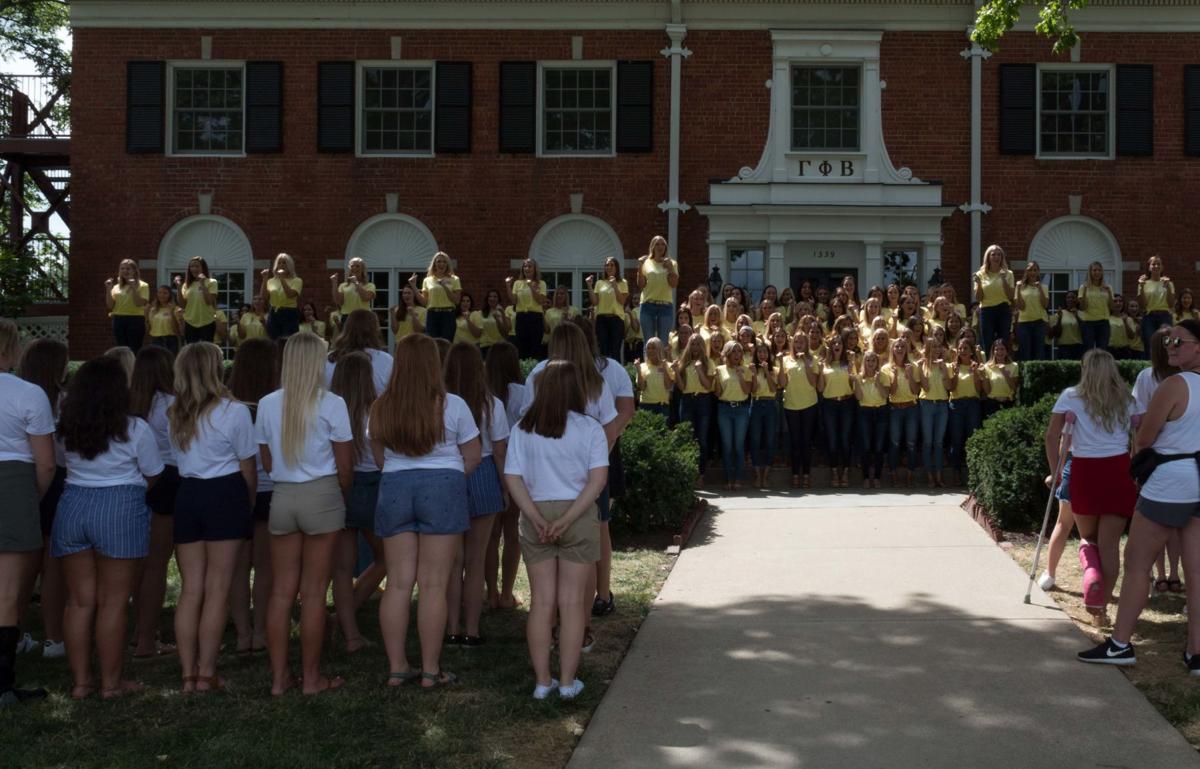 In this UDK file photo from August 2018, Gamma Phi Beta women sing their goodbye song to their potential new recruits. 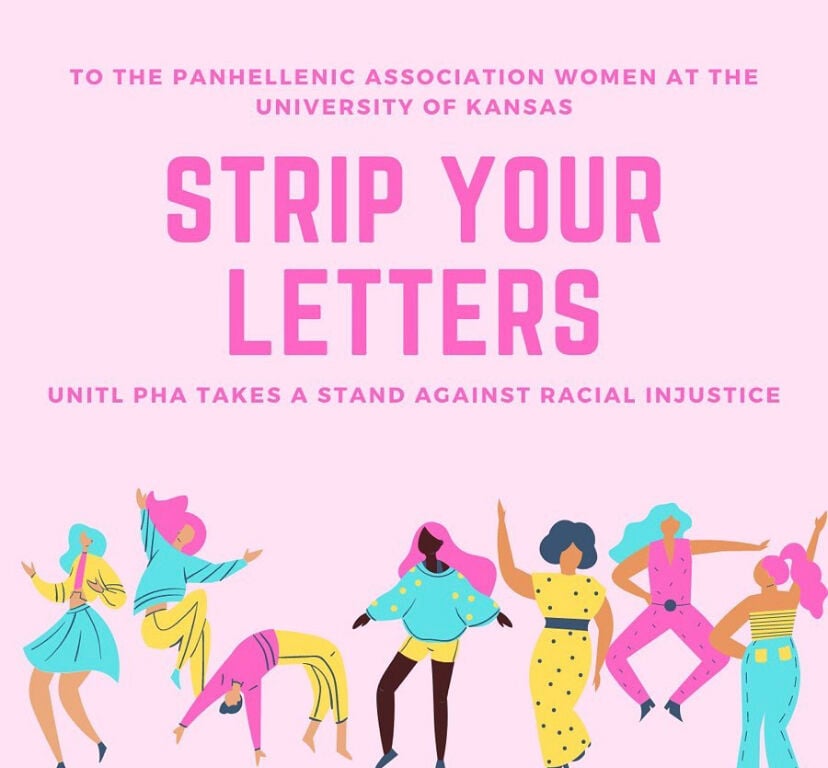 A group of sorority women at the University of Kansas are working to dismantle racist practices in Greek life.

In this UDK file photo from August 2018, Gamma Phi Beta women sing their goodbye song to their potential new recruits.

A group of sorority women at the University of Kansas are working to dismantle racist practices in Greek life.

After months of national protests against police brutality and calls to abolish systemic racism, a group of women at the University of Kansas created a grassroots movement to look within the Greek life system and dismantle its practices of discrimination.

The initiative, called Strip Your Letters, was formed in July by women in KU sororities after they said the KU Panhellenic Association’s executive board would not explicitly say, “Black lives matter.”

KU Panhellenic posted a statement on Instagram on July 22 that said PHA is committed to “long-term growth and change in our community.” It acknowledged a need for change but did not mention the Black Lives Matter movement.

The group created a call to action for sorority women to disaffiliate from their sororities by removing their letters from their Instagram bios and not wearing their sorority's letters as a form of protest. They hope leaders in KU Greek life will listen to concerns women had of racism within the Greek community.

“I was with a friend who was sharing her experiences as a woman of color in Panhellenic [at KU] and then I thought, ‘What if we told women to strip their letters?’” said Grace Reading, a senior who co-founded the Strip Your Letters movement. “What if we took away all of the advertising power that Panhellenic had, because really we’re their best advertisers. So if we took that away from them, maybe they would feel more pressure to do things internally.”

The Kansan reached out to KU Panhellenic Association leadership, but they did not respond by time of print.

Since Strip Your Letters posted its first photo on Instagram calling PHA women to strip their letters during formal recruitment, the group amassed over 3,000 followers and inspired six campuses across the country to start a similar movement. The women who formed Strip Your Letters have also had ongoing conversations with PHA, Sorority and Fraternity Life and several sorority chapter presidents about how to make Greek life a more inclusive space.

#stripyourletters starting on the first day of Fall Formal Recruitment on August 17th!! As women of PHA we want to encourage our organizations to own up to their role as an oppressive system within secondary education and take steps to make Greek Life a safer, more inclusive place for all women and all sisterhoods. So what do we mean by #stripyourletters ? We mean we are making Panhellenic invisible. No more posting pictures of sorority events, no more t-shirts to promote your chapter on campus, no more liking, commenting, or sharing Panhellenic Organizations’ posts. We’re not asking you to drop or stop participating in chapter activities, just to not share about it. Doing so allows us to put pressure on the KU PHA council to make changes as our organizations thrive with visibility. It also allows us to amplify and increase visibility for @kumgc and @kunphc_30 . Let’s support all sisterhoods, not just our own. #kuffr #kuffr20 #stripyourletters #blacklivesmatter

The original call for sorority women to strip their letters has shifted into larger conversations of reconfiguring bylaws to include more inclusive language and reflect on recruitment practices that may not be equitable for women with disabilities or chronic illnesses.

“We are not advocating for the abolishment of Greek life,” said Hannah Feldman, who also graduated from KU in the spring. “We want to reform Greek life and make positive changes, because change happens from the inside.”

Members of the organization spoke in meetings with the National Panhellenic Conference to share their grievances with Greek life and also share stories of racism, ableism and homophobia in KU sororities.

Dani Rodgers, a junior at KU, said that the stories were submitted to Strip Your Letters through a Google form. They also discussed how leaders at the national level can help guide chapters in changing language in their bylaws and creating a safer environment for underrepresented women in Greek life.

While much of Strip Your Letters is aimed at policy change within sororities, Reading said, it is also a call for a cultural shift in Greek life and the empowerment of women.

“A huge step in changing the culture of Greek life is getting women to ask themselves what is acceptable and what they are willing to tolerate,” Reading said. “There are other people’s needs here that we need to be considering.”

The members of the Strip Your Letters campaign said they are having ongoing conversations with Greek life leaders at KU to promote these cultural shifts and educate members of the Greek community on how to do so. They also are working with some members of the Interfraternity Council at KU to address problems like hazing.

Moving forward, they hope to continue educating members of the Greek community on the internalized biases in the system, Feldman said, and allow other underrepresented voices to be heard in ways that they haven’t been before.

“We want to lift up the voices of [the Multicultural Greek Council and National Panhellenic Council], which have historically not been prominent in conversations about Greek life,” Feldman said. “There are two other councils outside of Panhellenic and IFC who should have a voice in the Greek system.”