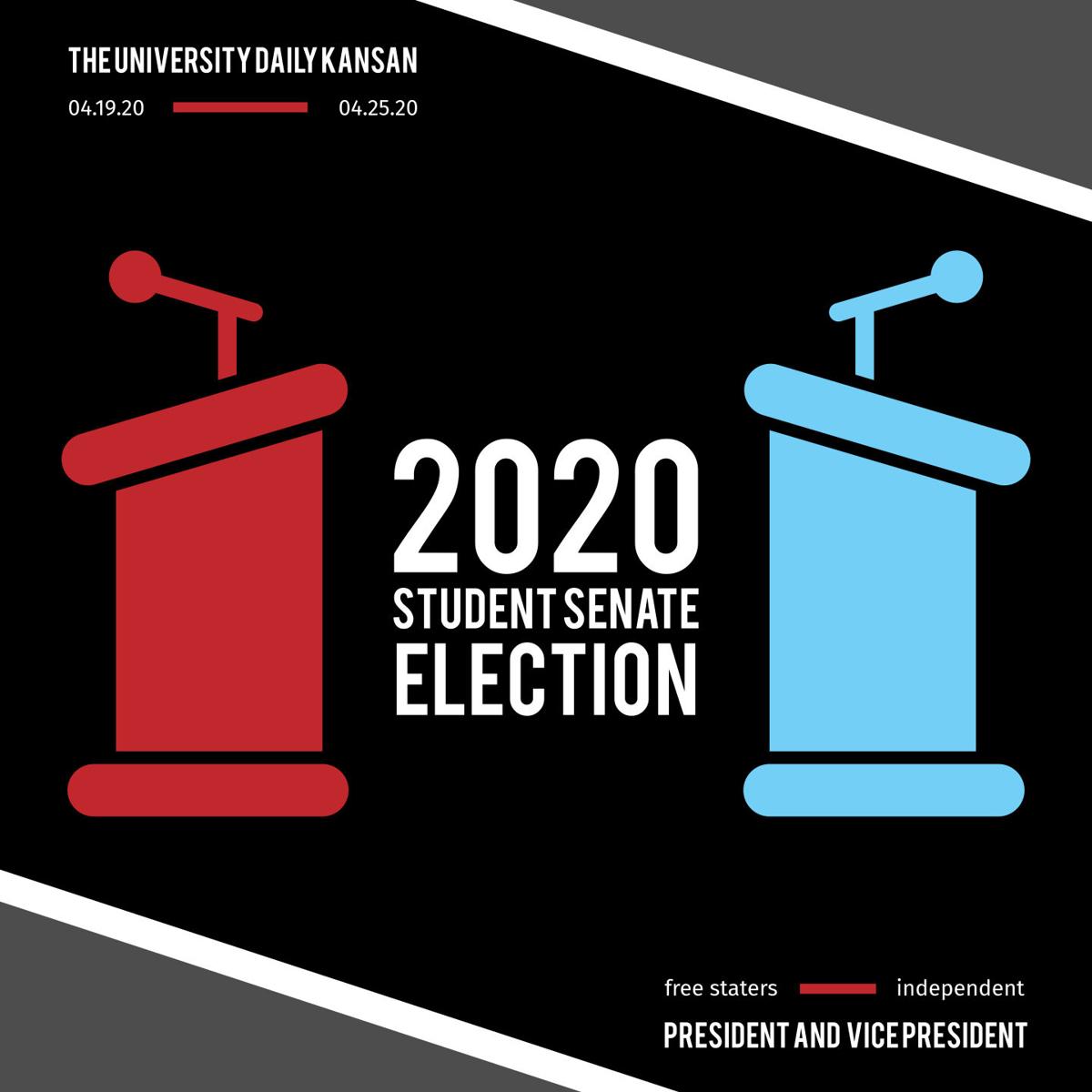 The Student Senate Elections commission will be announcing the elections result on their Facebook page. 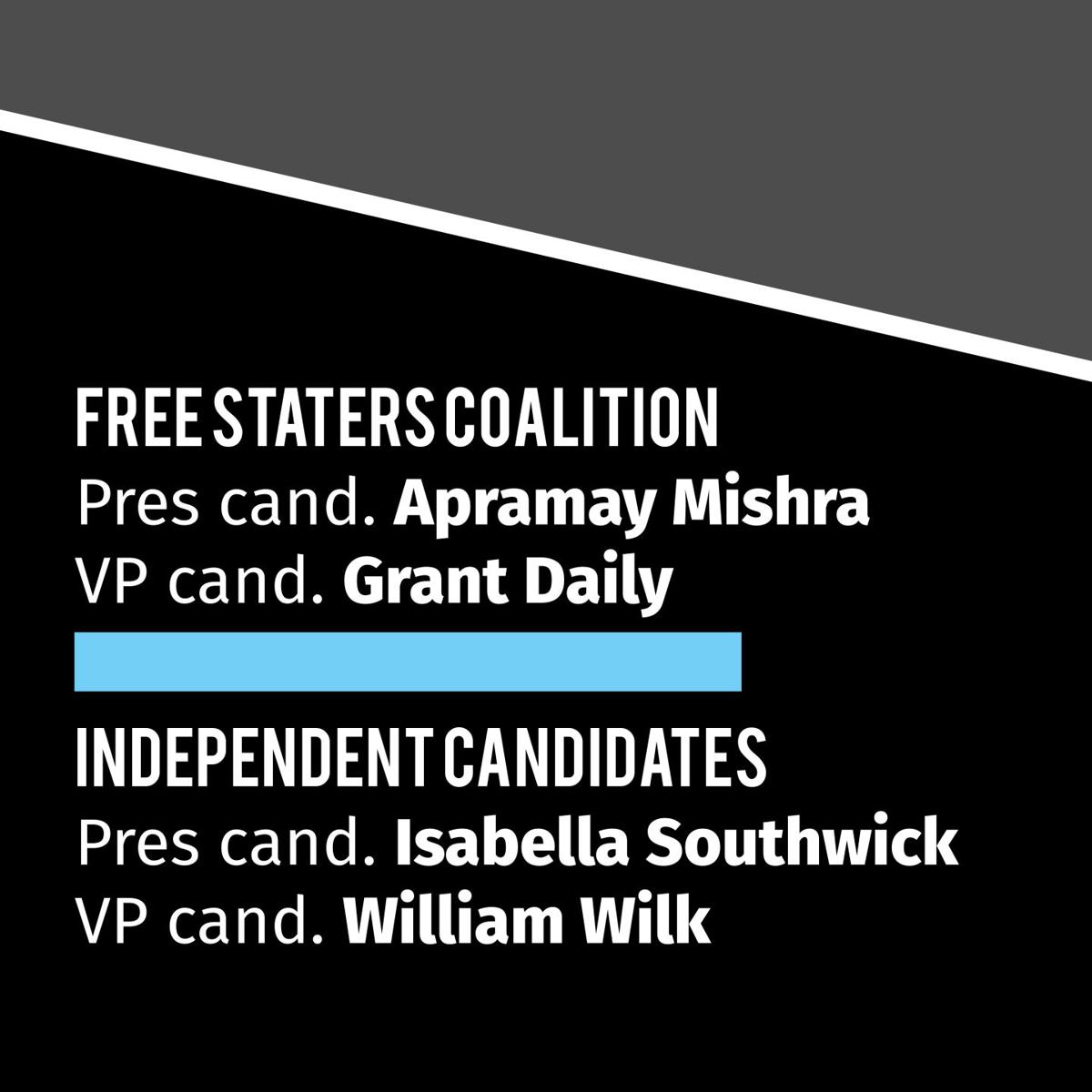 There are coalition and independent candidates in the 2020 Student Senate election.

University of Kansas students will have a week to officially decide whether they want two independent candidates or a coalition running student governance for the 2020-2021 school year.

Ahead of this year’s Student Senate election, here’s everything you need to know about what’s on the ballot and how to vote.

This year’s voting period has extended from two days to a week, due to the novel coronavirus pandemic. Polls officially opened Sunday, April 19, at 6 a.m., and students have until Saturday, April 25 at 4 p.m. to vote through Rock Chalk Central.

Students will also vote on their desired senatorial candidates for their respective schools.

Mishra and Daily lead Free Staters, the only coalition to file in the 2020 Student Senate election. They launched their campaign, which is focused on affordability, accessibility and inclusion, in February.

Mishra, an economics and political science double major from Lawrence, is Student Senate’s vice chair of the finance committee.

Daily, a triple major in history, economics and international studies, is a senator for the College of Liberal Arts and sciences. This year, Daily formed a committee investigating KU sexual assault procedures after Chancellor Douglas Girod denied Senate’s request to reopen a sexual assault task force.

“If I can achieve one thing in my role next year as student body vice president, it will be to increase the help that we can put towards those who are most marginalized in all aspects — financially [and] situationally,” Daily said in a Q&A with the Kansan.

Southwick and Wilk launched their campaign after the University canceled classes due to the novel coronavirus outbreak in March.

Southwick is currently Student Senate’s policy and development director and ran last year as a senator for Crimson+Blue, which was the only coalition to run in the 2019 race.

During her time as policy and development director, Southwick worked to launch a pilot program providing transportation for students from Counseling and Psychological Services to the Bert Nash Community Mental Health Center and back.

If elected, Southwick is promising to address issues such as mental health and sexual assault.

“Just coming from my own personal experiences, mental health is such a serious issue, and if you don’t get the help that you need, it can be really detrimental,” Southwick said in a Q&A with the Kansan. “Being able to provide students those opportunities is so important and something we really need to focus on as [a] University.”

Wilk is a senator for the Journalism School. Wilk first joined Student Senate last year on the slate for the Crimson+Blue coalition. Wilk said some of his biggest goals if elected include assembling a transfer student advisory board and addressing sexual assault.

“When you go through something horrific like sexual assault, you need help getting back up on your feet,” Wilk said in a previous Kansan article. “Some can do it on their own, but if the help’s there, take the help. And from being out a couple of instances, at the bars, I feel like we can communicate better with them to create a safer environment for everyone.”

There will be no referendums on this year’s ballot.