In effort to address conversations of racism and discrimination on campus led by Rock Chalk Invisible Hawk, Student Senate released a statement on Monday night with 11 issues and proposed initiatives. 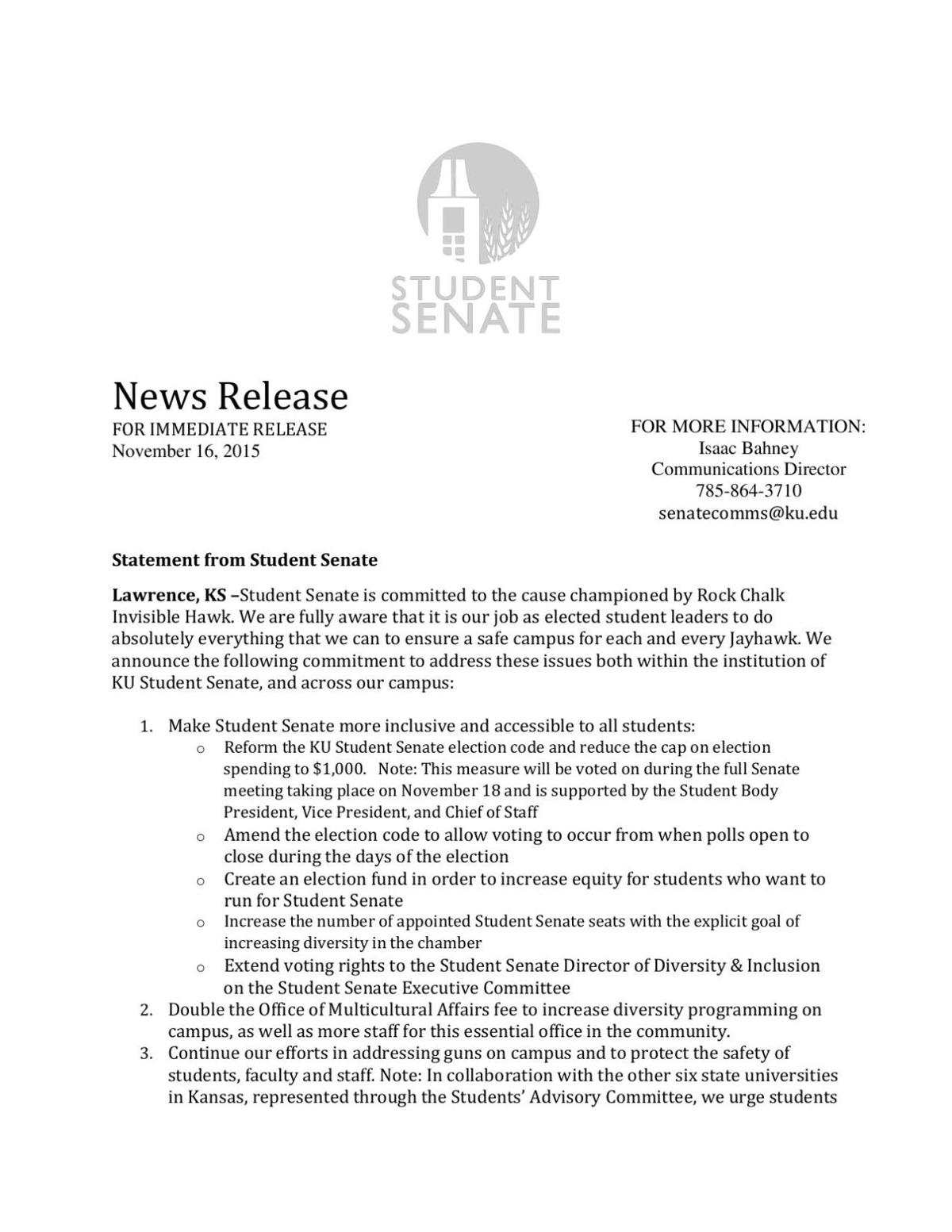 Some of the 11 proposed initiatives respond to Rock Chalk Invisible Hawk's 15 demands. Others stemmed from conversations in the town hall meeting on Nov. 11.

“We looked at the demands and we looked at what role Senate can play in helping Rock Chalk Invisible Hawk, and these are some of the items we elicited,” Pringle said on Monday. “Hopefully we’ll receive some feedback on what we can do.”

According to the statement, there will be a discussion at the full Senate meeting on Nov. 18 regarding Rock Chalk Invisible Hawk's call for a multicultural student government.

Although Pringle acknowledged the discussion could be tense, she said it's important to remain calm to be successful.

“I think being calm and collected is going to be needed,” Pringle said. “Emotions are going to be high, but we can’t let emotions get in the way of a productive discourse on what we need to discuss to move forward.”

The Student Executive Committee called for the resignations of Pringle, George and Moon on Friday night. The three released a statement on Saturday morning in response.