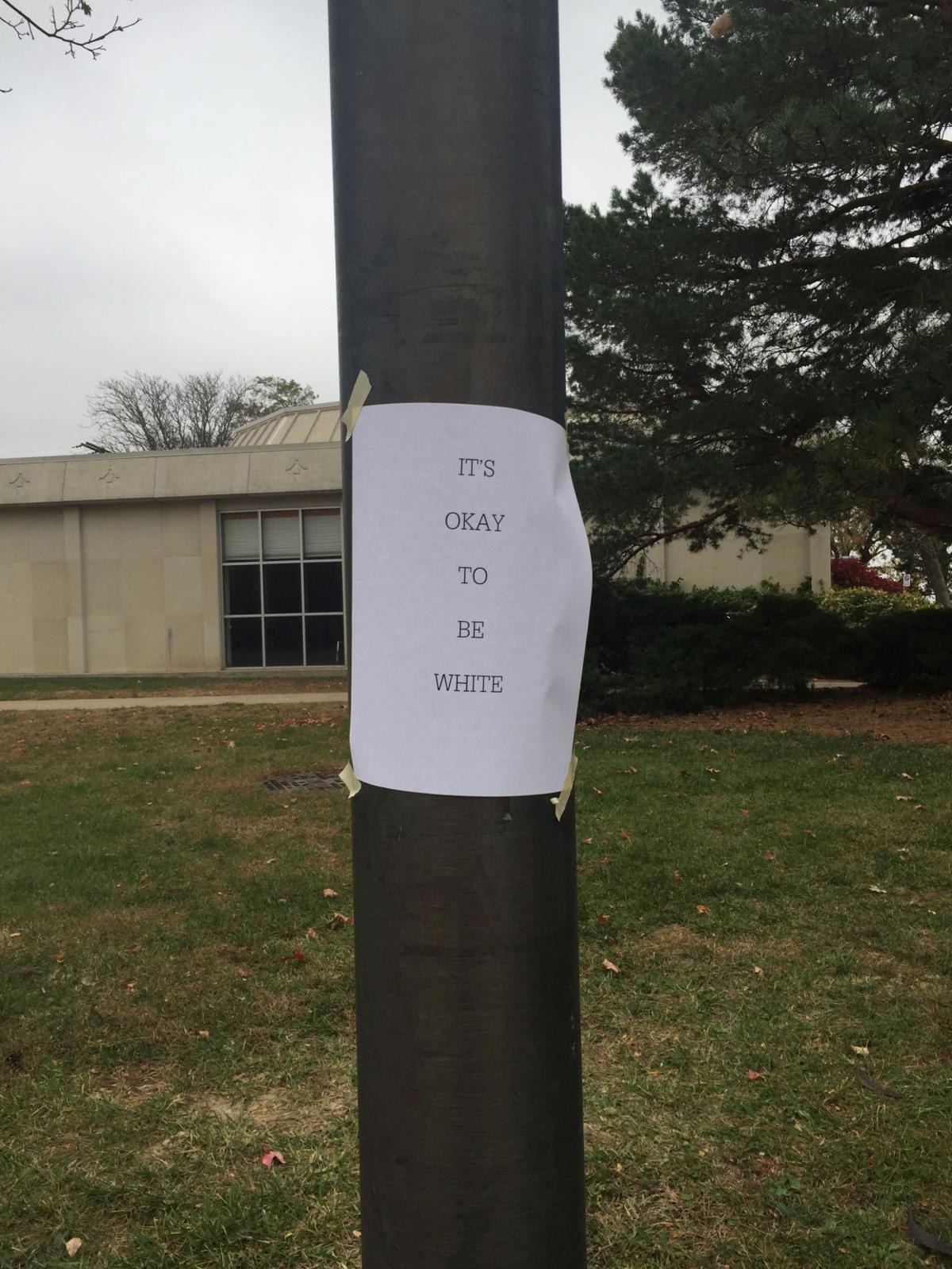 A poster with "it's okay to be white" on it was posted on a utility pole across from the Union Wednesday afternoon. 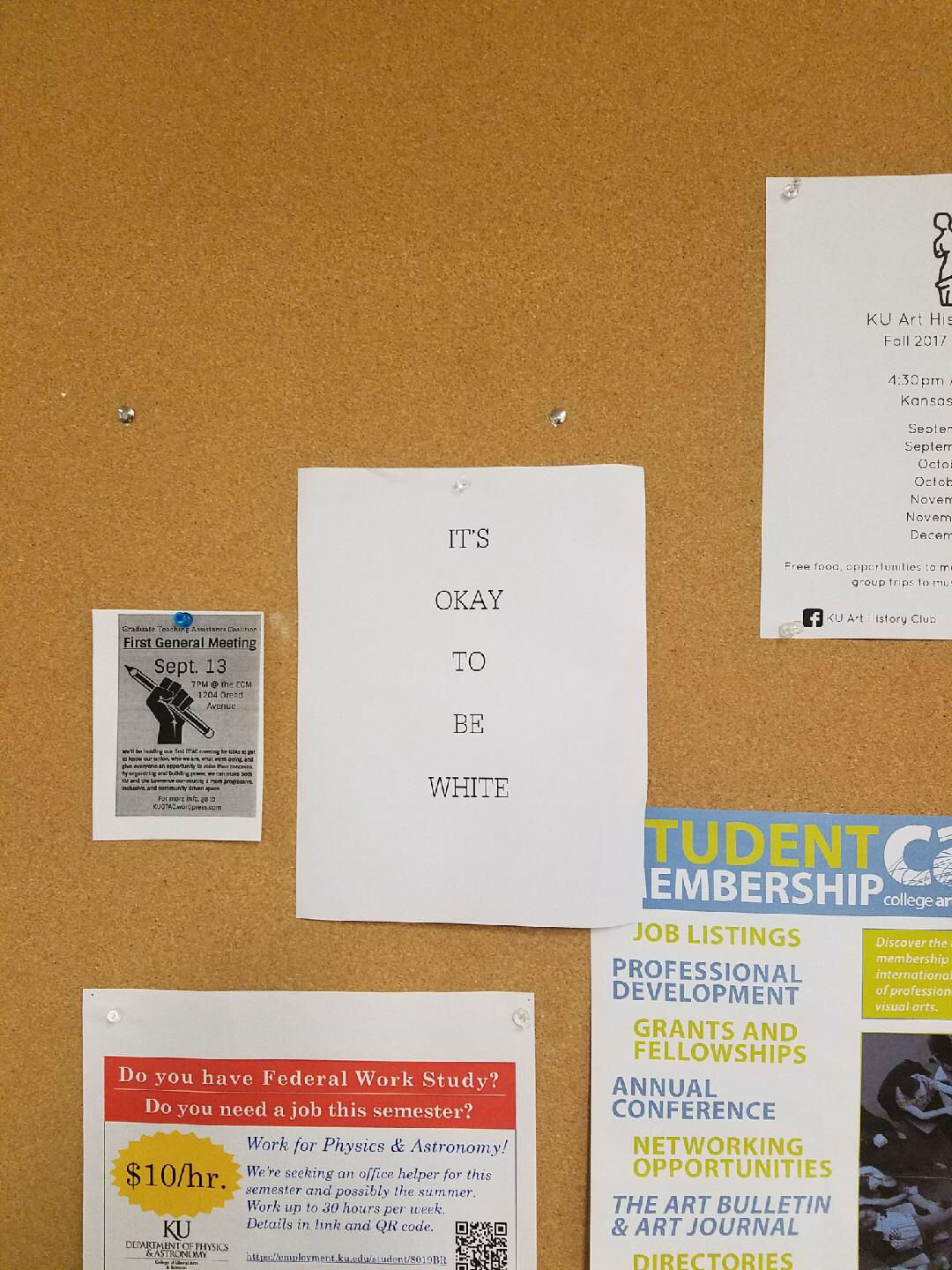 Less than a day after several posters saying “It’s okay to be white” were posted around campus, the Multicultural Student Government issued a statement of condemnation.

“We would like to let everyone know that we are working towards finding a solution,” the statement, posted on the group’s Instagram, said. “We will do everything to make sure there is no need to divide the students of the University of Kansas.”

No instance of discrimination will be tolerated by MSG. We will work long and hard to ensure OUR safety. We are available for anyone looking for an outlet. Be safe. #WeOutHere

The posters, located on a light pole outside of Smith Hall as well as bulletin boards in Chalmers Hall, were reported as early as Wednesday afternoon.

Your next cup of coffee could be made without coffee beans

Videos reveal how wealthy Natives lived during the oil boom

According to the policy, these materials cannot be posted on the following: walls, utility poles, vehicle windshields, exterior doors, chairs, bus stops, newspaper distribution boxes and other surfaces that aren’t designated for use.

So far no one has taken responsibility for hanging up the posters. At the time of publication, several of the posters had been removed.

Student Body President Mady Womack said in a statement to the Kansan that messages such as those on the posters should be denounced by individuals at the University.

“I am deeply disgusted that this organized online campaign to divide University communities across the country has come to our campus. It is shameful that anyone would use these posters to promote a racist agenda,” Womack said in an email to the Kansan. “As Jayhawks, we must condemn white supremacy wherever we may find it.”

Sanders: Recent posters on campus not worth attention, stress

Kansan writer Merrik Sanders argues that posters encouraging a racial divide that have been recently found on campus should be dismissed.