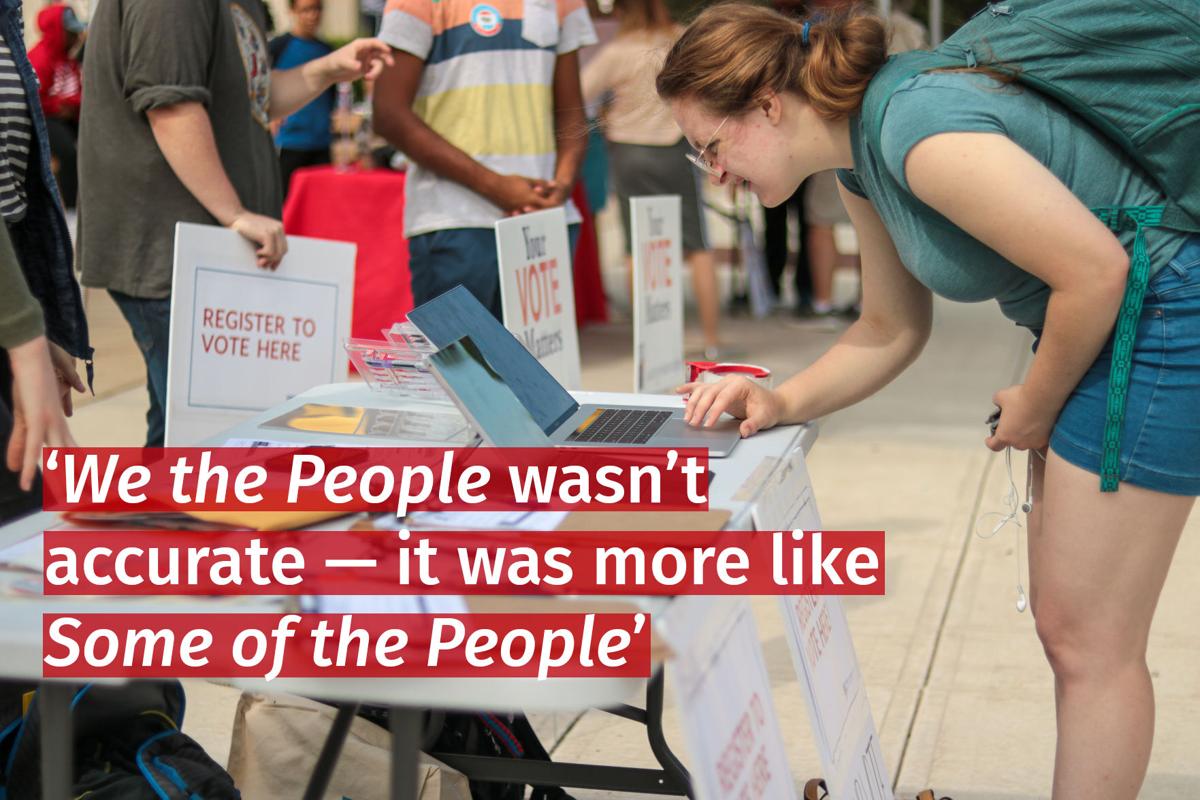 Student Senate Government Relations Director Logan Stenseng writes why it's vital for University of Kansas students to turn out to vote. 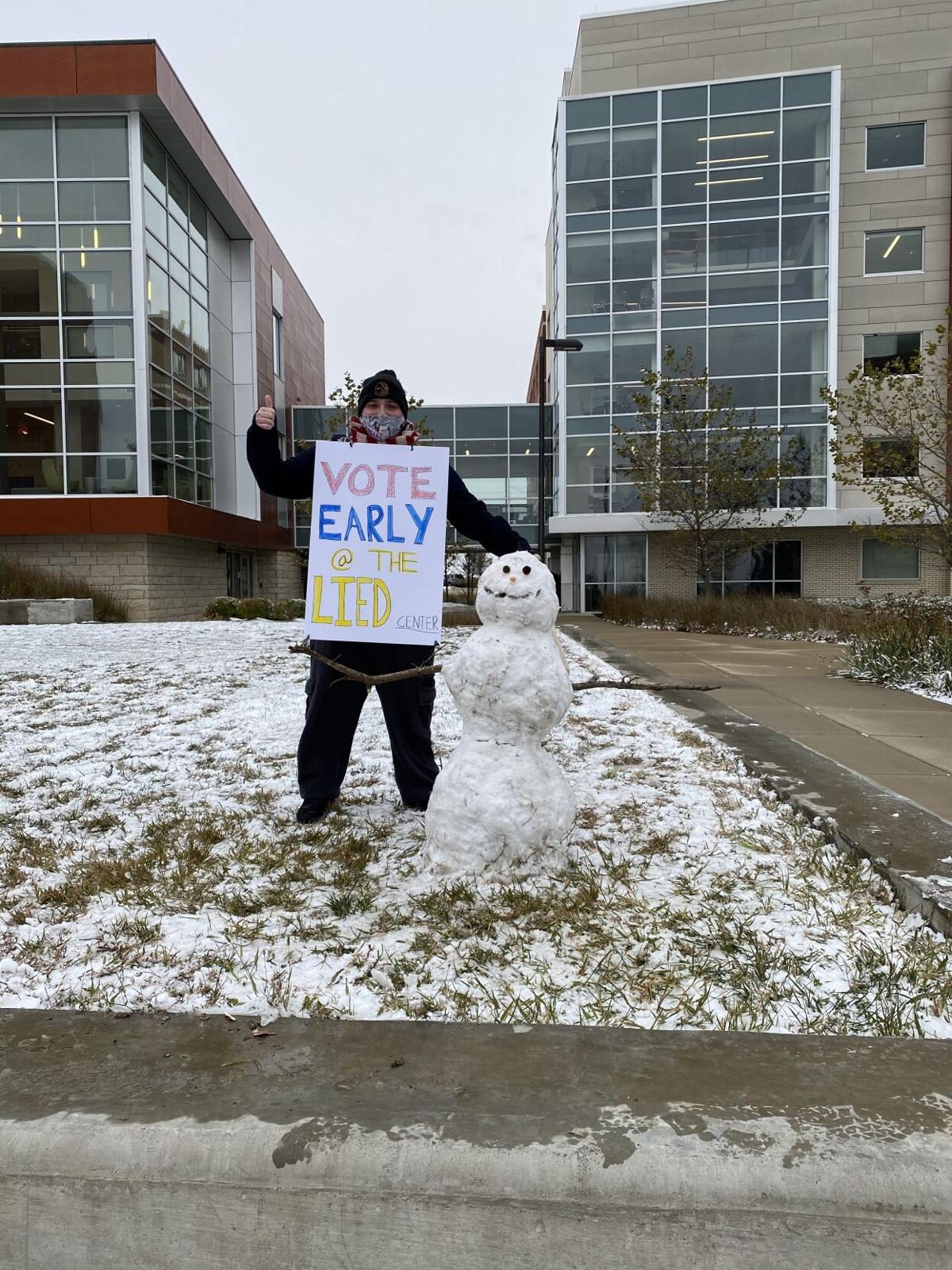 I grew up believing that being actively engaged in elections was a waste of people’s time. I remember in high school thinking about how big our nation’s problems were, and how one individual’s vote would not impact anything — it was all in the hands of those in power.

This was fine with me at the time because I trusted our elected leaders to address our country’s challenges. I had the idea that We the People had elected them to do the job, so they had to be the best people to serve our interests, right?

Turns out, my uninformed assumption they were elected by We the People was not accurate — it was more like Some of the People.

In the 2016 election, only 60% of the eligible voting population voted. This is especially concerning because it was a presidential election year when the overall voter turnout is typically the highest. In other election years, the voting rate often hovers near 50% or dramatically less in local elections.

The lack of voting participation is even more clear in the college student demographic, where college-age voters are historically less likely to vote. At KU, only 51% of students voted in the 2016 election — that’s 1% above the national average for college student voter turnout.

We can support changing the voting laws to make the process easier. We can create a culture of civic engagement for college students so they are life-long voters.

But the challenge of voter apathy is more difficult to solve because it’s rooted in people not seeing the importance or value of participation in our democracy. I have first-hand experience with these feelings, and it is a mindset that is not easily changed.

A graphic created by a cartographer out of Texas perfectly illustrates how problematic voter apathy is in the United States. Using 2016 election data, this graphic gave every voting-eligible person who did not vote an imaginary vote for a candidate named “Nobody.” The result was a clear and decisive victory for “Nobody” with 445 electoral votes. The graphic shows how urgent it is that we all participate, so our elected leaders represent all of our interests.

So, how do we combat this urge to tune out of politics and elections?

The first step is realizing that not only is it important for you to vote, but it’s even more important that you encourage others to vote too. This is crucial to preventing your fellow community members from being disenfranchised. Leveraging your social connections is the most effective form of outreach that increases turnout. Your action and leadership is needed to help others, even strangers, overcome their own hesitation or other barriers to voting.

The second step is creating the mindset around civic engagement as a life-long practice that lasts 365 days out of the year. Elections happen for certain offices every two, four or even six years — so what are we doing in the meantime? Fostering year-round civic engagement is how we hold our elected leaders accountable throughout their term, and how we can get apathetic voters invested in the political process.

This second step is ultimately what persuaded me to the importance of voting. I realized that my vote is really just my voice, and I can use my voice to help empower other voices which results in a greater overall impact.

Election Day is Nov. 3 in the United States. I encourage you to reach out to those in your community, physically or over social media, and ask them about their voting plan. You never know who you might help with your reminder, and it is important to normalize this most fundamental civic duty.

If you or anyone you know has a voting question, you can email at senategovrel@ku.edu and I will help you immediately.

After the election, some of you might need to take time to recuperate and rest — I know I will. Take care of yourselves first; then continue the work of caring for those in our community through organizing and sustaining civic engagement year round.

Our work is never done because this societal experiment of democracy is a work in progress, and We the People must lead that experiment every step of the way.

Completed submissions must be exclusive to us.

We ask for everyone to include a one sentence author ID at the top or bottom of the submitted column.

Op-eds can be submitted via email through editor@kansan.com.