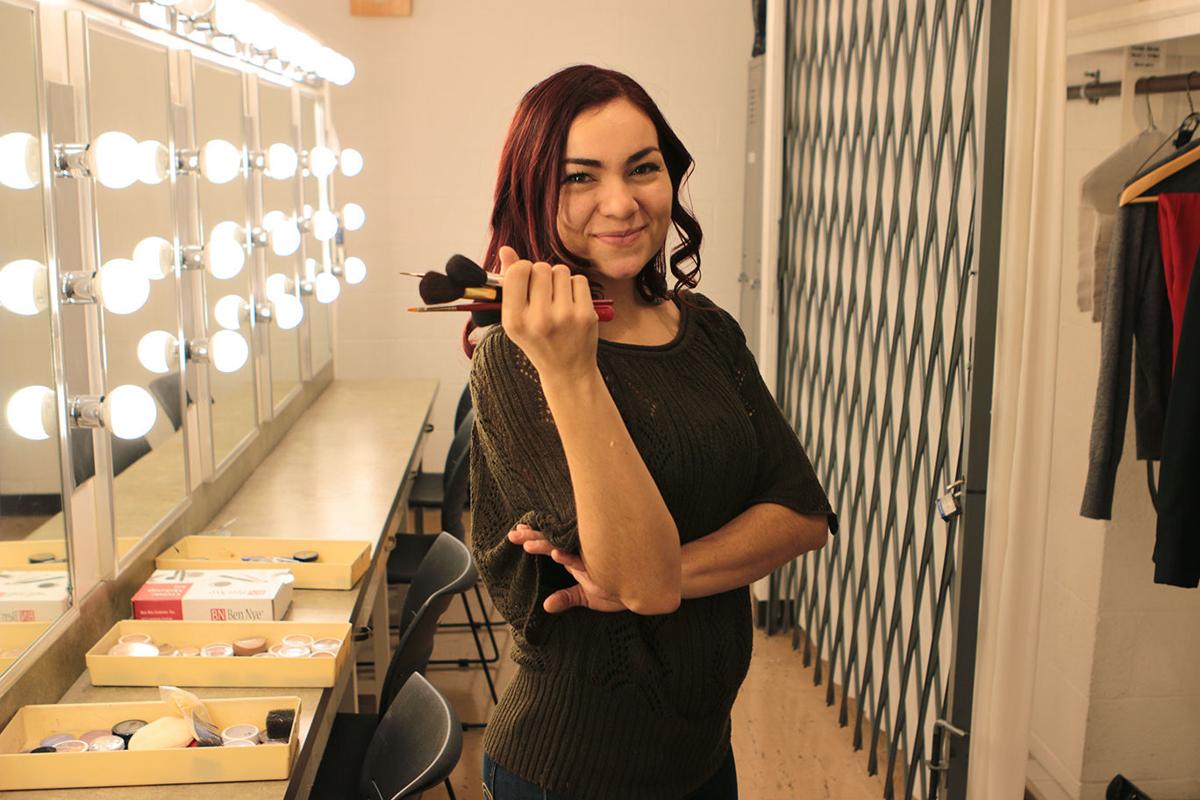 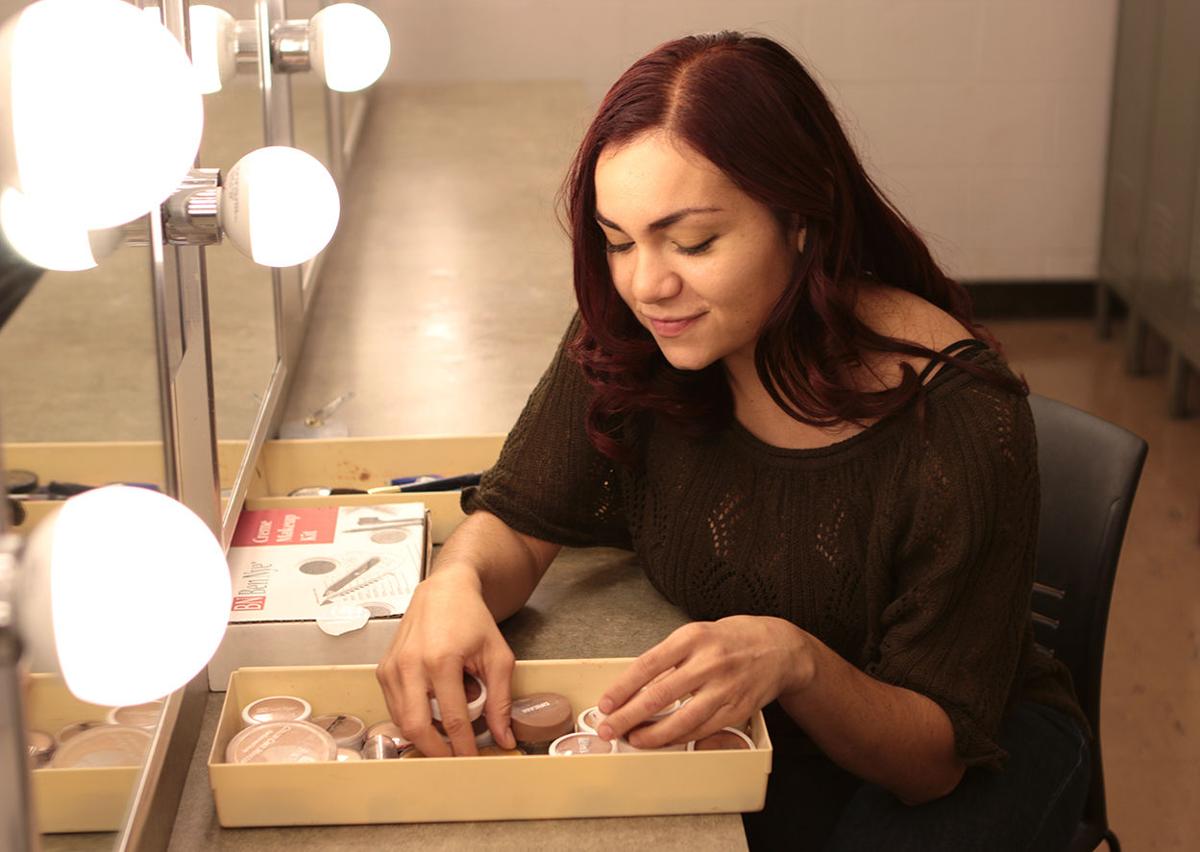 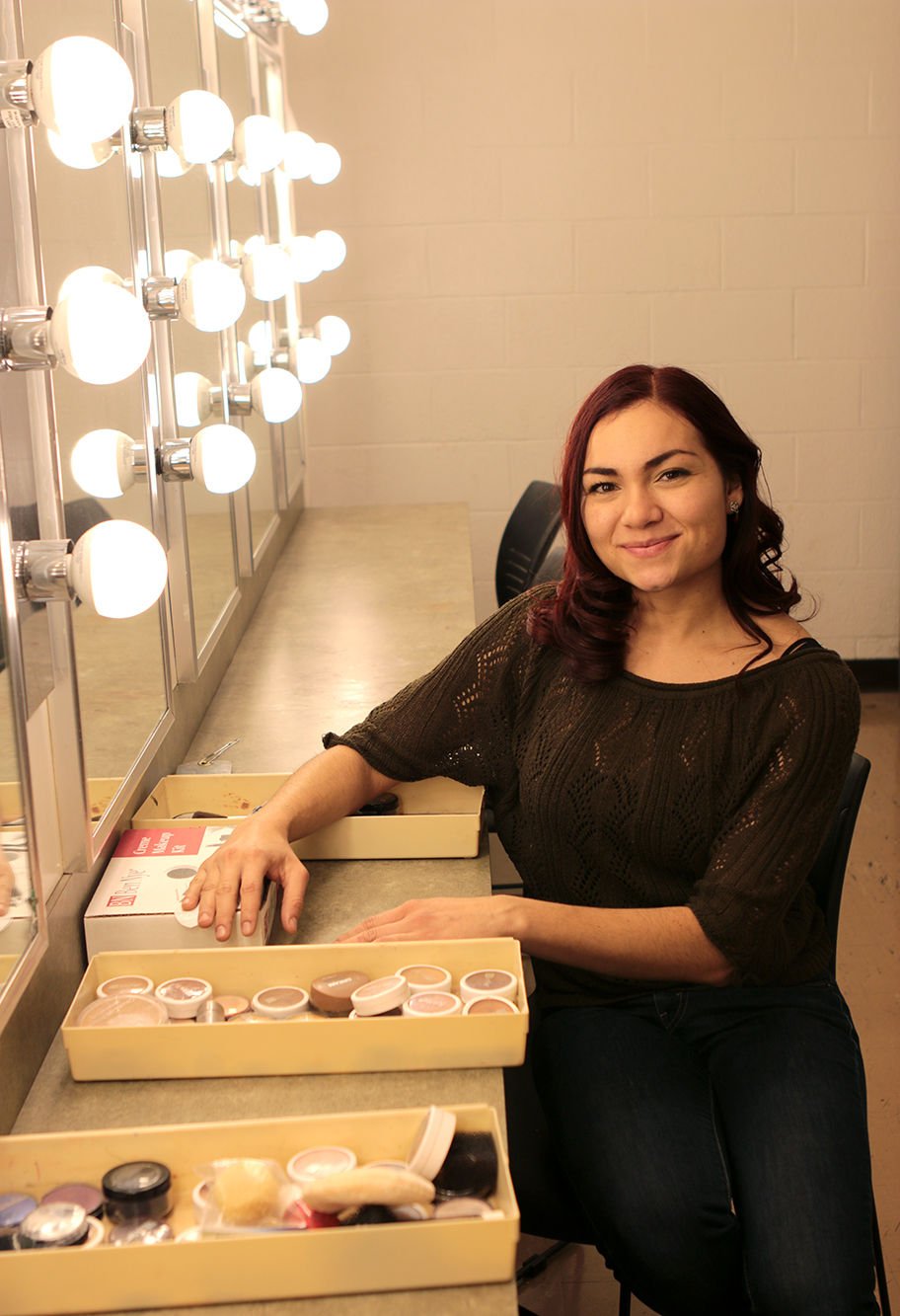 Pamela Rodriguez Montero arrives at Murphy Hall around 9 a.m. each day. On her way to work — the backstage world of — her students and fellow theater lovers greet her.

“Theater has something about a community that is just so beautiful,” she said. “Everyone involved does some part, and then everything comes together in a whole big thing. It’s just magical.”

Rodriguez Montero is a graduate student from Costa Rica pursuing her master's degree in scenography — the integrated study of all the visual elements in the theater, like sets, makeup and lighting. She also works as a makeup and stage designer for University Theatre.

“Theater is inclusive of everyone and has the ability to work with any department,” she said. “You can combine theater with any other discipline, which is something I love.”

This love ultimately led her to choose scenography as her study focus.

One of the biggest discoveries she made during her experience at the University is her passion for teaching. Before that, she never considered teaching as a career path. When she was told she had to teach a class as part of her program, she said she was a little worried about it.

“I was scared, at first because English is not my first language, and I thought they wouldn’t understand me through my accent, but it turned out fine,” she said.

She now says she enjoys watching her students grow and gain more confidence in their talents throughout the semester.

When working for “Johanna: Facing Forward," her second play working with Rodriguez Montero, junior Kate Smeltzer would see Rodriguez Montero for hours each day. As a result, she even has her Jimmy John’s order memorized.

“She is so inspirational and has opened so many doors for me,” Smeltzer said. “I have never done makeup before, but I want to do it professionally now.”

Smeltzer said she did not expect being handed so much responsibility in the development of the play from the very beginning, but that's what happened. She said that on the first day of work, Rodriguez Montero put her in charge of the papers — an important part of the “Johanna” set.

“It’s like she never doubts a person for a second that they are capable of doing something,” she said.

"As a teacher, she is so patient and calm, but most of all, so encouraging,” Smeltzer said. “She gets excited to see us growing as students.”

Since Rodriguez Montero has been at the University, she has participated in four plays, designing the sets, stages and makeup. The most significant play she has designed so far is “Johanna: Facing Forward," which is based on a real-life story about a Latina teenager who survived abuse.

“The story was so powerful, and I got to meet with the real Johanna,” she said. “It was an amazing experience.”

She studied as an undergraduate in Costa Rica, where she obtained a bachelor's degree in visual arts. Ever since high school she has been actively involved in the theater world, and one of her dreams was studying in the United States. The prolific theater industry the U.S. has to offer, she said, put the country as her next stop. She said studying abroad has been a powerful opportunity.

“You learn a lot of things about yourself and about the world,” she said. “You become more attached to your country, your traditions.”

“Definitely, the food,” she said, laughing. “I cry when I find some of it in the supermarket.”

But the University environment and the Lawrence community as a whole have made her transition to the United States easier. The Small World, a nonprofit organization in Lawrence, is the place that helped her the most those first few months, she said. She developed and improved her English skills, which prepared her to eventually apply to the University and pursue her graduate studies.

“There’s just a human quality at KU that I find to be precious,” she said.

When she's not in the theater, Rodriguez Montero is part of the Latin American Graduate Organization, where she meets with the other members mainly to dance but also to hang out. However, exercising is her main hobby. She belongs to the Lawrence running group Red Dog Dog’s Days and also loves doing yoga. She is currently trying acro-yoga, which is yoga with a partner.

“She’s a ball of energy and very enthusiastic all the time,” she said, "even in the early hours in the morning.”

Now in her last year of the program, Rodriguez Montero already looking ahead. So far, she said, she only knows she wants to continue working in a university environment, whether teaching or designing productions — but not necessarily at KU.

“I’m open for everything, whether it’s here in the U.S. or Costa Rica, or anywhere else in the world,” she said. “After all, you just have one life.”

A day in the life of Pamela Rodriguez Montero

2-5:45 p.m. Work on school projects or go to classes. This can change during technical weeks (week of rehearsals to coordinate the technical aspects of a show and adjust the designs).

Day in the Life celebrates this diversity and uniqueness. From students to faculty to staff, Jayhawks on campus do incredible things, and this…