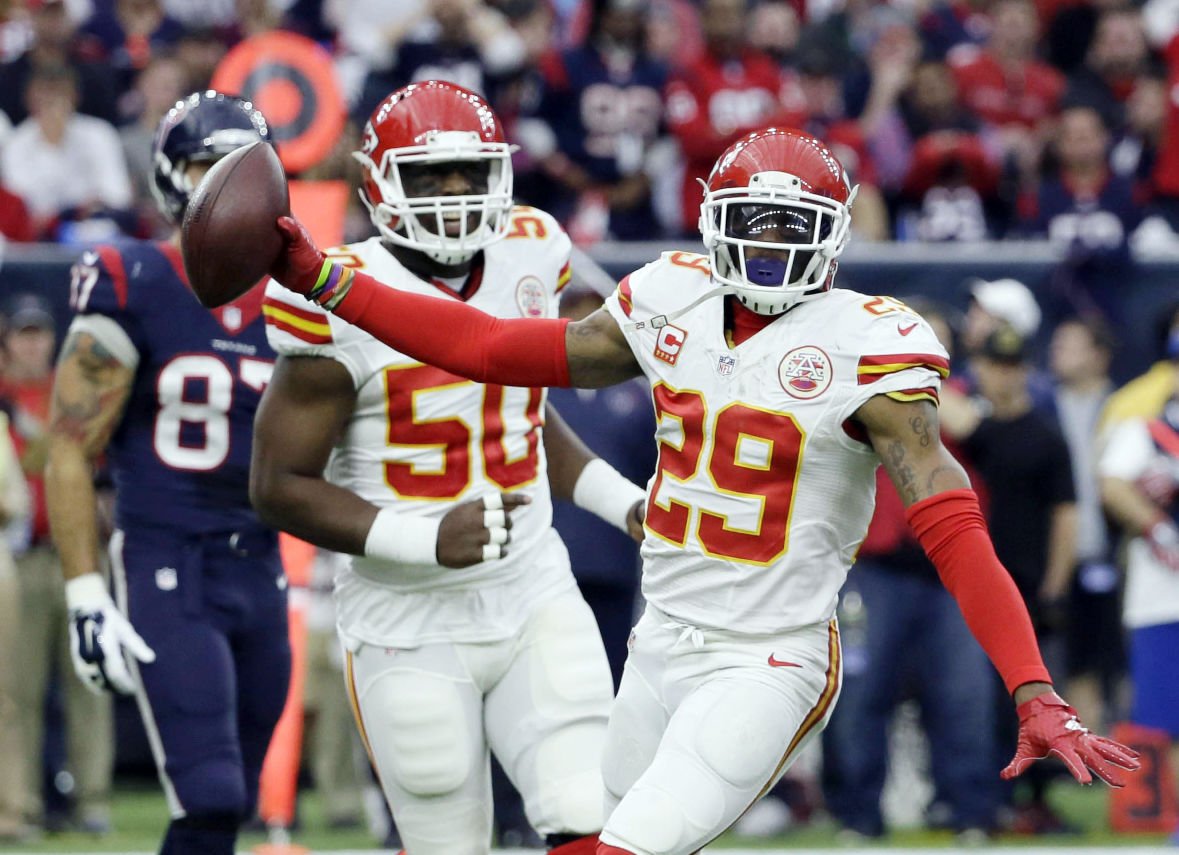 In this Jan. 9, 2016, file photo, Kansas City Chiefs free safety Eric Berry celebrates after an interception against the Houston Texans during an NFL wild-card playoff game in Houston. 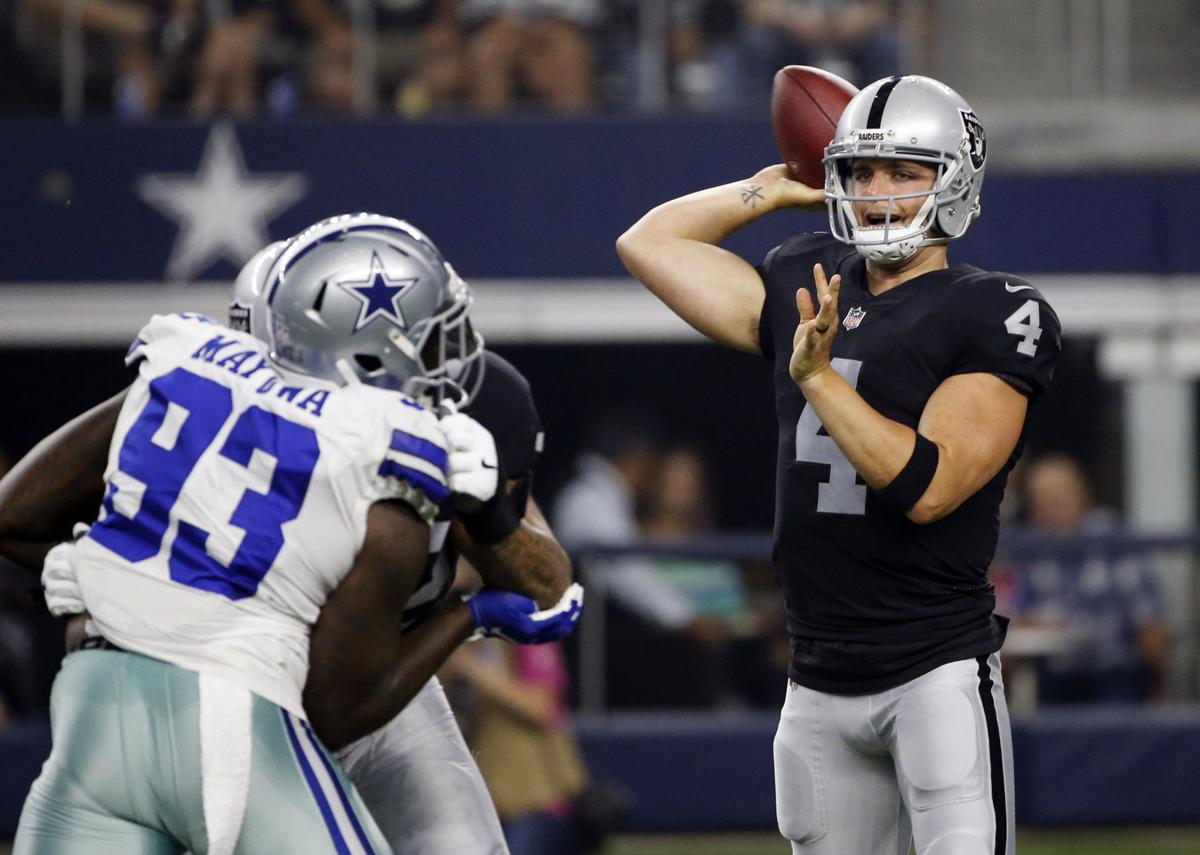 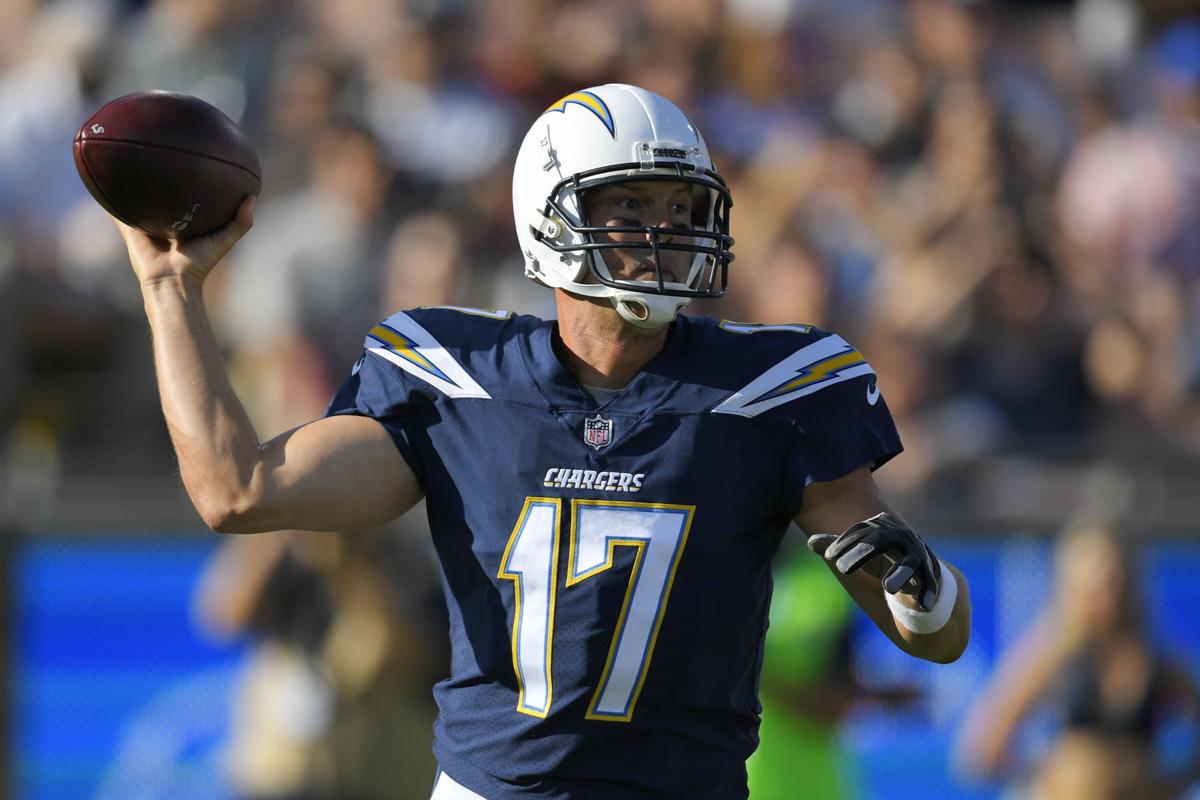 Los Angeles Chargers quarterback Philip Rivers throws a pass during the first half of a preseason NFL football game against the Los Angeles Rams, Saturday, Aug. 26, 2017, in Los Angeles.

Kansas City Chiefs defensive back D.J. White (24) celebrates with fans after he intercepted a throw to New York Jets wide receiver Brandon Marshall during the second half of an NFL football game in Kansas City, Mo., Sunday, Sept. 25, 2016.

The 2017 NFL season kicks off next week when the Kansas City Chiefs visit the defending Super Bowl champion New England Patriots on Sept. 7.

Although the defending champions reign in the AFC East, many believe the best division in football is the AFC West.

The Chiefs are the reigning division champions. However that was only after the division-leading Oakland Raiders saw their starting quarterback Derek Carr injured for the season in Week 16. This division also includes the Super Bowl 50 champion Denver Broncos, who were riddled with quarterback issues last offseason following the retirement of Peyton Manning.

Lastly, the Los Angeles Chargers bring their franchise back to the 90210, hoping to get out of the bottom position with young talent.

The Chiefs and Raiders will likely be battling for the top spot. The Broncos are not far behind and will be a big threat to both. The Chargers, who may struggle in a new home, aim to get back into the postseason as Philip Rivers is coming into his last few seasons in the league.

The Oakland Raiders hope to bounce back after Carr broke his fibula last season, crushing the chances of winning their first postseason game since winning the division in 2002. With Carr now back to 100 percent, the Raiders made offseason moves by acquiring running back Marshawn Lynch following his one year retirement from the league.

With a top addition and healthy quarterback, they are favored not only in the division but will challenge the top spot in the AFC with the Patriots, whose top receiver Julian Edelman had his season ended on Friday with a torn ACL.

The Chiefs look to continue their winning efforts this season following consecutive postseason appearances for the first time in 21 years. However, the Chiefs faced offseason issues with the surprise release of top wide receiver Jeremy Maclin, three weeks prior to the equally shocking firing of general manager John Dorsey.

In addition to the eventful summer, running back Spencer Ware went down in Friday’s preseason game and his season is likely over. As a result, rookie Kareem Hunt should get the top spot at the position and aim to impress, along with young wide receivers Tyreek Hill and Chris Conley, who should receive more prominent offensive roles.

With a difficult schedule,11 games against teams with winning records in 2016, the Chiefs will have fewer chances for easy wins. That will likely end up costing them the division. However, I still see the Chiefs earning a wild-card spot and continuing to their third straight playoffs.

The Denver Broncos will try to get back in the playoffs after winning the division for five straight seasons from 2011-15. Quarterback Trevor Siemian has once again won the starting quarterback battle.

Siemian failed to guide the team back to the playoffs in 2016, but they were faced with injury trouble and tougher divisional opponents.

Despite this, the team still has a top defense starring Kansas’s own all-pro cornerbacks Aqib Talib and Chris Harris Jr.. The defense will help the team maintain a .500 record and ruin rivals’ playoff hopes.

The Los Angeles Chargers, 111 miles north of their 56-year home in San Diego, will dream that a new location does not negatively affect the team as they try to get back in the postseason for the first time in four years.

Quarterback Philip Rivers, 35, has three years left on his contract and will likely retire after. Therefore, the organization will want to give him one last run as the years wind down.

The Chargers have the unfortunate role of being the bottom team in the top division in football, however, unlike other struggling teams in the league, they have promising young talent like defensive end Joey Bosa and running back Melvin Gordon, who hope to help get their organization back on top.

A new home will likely affect their support, but in the end any positives on the field will counter the negatives off of it. They will find themselves in fourth place again this year, but expect them to be a heavy challenge for all divisional opponents and certainly take away others’ needed victories.