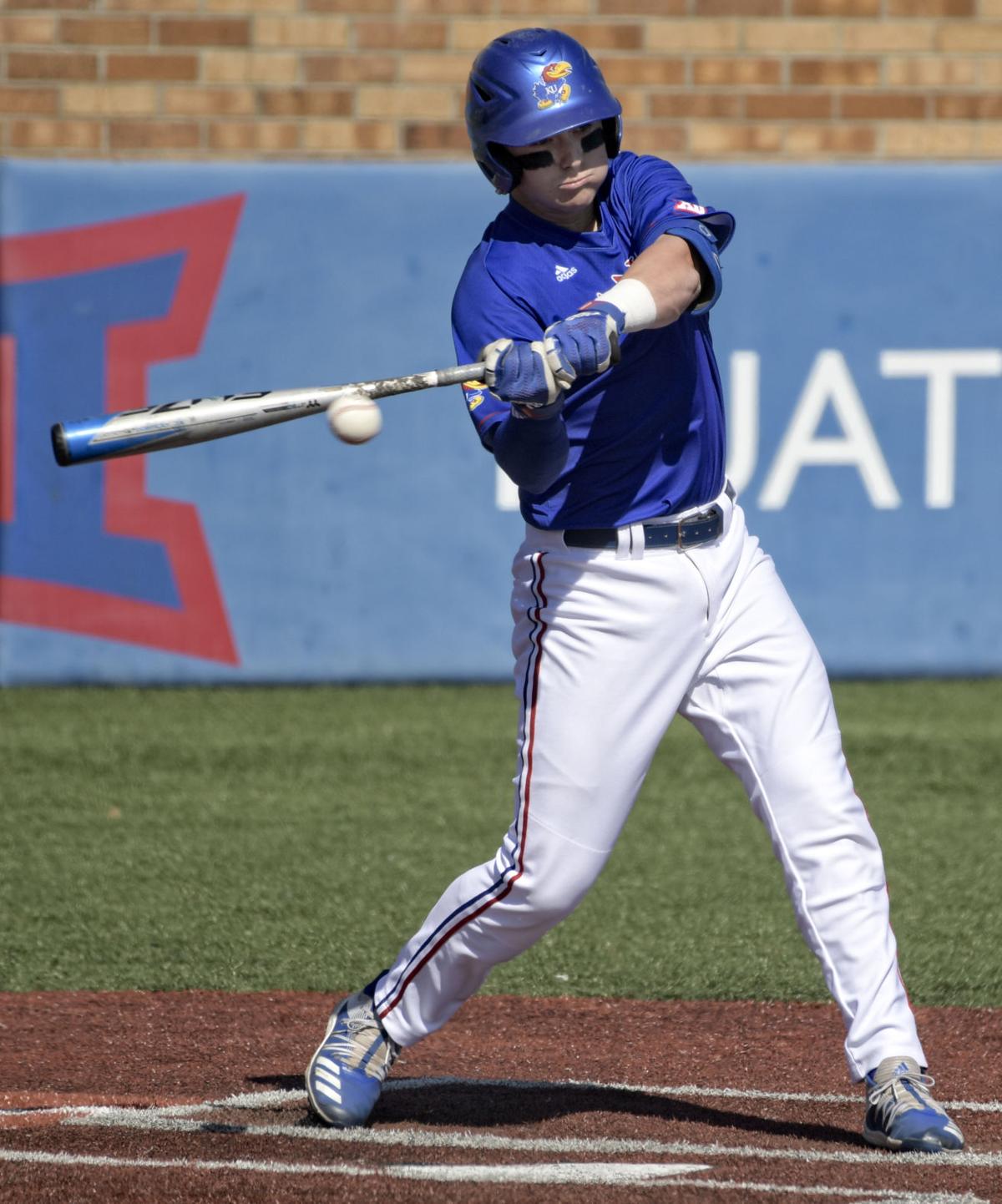 Freshman catcher Anthony Tulimero hits the ball against Indiana State at Hoglund Ballpark. The Sycamores defeated the Jayhawks 8-2 on March 8. 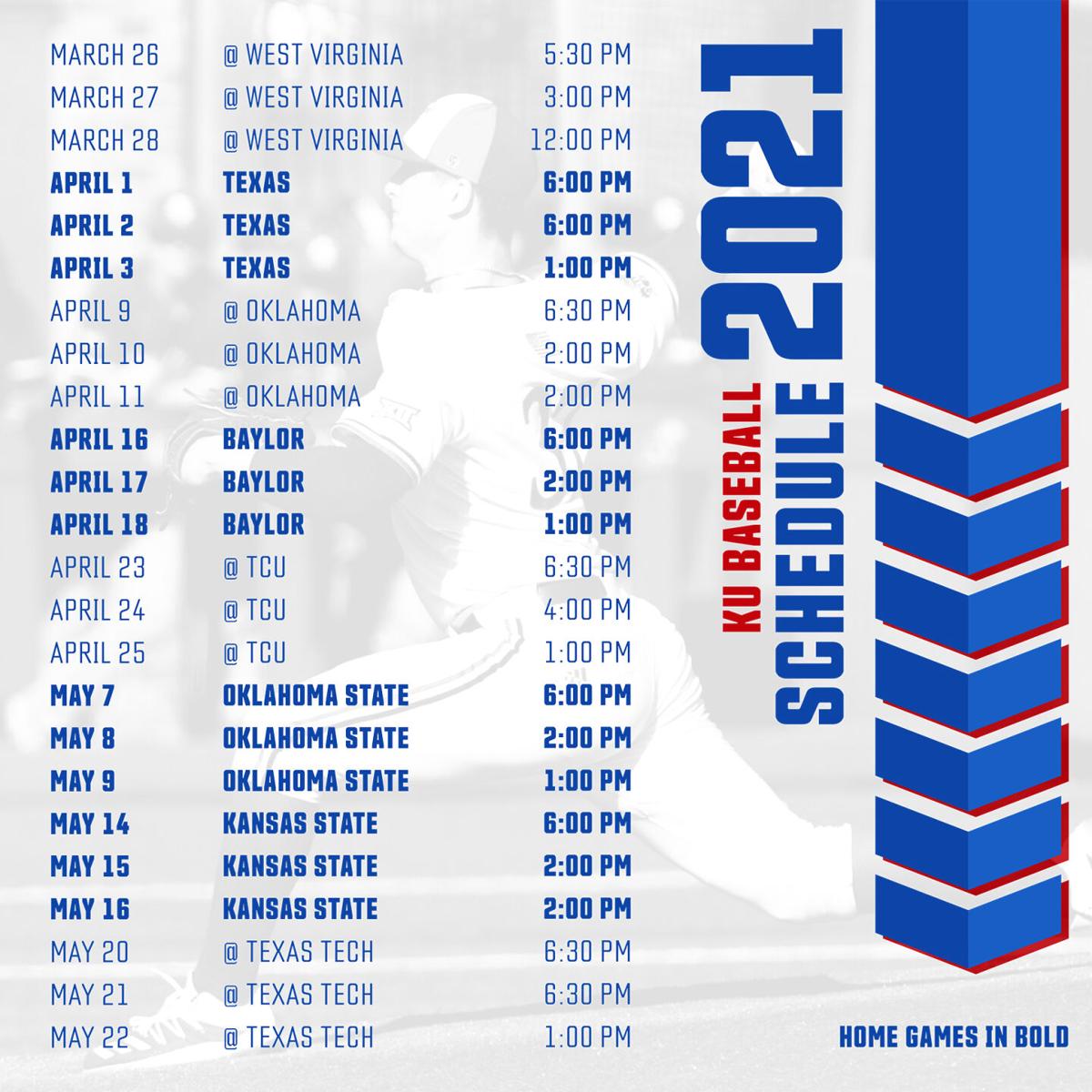 All series dates are scheduled to change due to COVID-19 protocols, as well.

“The Big 12 coaches and myself all believe from top-to-bottom this will be the best year of Big 12 baseball in the history of the conference,” Kansas coach Ritch Price said in a Kansas Athletics news release. “Everyone’s roster is stacked with seniors getting an extra-year of eligibility, giving everyone five recruiting classes, and the shortened five-round MLB Draft left five to seven guys that should be playing professional baseball right now on everyone’s roster. College baseball will be the best and most competitive in the history of the sport.”

As far as non-conference play, other Power 5 conferences, such as the SEC and ACC, have released a full non-conference and conference schedule. Some SEC teams — such as Arkansas, who currently has games scheduled against Texas Tech, Texas and TCU — even have Big 12 teams scheduled.

With the official season starting Feb. 19, there is just over a month to schedule non-conference games before conference play starts in late March. With COVID-19 still prevalent across the nation there is no clear answer as to whether there will be a full baseball schedule for the Big 12. However, the full schedules for the SEC are a promising sign.

The Jayhawks were 7-10 before the 2020 season was cut short due to the COVID-19, which was right before Big 12 play was scheduled to start. Kansas will look to build off what they started last year and have a schedule with competitive conference foes on the calendar.